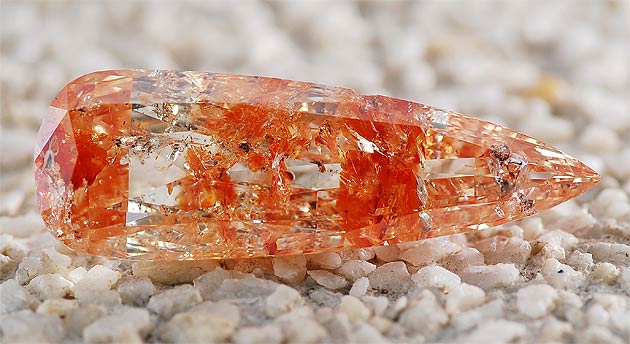 The same kind of miraculous circumstance that transforms a child into the King of Colored Diamonds empowered a  colored gem to undergo metamorphism, becoming the very embodiment of an ancient Asian legend: a 32 carat diamond, aptly named Koi.

From the diamond fields of the Congo, to a vault in Antwerp, this beautiful gem  represents the eternal quest to overcome impossible odds. A single koi leaping an insurmountable waterfall is, in a very real way, exactly how the Koi Diamond began its journey, a journey with so many parallels with the life of the man telling its story: diamond legend Eddy Elzas, the King of Coloured Diamonds. 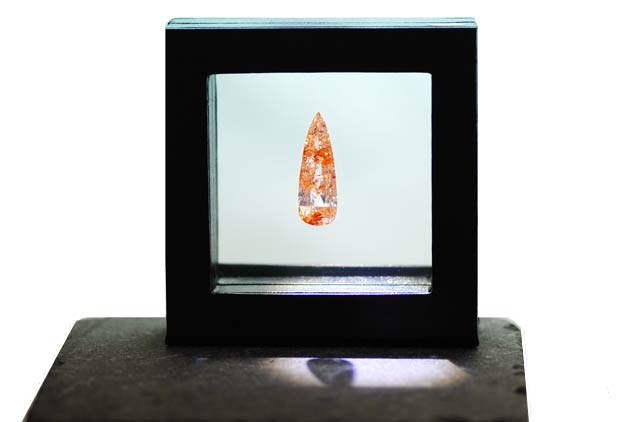 A  60+ carat piece of raw diamond was discovered a little over a decade ago in the Congo. Back then, the rough, industrial-grade diamond, was slated to become many chips of low grade gemstones. But the fates had other plans for it. As Eddy Elzas tells it, the genius who transformed the gem into the priceless Koi Diamond of today was an artisan of miraculous vision.

While the cutter remains anonymous but to a few, his clarity of artistry somehow sat free the koi fish that was trapped within the stone. Thus, this koi escaped its worldly confinement, to become a one-of-a-kind precious gem, just like its legendary ancestor once, which leaped through the Dragon Gates to become a celestial dragon.  Or, if you want something human to relate to, just like a child, born under a rail car somewhere in occupied France in 1942, to become the King of Coloured Diamonds, owner of the fabulous “Rainbow Collection,” the most valuable collection of fancy diamonds in the world. If the koi is a symbolic example of going against unfavourable odds to achieve and impossible destiny, Elzas himself is an iconic human example of possibility. 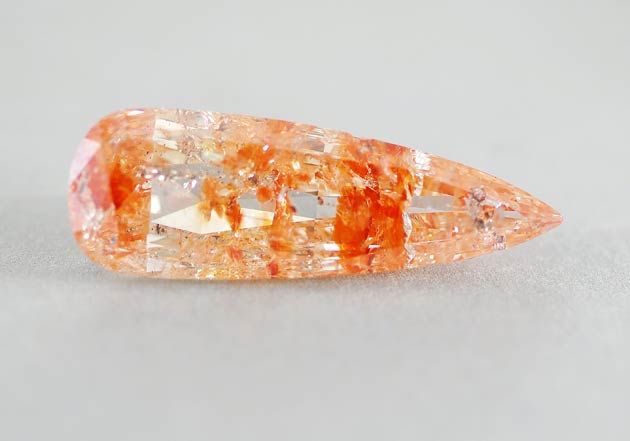 Elzas related to me how the priceless, pear shaped, and miraculously coloured fancy diamond, could not even be classified without his expert help. Thomas Moses, senior vice president of the GIA (Gemological Society of America) asked Elzas to help classify the stone, and this is when the Koi literally “swam” into Elzas’ offices. The King of Coloured Diamonds tells how amazed he was when he first touched the legend “wished” into existence by the amazing cutter.

The Koi Diamond is truly one-of-a-kind, and amazingly,  its unique qualities, with graduations in color ranging from white, to orange, light yellow, dark blue, and even black, make up a large gem that embodies Chinese and Japanese artistry depicting the koi fish in transition.  Now certified by the GIA, and owned by Rawstone Business Holding, the Koi sits in a vault in Antwerp awaiting its next special appearance. Only one thing is certain at this stage: whoever touches the koi, becomes part of the legend.