Simon Wittenberg meets with Arthur Brouwer the CEO of Heesen Yachts at its headquarters in the Netherlands to talk Project Cosmos, the superyacht sector today, and going green.

LM: With Project Cosmos, what are the implications of going 10 metres bigger than Galactica Super Nova?
AB: The main implication of going to 80 metres with Project Cosmos, is that we had to design a new hull structure, because you can’t simply extend that of a 65 or 70-metre yacht. This meant quite a bit of planning, design and development work and expanding our workforce to ensure that we could float the vessel in three years’ time.

The “Backbone”, the internal structure of Project Cosmos, is a nifty idea. It will be very well executed, but it took us some time to design it, and to do the strengthening and testing of the structure. 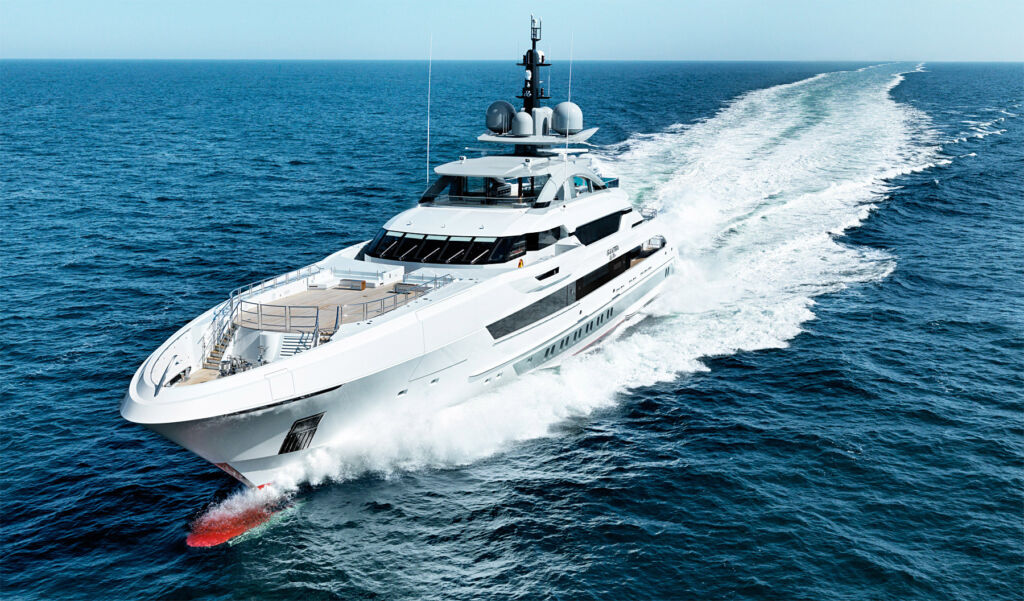 LM: What is the reason behind the names of the yachts which are associated with space e.g. Galactica Star, Galactica Super Nova, Castor (a star in the Gemini constellation) and Cosmos?
AB: We choose a “family” of names so that, if people or the brokers read about a yacht, they will readily associate the name with Heesen. It’s also like a signature and a trick of creating the right mindset.

LM: Is it common for a shipyard to pick a group of names for their yachts?
AB: Like us, some of our competitors have this practice, whilst others just choose numbers. Because we build things, we like numbers too, but for the market, the names are always more recognisable. When we give the project a reference, e.g. Project Cosmos is YN19480, 194 is the next hull number in our sequence, whilst 80 is the length of the yacht in metres.

LM: When a name is chosen for a yacht, is this purely at the request of the owner? At what stage of the build process is the name decided?
AB: It is purely the owner’s choice, and it’s very rare that they ask us for our input. The name can be chosen up to a year and a half before the completion of the yacht, because we have to weld or glue it on to the vessel. All the documentation and legal work needs to be done too.

LM: Do you have a typical client, and has the customer profile changed over the decades?
AB: It has changed, and there is no longer a typical client. Demand from buyers in Russia / Eastern Europe has fallen during the last few years, whilst it has grown from the US. Europe is a stable market and we are having more and more success in the Middle East. We haven’t yet conquered the Far East, but we will keep trying!

LM: You have the capacity to build up to 83 metres in length. What happens if a customer wants a vessel that’s bigger than 83, such as 100 metres for example?
AB: We would probably say that we could build you an 83-metre yacht! We wouldn’t be able to construct a 100-metre yacht, and we wouldn’t refer the business to another shipyard. 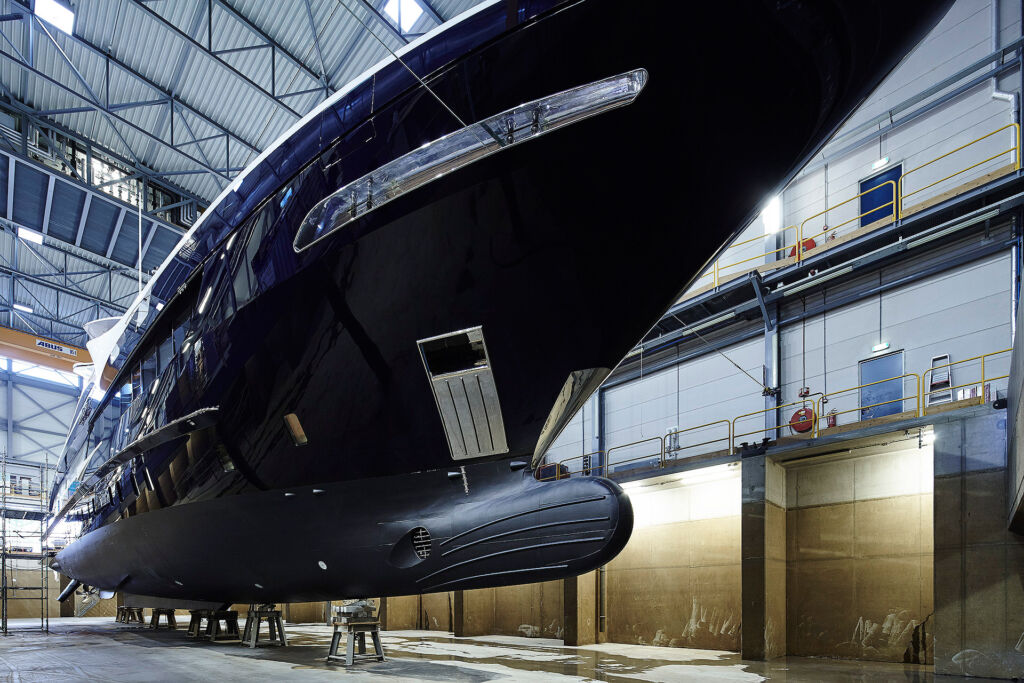 LM: How many yachts can be built at the same time at the facility in Oss, and how many of these are built on speculation?
AB: We can build 13 at a time, maybe up to 14 at a time. It tends to be a 50-50 split between those built on speculation, and those which are custom made. This is quite a successful business model for us.

LM: It must be quite a risk to start a build on speculation without a buyer. Is this the norm?
AB: For us, this is the norm, and Heesen is known for this and our flexibility to adapt. If it didn’t work, it would slow down production two years down the line (i.e. you would build four new ones instead of five). Fortunately, we have never had a yacht that didn’t sell.

When we build on specification, and the project gets underway, we have to make a decision regarding the hull form and the superstructure. We know what the market is like, and what the demand is, and therefore we have to make a choice when it comes to the design of the interior, and we have to pretend for a day that we are a customer. We have to predict the trend in three years’ time, and therefore, it’s a pretty risky decision. However, we study the trends to determine the route that we will take and what will appeal to a broad customer base.

Once the build is underway, we will then let the brokers know that the yacht is available. At this point, the new owner can get involved, but the further along the construction, the less flexibility a customer has to make changes. 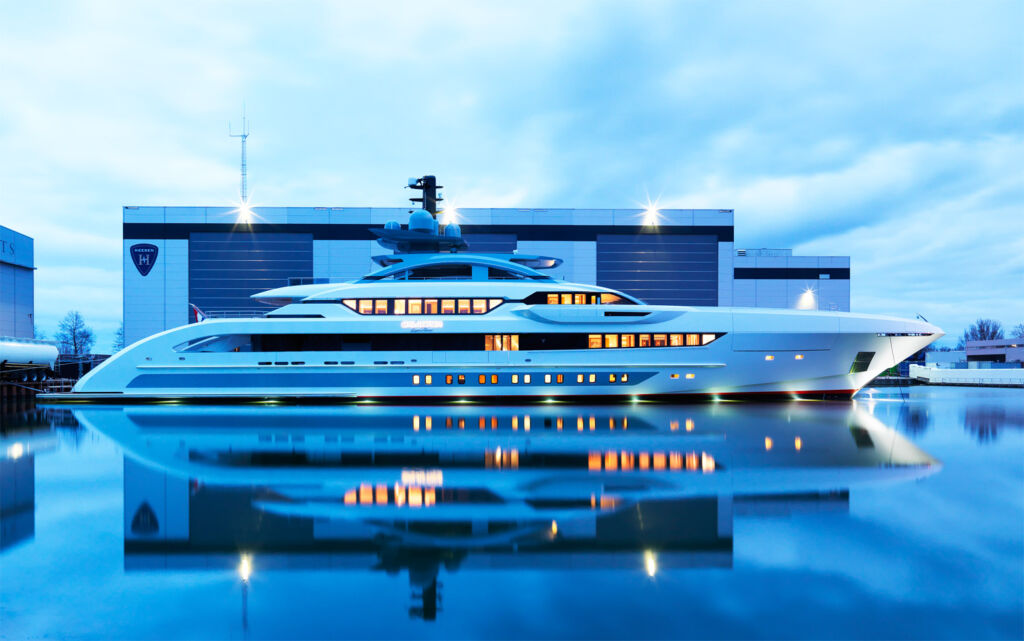 LM: When one yacht leaves a shed, how long does it take for a new one to take its place?
AB: It can happen within 48 hours. I already have the production plan for 2022, and the one for 2023 is ready next week – not what I will deliver, but what I will start. It’s a bit like the car industry which plans five years in advance.

LM: What sparked your interest in superyachts?
AB: I like the production and marketing process. It is super-luxury and a very exclusive group of customers where you have to build super-bespoke. You have to be so close to your customer to make sure that they buy from you rather than from your competitors.

At Heesen, it’s a big company, but is still small enough to touch and feel what you do. We also like to be accessible.

LM: Working with one of the biggest luxuries money can buy, what would your Heesen superyacht look like, and what features would it have?
AB: I wouldn’t go large – about 57 metres as you would have everything you would need. I wouldn’t have a helicopter, because at over 55 metres, you can do a touch and go. I would love to have a small submarine and a racy tender of course. 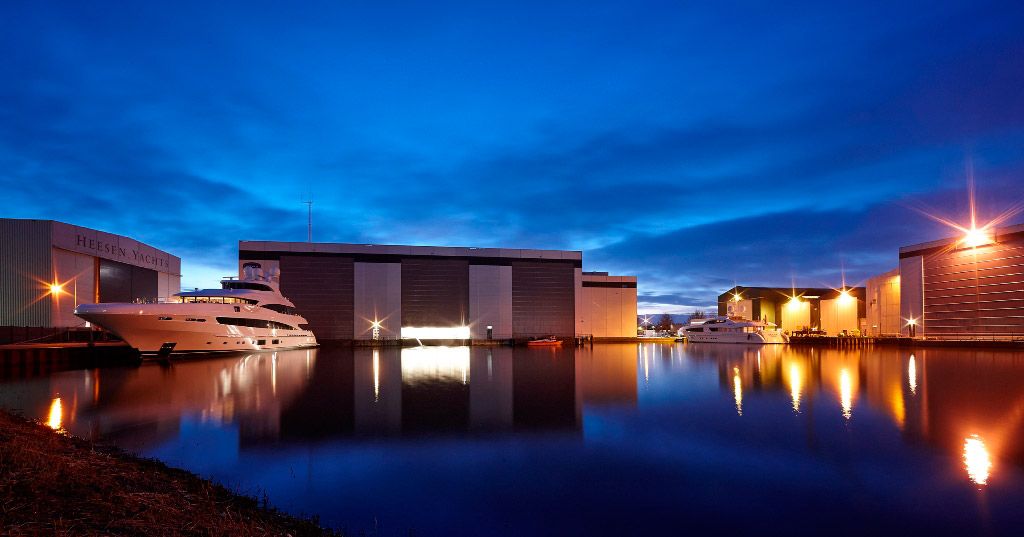 LM: When you walk around the shipyard, do you dream about what you can do and get inspiration?
AB: Yes. I think the trick is to take all the imagination from the market and to try to create a new concept which will sell well, build well, and be efficient in terms of man hours so that you can make a bit of a margin. That’s always the challenge – don’t make it too complex. Make it smooth, beautiful and have simple flowing lines – this doesn’t mean that it’s not expensive!

LM: Is the environment becoming higher up on the agenda?
AB: We are pretty green here. We are turning out the lights when they are not needed, and we are using LEDs. The engine package is super green. It is not state-of-the-art, but we are a keen follower of the trends. We also sold the world’s first hybrid yacht which was presented at Monaco two years ago. We are now building a second. 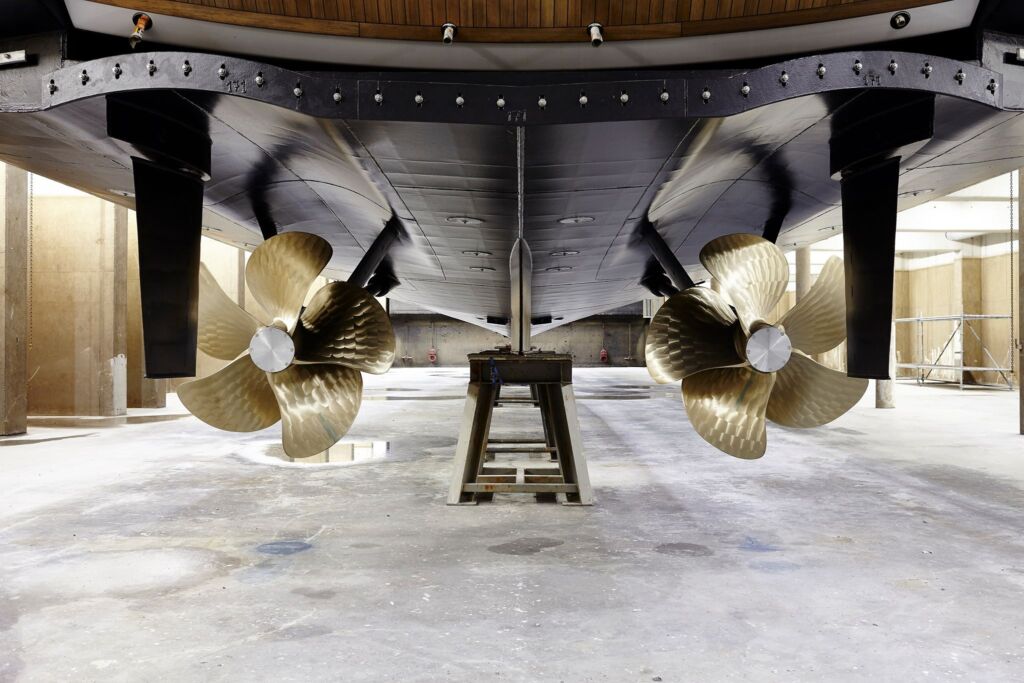 LM: Are the engines getting greener, and will yachts ever go fully electric like cars?
AB: They have to because of legislation. In terms of going fully electric, the battery packages will be too heavy for yachts. What might happen is that hydrogen might be a solution in the long-term, but I think it could be more of a combination in the years to come, where you can enter the harbour or 12-mile zone on semi or fully electric power.

LM: What is the future looking like for Heesen? You mentioned that you are already working on a plan for 2023?
AB: Customers are coming back to smaller yachts from 100+ metre yachts to 80 or 70 metres, which is a good thing for us. We have moved away from 42 and 47 metres, and our new sheds can now accommodate up to 57 metres rather than 55. However, it is still looking very good for the next five to eight years, and after that, it’s difficult to say.

LM: Thank you for your time, and it has been a pleasure to meet you.