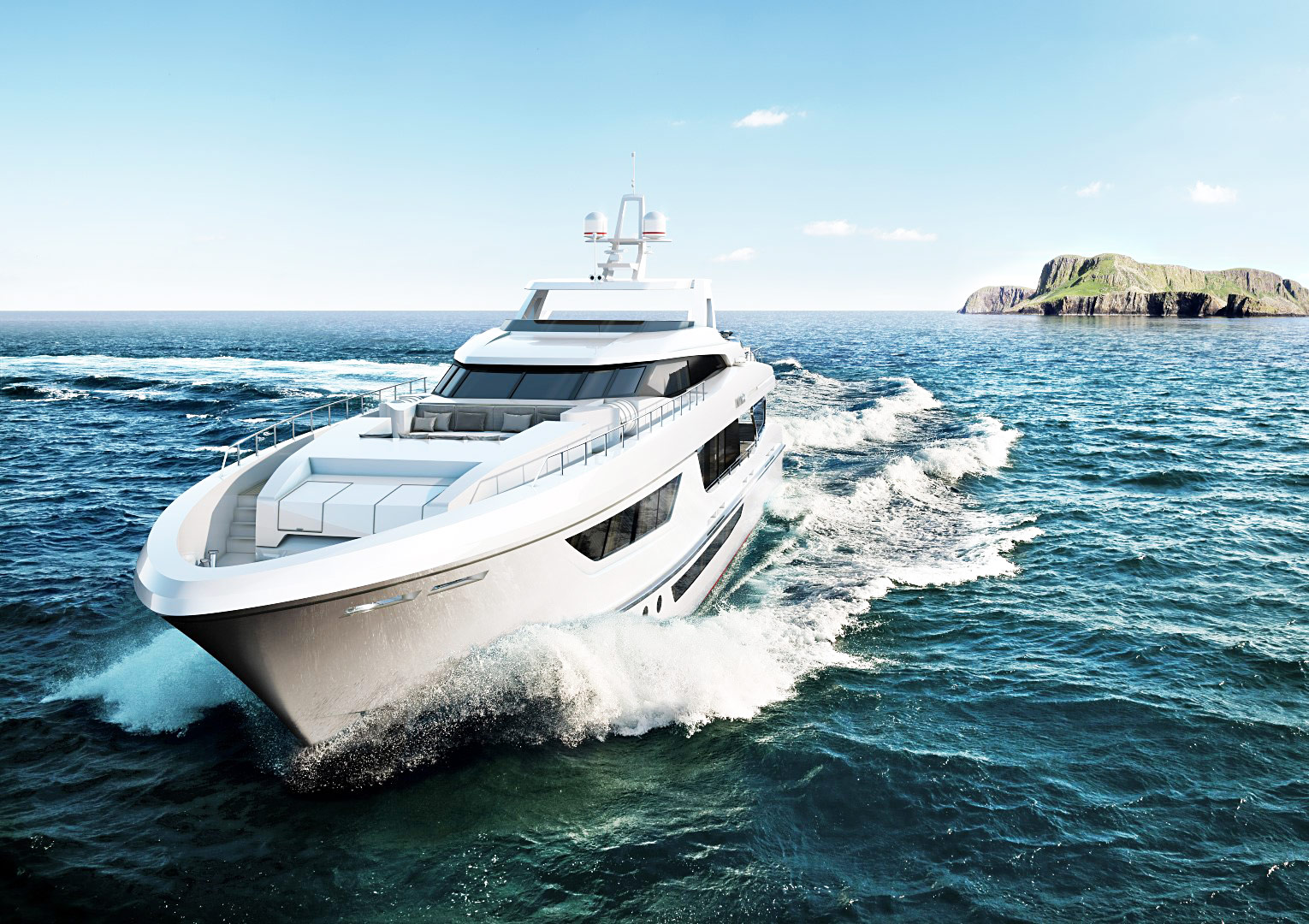 LM: What is your career background, and what have been your highlights?
MC: I have been in the marine world all of my life. Initially, I was a professional sailor in the Merchant Navy and then raced yachts in America. I retired from captaining at the age of 21 and I later went on to establish a yacht broking company called Cavendish White which I sold in 1999. I then became the Commercial Director at the Benetti shipyard in Italy, and more recently, I have worked for Heesen Yachts for the past eight years. I have had a lot of fun with all the different jobs, but sailing and selling yachts takes you to a lot of nice places such as Monte Carlo, Fort Lauderdale, the Caribbean and ports on the Mediterranean. It’s a very nice way to earn a living!

LM: Please give our readers a brief overview of Heesen Yachts.
MC: Heesen was founded in 1978 by Franz Heesen, and the first model that we built was an aluminium 20-metre fast cruising yacht which really set the DNA of the shipyard. Still to this day, we are the market leader for the production of high-speed, lightweight aluminium vessels, which are very luxurious. The shipyard has grown since the early days and we now have a blend of aluminium yachts as well as the more traditional steel displacement boats, and it’s about 50-50 that we build. 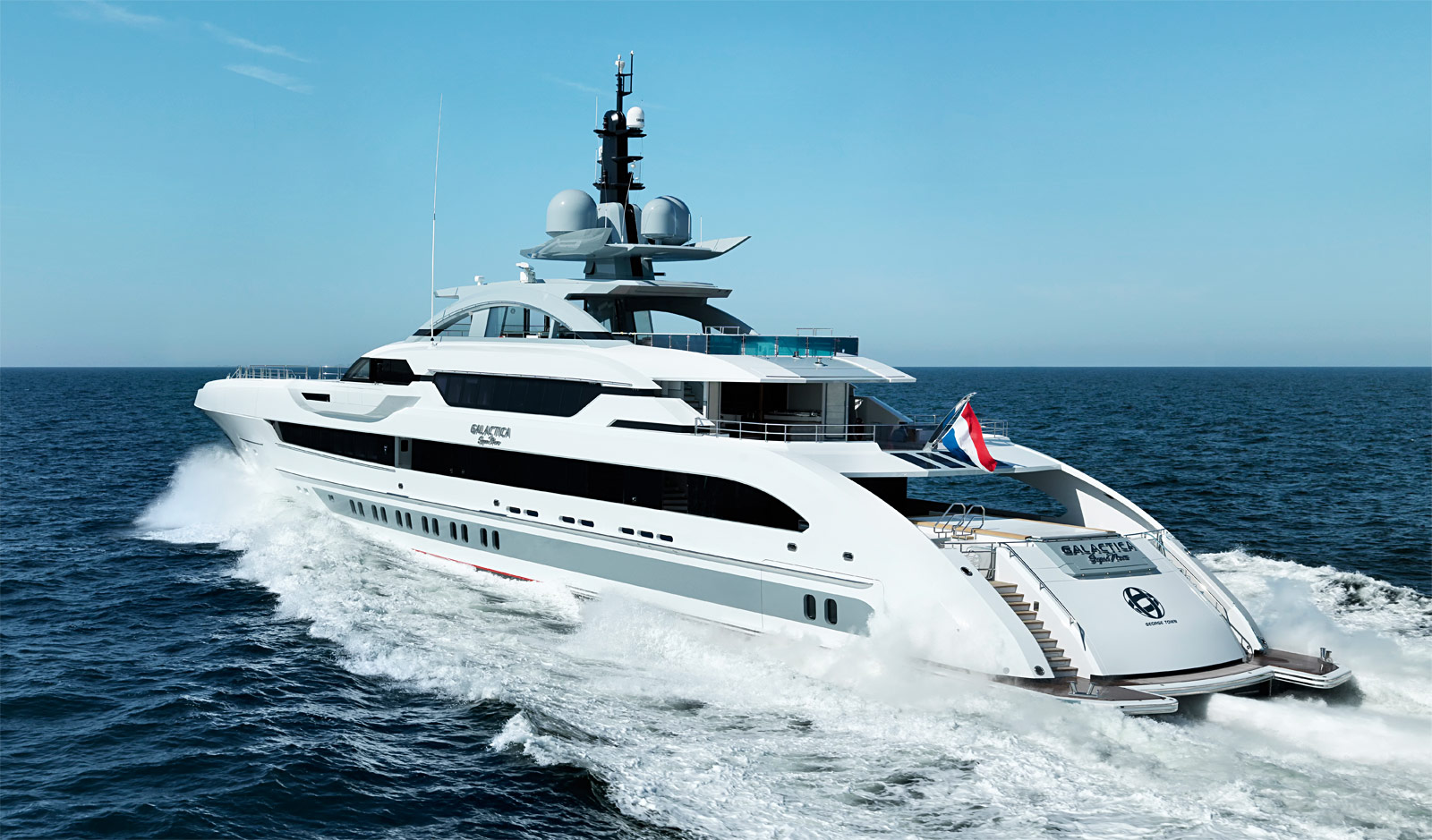 The most recent yacht that we have delivered is the 70 metre Galactica Super Nova which has a top speed of 30 knots. This is very much typical of Heesen’s technology and engineering achievements. There are very few yachts in the world of that size that can achieve that kind of speed. This has also been made possible without using outrageously high power. Instead, we have three conventional marine diesel engines with propeller shafts and propellers. It’s relatively straightforward engineering, but it’s really down to the design, weight and the naval architecture of the hull, without compromising the luxury elements such as floor-to-ceiling, wall-to-wall marble bathrooms, the tenders and all the other toys that you would expect on a yacht of this nature.

On the flip side, next year, we will be delivering a 50-metre lightweight aluminium yacht to the owner at the end of June, but instead of achieving a very high speed, we have put the same technology to use, but to get low fuel consumption. 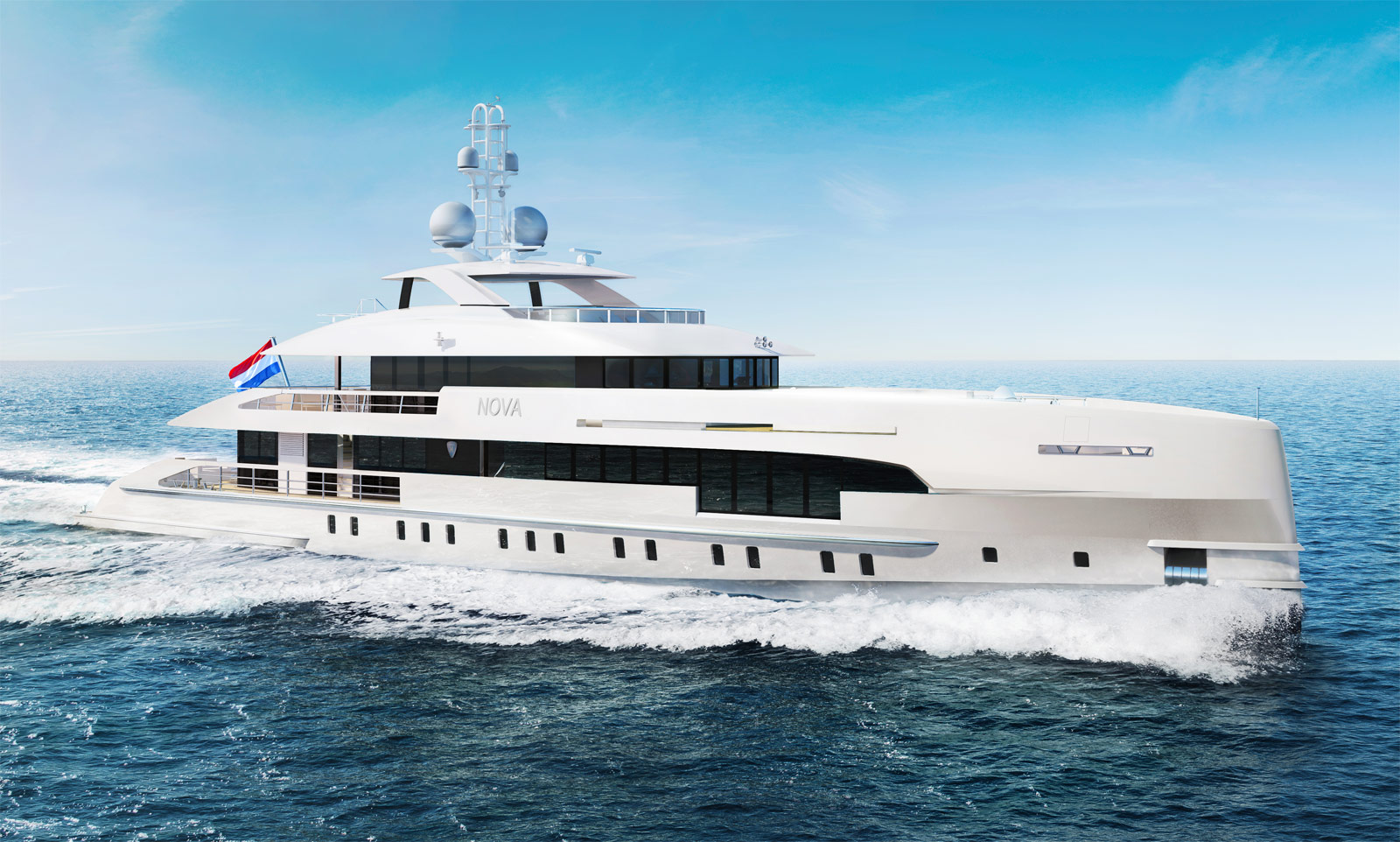 Known as ‘Project Nova’, it’s a hybrid yacht, so it has both diesel propulsion, and a diesel-electric option where you can run the boat using just the generators. In this mode, the yacht will operate with very low fuel consumption of around 70 litres per hour as opposed to 200 to 300 litres for a normal vessel of this size. There are also very low noise levels as the main engines are not running, and are similar to those if the yacht was at anchor.

LM: What is the difference in weight between using a steel and aluminium hull construction?
MC: That’s a very interesting question. When empty (without fuel etc), a 50-metre steel boat probably weighs around 400 tonnes, and the equivalent aluminium vessel is maximum 300 tonnes. You are probably looking at a 25% reduction in the total mass.

LM: What are the other USPs of Heesen?
MC: Dutch and German shipyards are recognised as the best in the world. We are one of the three top shipyards in the Netherlands, and one of the best in the world. We are also renowned for technology, innovation and modern cutting-edge design. If comparing ourselves to car manufacturers, we are the equivalent of Aston Martin rather than Rolls-Royce. Heesen is very different from many of the other shipyards is that it’s integrated and we have a workforce of around 450 employees. 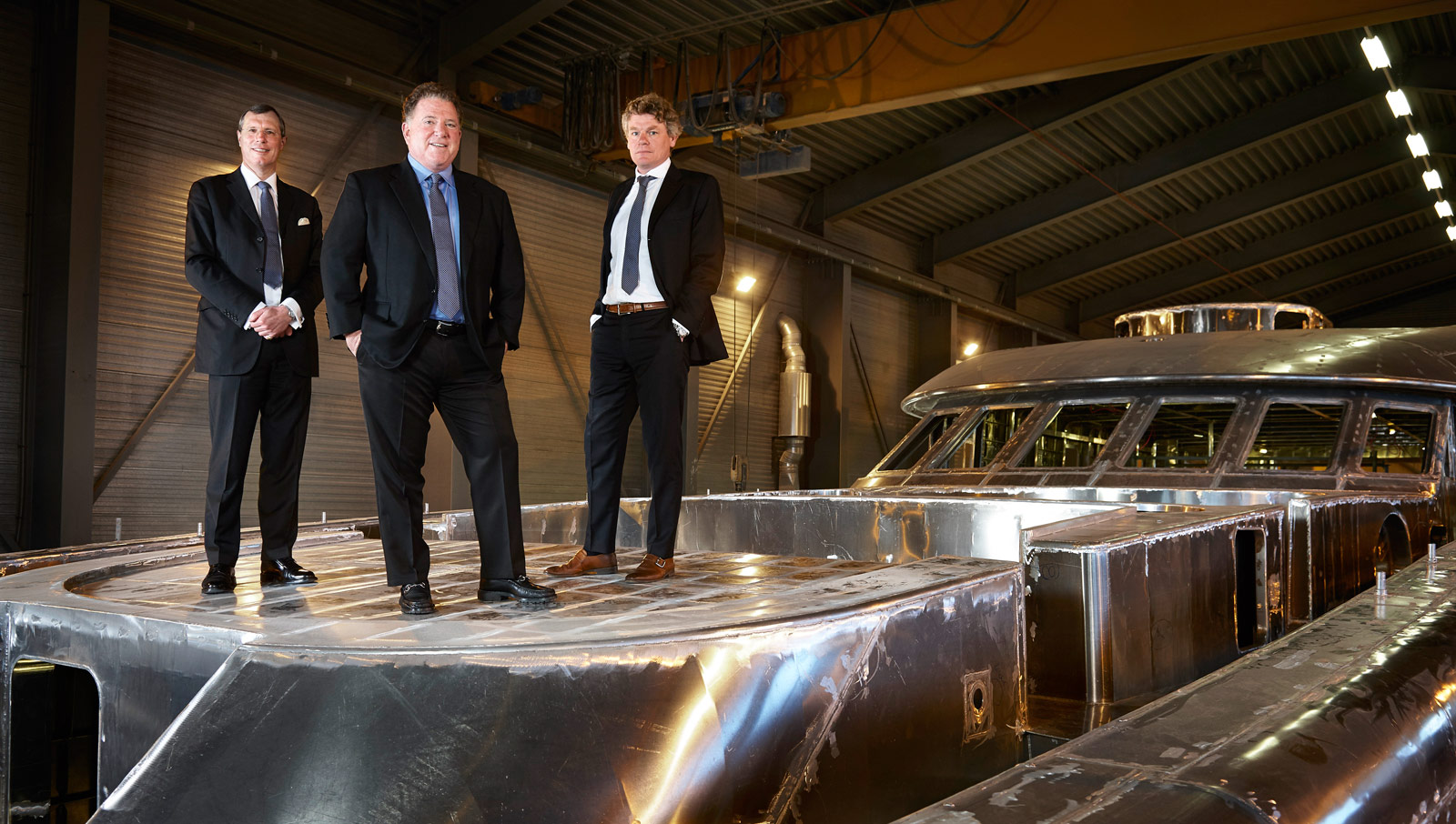 Most of the disciplines for building the yacht are managed by us In-house. We don’t tend to use a huge amount of sub-contractors. We do all of our hull and superstructure construction, piping and engineering on-site, and we even have our own high luxury interior factory to make the owner’s and guests’ accommodation.

This is very often an area which is sub-contracted, but we actually bought the main contractor who did this back in 2000. This allows us to manage the whole process of constructing a yacht hands-on which ensures very high quality and reliability of delivery. These boats are going to be around forever, and if anything goes wrong, it is quite nice to be able to ring up the shipyard, and we can find the person that installed the light fitting or pump on your boat. 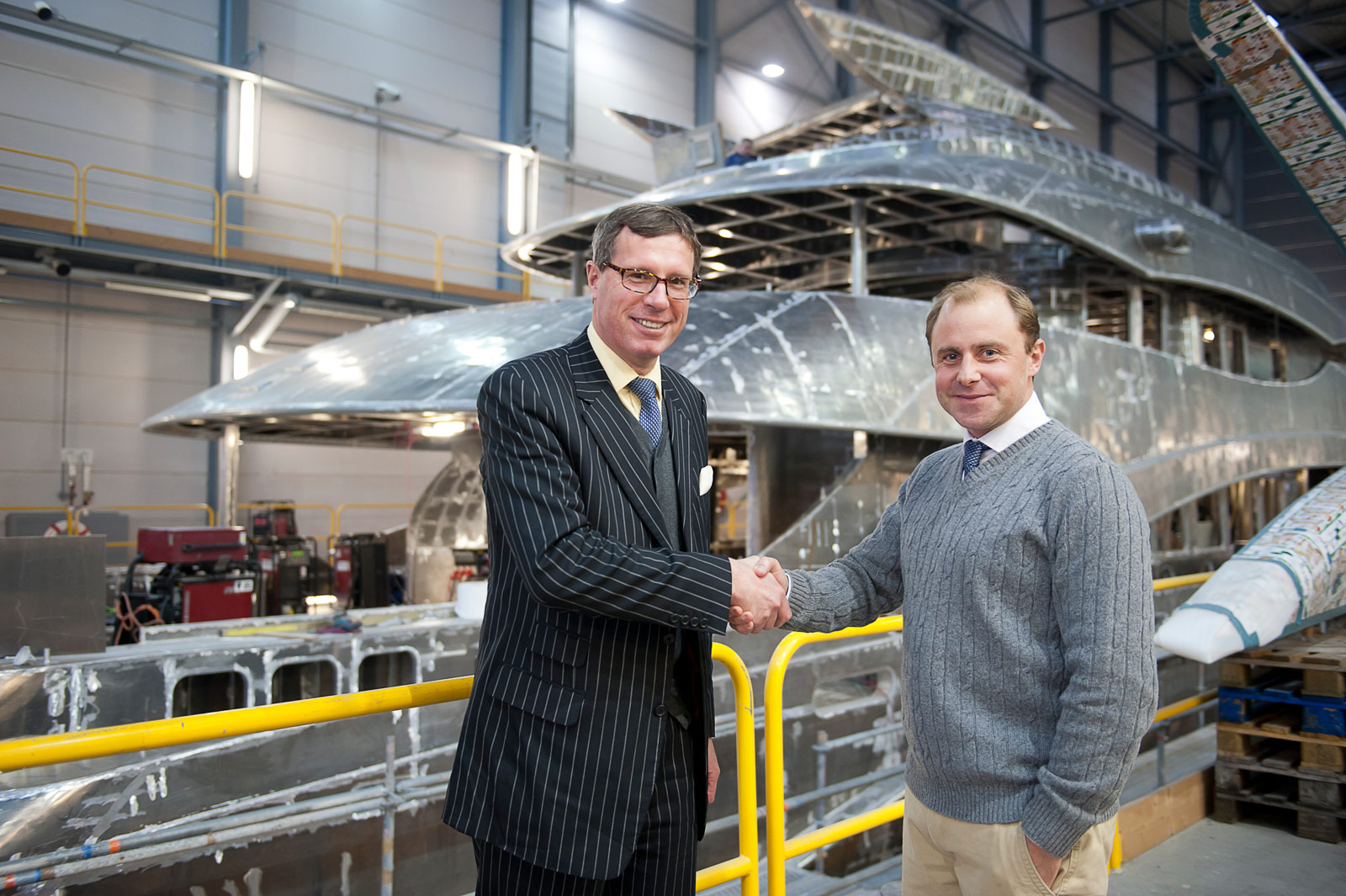 LM: Are all yachts actually designed by Heesen, and how big is your assembly facility?
MC: The beauty, or the aesthetic of yacht, is always done by an outside famous designer such as Andrew Winch. The naval architecture, when you transfer the beautiful lines into something that actually has to be built, that’s done by us.

The assembly facility is around 14 acres. We have nine building halls – one is a ship assembly hall, the other eight are fitting out sheds. The longest shed is an 85-metre dry dock which means the biggest ship that we can build is 80 metres. The smallest boat that we are building today is 47 metres, but really our range starts at 50 metres. 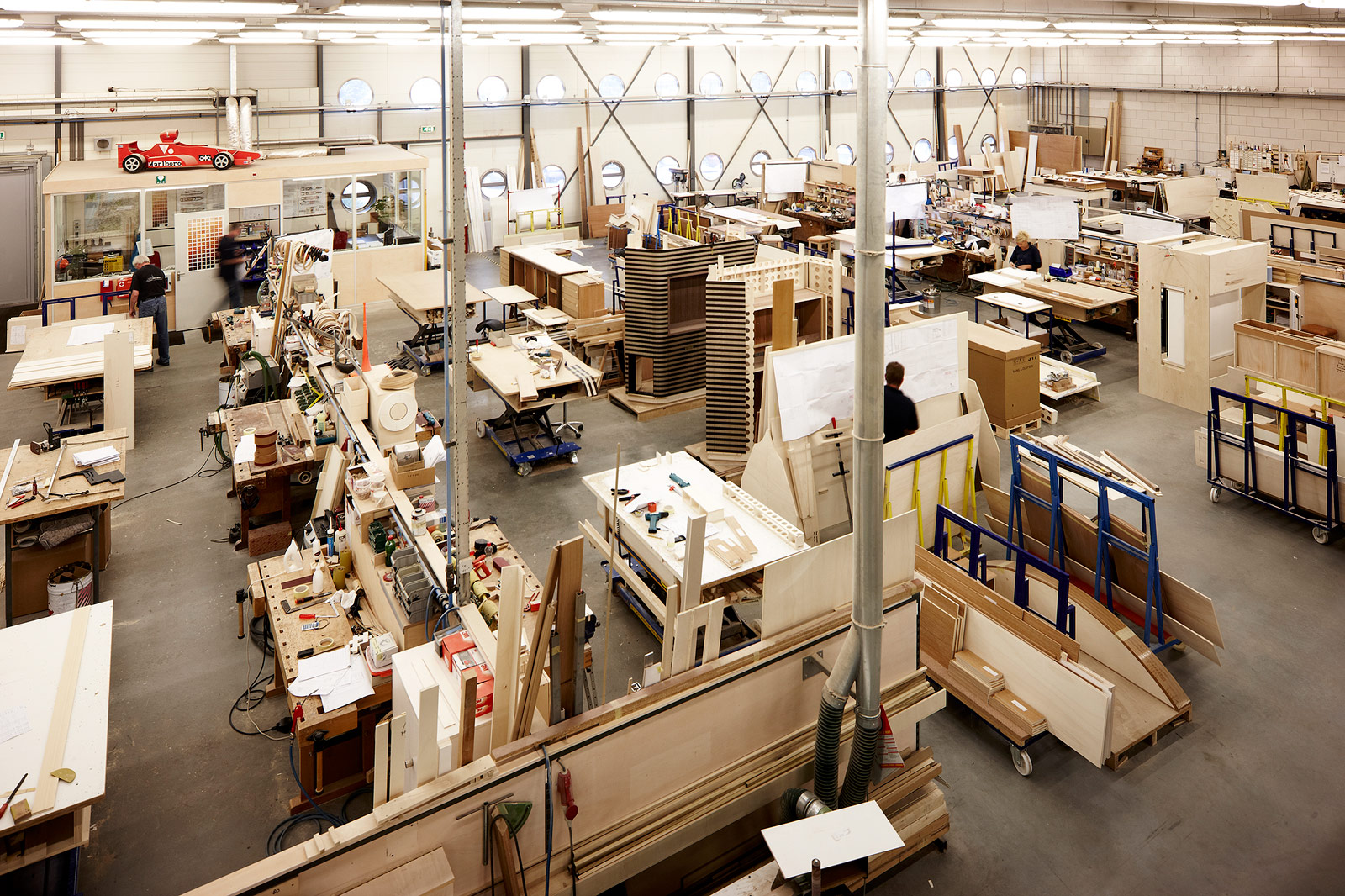