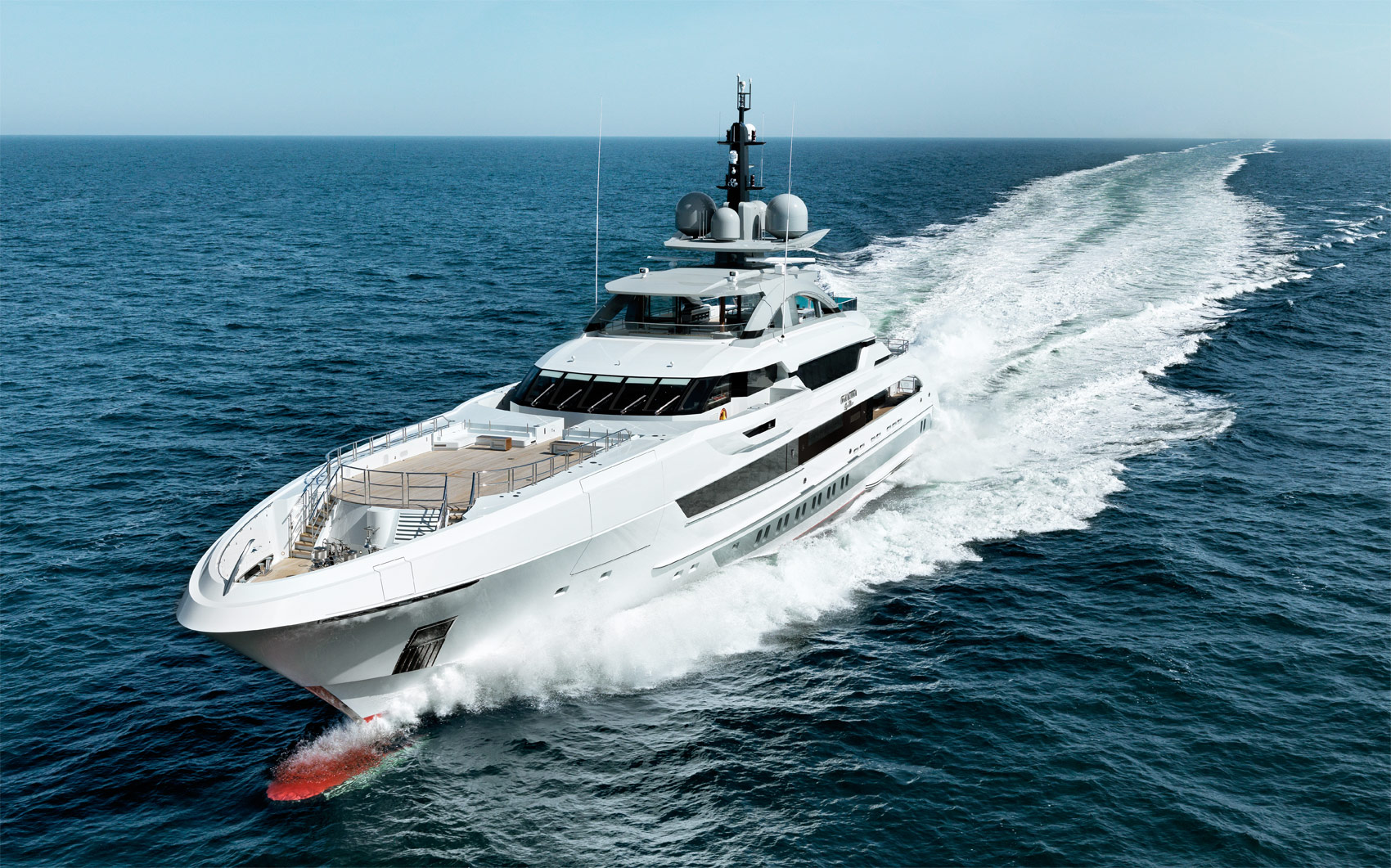 LM: What is the most exclusive yacht that you have built to date?
MC: It has to be the 70-metre Galactica Super Nova which has been fully custom built and was sold from day one. The exterior design comes from one of the most famous stylists called Espen Oeino, whilst the interior was conceived by the Holland-based Sinot Exclusive Yacht Design, so combining this with a world famous shipyard, you have the best of the best. Galactica Super Nova is currently cruising in the Mediterranean, but in the winter, it will go over to the Caribbean. It is powered by 3,500kW engines, the equivalent of about 5,000 horsepower. 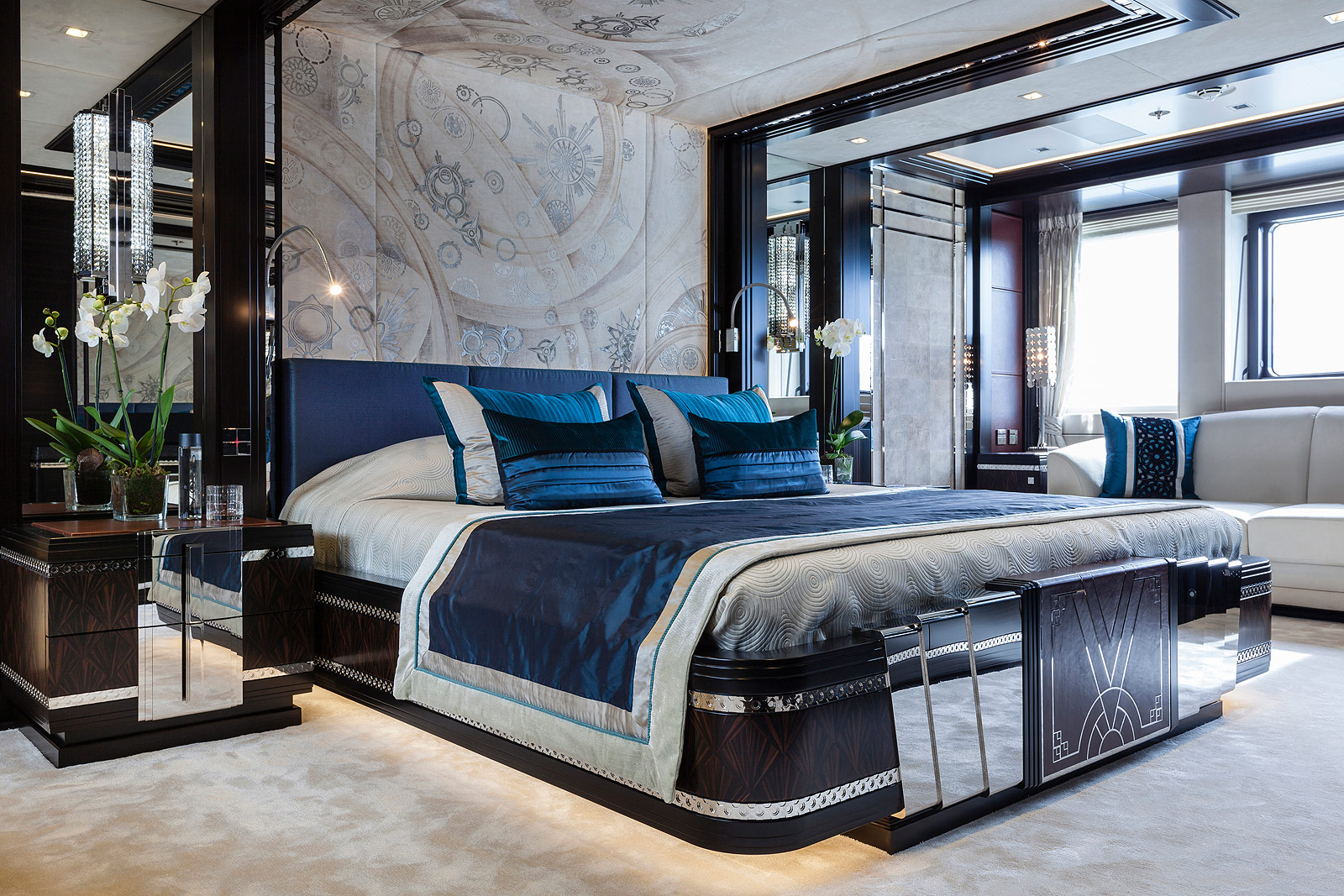 LM: Is each yacht manufactured bespoke to the customer’s requests?
MC: Essentially, yes, although you will normally build more than one yacht with the same hull as it’s much more efficient for everybody, once you have designed and engineered it. However, it’s very difficult to tell as the superstructure and paint schemes will be different, and in absolutely all cases, the interiors are always totally different.

LM: Are the possibilities endless in terms of specification and have you ever had any outlandish requests?
MC: More or less. You are only limited really by how much you want to spend on a yacht. We have built a yacht for an owner who wanted palladium leaf on the ceiling, and this is a very rare and expensive metal. We have also made one with a flooding tender garage, so you can just drive in and out. Very James Bond! 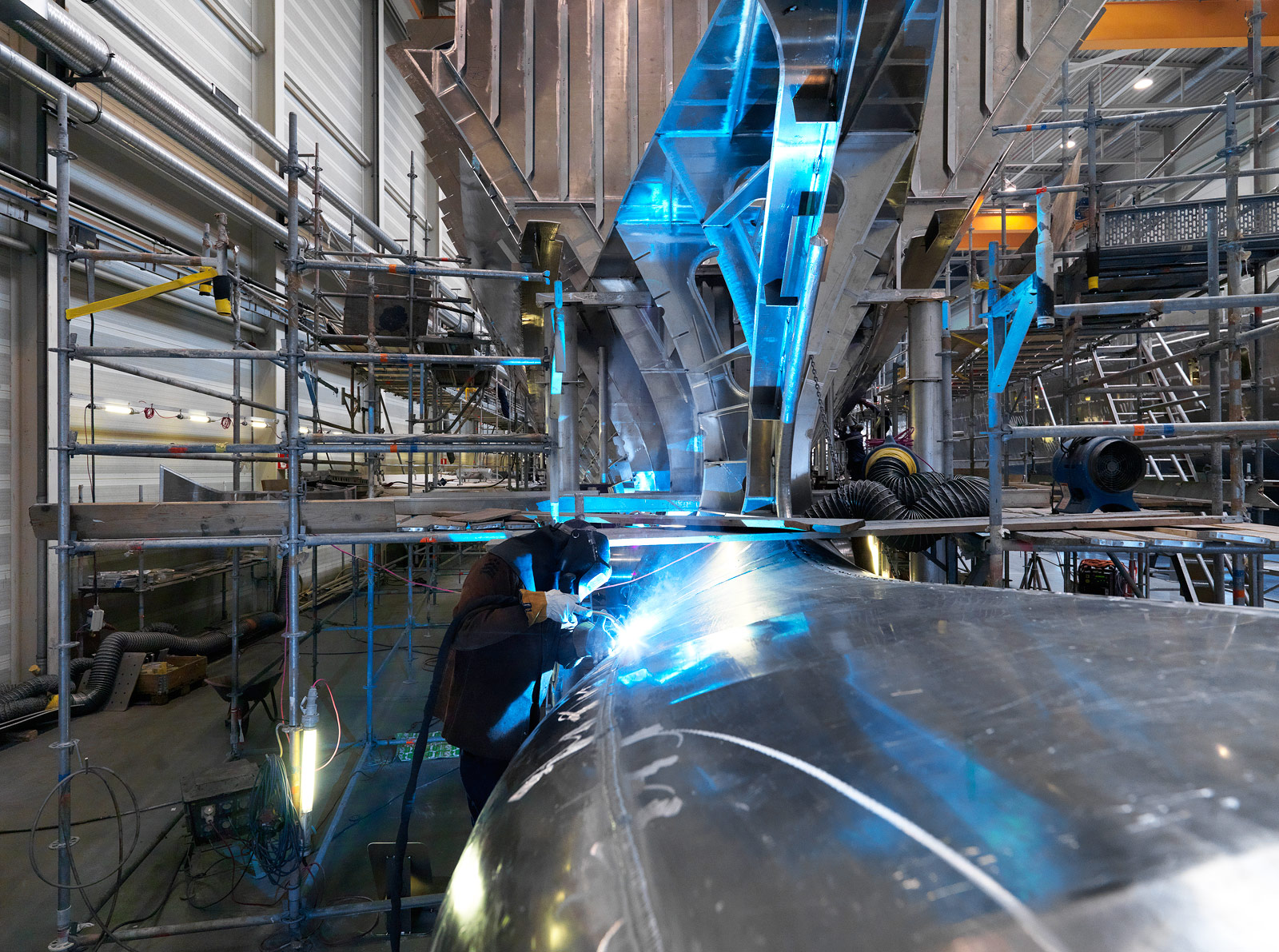 LM: How many yachts do you build every year, and how long does it take to make a 70-metre?
MC: Between four and five. To put that into perspective, most of the shipyards build not even one, and most will build one every two years. Very few shipyards will actually build more than one a year. There is only one shipyard in the world that does maybe ten boats per year. The numbers are not big.

If we re-built the 70 metre that we have at the moment and avoiding the designing, engineering and testing, it takes about three years from the moment we tap the first bit of metal to the moment that you step on board with your suitcases and champagne.

LM: What is the average cost of a Heesen yacht? 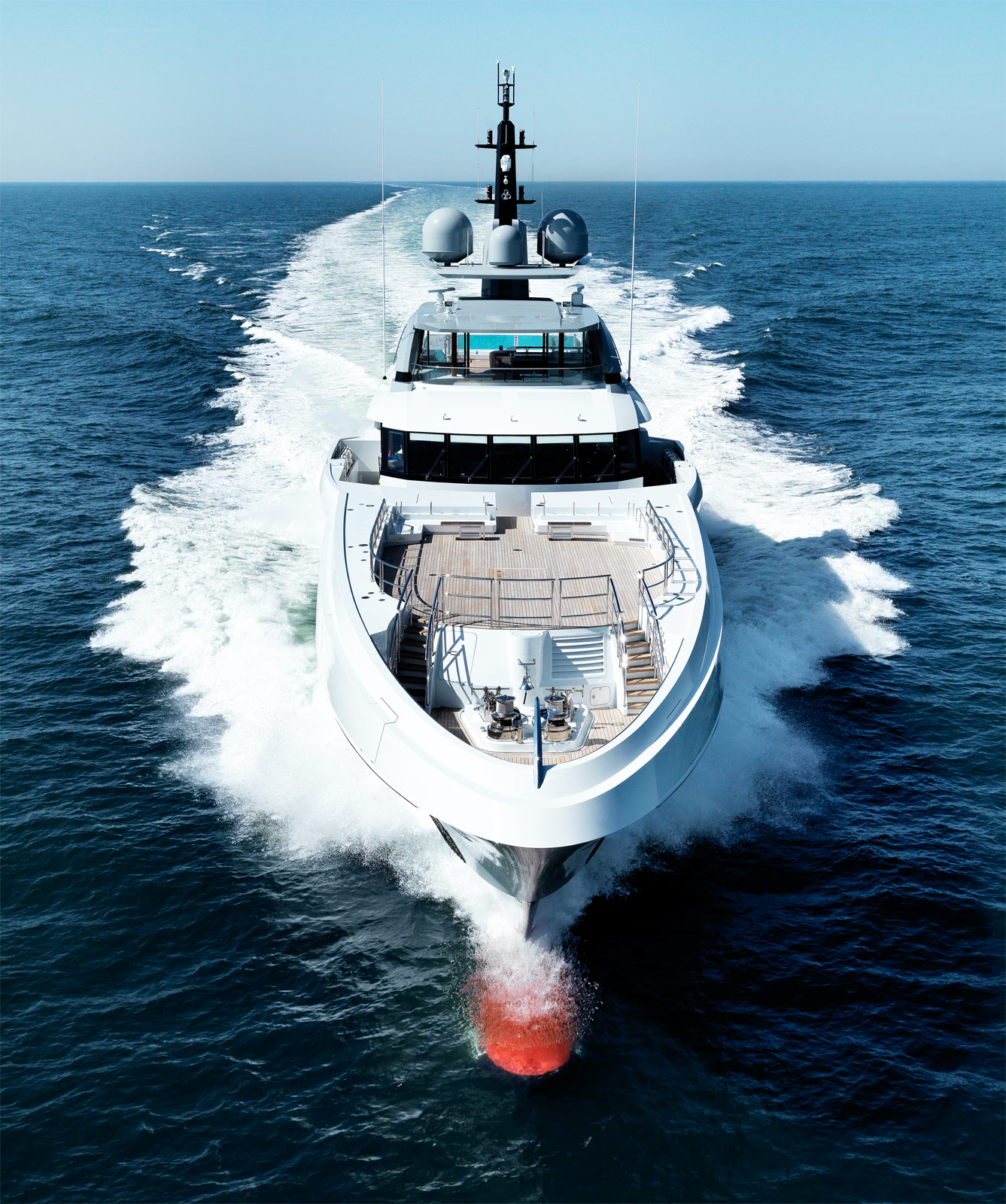 MC: Just like buying a house, it depends really on the size of the boat. However, for a 50-metre yacht, you are looking at an average of around 30 million euros, but this is of course, subject to how fast the boat is, how complicated it is and how much palladium you want to put on the ceiling!

LM: Are you exposed to currency fluctuations and the economic climate in terms of pricing?
MC: We are a Dutch shipyard, so everything is in euros, and our costs are largely euro based. We also pay our workforce in euros and most of the materials that we buy are from within Europe, so there is not a huge effect on the cost. However, in terms of global economics, we are affected, but we all move in the same direction in that respect.

LM: Is there less demand now from the UK because of the weakening of the pound since the referendum vote?
MC: As of a few weeks ago, I think that there will be a lot less demand from the UK, but this will, of course, benefit the yacht builders based there. The interesting point is that we deal with all nations in the world, and today it’s the traditional old economies that we are seeing the customers coming from i.e. Europe and North America. This year we have signed a contract with an American, a Dutch and a German family, so it’s really back to business as it should be. If you go back ten years, there was a very high percentage of Russian buyers in the market, but it was unhealthy to have such a high dependence on them. It’s much better to see your audience spread across the globe. 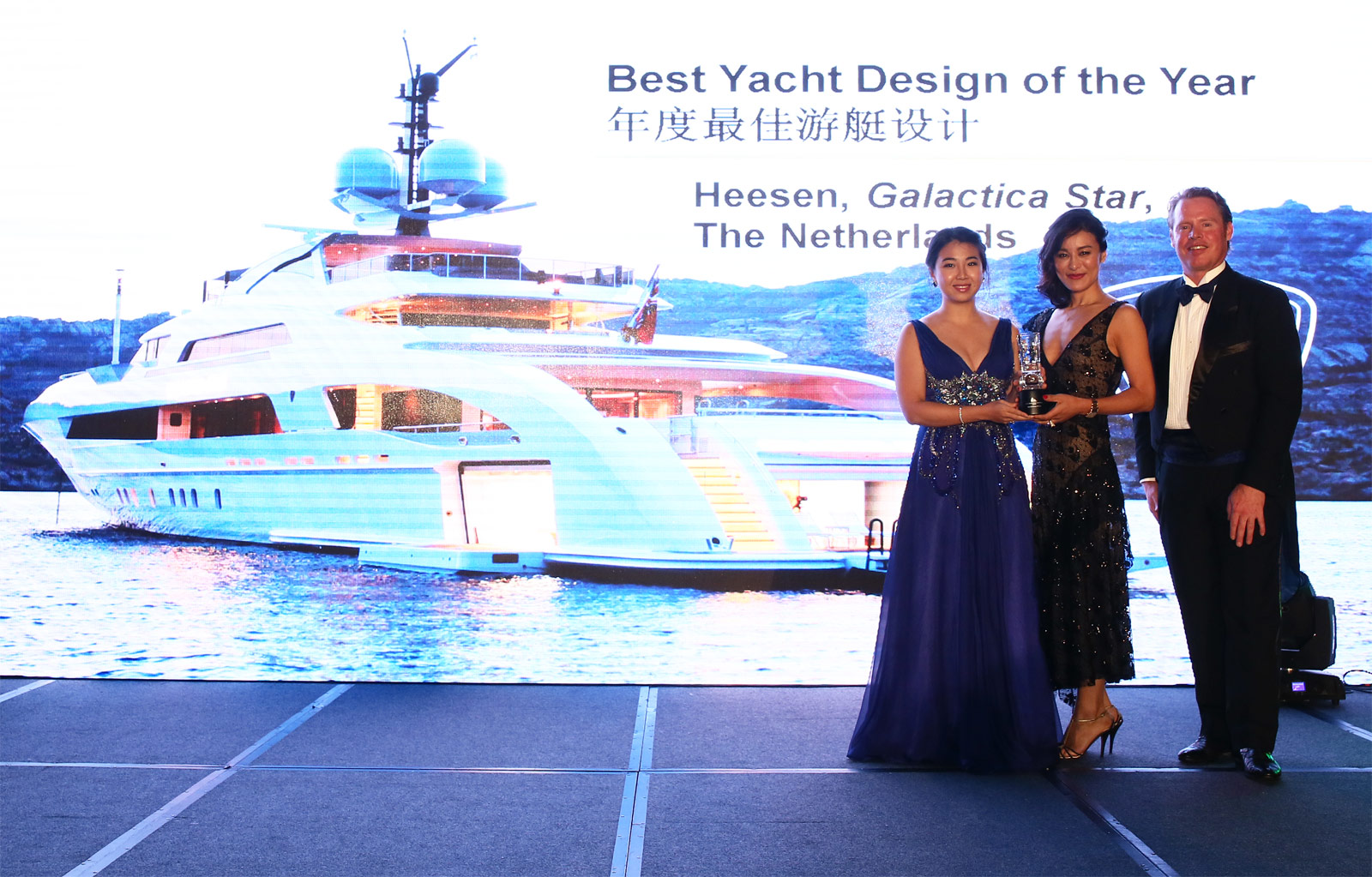 LM: What about China?
MC: There was a lot of excitement about China from the end of the 1990s onwards, but nothing really ever materialised. There were very few yacht sales and these were up to around 30 metres despite developers building big marinas and some infrastructure. There is a very high import tax for luxury goods and there are a lot of complications as to how you operate a boat. In Europe, we have flags that are set up to own yachts and all kinds of mechanisms and support facilities such as maintenance and dry docks.

LM: Who are your main competitors?
MC: Our main ones in Holland are Feadship and Amels. In Italy you have Benetti, but there is not a lot of competition in the States. They have never had a strong shipbuilding industry which is surprising for such a big country. 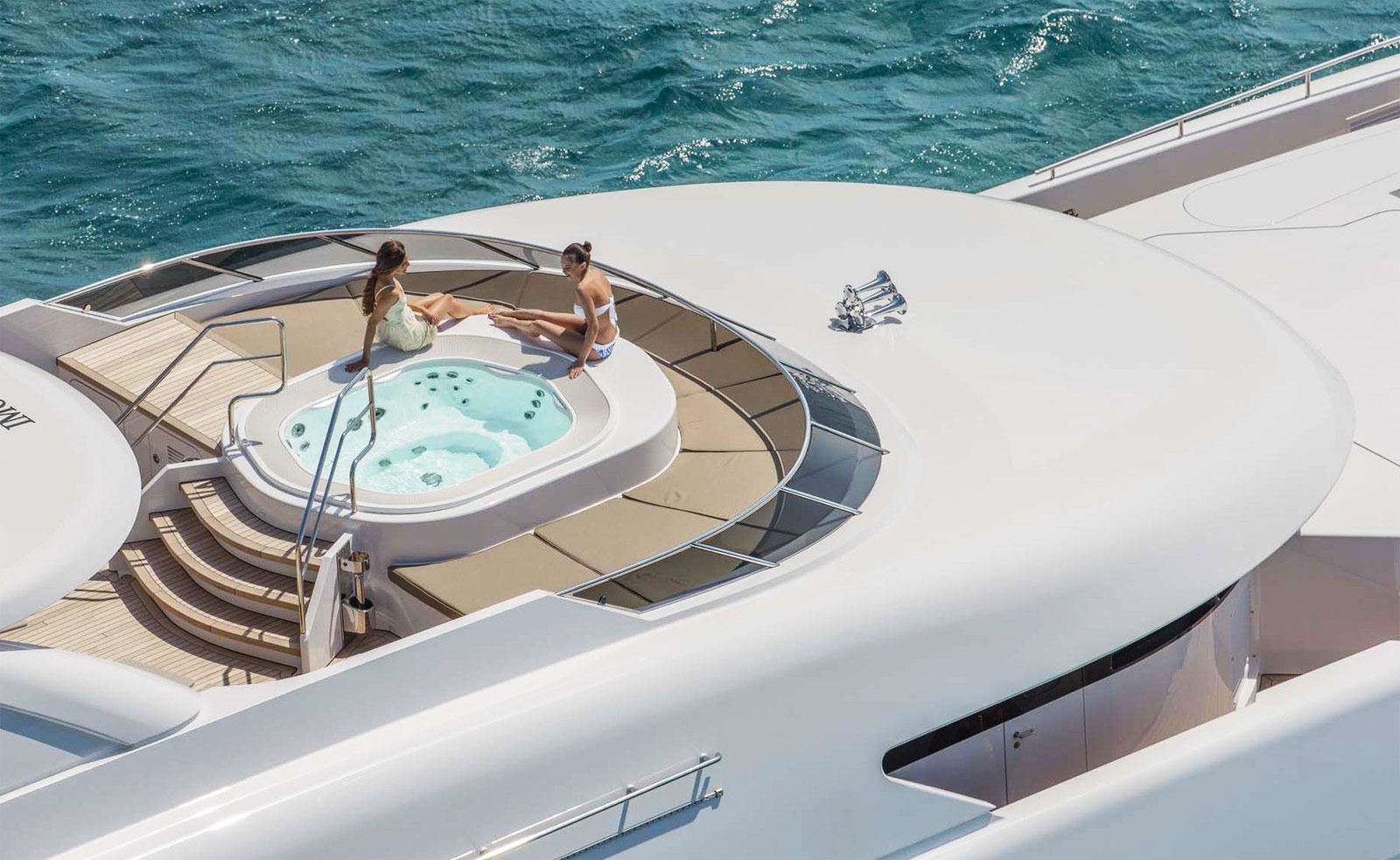 LM: What do you think will be the next big innovation in the industry?
MC: I think with the advent of structural glass, you will see a lot of yachts where the use of this material will become more important. It’s a nice feature and does bring people closer to the ocean and the environment. There are a couple of shipyards that have built yachts with glass viewing ports under the water.

Also, fuel economy and exhaust emissions will become more pertinent, and there are new regulations (Tier 3) that came in at the beginning of January to reduce these. 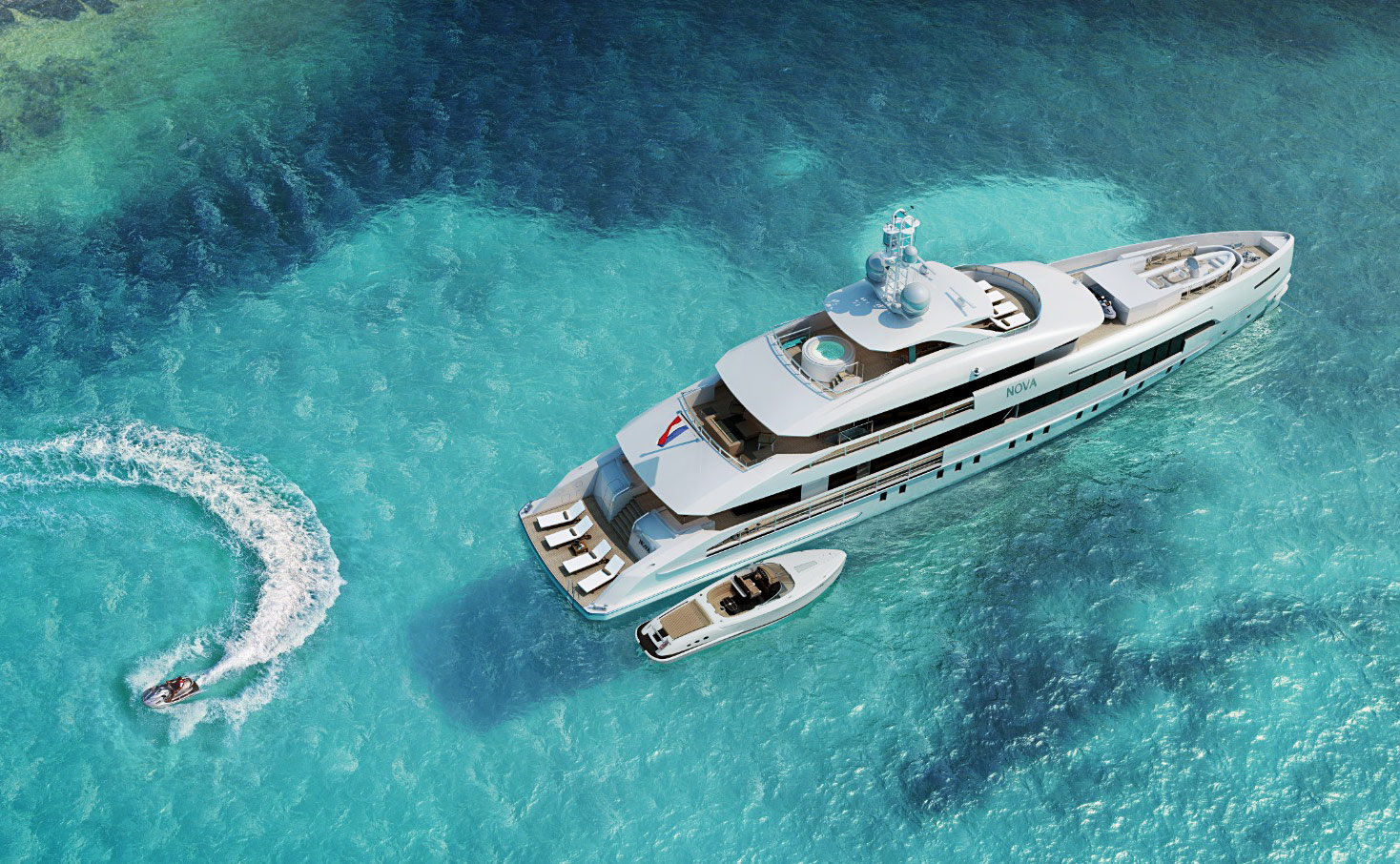 LM: Finally Mark, what’s on the horizon for Heesen Yachts?
MC: At the beginning of next year, we will be launching a 47-metre steel boat, and we have a 55-metre steel boat for sale, and there will also be the launch of Project Nova. We would like to find another big yacht like the 70 metre, but maybe something approaching 80 metres. We have a number of enquiries leading in that direction from existing owners, so that is an encouraging sign. The world of yachting is slowly moving up in size, and 50 metres today is seen as fairly average. Now you see yachts which are well over 100 metres. We haven’t witnessed this since before the First World War in 1910 when the great American and British industrialists built these massive yachts which are anchored in Cowes and the south of France. Fast forward 100 years, and we are back to that sort of size again.

LM: Thank you so much for your time Mark, and we look forward to seeing you at the Monaco Yacht Show.