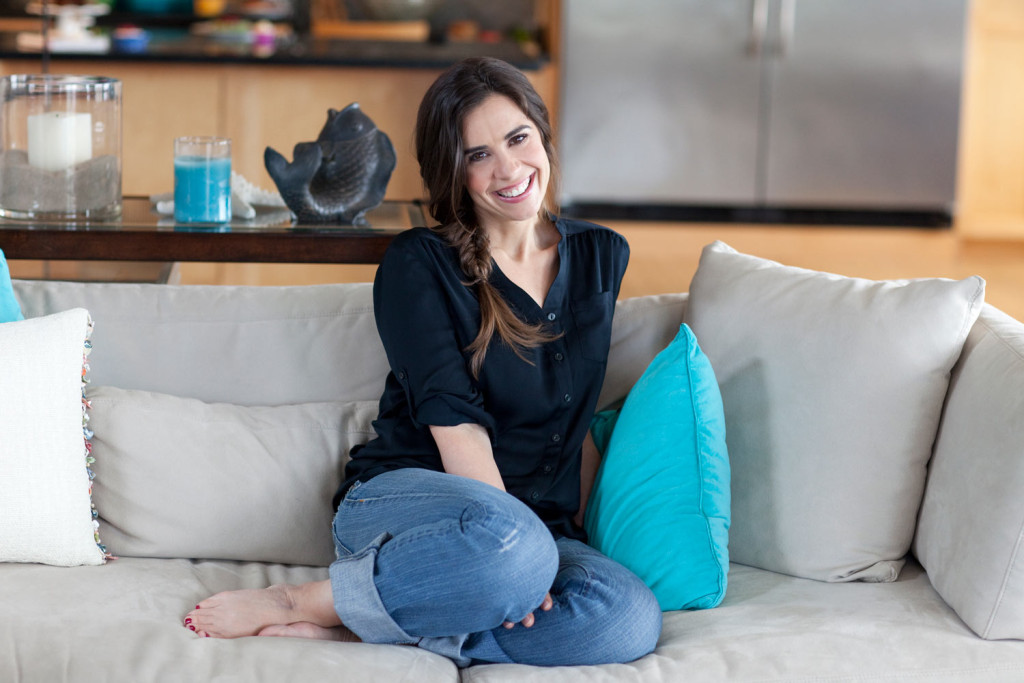 Celebrity chef Devin Alexander is bringing a new form of luxury to Royal Caribbean cruise ship passengers: a chance to eat like a King but come back lighter and healthier than you left.

If Devin Alexander’s name isn’t quite on everyone’s lips outside her native USA just yet, her food certainly ought to be. For Devin is on a mission to make the world a slimmer place, one forbidden food at a time.

She’s not one of those formidable boot-campers or irritatingly earnest diet gurus, but an eminent and highly-personable chef who had the deceptively simple idea of taking the types of food people most want to eat and producing a healthier, lower-calorie version they’d enjoy just as much.

Which is easier said than done, of course.

But necessity is the mother of invention – in the kitchen, as in life – and Devin certainly felt the necessity so strongly as a young woman that she reinvented the world’s favourite fattening foods. Then she reinvented herself. That’s because Devin, to put it politely, was something of a human double-helping. She was walking around, or more likely waddling, with 70 pounds of excess weight. That’s like having a 10-year-old child strapped to you, 24 hours a day, seven days a week.

And she wasn’t happy. 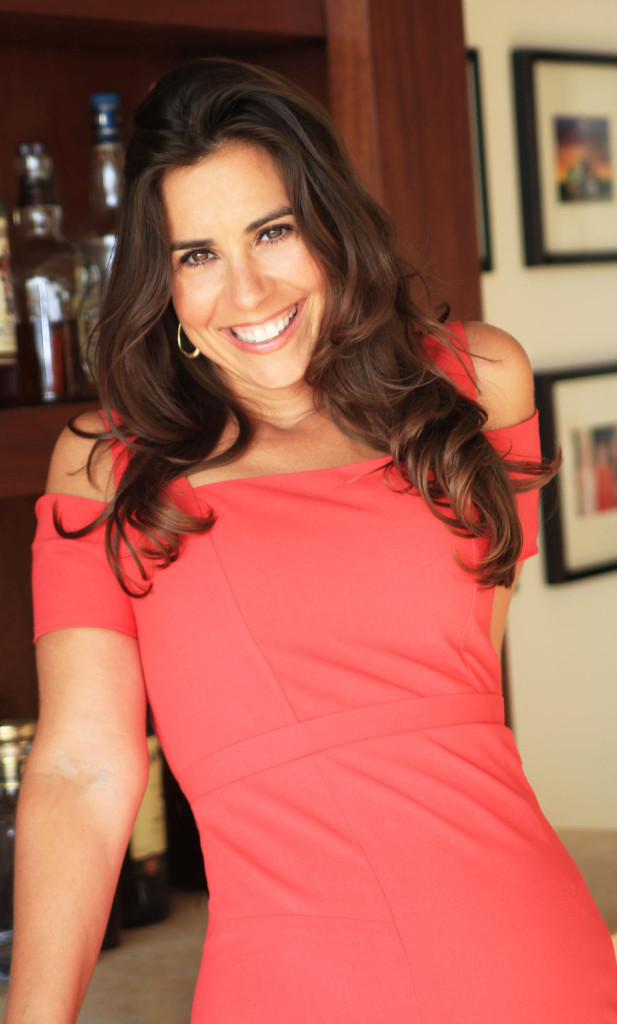 I was horribly bullied as a teenager,” she told Luxurious Magazine from her home in California. “Most girls in high school weighed about 100 pounds, but I was 200. It was like the weight of another child… I’d twinned myself!”

That seems incredible if you’re lucky enough to be able to look at Devin now. She’s slim, looks 15 years younger than she is, and is celebrated from coast to coast in the USA as a picture of health and a transformer of lives.

If you’d met her on the inaugural sailing of the Anthem Of The Seas where her new restaurant Devinly Decadence was the honeypot attraction for so many of the passengers, you’d wonder how a woman this beautiful, so full of vitality, could ever have turned into such a pudding in her youth.

“I had two Italian grandmothers who taught me how to cook when I was really young,” Devin recalls. “I literally started at four. Then I lost a few people who were close to me. I’m one of those people who is wired to turn to food. To this day I still have that instinct. Some people turn to alcohol, but I’ve never been a big drinker. I can have a whole liquor cabinet in my house and I don’t think twice about it. But if I have a cheesecake in my refrigerator, forget about it!”

She laughs at the thought, forever conscious of the battle that must be fought – a battle that began in her childhood.

“While I wanted to be active – I was a cheerleader in Little League – I went on to junior high and found there weren’t as many cheerleading spots and I didn’t make the team, which got me ostracised from my friends because they were all cheerleaders.

So while my girlfriends were cheerleading, I was home on Friday nights baking cookies. It was one of those spiral things. One tiny little thing led to another and the next thing I knew I was a great cook and I weighed 200 pounds,” she laughs, though you can sense a trace of the pain behind that laughter.

Interestingly, one of the grandmothers who taught Devin how to cook was a former Miss Pennsylvania, was in the Miss America pageant, and had won a string of other awards. Everyone told Devin she was going to be like her, adding to the pressure, and she was used to people telling her: “Oh, you have such a pretty face…” The “but” was never sounded, but Devin heard it loud and clear, nevertheless, and knew it meant “but you’re too fat”.

Devin’s pronouncements on obesity tend to be confined to the health implications – the heart attacks, diabetes, infertility – rather than the visual aspects.

“From an aesthetic standpoint I’ve never been one to care,” she says. “Some people only date guys who are ripped. I don’t really care, though I couldn’t date somebody who wasn’t living a healthy lifestyle. That’s because of what I know about disease and death and all that. Plus you want to be able to run on the beach with your kids.”

The desire to lose weight became an obsession but, like the vast majority of people’s, Devin’s efforts proved to be fruitless.

“I wanted to lose weight but I just didn’t know how. I used to go out with friends to dinner and I would be like ‘I can’t have a piece of bread, I can’t, I can’t’, and my friends would be having a real conversation while I’d be talking about bread in my own head. I’d tried dieting and all of that stuff but I was never going to give up my Italian family favourites and I was never going to give up some brownies that people are now enjoying on the Anthem Of The Seas.

“Then I heard that if you cut just 100 calories from your diet per day, on average you’d lose 10 pounds in a year. By that point I was desperate to lose weight – I really, really wanted to, and believed that I was doing everything I could, even though I knew I had no willpower.”

Then the eureka moment arrived in Devin’s life.

“I realised that I knew a ton from cooking and a ton from trying to diet,” she recalls. “I knew all about calories and all about cooking technique, so I thought, wait a second… that could be easy. And so instead of trying to throw everything I cared about and knew about out of the window, I just started turning it into a game, like where can I cut 300 or 400 calories? To this day, that’s what I do with other people. It takes a little longer that way, but you’re happy doing it. And then you’re able to maintain it.” 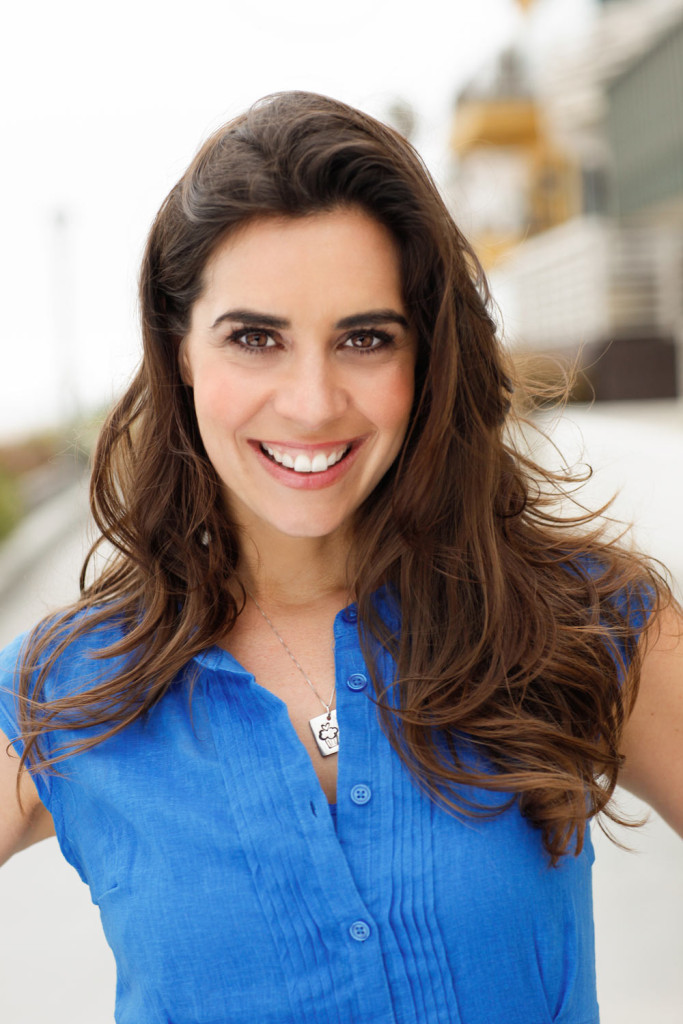 “I lost somewhere between 20 and 30 pounds in the first year – I wasn’t calculating it scientifically because it was never going to be my career. I had so many different aspirations,” she giggles. “We’re used to watching TV shows like The Biggest Loser, and we’re creatures who want instant gratification, so a lot of times if I have a client who’s only losing a pound a week they get frustrated.

I just have to remind them that if they set out on this diet on 1 January and wake up on 31 December, thirty pounds lighter, how excited are they going to be? They’re always like ‘Oh my God, that would be amazing’. And I say yes, that’s just a half a pound a week.”

“That’s what’s really empowering about my work. I can help anybody find out how to lose weight and how to take away the obsession. That was the biggest struggle in my teen years. I was so very competitive and always wanting to be my best. I was so angry that I was being ruled by food. How can I have no willpower, how can I do all these things and I can’t get in control of it?”

“It’s so upsetting, Then you beat yourself up and you feel bad and you look bad and you start wearing men’s flannels. If I eat before bed I can’t sleep, so then I’m sleep-deprived and binge at night and would try not to eat for half a day.

It was just a horrible, horrible vicious cycle. There were literally times when I’d see how long in a day I could go without eating and not pass out. But when I got older I realised that was the sumo wrestler diet: don’t eat all day, and eat at night. And that’s how you pack on the pounds!”

Devin says her own experience enables her to be a lot more compassionate with people and helps them feel more confident in her because she knows what they’re going through.

“Some of the contestants on the TV series The Biggest Loser were Olympic athletes who got heavy. For me, that’s a big difference to someone who’s been heavy their whole life losing the weight. It just feels it would be so much easier for the athlete.”