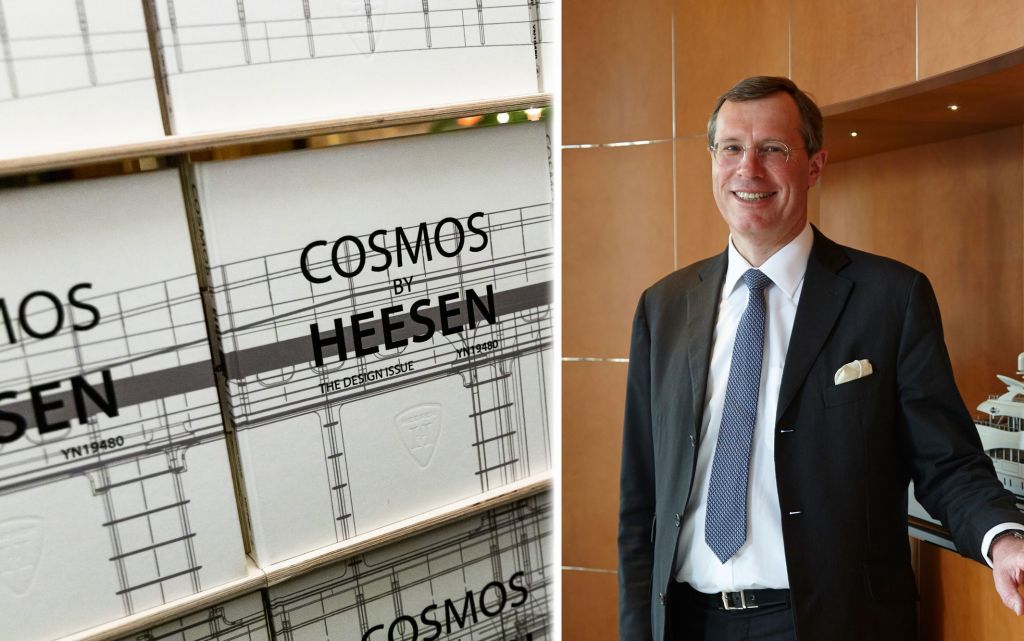 Simon Wittenberg catches up with Mark Cavendish at the London launch of the first of three books on Heesen’s Project Cosmos, and talks XVenture, 2019 success and what the future holds for the Dutch shipyard.

LM: Heesen has unveiled the first volume in a three-part series on the design and build of Project Cosmos, the largest, fastest full-aluminium yacht ever built by Heesen. Who is the author, and how did these books come about?
MC: The books are being written by Alan Harper, and he is interviewing the different heads of departments and the people involved in the build of the ship.

In terms of how the books came about, Cosmos is the largest yacht that we’ve ever built, and it’s the biggest and fastest aluminium yacht in the world, so this is an iconic moment, and I think such a structure needs to be documented in a series of nice books.

We will talk about the design of the boat, the build of it and the various complications involved in its assembly.

For example, there’s a lot of energy being pushed through the boat from the engines, and to do this with a long and lightweight structure, you need to develop specialised construction techniques – this is just one of the things that will be explained. 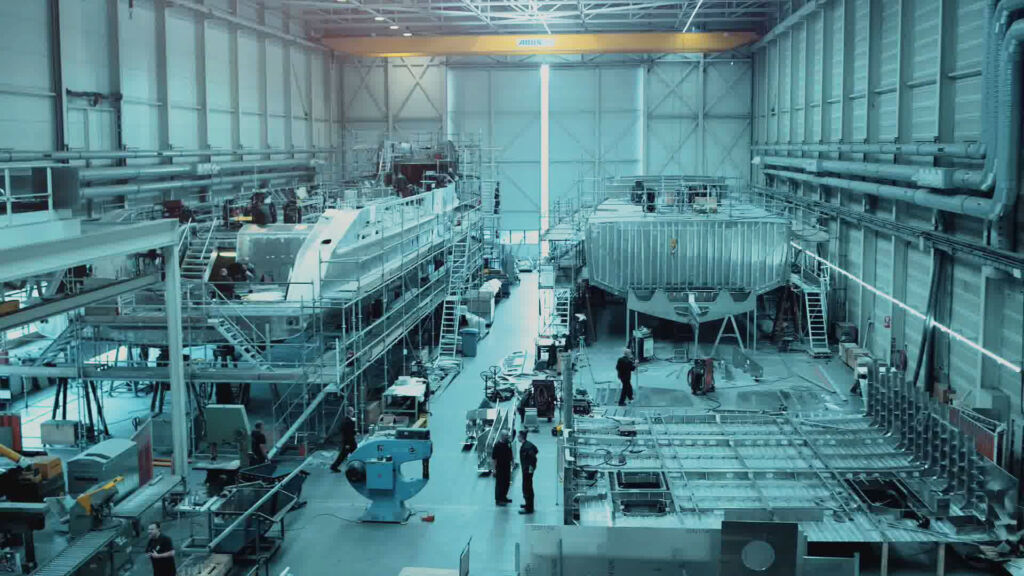 LM: We were at the keel-laying ceremony in May for Project Cosmos. How is the construction of the yacht progressing, and when will Cosmos be completed?
MC: The build of the yacht is progressing well, and it is a massive aluminium structure in our assembly hall at the moment. At this point, we are welding up the various modules of the hull, and then these will all be joined together in the dry dock. At that point, the hull and superstructure will be finished, which will probably be three-quarters of the way through next year. Cosmos will be completed in April 2022, so just over two years from now.

LM: You recently announced Project XVenture. Where did the idea for this yacht come from, and please explain to our readers the concept behind it?
MC: I’m very passionate about Project XVenture, and the idea came from the Chairman of our Supervisory Board. In terms of the concept, there is a trend more and more now for people to go for these explorer yachts, and to transport long offshore passengers to the less frequented parts of the world. Typically, these boats have been converted tugs or converted commercial offshore supply or crew vessels. Therefore, being Heesen, we thought that we would design a full-on luxury offshore explorer.

It’s got very big volume, it’s got capacity for enormous tenders and toys, including a submarine and a helicopter. There’s also a mission control room in the wheelhouse, where you have all-round vision, and at the front, there’s an area where you can plan expeditions and monitor what’s going on. I could imagine seeing this boat equally at home going up the Amazon, as it would be for heli-skiing in Northern Canada or the Arctic. The way I describe XVenture to people, is that it’s more Range Rover than Land Rover what we’re doing!

LM: Have you taken any orders so far for Project XVenture?
MC: There have been no orders as yet, as we only announced Project XVenture before the Fort Lauderdale International Boat Show in the US last month. So it’s early days, but I have to say the response has been very encouraging. I think we now have two firm enquiries, which I think at this stage of the game is very positive.

LM: Which audience are you targeting with XVenture?
MC: If I was pinned to give an answer, I would say that it is probably aimed at the younger generation of the super-wealthy. Both enquiries so far have come from yacht owners that are sub-50 years old.

LM: If this vessel is being used to explore nature, how are you mitigating the impact on the environment?
MC: That’s another very nice question. The fundamental in all of this is to make sure that the naval architecture, i.e. the design of the boat, is extremely efficient. As long as you can make that efficient, you don’t need an awful lot of power or fuel to propel it through the water.

We started with our fast-displacement hull, which has been tested at the Wolfson Unit at the University of Southampton, and proved to be one of the most efficient hulls they have ever seen. It’s about 30% more efficient than any other hull. In fact, when they did the tests, they couldn’t believe the first set of results, so they ran the assessment again free of charge in order to verify what they had found!

We are also offering a hybrid propulsion system as an option, so this will further reduce the fuel load, and we may possibly use a more efficient shuttle propulsion system, but that’s as far as you can go. Battery technology is not yet at the right level for yachts of the size of Project XVenture.

That being said, on Cosmos, we are putting in a battery bank system, and that’s there so the yacht can run for periods of time without the generators running when at anchor.

This is ideal if you’re swimming or if you’re in a quiet bay. Powering a yacht using batteries when it’s static is a very new technology called “peak-shaving”. It is a brilliant concept and has really revolutionised the efficiency of power creation.