Ong Chin Huat speaks to Ludovic du Plessis, the Global Executive Director of Louis XIII in Singapore and finds out why the ‘King of Cognacs’ thinks a century ahead.

A specially constructed safe housing a record made from clay which contains the exclusive song titled “100 Years” – The Song We’ll Only Hear If We Care composed by singer and songwriter Pharrell Williams was flown to Singapore for viewing by cognac connoisseurs and friends of Louis XIII in a gala dinner held at Gardens by the Bay.

Collaborating with Pharrell Williams in this unique project, Louis XIII had the brilliant idea to celebrate its centuries-old heritage as well as show its concern for global warming by asking Pharrell to compose a song which would only be released in the year 2117 and can only be heard if the sea levels don’t rise. The song is contained in a record made from clay from the chalky soil of Cognac in France and it will be stored in the cellars of Louis XIII in a state-of-the-art safe designed by Fichet-Bauche and is only destructible when submerged in water.

“We are incredibly proud of this innovative project,” said Ludovic du Plessis, Global Executive Director of Louis XIII. “Nature and time are at the heart of what we do. If the environment is unstable, even the greatest Cellar Master would not be able to compose the exceptional blend that is Louis XIII. Global Warming is one of the most important issues of the 21st century; with 100 Years – The Song We’ll Only Hear If We Care, we hope to inspire people around the world to take action.”

Born in Paris and graduating from Paris Dauphine University with a marketing degree, Ludovic du Plessis has an impressive career trajectory in the cigars, fine wines and spirits industry. Hobnobbing with Hollywood celebrities, entertaining heads of state and partying with international socialites are all in a day’s (and night’s) work for this bon vivant who considers himself an ambassador of French art de vivre.

LM: How did you come up with the idea for the 100 Year song?
LDP: The idea came when I went to Cognac back in 2014 and I sat down with the Cellar Master who told me that just that morning he put aside some eaux-de-vie which he would give to the next generation and I realised that he was working for people who were not born yet! It was then that it struck me that everyone needs to be made aware of this fact. It’s about thinking a century ahead. Each decanter of Louis XIII is a life achievement of generations of cellar masters. 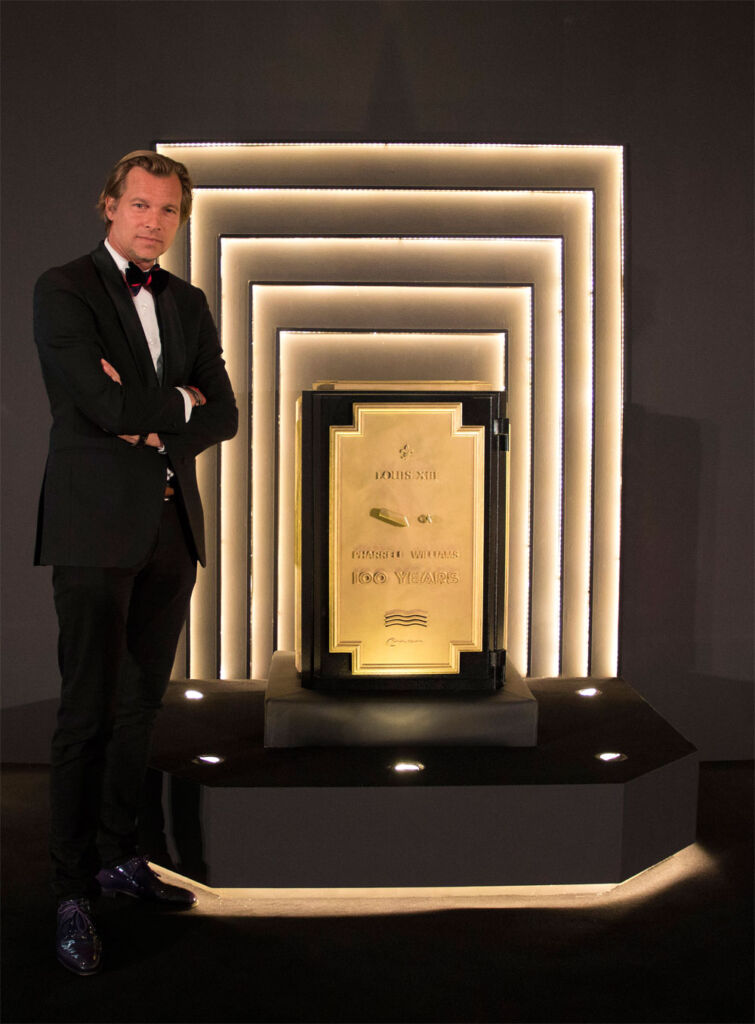 I thought long and hard how we could tell this story to the world and that was when I thought of doing the “100 Years: The Movie You Will Never See” with John Malkovich. A movie is very universal and the “100 Years”- The Song We’ll Only Hear If We Care with Pharrell Williams was a follow-up on the first idea. This project was a tribute to the long-standing relationship Louis XIII has with time. It was also a stand against instant gratification.

Today’s generation is all about immediate results but I wanted to show them what delayed gratification is about. We wanted to make a movie or song which wouldn’t be released immediately but which you had to wait 100 years to watch or hear.

LM: You have been in the champagne and cigar business and now in the cognac industry. What’s next for you?
LDP: My job today is to go with innovation and to keep one step ahead. I have just starred in a small role in a movie which will be coming out in 2019. It’s an American movie filmed in Israel and it is a drama-comedy. I believe that if you want to inspire other people, you need to be inspired and my source of inspiration are my friends.

LM: Now that there is a movie and a song which would only be revealed in 100 years’ time, is there another project in the pipeline with this 100 years’ theme?
LDP: Yes, there is and we are planning it but let’s see if it will materialise. 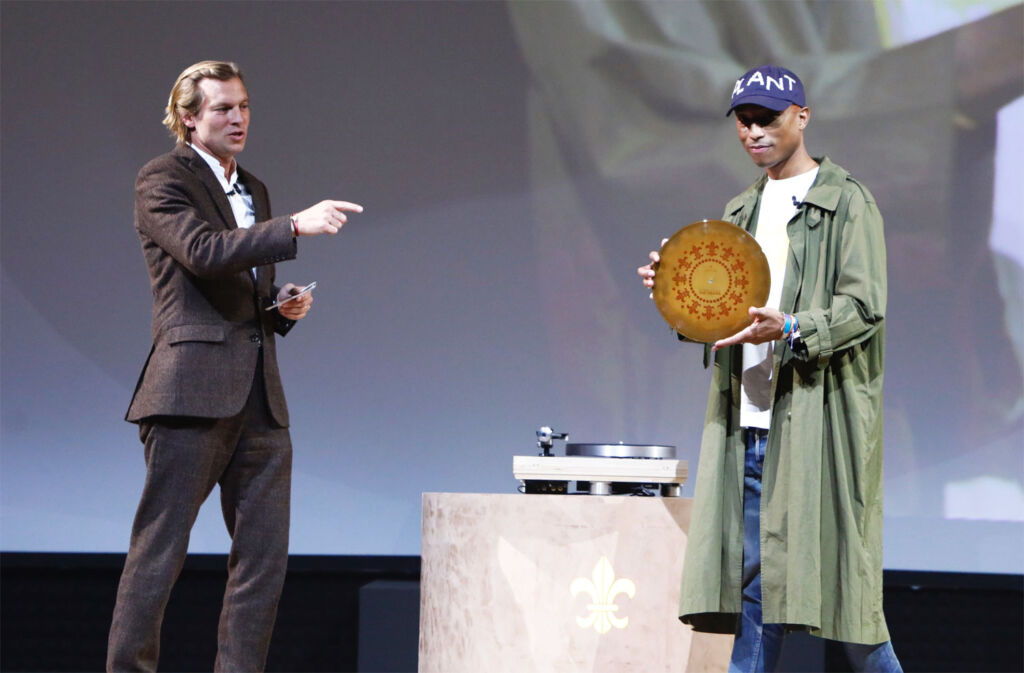 LM: How involved was Louis XIII in the composition of Pharrell William’s “100 Years”– The Song We’ll Only Hear If We Care?
LDP: We gave Pharrell as well as John Malkovich a free hand. I told them we were not going to change a word in their creation.

LM: What suggestions can you give our readers on how to enhance the Louis XIII experience.
LDP: It would be ideal to savour Louis XIII is before lunch and before dinner. This is because at that time, your palate is fresh and clean and there is nothing to disturb the taste of Louis XIII. But that’s not to say you can only drink Louis XIII before your meals. You need to try it four times a day if possible – before lunch at 11 am and after lunch at 2 pm; then before dinner at 7 pm and after dinner at 11 pm. If you do that you will experience the four different faces of the same liquid. And the way you drink it is also important. You savour it drop by drop because when you drink Louis XIII, you are actually drinking time.

LM: Is Louis XIII hoping to cultivate a younger generation of drinkers?
LDP: Today we have a solid following of Louis XIII customers and lovers who are around 40 years and above. It is one of my mission is to make sure that the new generation understands what Louis XIII stands for and they get a proper induction to Louis XIII. A younger person might not be able to buy a bottle of Louis XIII but they can buy a glass. I suggest that the younger generation drink less but better.

LM: What do you recommend connoisseurs of Louis XIII drink it with?
LDP: There are four things goes very well with Louis XIII: Firstly, you have to drink it neat with nothing. Secondly, you have a cigar with it and I would recommend a Trinidad Robusto Cuban Cigar. The third thing to have an Ibérico de Bellota, a type of cured ham made from free-range pigs which roam the oak forest along the borders of Spain and Portugal and only eats acorns. And the fourth thing is Beluga Caviar. 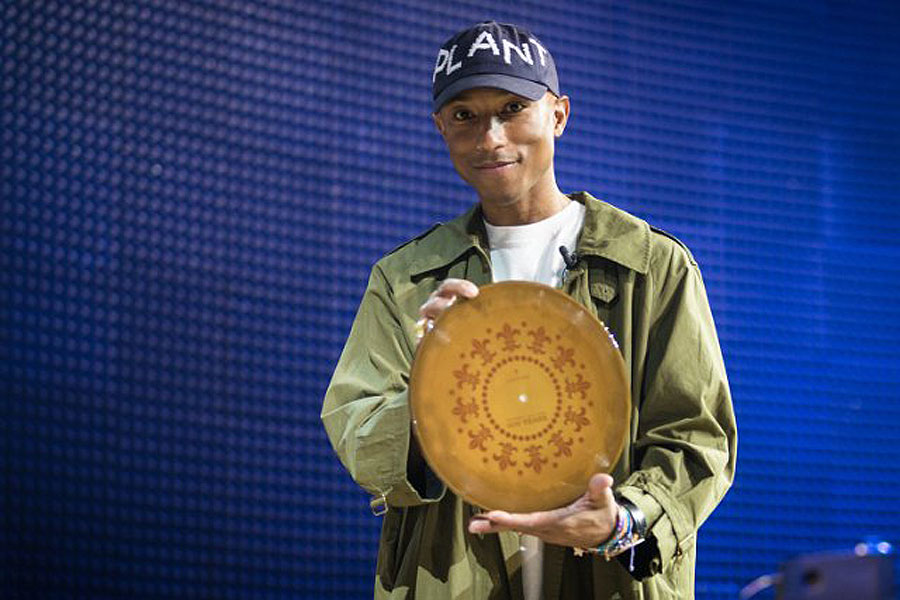 For further information on “100 Years” – The Song We’ll Only Hear If We Care, please click here.