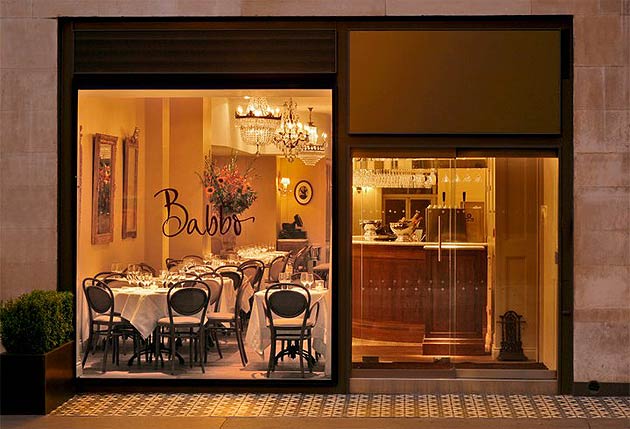 Babbo, which takes its name from the Italian word for ‘Daddy’, is a fine dining establishment in London’s Mayfair which prides itself on values of authentic cuisine, tradition, and family.

Only three years old, the décor of this intimate setting is characterised by black and white photos of the owner’s family and that of his wife’s relatives reflecting the friendly ambiance that welcomes visitors to this venue.

The 10-strong culinary team, all of Italian nationality, is led by a young 27-year old chef by the name of Carlo Scotto who learnt his trade preparing French dishes in Michelin-starred restaurants including the highly-acclaimed Galvin La Chapelle. Even spending only a few minutes chatting to him, you can quickly see his personal drive for ultimate perfection, an undying love for food, as well as the strong desire to challenge the status quo to be able to give guests the very best possible experience. Every ingredient used is tasted before being served, such is the attention to detail.

Originally from Naples, and an avid lover of cheese, Scotto creates his very own mild Parmesan-like masterpiece to tantalise the tastebuds of diners prior to their starter. Using 1,000 litres of goat’s and cow’s milk for every 40 kg, and combined with black truffle, the cheese, which still carries no name, takes nearly six months to mature, and the result is nothing short of divine. Served as a series of small pieces on a wooden platter, it disappeared within seconds, for which Scotto was proud. Followed by focaccia and Italian breadsticks dipped in thick and heavenly Balsamic vinegar, Babbo impressed before we had even had the chance to reach for our knife and fork. 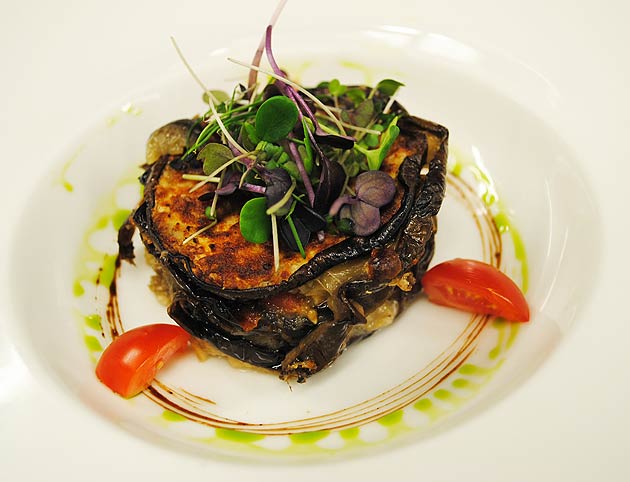 The A La Carte menu offers a good variety of opening courses which range from fried squid to tuna carpaccio. I chose Babbo Melanzana, supposedly one of the oldest Italian dishes, which takes the form of a baked aubergine, mozzarella cheese and cherry tomato gratin. Small in size, but rich in flavour, each ingredient combined beautifully to deliver a light start to the meal. One of the signature dishes of Babbo is in fact the Burrata cheese which is typically found in the Puglia region of southern Italy. This was selected by my guest with little hesitation after hearing so many good things about it. Served on a bed of tomato and basil, the soft outer shell of the cheese houses a cream-like interior which simply seeps out as you break through the former, and every bite simply melts in your mouth without fail.

All pasta served by this restaurant is freshly made in-house by Scotto and his team, and a selection from the pasta and risotto section of the menu can serve as a nice precursor to the main course even after having had a starter or ‘antipasti’. I tried the Tagliatelle with black pepper and Cacio, a semi-soft cheese made from sheep’s milk. To truly savour this dish, you have to be a ‘pepper connoisseur’, if there is such a thing, as the corns are very strong and combined with the oily consistency of the sauce, this recipe is rich in nature. Nevertheless, you could clearly see that it was prepared with absolute precision and, more importantly, it was immensely tasty. My guest sampled the lobster Tagliolini which was equally enjoyable and the flavours which met each other in the dish were not at all overpowering.

After having digested the two opening courses, which was facilitated by a crisp white Sicilian Vermentino wine, we were then greeted with a relatively long pause before the mains arrived, but it was for a perfectly good reason. It was like being at the theatre and waiting for the play to start, because the show that followed was magnificent. A real culinary spectacle unfolded: three people arrived at our table on mass – one to serve the delicious roast potatoes which had a salty edge to them, one to deliver a selection of green vegetables, namely al dente beans sporting a light sugary coating and deep fried courgette strips, and the other to present us with a silver platter covered in its entirety by a whole wild seabass coated in a thick crust made of salt, flour, and egg. The show didn’t stop there as the “piece de resistance” was about to unfold before our eyes. To fillet a fish with speed and elegance is a fine art, and when done with such finesse, you can’t help but be impressed. This was the result of many years of experience which originally emanated from our host’s tuition in a hospitality school located in a town to the north of Sardinia. The tender and moist texture of the seabass was exceptional. 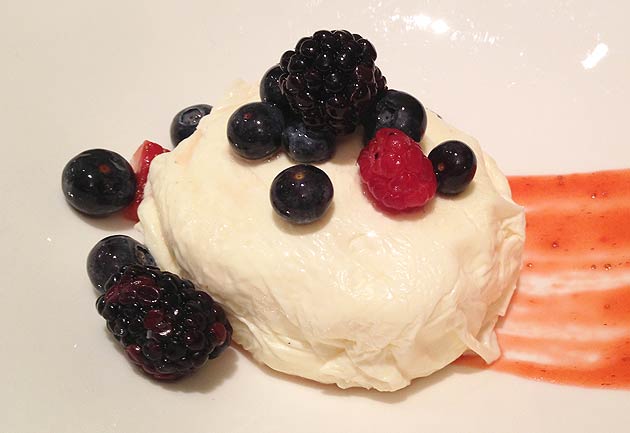 Come dessert and accompanied by a sweet wine, we followed Babbo’s mouth-watering recommendations to the letter. The first was the caprese (a term normally used for a mozzarella and tomato-based dish) which combined Burrata and an interior filled with mascarpone ice cream, whilst the exterior was decorated with a sprinkling of raspberries, blackberries and blackcurrants. The second was the Profiteroles stuffed with a trio of ice cream and lying on a dark hot chocolate sauce. Both of these suggestions were superb, and Babbo had got it absolutely spot on for how to round-off a meal with yet another memorable delicacy.

The ingredients for a successful evening according to Scotto are good food, good wine and good company, and Babbo certainly produced all of the above in quantity. If you are looking to impress with a restaurant which delivers sophistication, originality, and a warm atmosphere, then this Italian is the place to be. 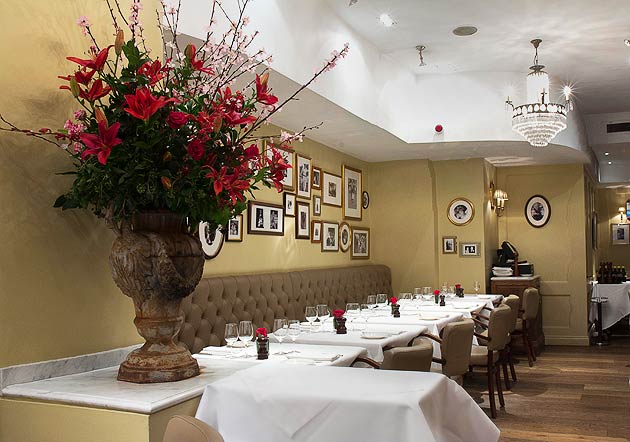 To find out more or to make a reservation, visit www.babborestaurant.co.uk