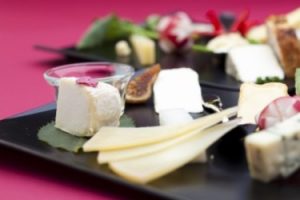 Following the recent renewal of its onboard wine list last month, Japan Airlines (JAL) will offer a new line-up of Japanese cheese for First and Executive Class customers on select international routes from March 1, 2012.

JAL has been offering assortments of quality cheese from around the world for its meal service to premium customers onboard its international flights. From March, JAL would like to invite its customers travelling in First and Executive Class to discover the uniqueness of Japanese cheese and through it, also the richness of Japanese culture.

Japan has many established dairy farms throughout the country, notably in Hokkaido with its cool climate and vast farmlands, and also where the early history of cheese-making in Japan began some 140 years ago. As this initially-European culinary culture gradually began to find its place among the Japanese people, production of cheese in the country also started taking root mainly with pasteurized milk used to create mild-flavoured cheese. Today, to satisfy a more diverse palate for all kinds of cheese, Japan produces a wide variety of world-class quality. 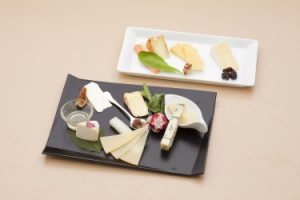 “We are constantly striving to provide our customers with a refreshingly good experience whenever they fly with JAL,” said Yumi Yokoyama, lead cabin attendant in JAL’s Product and Service Strategy division who is also a certified Cheese Sommelier*1 from the Cheese Professional Association of Japan. “At the same time, as an airline established in Japan, we hope to promote the excellence of Japanese cheese to our customers and have thus carefully selected a platter of locally-produced cheese for their in-flight dining pleasure.”

An assortment of 16 types of cheese have been chosen for months up to August – offering five types in First Class and three in Executive, with a change in selection at the end of May. (See list of cheese, dates available and applicable routes below.)

In First Class, customers can also choose to simply enjoy the rich flavour of the different types of cheese available, or savour a specific type with a complementing snack