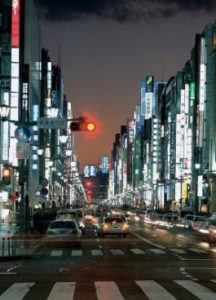 Three months since the massive earthquake and tsunami hit the northeast coastal region of Japan and major cities such as Tokyo and Osaka, as well as the popular resort island of Hokkaido, are anxious to welcome visitors back to their unforgettable destinations steeped in history – Japan is still open to luxury travellers.

Mr. Hiroshi Mizohata, Commissioner, Japan Tourism Agency states, “We feel people from around the world visiting Japan will bring us invaluable vigor…a vast majority of Japan’s regions and their tourism attractions have not been affected at all and are completely prepared to welcome guests. At the same time, these visitors will also provide us with precious opportunities to express our gratitude.”

The Imperial Hotel Tokyo
The Leading Hotels of the World are currently offering six breakfast inclusive packages from their member hotels in Tokyo, Osaka and Hokkaido:
Opened in 1890 at the request of the Japanese aristocracy, the Imperial Hotel Tokyo boasts an impressive historic pedigree. Centrally located and within walking distance to the Ginza shopping district, the park-side Imperial features impeccable attention to detail and includes the Michelin-starred restaurant Les Saisons. The airy suites are favored by statesmen, royalty, and celebrities.

Two pleasures not to be missed at the Imperial Hotel Tokyo are the daily chanoyu (traditional tea ceremony) and a cocktail in the Old Imperial Bar, an elegant Art Deco space containing pieces of murals and terracotta tiles from the original building designed by Frank Lloyd Wright in 1923. Breakfast inclusive rates are starting from JPY 32,800 per night, based on double occupancy.

Hotel Okura Tokyo
In the very heart of downtown Tokyo, the Hotel Okura Tokyo is just a short walk to the city’s main cultural, entertainment and business centers. Embodying classic Japanese elegance, this fabled hotel was designed by Yoshiro Taniguchi, who was also the creator of Tokyo’s National Museum of Modern Art. The property features tranquil gardens, an elegant tea ceremony room with kimono-clad hostesses, and stunning ikebana (floral arrangements). The Zen-inspired rooms feature vibrant fabrics and shoji screen-like windows. Breakfast inclusive rates are starting from JPY 43,000 per night, based on double occupancy.

Hotel Seiyo Gonza
Like Tokyo itself, the Hotel Seiyo Ginza combines the centuries-old art of traditional service and tranquility with the best the modern world has to offer. The discreet entrance of the boutique-sized hotel, in the city’s upscale Ginza shopping district, is part of its understated charm. The property perfectly blends Asian graciousness with European-inspired décor. Its Michelin-starred restaurant, Mao, serves some of the city’s best sushi in a dining room designed by kabuki actor Ebizo Ichikawa. Breakfast inclusive rates are starting from JPY 33,800 per night, based on double occupancy.

Imperial Hotel Osaka
The Imperial Hotel Osaka is a towering hotel overlooking the cherry tree-lined River Okawa. Its lush park-side views offer a resort-like ambience in the center of Osaka – Japan’s second-largest urban area, fondly known as the “nation’s kitchen”. Culinary innovation takes center-stage in the hotel’s six worldclass restaurants. Many of the hotel’s design motifs were crafted by Frank Lloyd Wright, the architect of the original Imperial Hotel in Tokyo.

Windsor Hotel TOYA Resort and Spa
In contrast to Japan’s urban south, the northern island of Hokkaido is a natural wonderland and home to The Windsor Hotel TOYA Resort & Spa. Perched on Mount Poromoi, the resort is a beacon of contemporary architecture and offers stunning views often compared to those found in the Swiss Alps. Guests are spoiled with outdoor activities, though many opt to take advantage of the Bloom Spa. Completely refurbished guest accommodations and an international staff dedicated to the best in unobtrusive service await visitors to this gracious and unique destination.

For Father’s Day 2021, Get Dad Outdoors and Invigorate His Mind & Senses