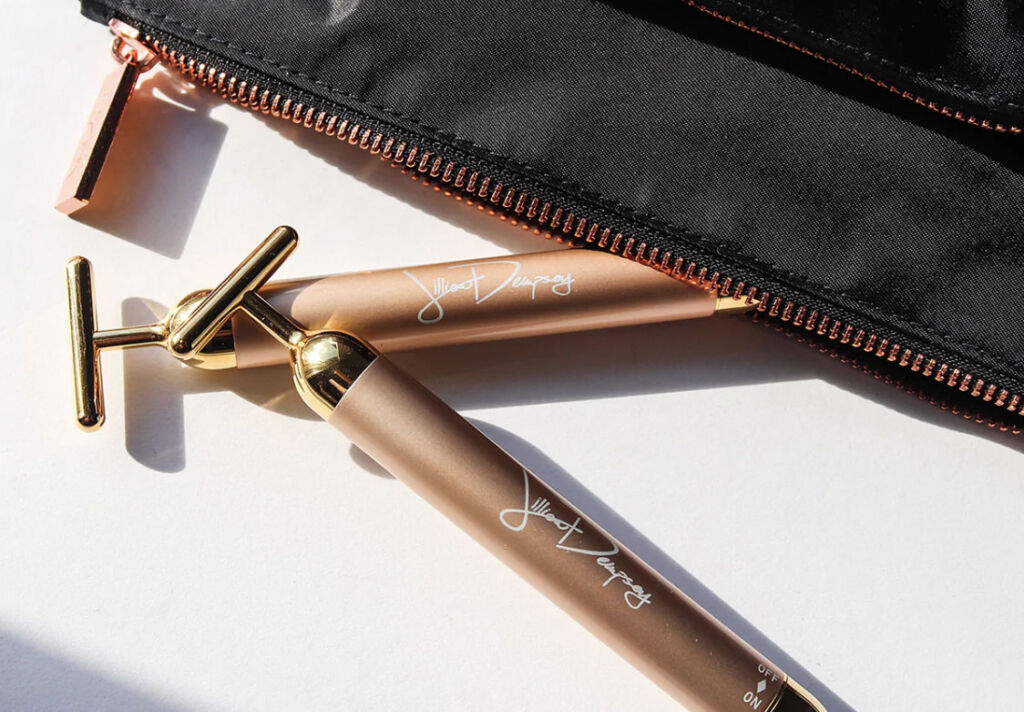 Jillian Dempsey is one of the world’s most celebrated makeup artists, a go-to for Hollywood’s best-known faces, and is married to the actor Patrick “McDreamy” Dempsey. In addition to making people look fantastic, she’s also happy to share her discoveries with the world, and one of them is her 24K Gold-plated Sculpting Bar.

If we rule out a large proportion of younger people who insist on trying to make themselves look older, most everyone else will be doing what they can to achieve the opposite. Many options on the market claim to help reverse the impact of Father Time (invasive and non-invasive), all of which have varying degrees of success, from imperceptibly noticeable to got it right to outrageous and frightening.

The first port of call for many is topical treatments such as face creams; however, Jillian Dempsey’s 24K Gold-plated Sculpting Bar tries to improve your looks in a non-invasive physical way.

Like many, I’ll often dab on the fancily boxed, branded creams, usually at night, hoping I will wake up the following morning looking years younger. Alas, almost everything I have tried has been unable to justify the effort. Admittedly, there have been some things, such as Medicosmetics pure collagen serum and a handful of others, which did give me hope, but their effects did become less noticeable over time.

What interested me about Jillian Dempsey’s 24K Gold-plated Sculpting Bar is it is an idea that was borne from Japanese minds, and most people will be well aware that the Japanese know more than a thing or two about innovation and beauty.

It was during Jillian’s travels that she discovered the sculpting bar, and following negotiations, she was able to secure an exclusive deal where she could put her name to it, along with gaining U.S distribution rights. 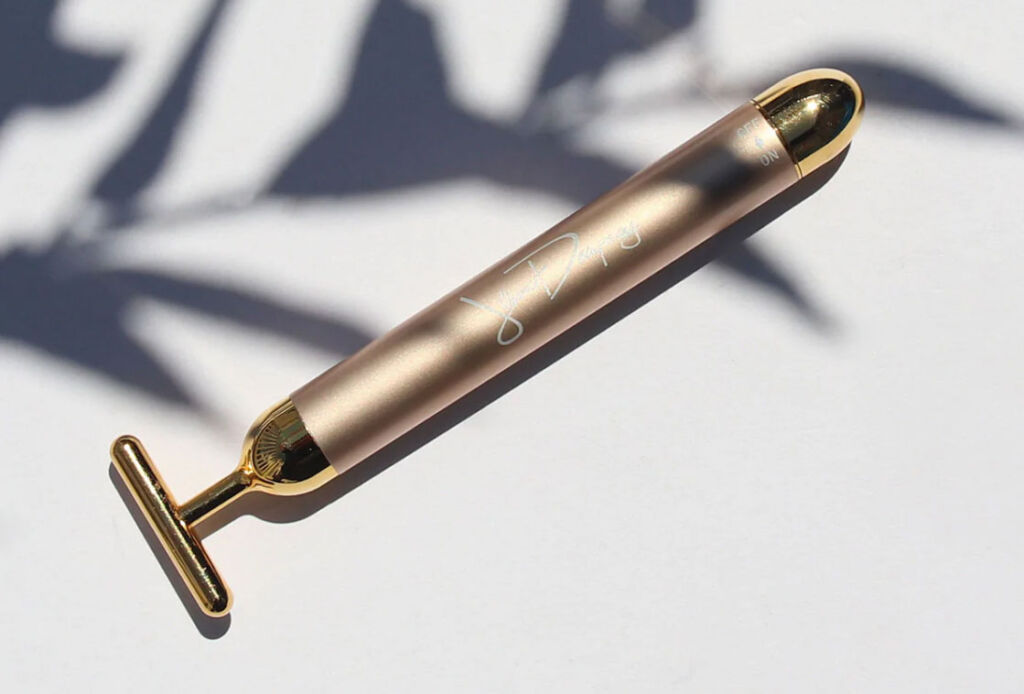 What it claims to do
The sculpting bar is said to boost blood flow and lymphatic drainage, which should result in a firmer, more sculpted face. The bar vibrates at 6,000 rotations each minute, reducing facial puffiness, and making you look refreshed and more wide awake.

Can it do this? Read my findings below to learn if it can:

Testing Jillian Dempsey’s 24K Gold-plated Sculpting Bar
I watched some younger people trying Jillian’s sculpting bar on YouTube videos to gain better knowledge of the product and uncover the best techniques. Almost everyone in the videos was a young female with taught, blemish-free skin, and it dawned on me that they were hardly the best guinea pigs. 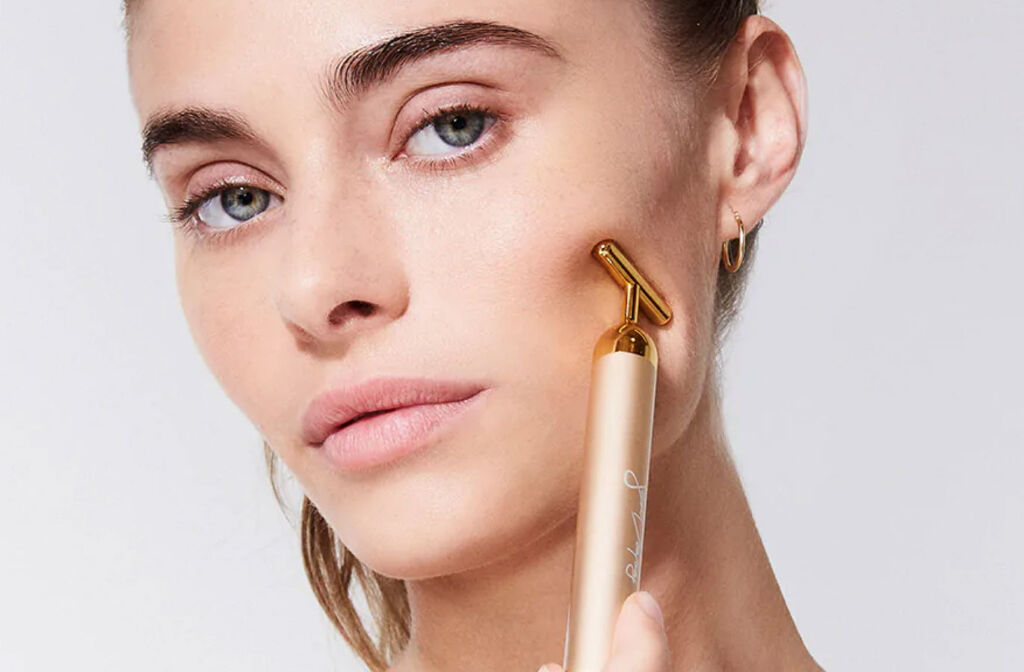 What Jillian needed was a tester like me, Paul “MuckDreamy” Godbold, a man in his mid-50s with sagging skin and, depending on the time of day and lighting, someone whose face was akin to a bag of spanners.

I did my testing in a far from clinical setting; in fact, it took place over three days, with me laid out on the sofa with cushions under my head, watching a documentary.

I turned on the sculpting bar and was surprised by its power. Remembering what I had seen in the videos, I started by moving the sculpting bar up and down my neck, grabbing the opportunity to make all manner of odd noises as it passed over my voice box. From here, I moved to my mouth and cheek areas.

Although it was far too early to see any results, the pleasure I felt on my face was enough to win me over. I was constantly trying to figure out how much pressure I should be using, so instead, I went with what felt comfortable. In the areas where my skin was a little thinner, such as around my eyes, my forehead and my jawline, I could feel the vibrations in my bones, but even this wasn’t enough to dull the overall pleasure I was experiencing.

I swiped the sculpting bar across every part of my face four to six times, and when I focused on the eyes, I turned it sideways, using the outer edges of the T-bar. Please note, contrary to what was advised, I didn’t use it with a moisturiser but instead used it on just a freshly washed face.

After my first session, I eagerly rushed into the bathroom and looked in the mirror. Did I notice a difference? I think I did! Moving my face into the angles that would usually highlight the sagging, I could see that it was far less pronounced. I initially put this down to wishful thinking and decided that I would only come to a final conclusion once I replicated the process at least a couple more times.

Over the next couple of days, I repeated the same testing process, and each time, I saw an even more noticeable improvement. What surprised me was that the positive effects I saw from the previous nights were still there in the morning. 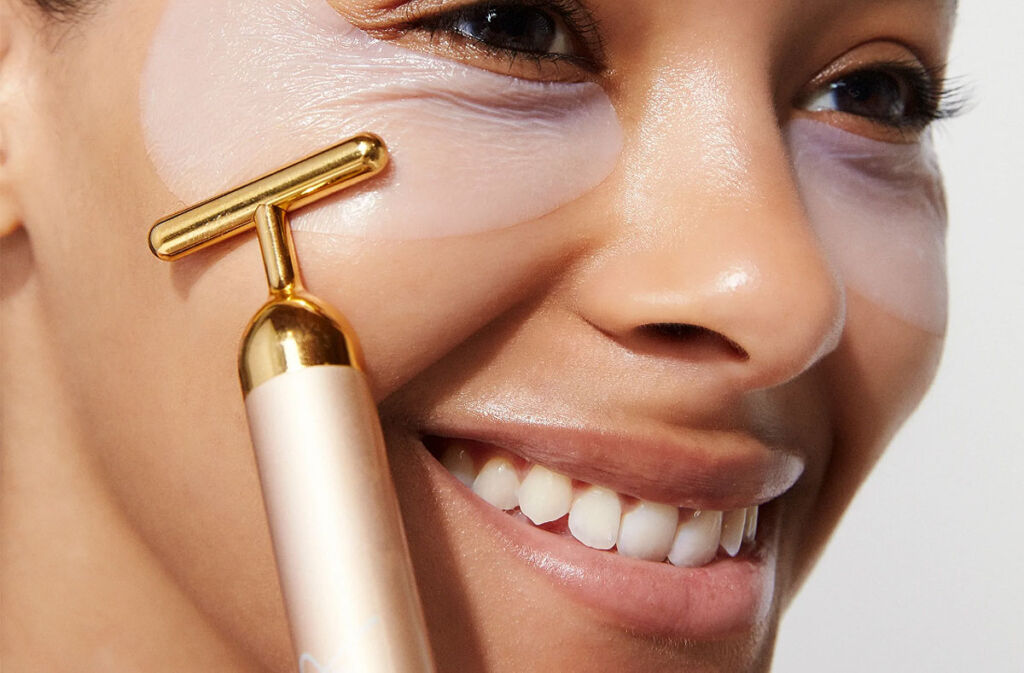 Final thoughts
I think it is a brilliant product, and I love using it. My skin does look tighter, it is less saggy, and the puffiness under my eyes has vanished. On top of this, running the sculpting bar over the face is a lovely feeling, and for that reason alone, I’d recommend buying one.

Regarding the marketing of the Jillian Dempsey 24K Gold-plated Sculpting Bar, the takeaway from this review is to use someone other than a beautiful young female model; go with someone like me, a man who started off with a face like a bag of spanners.

The Jillian Dempsey 24K Gold-plated Sculpting Bar is priced at £185.00 and is available to purchase from Harrods and www.jilliandempsey.com.