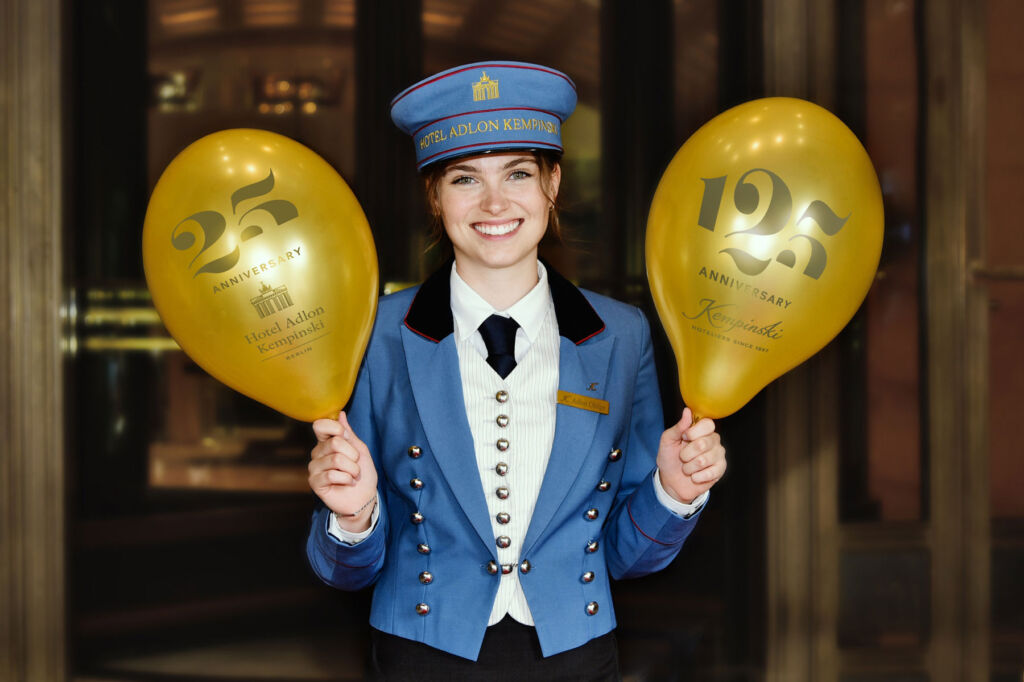 Two hospitality legends are celebrating Landmark Anniversaries this year. The Hotel Adlon Kempinski is about to celebrate its 25th birthday since reopening, and Kempinksi, Europe’s oldest luxury hotel group, is celebrating its 125th anniversary.

While all of the group hotels worldwide have been celebrating the 125th anniversary of Kempinski Hotels since April, the 25th anniversary of Hotel Adlon Kempinski Berlin will be a separate affair. From its birthday, which is on the 23rd of August, until the following weekend, the Berlin icon will be honoured by some rather special events and offers. It will be an opportunity for Berliners, hotel guests, and gourmets to partake in an anniversary week that includes:

Celebrate with the “Stars”: Kitchen Parties in the Two-Michelin-Star Lorenz Adlon Esszimmer on 25 and 26 August 2022:
The kitchen parties will be an exclusive opportunity to look over the shoulder of the new Two- Michelin-Star chef, Reto Brändli, as well as other top chefs as they prepare their creations.

Celebrated “star” chefs will be standing at the stove alongside the host every evening. They will include Karlheinz Hauser, the original head chef of the gourmet restaurant at the Brandenburg Gate; Hendrik Otto, who won the second Michelin star for the Lorenz Adlon Esszimmer; Dominik Hartmann, Two-Michelin-Star chef at Magdalena in Rickenbach, Switzerland (a friend of Reto Brändli) or Philipp Vogel of the Orania Berlin, and former chef at the Restaurant Quarré.

Additional gourmet stations will offer caviar from Kaviari, oysters from Deutsche See, cheese specialities and other delicacies from Otto Gourmet. The evening starts at 7:00 pm with a welcome glass of Champagne, and the price is 325 Euros per person, including wines from top winemakers. 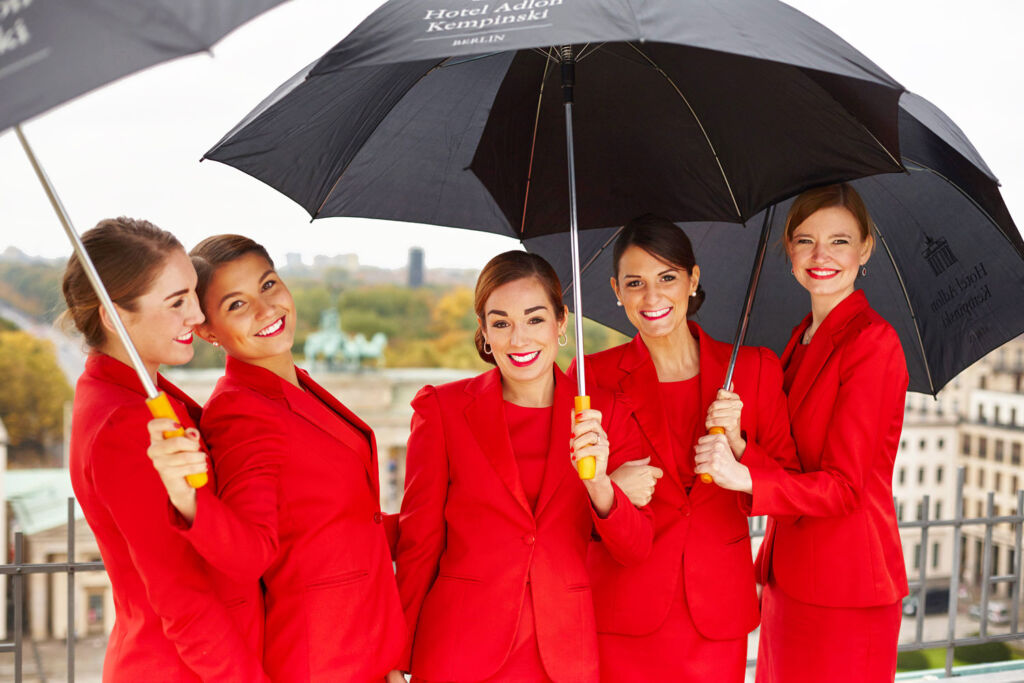 Adlon Anniversary Afternoon Tea on the 23rd, 26th, 27th, and 28th of August 2022
At the Afternoon Teat, the signature Ladies in Red will be standing in a row to welcome you. There will also be Butlers in tails and white gloves pouring Champagne from magnum bottles and a trio of piano, double bass, and flute, providing a delightful musical accompaniment.

It takes place in the legendary lobby around the elephant fountain, where famous sweet and savoury delicacies from the kitchen and in-house patisserie will be served at the tables. On offer will be canapés with beef tartare and truffle cream prepared tableside, two types of warm scones with jam and clotted cream, unusual madeleines, macarons and tartelettes. Everything has been designed to seduce lovers of the traditional afternoon tea ceremony. The price is 79 euros per person.

Partners and Suppliers:
For many years, the Hotel Adlon Kempinski Berlin has had an excellent relationship with its partners and suppliers. So it was obvious to involve them in the planning of the anniversary. Those joining in with the festivities are:

The noted Dibbern porcelain manufacturer has designed an exclusive Adlon-Edition tea and coffee set from the finest fine bone china. The plates are decorated with the head of an elephant – a tribute to the unique elephant fountain – and linden leaves in a tribute to the magnificent boulevard Unter den Linden.

Riesling wines from the Robert Weil winery in the Rheingau were part of the wine list when the Kaiser opened the original Hotel Adlon in 1907. For the 25th birthday of the reopened hotel, the cellar masters of the winery, together with the Adlon’s head sommelier, have selected a 2020 Riesling that continues the tradition of its predecessors with its recreation of the original 1907 wine label. This wine is served in the lobby as well as in the restaurants.

Leicht Jewelry Shop, which has been in the hotel since it reopened, is celebrating the anniversary with an immortal piece of contemporary history and is presenting two limited special models by Chopard. The anniversary watch comes with an exclusive gift: every buyer of the stainless-steel watch and a guest are invited to a gourmet dinner in the Lorenz Adlon Esszimmer with Two-Michelin-Star chef Reto Brändli. Buyers of the gold model stay overnight at Hotel Adlon Kempinski Berlin in addition to the dinner. The anniversary clock will be displayed at the kitchen parties.

The Adlon Experience Anniversary Package will be available throughout the year. It includes an overnight stay in one of the luxurious double rooms or suites of the iconic hotel, where a bottle of Ruinart Anniversary Champagne, a chocolate model of the Brandenburg, and a surprise gift will greet guests on arrival.

In the evening, a seasonal three-course menu accompanied by Robert Weil’s anniversary wine is served in the Quarré restaurant. The next morning, the legendary gourmet breakfast buffet is served in the gallery of the Bel Etage and in the adjoining salons. The Adlon Experience Anniversary Package with one night’s accommodation starts at 630 Euros per person in a deluxe double room. To make a reservation, please visit www.hotel-adlon.de.