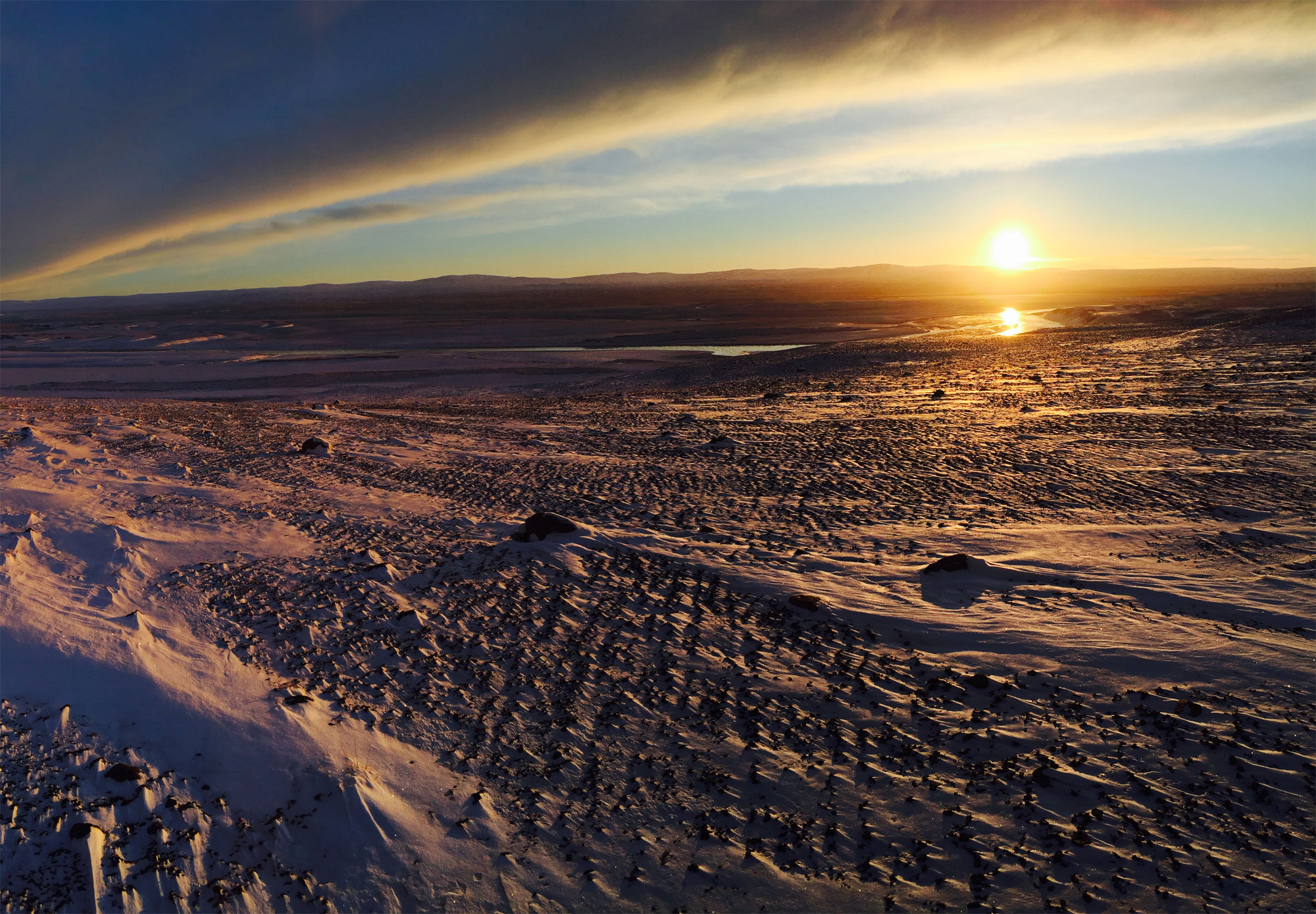 Given that it’s Europe’s most sparsely populated country, Iceland commands a disproportionate amount of natural beauty.

It’s a fact that was evident from the air as I flew in courtesy of Icelandair. Outside the cabin window, the Atlantic could be seen knocking against the blackened coast, whilst the vast snowy climbs appeared featureless aside from the occasional settlement or brightly glowing greenhouse.

The irony of sitting in the sky and acknowledging the attractiveness of the land is not lost on me. Just a few hours later, I was gazing up at the former in astonishment as the Northern Lights danced above our small party of stargazers. But therein lies the beauty of Iceland – you are surrounded by raw natural wonders. 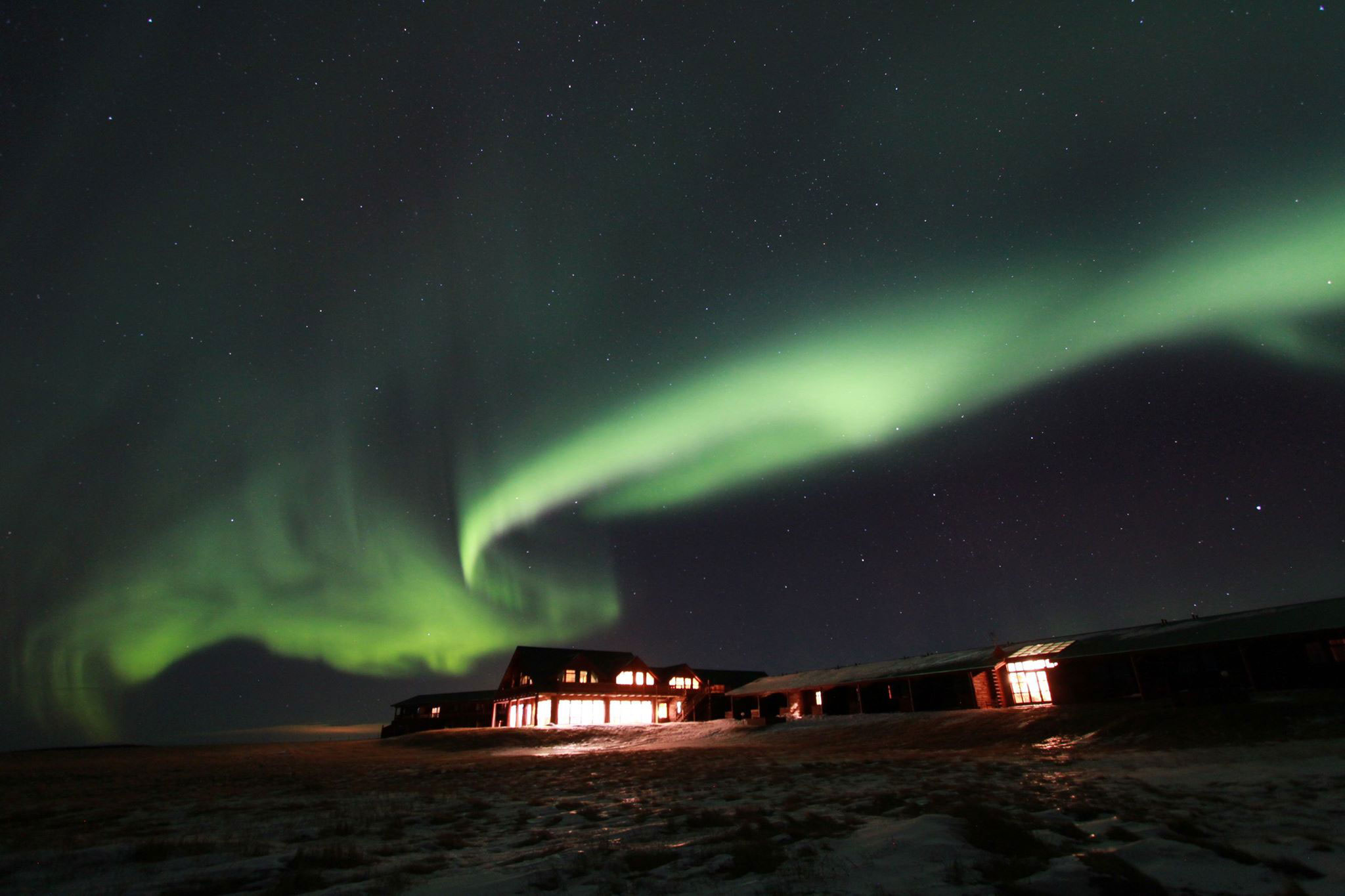 Hotel Ranga is taking advantage of this without impinging upon it. As with much of Iceland, the hotel has been cleverly designed to capitalise on all that this country can offer whilst retaining the progressive feel it exudes. By progressive, I am referring to the environmental awareness.

Geothermal power plants are used to produce over a quarter of Iceland’s heating and electricity. It’s a fact that my guide, the co-founder of South Iceland Adventure, Addi, proudly pointed out. 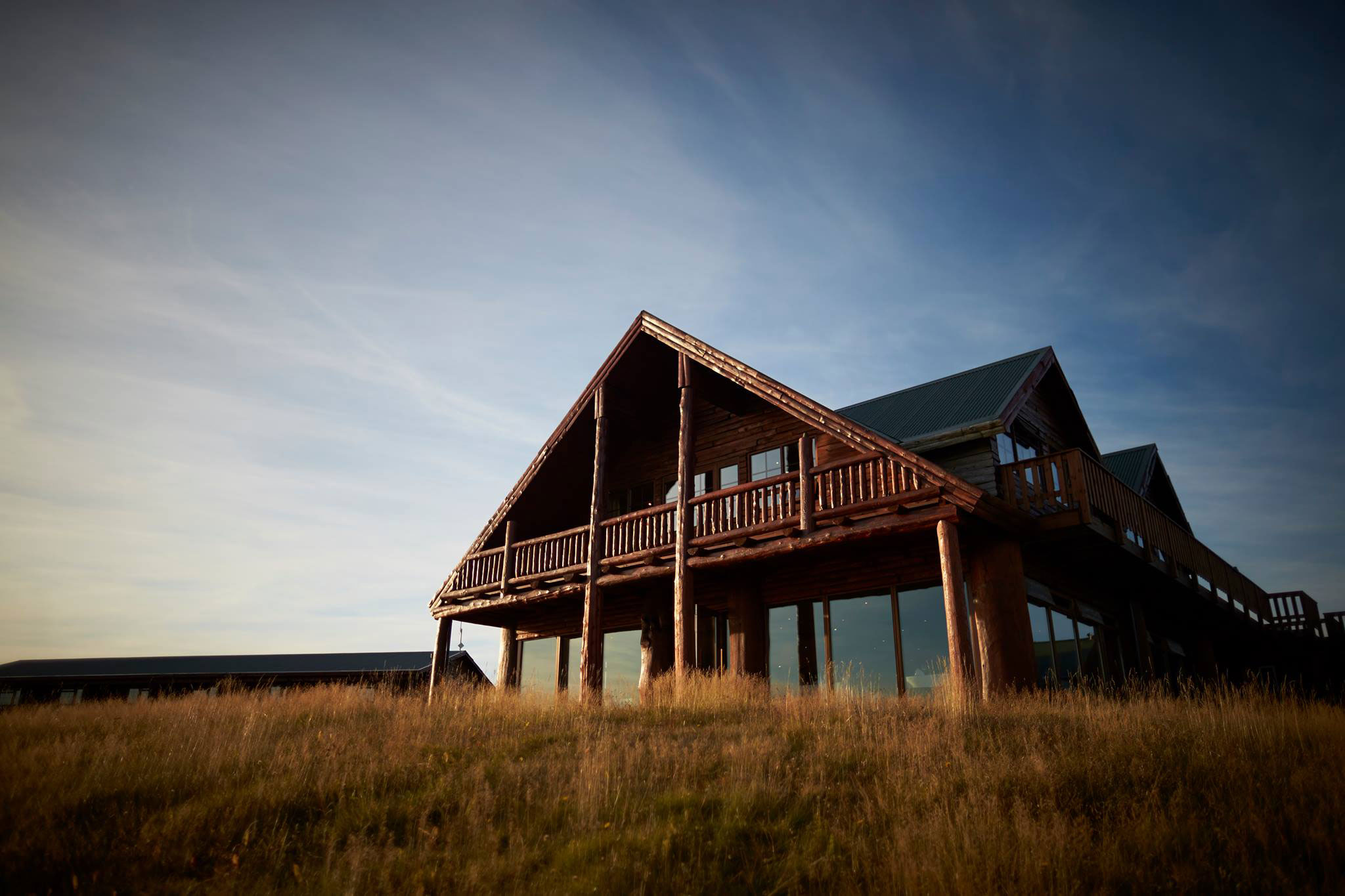 The awareness of this natural beauty and the determination to preserve it is something that permeates through Hotel Ranga’s core. From the locally sourced menu of their exquisite restaurant to the way the hotel has cultivated a reputation as one of the best places in the world to see the Northern Lights, Ranga is beautifully evocative of Iceland itself. Located just over an hour’s drive from Reykjavik, little about Hotel Ranga suggests opulence. With a cabin-like appearance, it is more of an understated gem, a fact mirrored by an interior, that, whilst cosy, it affords a minimalist design. 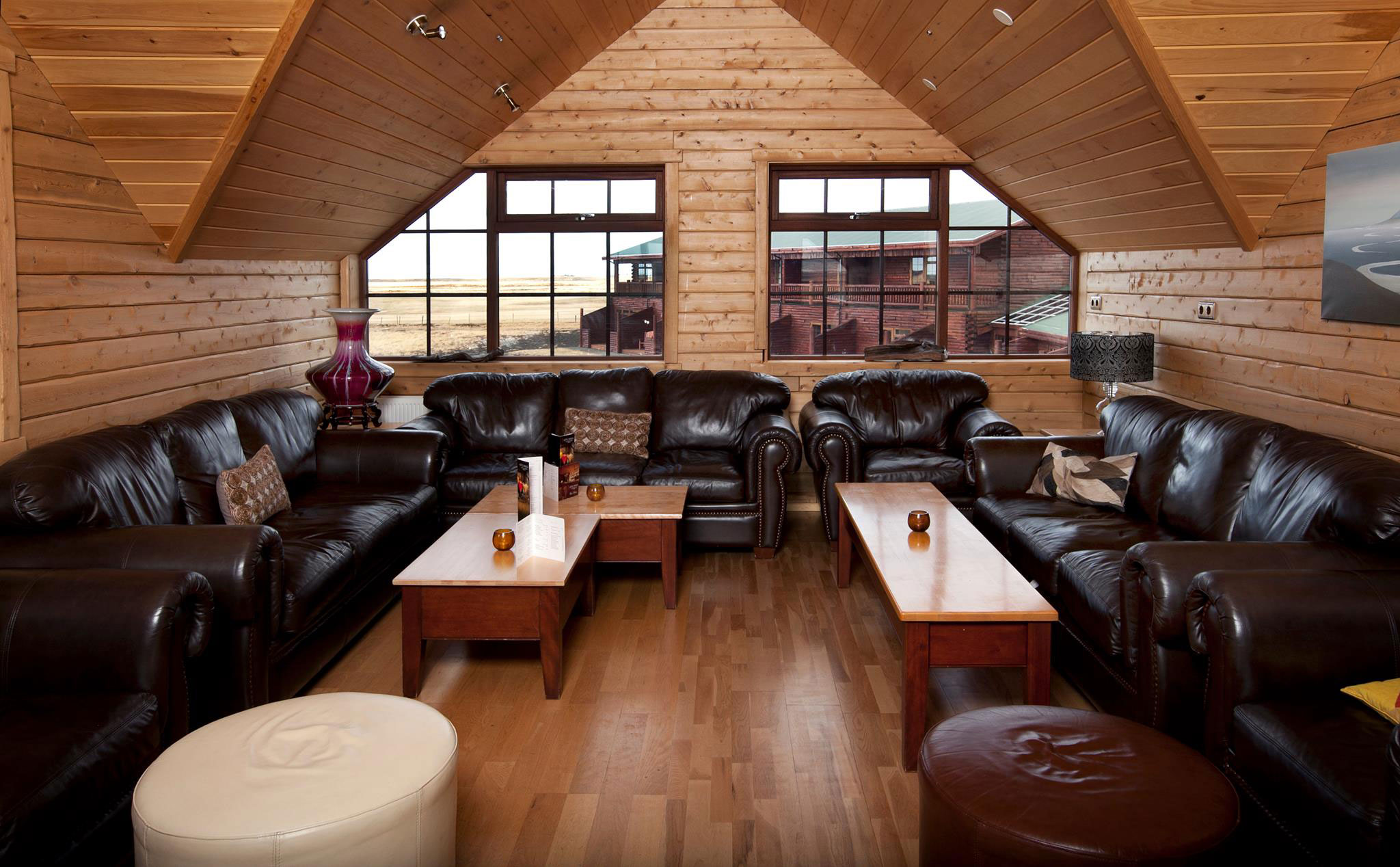 This doesn’t diminish from the incredibly comfortable and spacious rooms. Ranga is cleverly designed, but its luxury lies not in its furnishings; unless you decide to book a suite. Instead, the hotel has invested shrewdly in other areas and it’s obvious why it is considered one of the finest places to view the Northern Lights.

Hotel Ranga actually owns much of the land surrounding it. This ensures they are able to keep light pollution to a minimum, something which would impede your view of a star-filled night sky and the Aurora Borealis. The conditions need to be good to enjoy such natural wonders. A fact that was explained to me by Ranga’s resident astronomer, Sævar, who also teaches the subject at Reykjavik’s University.

On a clear night, Sævar comes to Ranga to take guests through a stargazing tutorial which includes viewing the night sky through three state-of-the-art telescopes. All this takes place within the hotel’s dedicated roll­off roof observatory, the most advanced of its kind in Iceland.

The genius of this service cannot be understated. No expense has been spared to create as good conditions as humanly possible to witness the Northern Lights. The rest is up to nature. As guests brave freezing temperatures made bearable by hotel-provided thermal suits, Sævar brilliantly narrates the sky and the science therein; he’ll even program your camera to help capture the Northern Lights too. 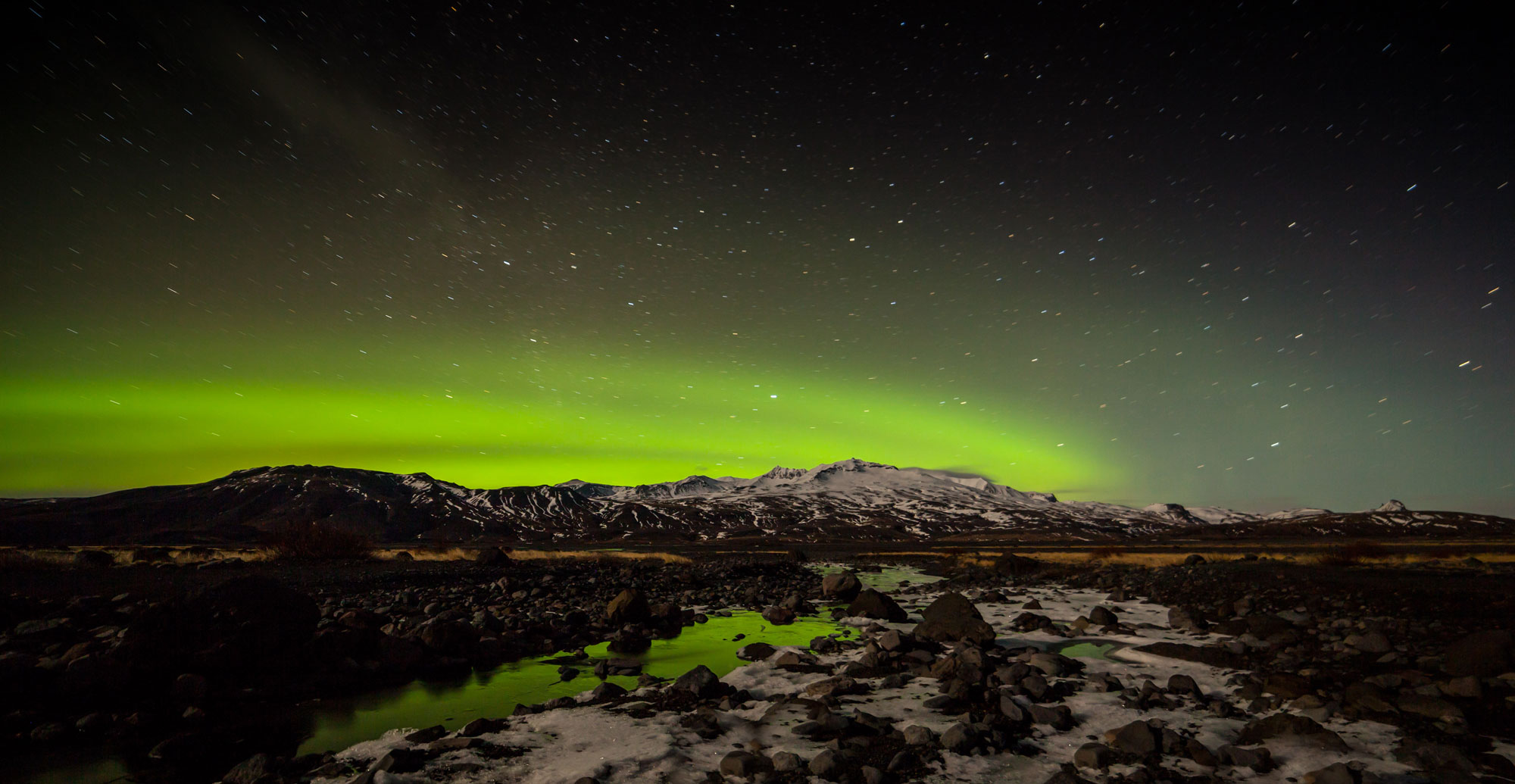 The Stargazing takes place around 10pm, with the best time to see the lights supposedly at 11pm. Despite this, guests can place themselves on a list to be awoken should the lights fire up in the early hours.

The timing of the stargazing sessions allows guests to first enjoy the delights of the hotel’s exquisite dining experience, another area in which the hotel truly excels. Inspired by modern Nordic cuisine, the craft involved in each dish is remarkable. Starters including Reindeer Carpaccio, Smoked Puffin and Salmon with Smoked Trout Roe, which proved to be culinary delights of extraordinary depth.

The restaurant has endeavoured to source only the finest local ingredients for the menu, and the East Ranga river, from which the hotel derives its name, is a stone’s throw from the restaurant and full of salmon too. The main courses did not deviate from the high standards of the starters. With dishes such as the lamb and pan­fried Atlantic cod, the chefs have managed to instil traditional cooking with a real modern flair – the Nutella parsnips, for example, complement the Arctic Char incredibly well.

Such luxury is a welcome retreat after a day of adventure. There are few who would refuse such brilliant food, and within the confines of Hotel Ranga, the service and the comfort is unquestionable. But if you visit Iceland, you cannot stay confined to a hotel, even one as excellent as Hotel Ranga.

Remember Iceland is a natural wonder. Hotel Ranga cannot control the sky; you’re not guaranteed to see the Northern Lights. You are also at nature’s mercy in regard to your itinerary. I was fortunate to have my days guided by tour operator, South Iceland Adventure, whose expertise and Super Jeeps allow them to operate in Iceland’s more adverse conditions. We may be human, but these monstrous vehicles are aptly named after the Norse gods. Traveling in Thor on the first day, we climbed up to Eyjafjallajokull’s 1,600-metre high summit to enjoy one of the most breathtaking vistas imaginable. 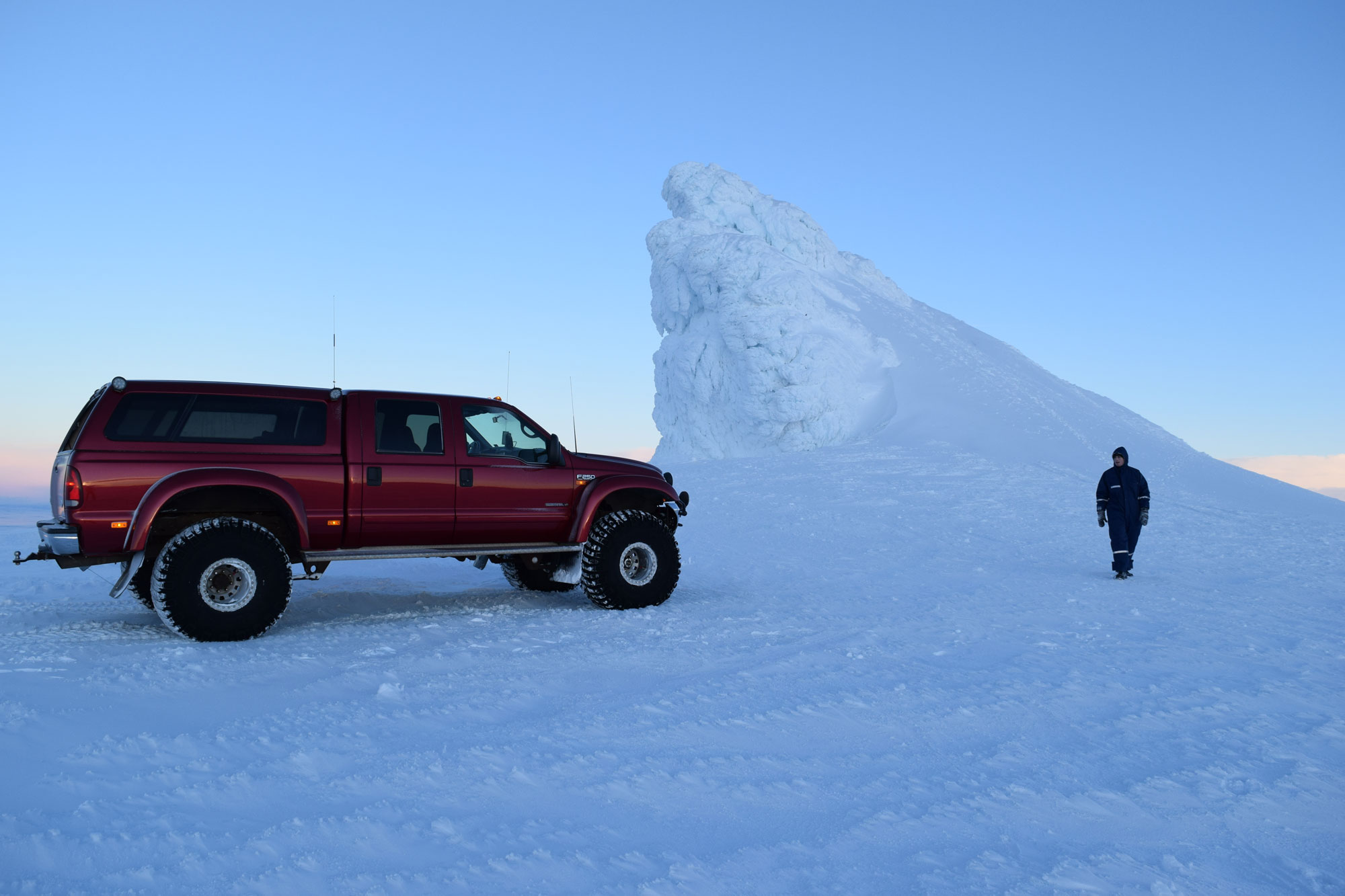 Eyjafjallajokull’s ice cap covers the notorious volcano which brought Europe to a standstill in 2010. It’s hard to imagine somewhere so serene and beautiful being the scene of such destruction, but Iceland is an untameable wilderness.

For this reason, Siggy, the other co-founder of South Iceland adventure, suggests tourists need to “float with the goat”, or simply go with the flow whilst in Iceland. Because there will be days in Winter where some things are not possible due to the conditions. Once again, the irony of this position was not lost on me. Siggy and I ventured from the national park to caving within Gjabakkahellir­ the world’s oldest parliament and meeting place of the Vikings without encountering another soul.

On the last day of my Icelandic adventure, storms were predicted and the wind and snow was strong. This left many tourists unable to go out and see the sights, a fate I was fortunate to escape thanks to Siggy’s expertise and his own super jeep, Odin. 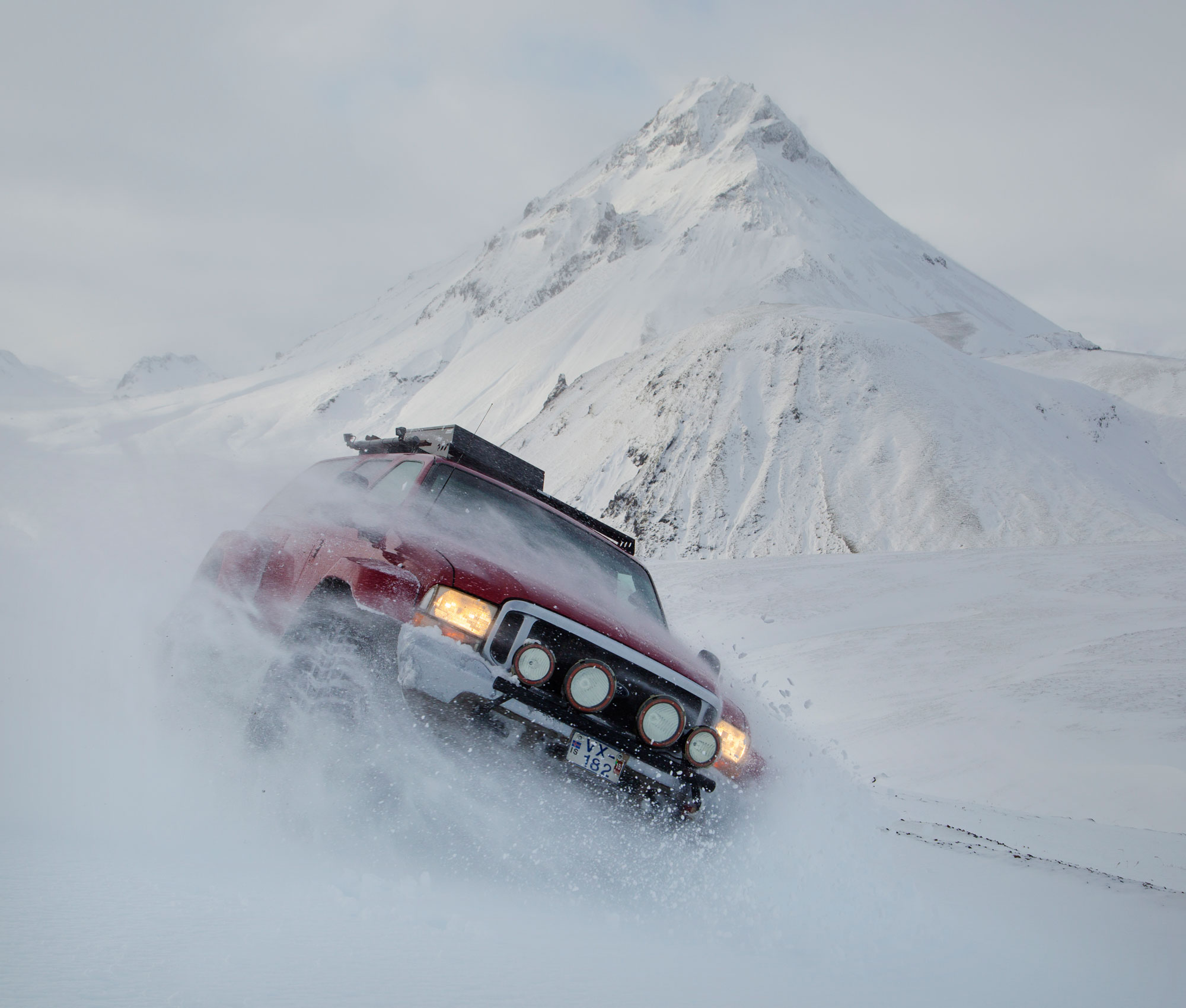 Even driving between such areas is immensely enjoyable. The sky is not the only ethereal thing about Iceland – the landscape is breathtaking. It’s unsurprising that Eyjafjallajokull was chosen as a set location for both ‘Game of Thrones’ and the new ‘Star Wars’ film. It seems akin to something from another world.

This is a feeling that much of Iceland’s sites elicit, one being the Fridheimer greenhouse which uses geothermal energy to produce 376 tonnes of tomatoes annually in spite of the weather – they also make a mean Bloody Mary. It’s a sensation you will get at the waterfalls such as the powerful Gullfoss, or whilst relaxing in the warm geyser heated water at the Secret Lagoon whilst snow settles on your head.

Ice walking, snowmobiling, super jeep tours, hiking, climbing, diving, snorkelling, horseback riding, mountaineering and even skiing are just a few more of the many other opportunities to be had within Iceland’s eclectic winter repertoire. It is an unparalleled wonderland. I was given three options before the trip: luxury, adventure and stargazing. Iceland’s natural beauty combined with the expertise of South Iceland Adventure and the knowledge and warmth of Hotel Ranga ensured I was able to enjoy all three. Such activities and the idea that there’s so much more to see already entices me back. 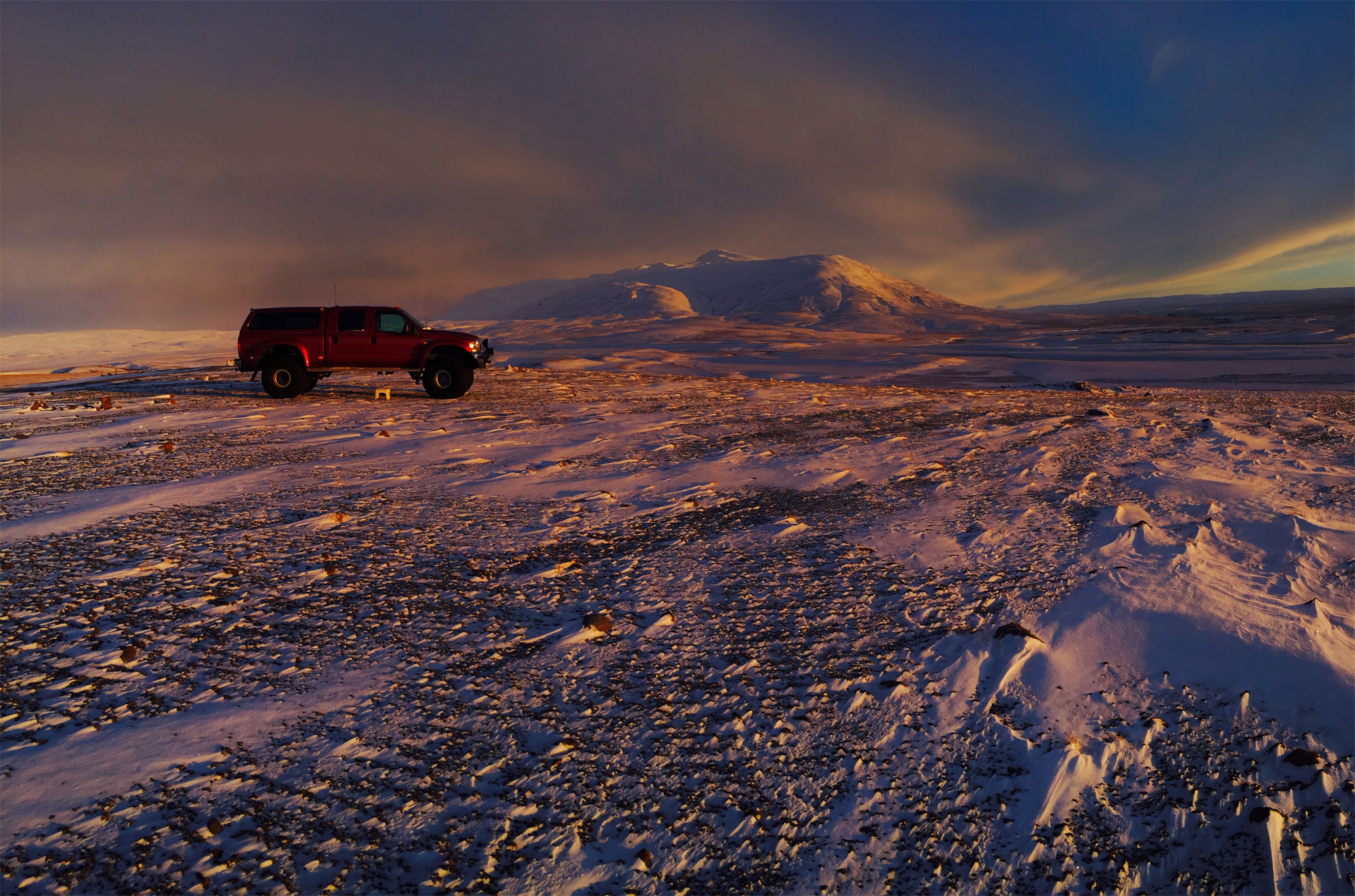 To make a reservation, or for more information regarding Hotel Ranga visit www.hotelranga.is.

Icelandair currently provides a seven-night stopover without extra fees when travelling across the Atlantic. For more information, visit www.icelandair.co.uk/flights/stopover.

Icelandair’s geographic position on the shortest flight path between UK and North America and Canada means that it offers the quickest route from UK to many of the 16 gateways they fly to. Return economy class flights to Reykjavik from Heathrow start from £151 including taxes. For more information, or to make a booking, visit www.icelandair.co.uk, or call 020 7874 1000.

With thanks to South Iceland Adventure for the photography.