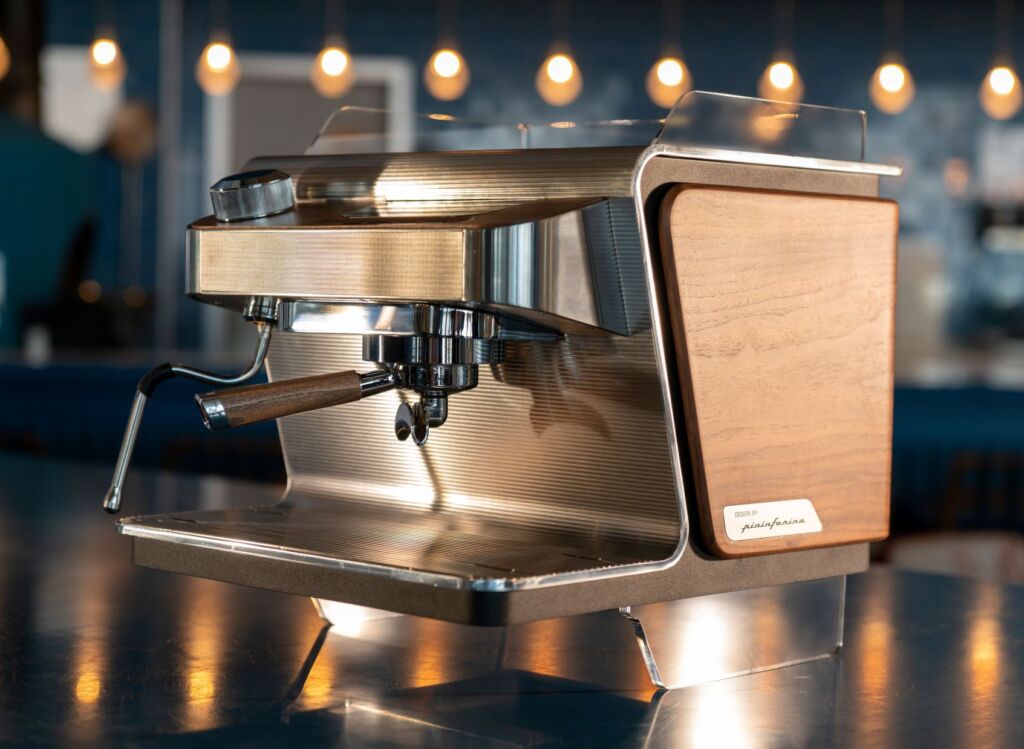 You’re always going to get something special when you bring together a world-renowned design house and a leader in its field. Two market leaders, Pininfarina and Helvacıoğlu Kahve have combined their talents, and the end result is the rather smart-looking Levee coffee machines that will cause professional baristas’ mouths to salivate.

The Helvacıoğlu Kahve Levee professional two group coffee machine (the larger version seen below) was a recent recipient of a Good Design Award. The machine contains some pretty advanced technologies that were developed by the premium espresso Turkish coffee producers. In addition to being jam-packed with the latest tech, it’s also been treated to some beautiful (akin to steampunk) looks and exceptional functionality thanks to Pininfarina. 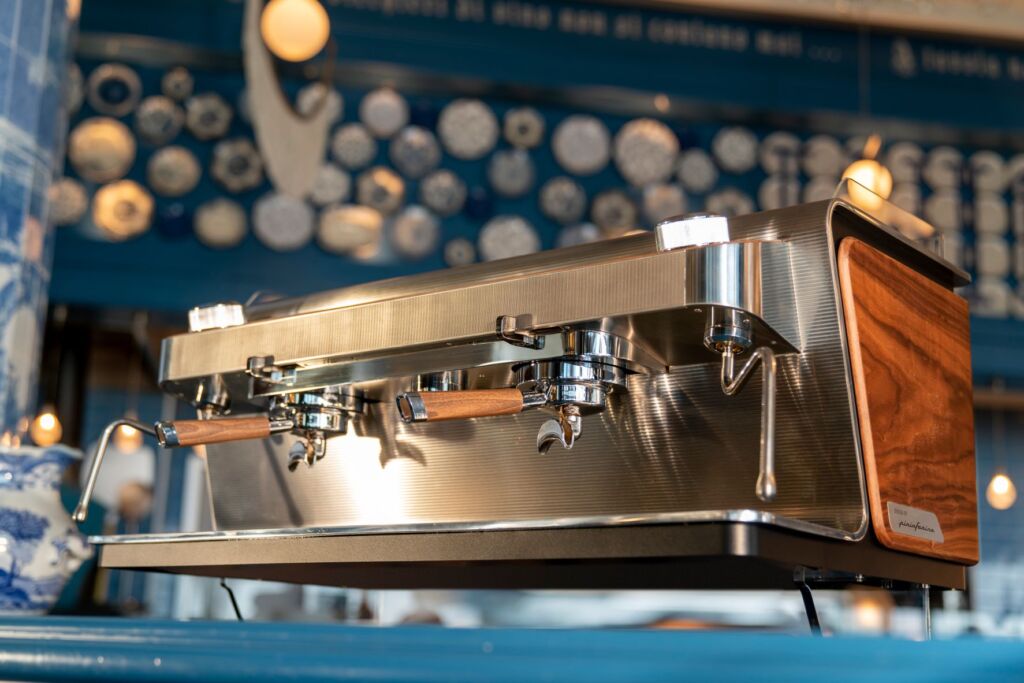 The Good Design Award was the catalyst for the new collaboration between Pininfarina and Helvacıoğlu Kahve, and the result of this is a new single group coffee machine (below) that is more compact, making it perfect for limited spaces. The new (smaller) coffee machine helps to complete Levee’s offerings and, at the same time, strengthens the brand identity and position in what is a very competitive market.

User experience at the heart
The new Levee coffee machines put the needs of baristas at the centre of the whole experience, making it simple to prepare fine coffee even when under pressure. This was possible thanks to Pininfarina’s extensive field research, which initially focused on studying qualified professional baristas’ daily behaviours and habits going about their everyday work.

In addition to this, they actively explored and tested Baristas’ needs and wants in detail by co-creating, testing, and refining different prototypes. 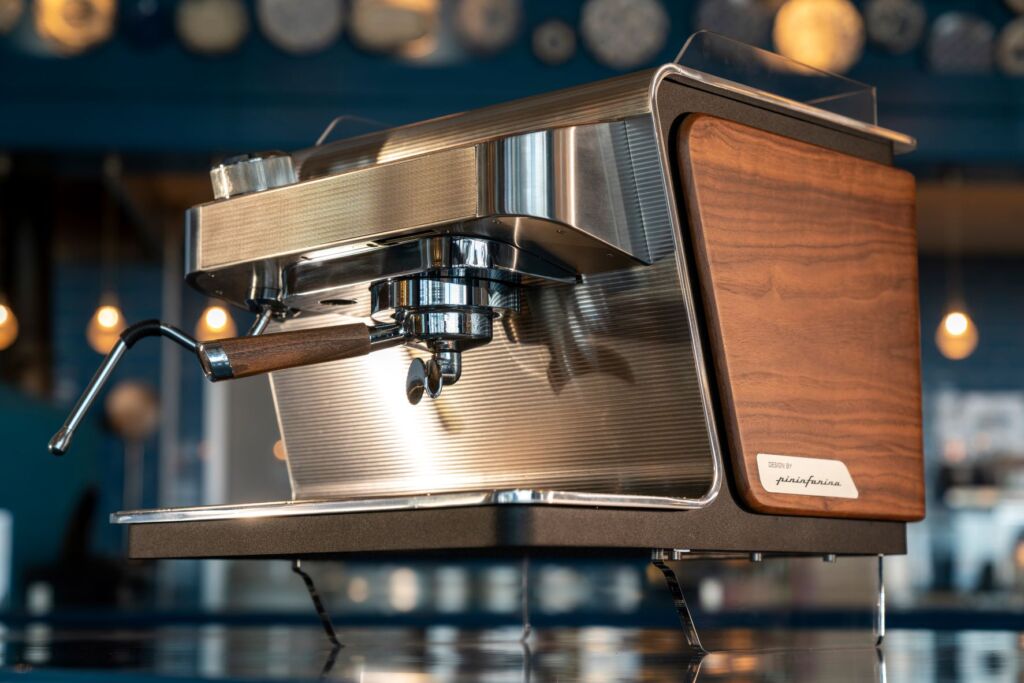 This extended testing helped to produce the award-winning Levee two group coffee machine and its more compact sibling (above). Both of the machines have been designed to offer the perfect balance with their physical controls, i.e. the knob, the lever and digital buttons.

Much More than Beautiful Looks
The beautiful Pininfarina design immediately makes these two coffee machines stand out from the crowd by cleverly combining materials, such as metal and wood. The materials used on the Levee coffee machines offer a harmonic aspect while returning a pleasant tactile contrast. 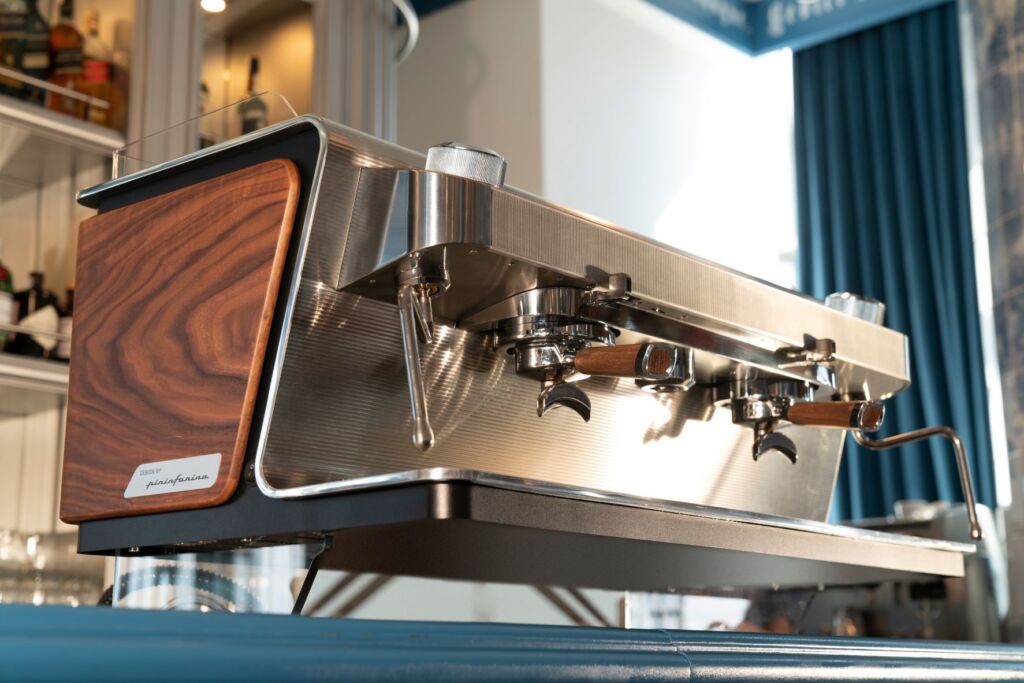 The use of wood is not purely for aesthetic reasons; it also has another benefit: hiding the capacitive buttons underneath. It also has glass feet that have been inspired by Pininfarina’s furniture design. It creates a floating effect, providing an overall sense of lightness.

What is Levee?
Levee is Helvacıoğlu Kahve’s new sub-brand and was created to set a new standard for coffee machines in the industry. If the world of coffee was simply based on looks, they would seem to have achieved this, but as we’re not professional baristas here, and wouldn’t even know how to turn one on, only time will tell.

The role of Pininfarina in the collaboration was to turn the Turkish coffee producer’s vision into a design language that displayed premium quality at first sight along with an emotional bond with its users and judging from the photos, they’ve nailed it!