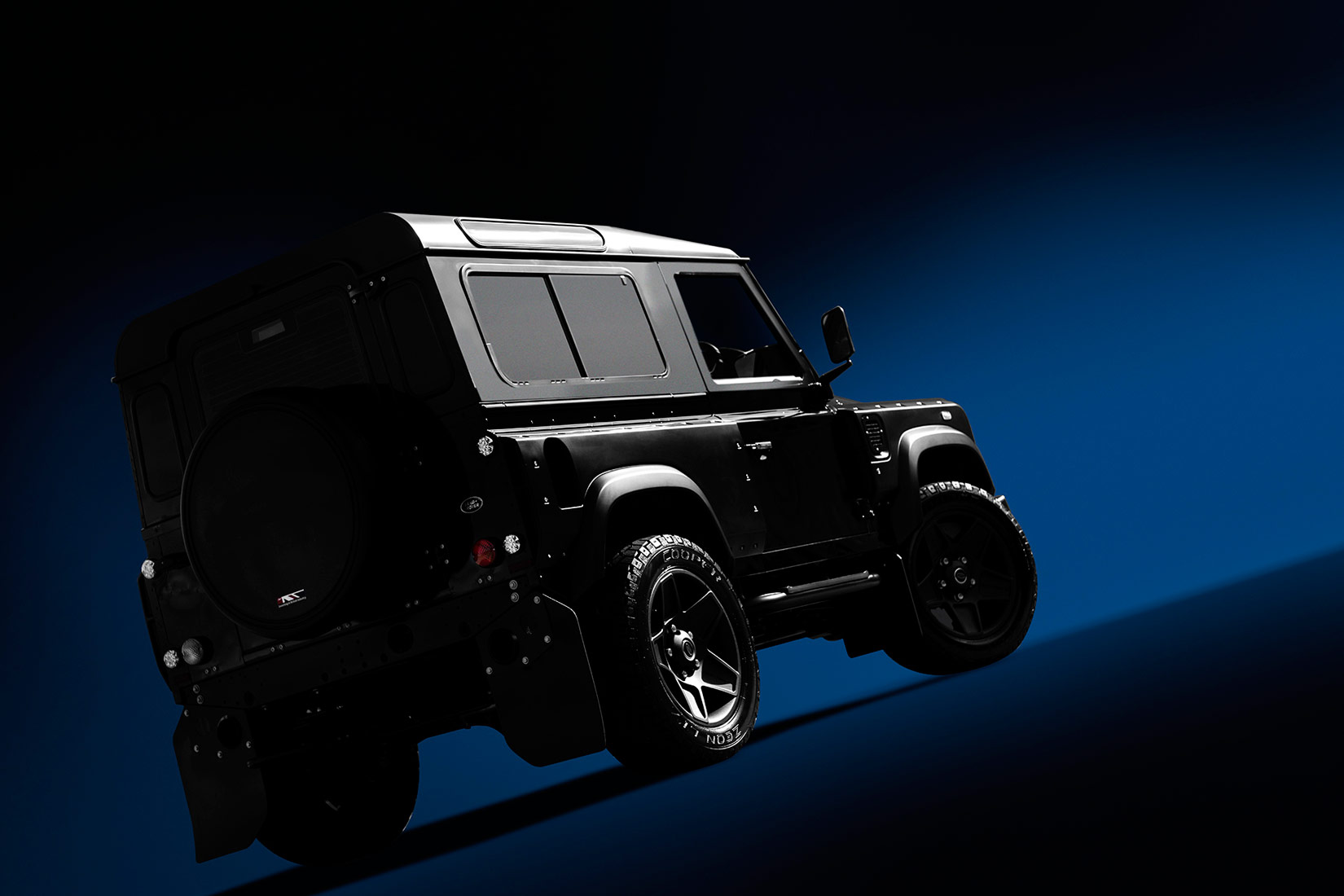 Land Rover’s Defender – the darling of farmers, the military, and military fantasists for 67 years – finally ran out of road in January when production officially ended.

But visitors to this year’s London Motor Show will find themselves face-to-headlight with the Defender’s last gasp – and one that will make many gasp with delight or admiration.

For the one-off Defender designed by Afzal Kahn is about as far removed from its 1948-built ancestor as the London Philharmonic is from a one-man band using a tunnel as an amplifier.

Perhaps imagining how the Defender might have looked if production had continued and it had evolved into an ultra-modern version of itself, Afzal’s creation (modestly named The Ultimate Defender!) abandons the traditional two-box body shape in favour of a butched-up, muscular look with wide wings, body-coloured arches and exposed bolt apertures. 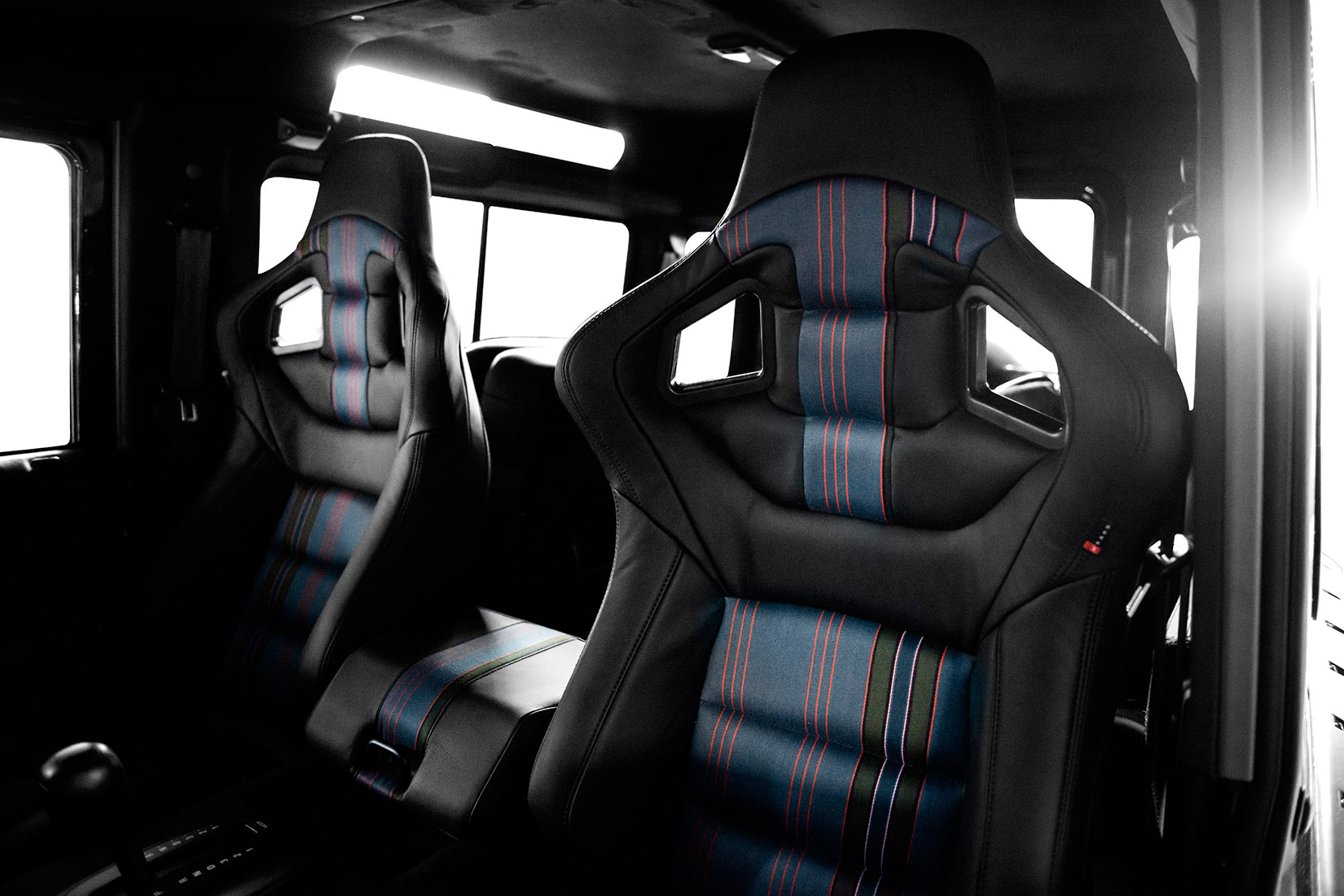 It’s unlikely to be mistaken for the sort of Defender (originally known as a Land Rover 90) that farmers still drive at 15 miles an hour down country lanes, covered in mud and worse, while a convoy of frustrated city types ‘hoot’ their disapproval to no avail.

Oh, no! This Defender is aimed at petrol-heads who know and care about the numbers round the rim of their tyres (275/55/20, if you’re interested) as well as the colour of the brake calipers (orange), the size of the wheels (9-inch by 20-inch Mondials in Volcanic Black) and whether the exhaust system is twin cross-hair or not (it is). 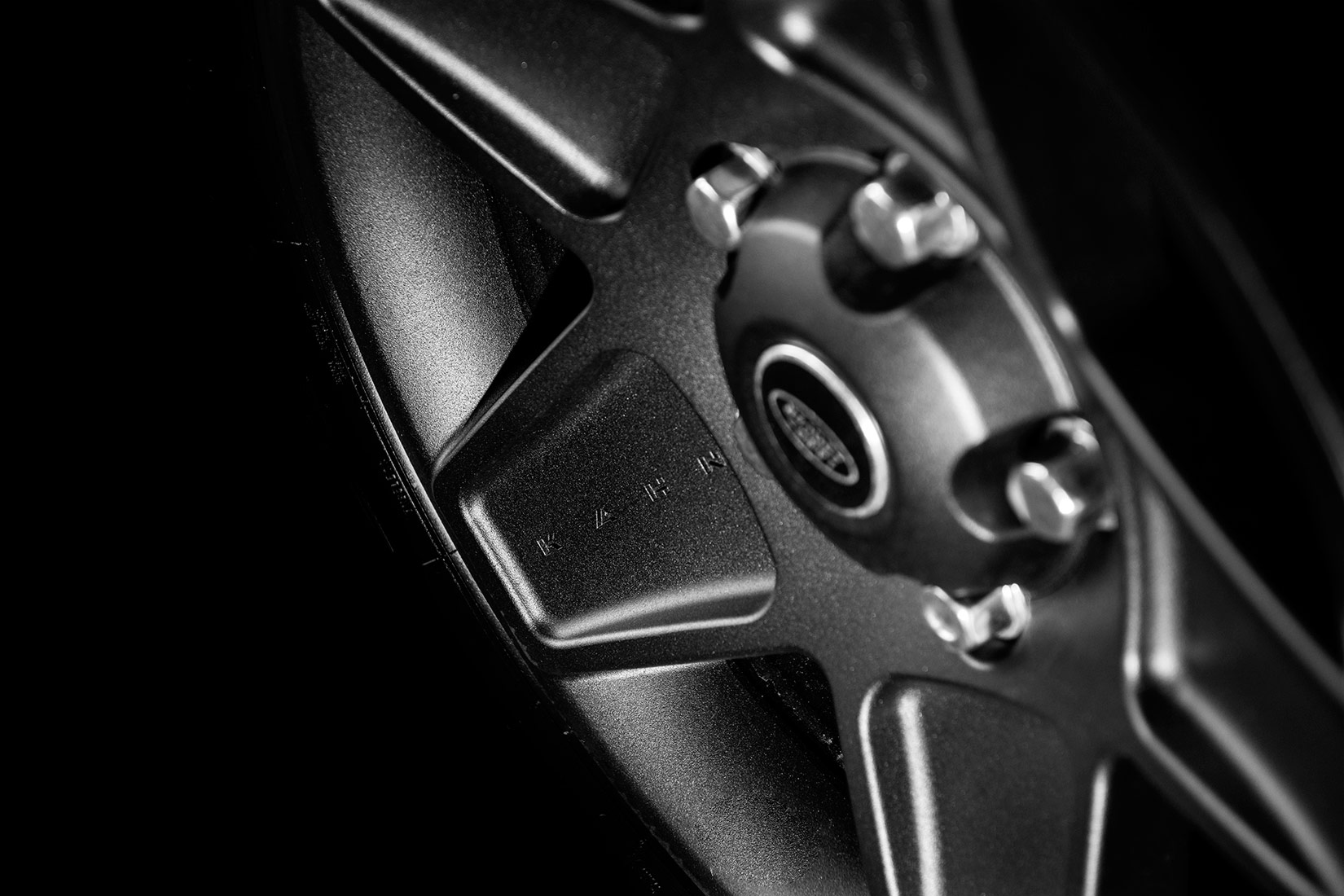 A new front bumper has integrated lighting and a sump guard, while the X-Lander front grille, mesh hood vents and Kahn vinyl stripes confirm, should there ever have been a shred of doubt, that this is no ordinary Defender.

Afzal, owner of a King’s Road boutique in London’s ever-fashionable Chelsea, doesn’t stop at a mere exterior makeover but goes to town on the inside, too, with a mixture of luxurious and contemporary fittings including a central glovebox, passenger dashboard, Churchill clock, sat nav, reversing camera, leather steering wheel and, naturally, vented machined aluminium foot pedals.

Fans who are rather fonder of 2016 than 1948 will love the fact that the traditional seats have been hoiked out and replaced with modernist GTBs in Hield fabric, while city types who wouldn’t dream of letting this go-anywhere vehicle go anywhere near a muddy field will appreciate the humour of the Chelsea Truck Company spare wheel cover. 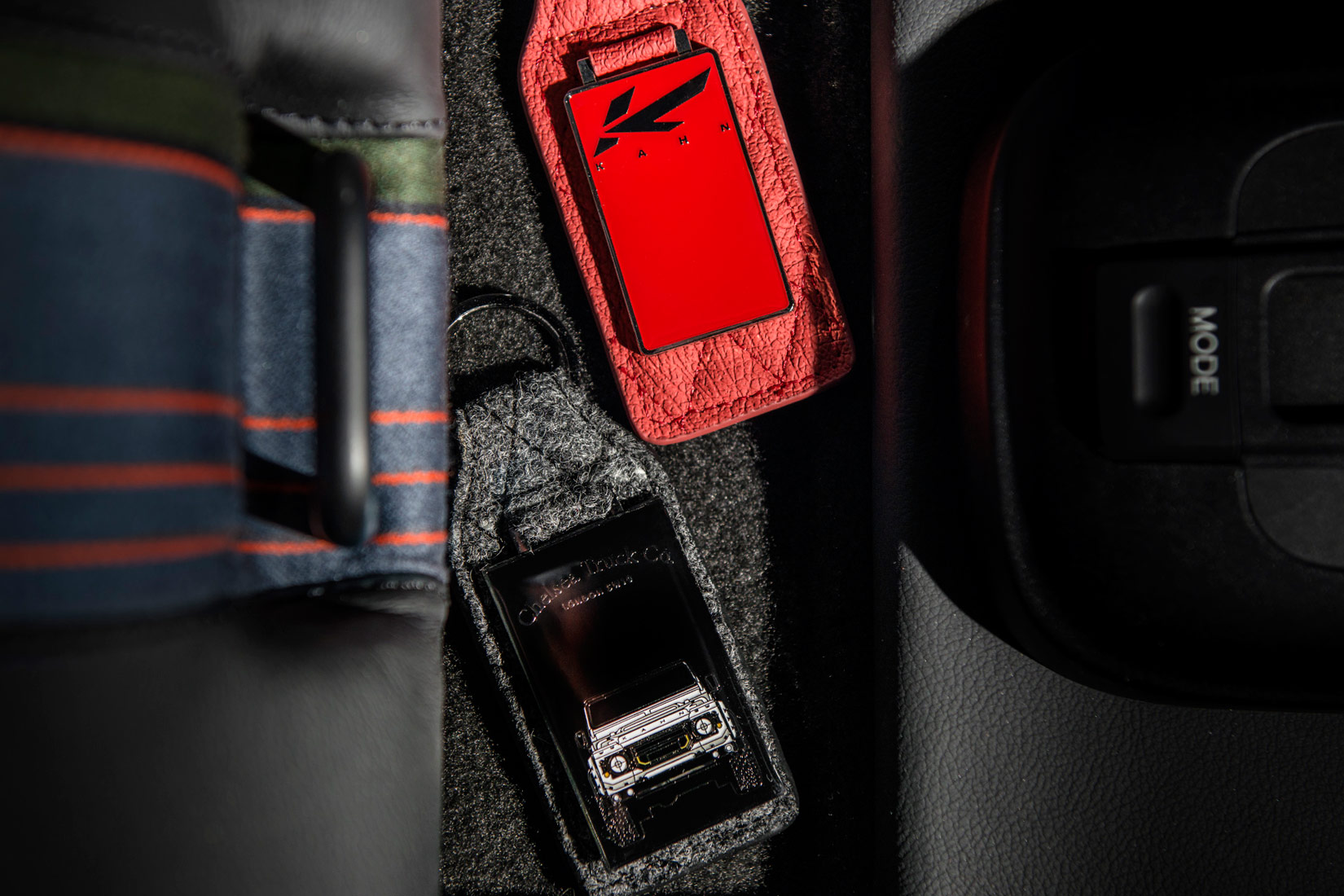 “I’ve designed a vehicle that celebrates the history and unique personality of the Defender,” says Afzal. “This is a fitting tribute to one of the world’s best-loved vehicles and I would welcome feedback from Defender owners and enthusiasts alike.”

Available, as Henry Ford might have said, in any colour so long as it’s Santorini Black, The Ultimate Defender is the first and only one of its kind and costs a far-from-stratospheric £65,000.

Stephen Maitland-Oxley, Events Director at The London Motor Show, says: “It’s an honour to be able to play host to this magnificent one-off vehicle.

“The Defender is such an iconic car and now holds an even larger legacy following its production ending in January this year, so to be able to get one more glimpse of this model is fantastic.”

Where to see the Kahn Defender