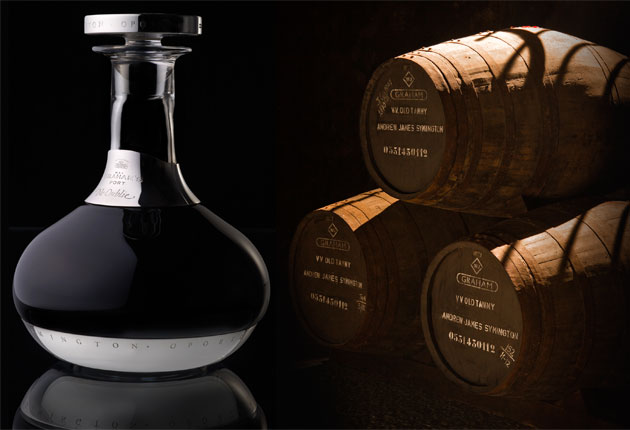 For August’s Luxurious Beverage of the Month, we turn our focus to Graham’s Ne Oublie port.

Andrew James Symington, the great grandfather of the current generation of the Symington family, arrived in Portugal in 1882 to work for W. & J. Graham’s. Nine years later, he married the Anglo-Portuguese Beatriz Leitão de Carvalhosa Atkinson whose ancestors had been making Port since the mid-17th Century. In the 1920s, A.J. purchased four casks of port from a Douro family to mark the beginning of his life in the Port industry.

The wine which was then left by A.J. to his descendants was named ‘Ne Oublie’, which translates from French as ‘Do Not Forget’. This moniker is inspired by the original Graham’s family motto and for the company where Andrew Symington started his life’s work. The name also reflects the respect with which the family regard their great-grandparents’ joint decision to commit themselves and their descendants to Portugal, to the Douro and to Port. 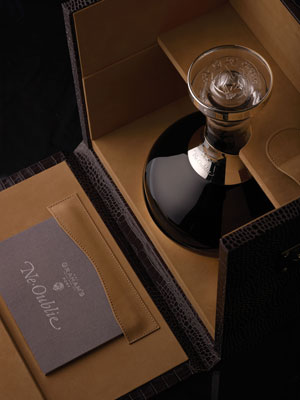 Maturing in the family cellars for decades, one cask has since been used to top up the other three as some wine is lost each year due to evaporation, also known as ‘The Angel’s Share’. Two have been left to the next generation of the Symington family (it is up to them how they should be used, but not before 2025), whilst the fourth has been drawn off and bottled into 656 stunning hand-made individually numbered crystal decanters designed by Atlantis, Portugal’s leading glass manufacturer.

Three sterling silver bands, moulded and engraved by Scottish Silversmiths Hayward & Stott, and carrying the mark of the Edinburgh Assay Office, adorn the glass. The decanter is presented in a bespoke presentation box handcrafted with the finest leathers by quintessentially British brand Smythson of Bond Street, one of the world’s oldest luxury leather goods companies. Hence, Ne Oublie represents the work of the very finest artisans of the three nations from which the Symington family is descended: Scotland, England and Portugal.

Unveiled recently during a prestigious ceremony at Christie’s in London, the 656 bottles of Ne Oublie are now available for £4,510.00 (€5,500.00) each through selected fine wine merchants across the globe, at the Graham’s Port Lodge and via an application list at www.neoublie.grahams-port.com.

Click below to see more of Graham’s Ne Oublie Port