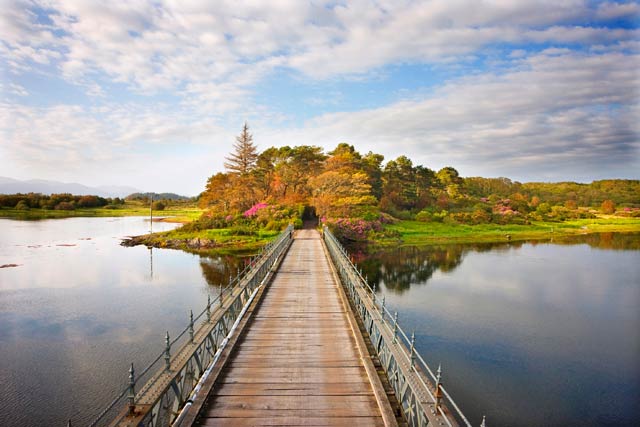 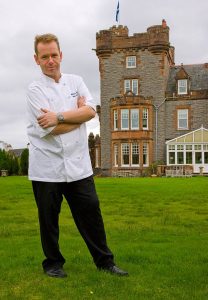 The multi-award winning Isle of Eriska hotel is located off the western coast of Oban, and is well-known for its industry leading cuisine created by head chef Simon McKenzie. Simon McKenzie is known for his brilliance in creating inspiring menus and the finest cuisine using local and seasonal produce. With a career that has seen him working at other highly regarded establishments such as The Vineyard with John Campbell and Peter Eaton. And also time spent working in the kitchen with Marco and Gordon [Ramsey]; it is hardly surprising that Simon’s reputation of excellence precedes him.

In his first year at The Isle of Eriska, head chef Simon McKenzie has already received this prestigious award maintain the restaurants high status with the three rosettes awarded.

Simon McKenzie says: “My team and I are delighted to have received this prestigious award from the AA in my first year at Isle of Eriska, continuing the hotels lengthy success with the AA guide.

“Working at Eriska has opened my eyes to the fabulous local produce and the dedication and commitment of our suppliers who literally go that extra mile to ensure the very best of ingredients arrive through the door here, without which awards like this would not be possible.”

The AA Rosette scheme recognises excellence within the restaurant industry, to receive this recognition is a huge achievement. It is estimated by the AA that across the UK, only 10% of restaurants are of a standard which is worthy of 1 rosette and above. To achieve a spectacular three rosettes, a chef needs to demonstrate the application of advanced techniques whilst retaining maximum flavour and assuming an appropriate quality of source ingredients.

Owner of The Isle of Eriska, Beppo Buchanan said: “It is wonderful to have the Restaurant at Eriska recognised in the top 10% of the UK and Simon and his team’s tireless pursuit to find the best local produce and suppliers has now been rewarded.” 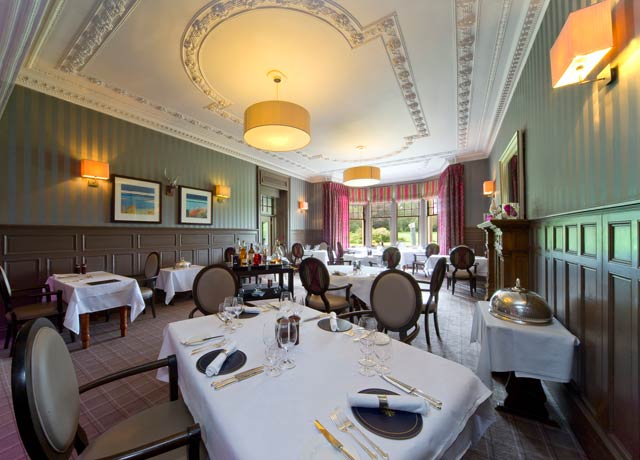