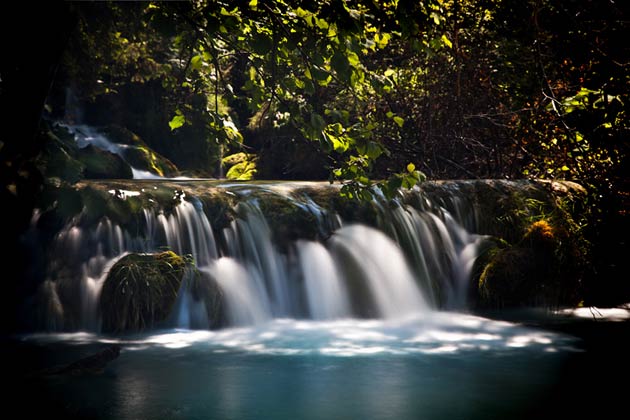 What’s stronger? Water or Rocks? – An eternal struggle of Nature 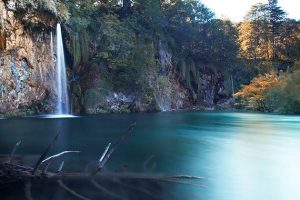 Mile upon mile of driving is required to reach this wonderful corner of nature, a comparatively small effort in the grand scheme of things. Keep thinking, “it’s only a little driving in exchange for the chance to witness the stunning landscape and beautiful views.”

As the miles pass by, your eyes are drawn to the limestone deposits and signs of millenarian erosion bordering this stunning route.

An interesting drive, along the hundreds of miles where you’ll still happen across wild animals on the roadside, where houses, pubs and workshops complement the countryside and the blue colour of the sea leaves enough space for the intense green of the mountainous landscape.

Once at the main entrance, you should ready yourself for a long walk, with slight gradients, passages on wooden decks, steps inside caves and a wonderful foray via lake boat. That’s why basic equipment such as trekking boots, a backpack and bottle of water are suggested to make your visit to the Plitvice Waterfalls comfortable, bearing in mind that an average tour takes a minimum of 4 hours. 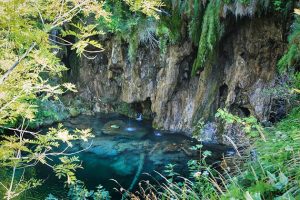 Plitvice Waterfalls Natural Park is the largest and in my opinion, the most beautiful natural park within the Eastern side of Europe and is located in the mountainous Karst area of central Croatia called “Licka Plješivica”. Founded in the Year 1949 and added to the UNESCO World Heritage List in the Year 1979, Plitvice Waterfalls Natural Park can easily be considered one of the most important natural limestone areas not only in Croatia, but probably worldwide. The park covers an area of approximately 296,000 square miles with an altitude variations that goes from 367 meters to 1279 meters above the sea level.

Plitvice plateau lies at about 700 meters between the Licka Pljesevica (1640m) and Mala Kapela (1280m) mountains and is intersected by the headwaters of the Black and White Rivers (Korana River). The Plitvice Lakes basin is a geological formation, comprising of the Karst river basin of limestone and dolomite, with sixteen main lakes, behind dams created during the last 4000 years by deposits of calcium carbonate with encrustation on mosses, algae and aquatic bacteria. This resulted in the building of about 1-3 cm per year of travertine layers which have created lakes with different dimensions, linked by waterfalls, and in some cases reaching more than 25 meters. 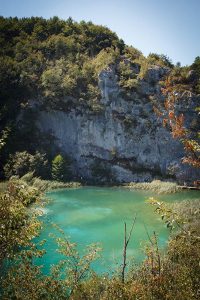 There are three generations of low-magnesium calcite comprising the waterfalls and barriers forming the travertine. The main deposits are generally composed of a cloudy medium crystalline bladed spar, while the lake-fill is primarily composed of moderately to well-developed deposits of calcite rhombohedrons.

The carbonates date this geological system from the Upper Triassic, Jurassic and Cretaceous periods and this means that the whole site started its geologic process before the dawn of the dinosaurs.

In order to maintain and preserve the natural characteristics of the lakes from pollution, the whole of the surface and most of the subterranean drainage system has been included within the borders of the park. In fact, park staff work in collaboration with a large number of national and foreign universities, and a permanent research station has been established together with extensive climatological measuring points.

The influence of a moderately warm lower level rainy forest and a higher altitude snowy forest, gives this wonderful place a pleasant climatic condition. Because of this, the best time for a visit is from May to September, when the vegetation is displayed at its best. 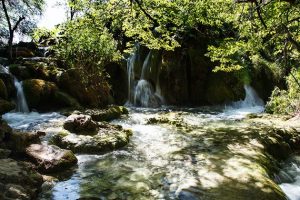 About 75% of the park is composed of forest with strands of beeches at lower altitudes and mixed strands of beeches and firs at the higher part. Furthermore, there is a small area (about 84 hectares) uncut until today that contains trees up to 700 years old, true natural heritage.

Today, there are more than 1260 different species of plants including 75 endemic plants and, in particular, 55 different species of orchids have been recorded inside the park area. These numbers provide an interesting picture of the richness of the flora that a visitor can see walking through this wonderful natural park.

The fauna deserves particular attention, with a large quantity of animal species including the European Polecat, the European Brown Bear, the Wolf, the European Otter, the Wild Cat. You’ll also discover two rare species of Bat, the Western Barbastelle and the Long Fingered Bat, and a further 19 other species of more common bats. 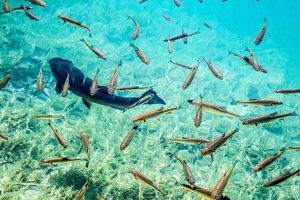 The Plitvice Waterfalls Natural Park is also a paradise for birdwatchers, the area includes 161 different species among which are the Golden Eagle, the Eurasian Eagle Owl, Capercaillie and the white-throated dipper.

In addition to all the unique species available in this area, we should also mention the more than 300 different species of Butterfly. The European Pond Turtle and a huge variety of fish, always visible along all the shores of the lakes.

From the 19th Century when the first tourists started to visit up to the 1980’s it’s estimated that more than 800,000 tourists had visited this amazing place, but, with the outbreak of war in 1991 the tourism obviously stopped. After this unpleasant fact, in the year 1996, the tourism started again with reconstruction of the structures damaged during the war (including the removal of all landmines).

Today, the existing tourist facilities located within the Park include hotels, post office, restaurants, information centres and various sport activities. The visitors can now move around the park on arranged and marked paths and gangways according to a set program, with the opportunity to request a qualified guide. Aside from the hotel accommodation, there is also extensive camping facilities, offering a chance to fully immerse yourself in the wonderful nature.

I really enjoyed the visit at the Plitvice National Park, where the immense power of water is continuously in front of you, where the colour of the lakes suddenly change from light green to deep blue. Where aquatic trees peer out from the waters surface, walking on the wooden decks about 1 meter over the water level, giving you a feeling that you are floating on water. It’s one of those places where no photograph, no photographer, no matter how talented can give you an true idea of the beauty and uniqueness of water.. 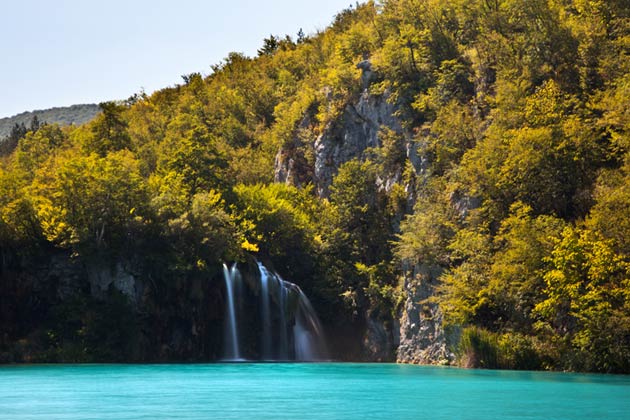