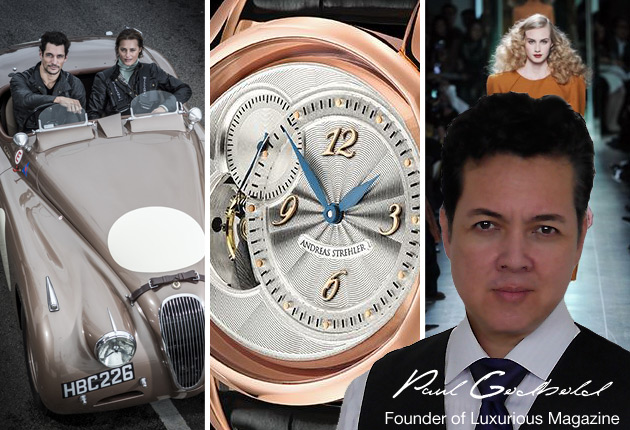 Luxurious Magazine becomes the most popular dedicated luxury brand on Google Plus passing some of the most prominent media companies in the world today.

I’m delighted to announce that on 6th April 2014 Luxurious Magazine passed the official page of the global business platform LinkedIn for number of article views on Google Plus by amassing well over 62 million views in the relatively short time we’ve been on there. This is a huge achievement given the popularity of LinkedIn around the world. Last week we had done the same and exceeded the number of page views of the official main pages of both the Huffington Post and the UK’s Guardian newspaper. This popularity not only makes Luxurious Magazine the most popular luxury brand on Google Plus, but probably Asia’s most popular brand on Google Plus and one of the strongest media brands in the world on that platform.

We at Luxurious Magazine always feel like the odd one out, we have an old-fashioned attitude, we fly ‘under the radar’ as we don’t call and chase for advertising, we don’t even advertise ourselves which to any other business would be a enormous hindrance. When we are discovered and contacted by media and advertising companies that want to know more about us, we proudly tell them that we are the most popular dedicated online luxury/lifestyle magazine in the world, but these words more often than not fall upon deaf ears.

Why? because so many other companies in our industry make similar but unsubstantiated claims. What we try to do that is different to the majority of the industry is we ask agencies to look at the independent third-party statistics, we even go as far as showing them exactly where to look, but no, they don’t have the time or cannot be bothered, happy to take a verbal figure without any hard evidence. I have lost count of the number of times that I have said to an agency “How do you know if I quote a number that it’s true? I could be making up any figure that I think you want to hear” to which they agree and say they’ll just have to trust me!

In an industry where so many media publications and brands are less than honest when it comes to readership statistics and audience sizes, the only way to know true popularity is to obtain independent figures from a trusted global source, and the only independent platform that we know that does this is Google Plus. There can be no fairer way to judge popularity than something that shows how many times your articles actually been read. Some people might point to number of likes on Facebook, but most people know that these figures can be manipulated by being bought and don’t accurately represent how many people are looking at your work. Many brands will shy away from Google Plus for fear of being shown as less popular than they make out, we for one embrace this, the more transparent things are, the better for all. Our achievements on Google Plus would to many of the worlds largest brands in existence be a triumph, we also know how amazing this is and hold it in the same esteem as the partnership we have formed with MSN.

So in summary, yes we’re delighted to be the most popular dedicated luxury brand in the world on Google Plus, and no, it’s not going to make any difference.