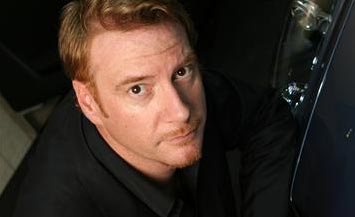 Aston Martin appointed Marek Reichman as Director of Design in May, 2005

Marek joined Aston Martin from Ford North America where he held the position of Director of Design for Product, Interior Design Strategy and Process. He joined Ford in 1999 as Chief Designer for Ford and Lincoln Mercury brands. He has since led various advanced and production design programmes.

Marek began his design career in 1991 with Rover Cars. In 1995, he moved to BMW Designworks in California, to become Senior Designer, and led the overhaul of Land Rover design DNA for future production models most significant of which became the 2003 new Range Rover.

Marek returned to the UK in 1998 to establish a London based design studio capable of producing full-size models.

Dr Ulrich Bez, Chief Executive Officer of Aston Martin, said of his appointment: “The company has undergone some significant changes during the past four years which are the basis for Aston Martin’s design direction. Marek will be part of the team which will add even more strength to Aston Martin’s future design strategy. I am sure that he will find the change of direction in his career a challenge and an opportunity to prove his versatility.”

Marek was born in Sheffield, England, in 1966. He graduated from Teeside University in Newcastle with a First Class Honours Degree in Industrial Design and studied Vehicle Design at the Royal College of Art in London. His design experience has made him a regular judge at design awards and lecturer at conferences. In 2008 Marek was invited to take up the position of visiting Professor at the RCA, allowing him the opportunity to give new students an insight into modern automotive design.

The three year’s Reichman has been Director of Design have been one of the most prolific periods of new model introductions at Aston Martin. These have included the Rapide concept a four-door, high performance coupé of remarkable grace and poise, Aston Martin’s new flagship model the DBS which will feature in the 22nd James Bond film Quantum of Solace, and the recently launched V12 Vantage RS concept. In August 2008 Aston Martin released the first image of the new stunning One-77. One-77 fuses advanced technology with stunning Aston Martin design to create possibly the world’s most desirable automotive art form. Based on a sophisticated carbon fibre chassis with a handcrafted aluminium body, this 7.0 litre V12 super car will deliver exhilarating performance for a strictly limited number of discerning customers.

In December 2007, Marek Reichman and Aston Martin opened the new Design Studio at its Gaydon Headquarters. This purpose-built modern structure houses the company’s design team, led by Marek. Providing the company with a dedicated studio space for the first time in its 94-year history, the new Design Studio is an industry-leading facility at the heart of Aston Martin’s operations. Designed, planned and constructed in less than 12 months, the elegant pre-fabricated timber structure received a RIBA Award from the Royal Institute of British Architects in May 2008.