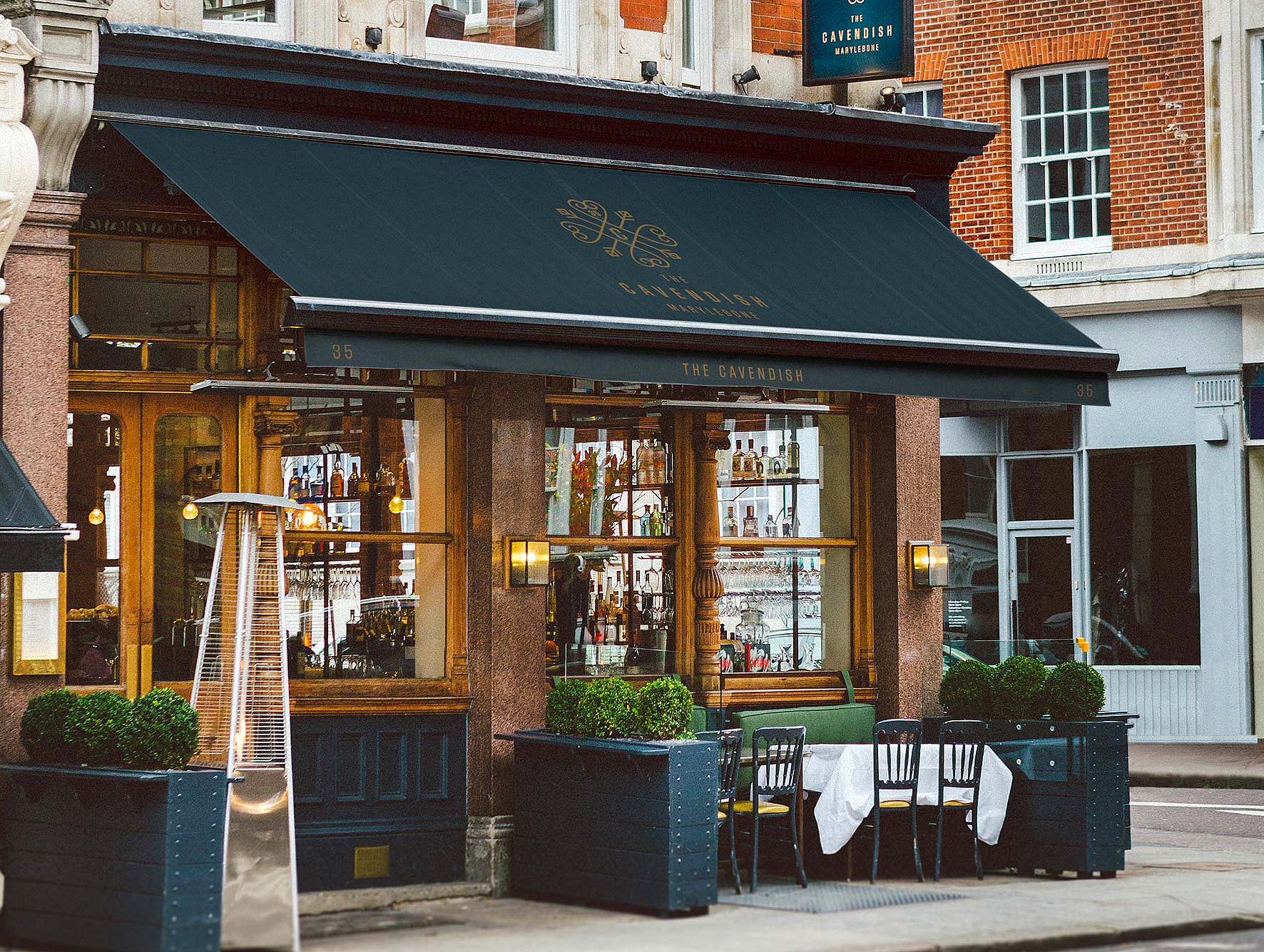 Luxurious Magazine enjoys dinner and drinks at The Cavendish, a chic Marylebone Restaurant with plenty of pedigree.

London is blessed with some of the world’s finest restaurants and chic eateries can be found in every corner of the capital. Whether you like to dine in Michelin Star luxury or discover the latest additions to its culinary scene, London’s rife with opportunity for those who like to explore. 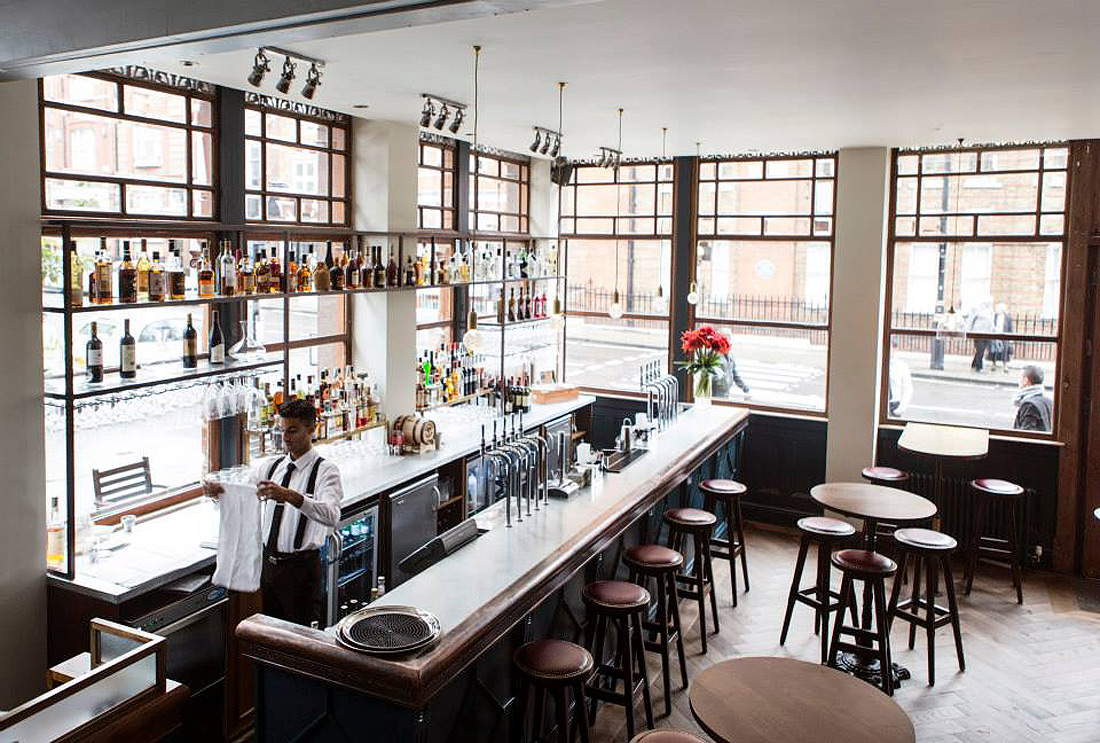 So If your London is confined to Mayfair and Chelsea then it’s time to expand your horizons; if only by a little. For just a stone’s throw from the carnage of Oxford Circus lies Marylebone. Hardly a hidden gem in itself, Marylebone has been a darling of the A-list ever since André Balazs brought his golden touch to Chiltern Street with the celebrated Chiltern Firehouse. 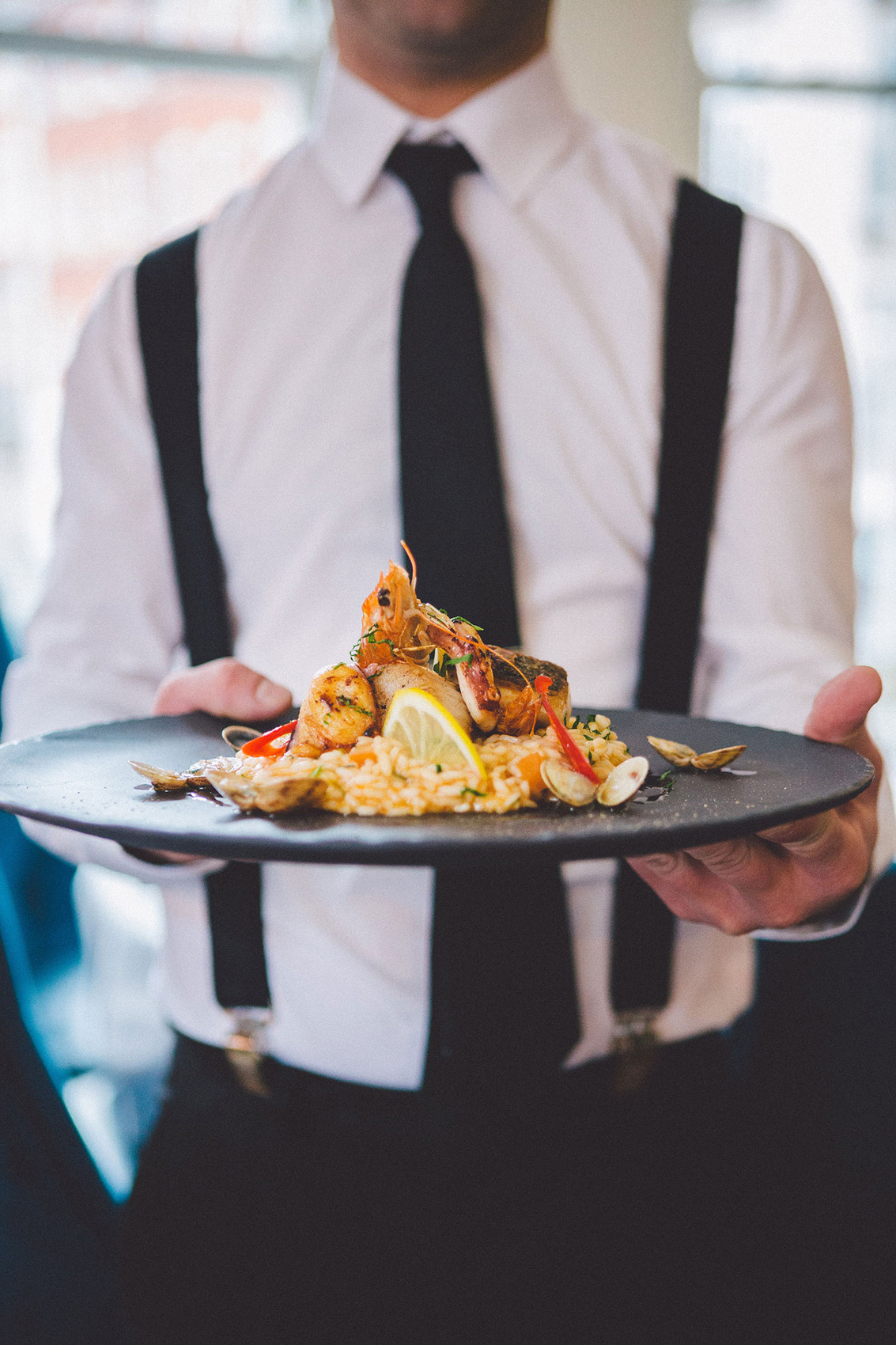 It’s also far from a one hit wonder, many will be familiar with Fischer’s, Galvin Bistrot de Luxe, Il Baretto and many more fine restaurants located there. There’s also one to add to that list, in the form of The Cavendish. A delightful hidden gem with a modern European inspired menu.

A restaurant and bar set over two floors, other than its prime location the first things that hit home as you enter are the chic decor and buzzing vibe. A full restaurant is always a good sign and The Cavendish has succeeded in conjoining the delights of a bar with the intricacies of a restaurant on the ground floor, with a cosmopolitan allure to the place as fashionable young couples prop up the bar while their peers tuck into some seriously good grub.

Low hanging lights, white walls, wooden floors and a stylish bar, give The Cavendish a contemporary cool look without being overly pretentious, which may explain the slightly younger crowd. But when the cocktails are as good as the beautiful negroni I enjoy as an aperitif, I’m not surprised to see patrons of all ages pass through the doors during my visit.

Complemented by an extensive wine list, the exceptional cocktails are something The Cavendish focuses on and it’s worth a visit to taste those alone. Fortunately, the food hasn’t been neglected in favour of the carefully curated drinks list and as the smartly dressed waiter comes to take my order I’m rather spoilt for choice. 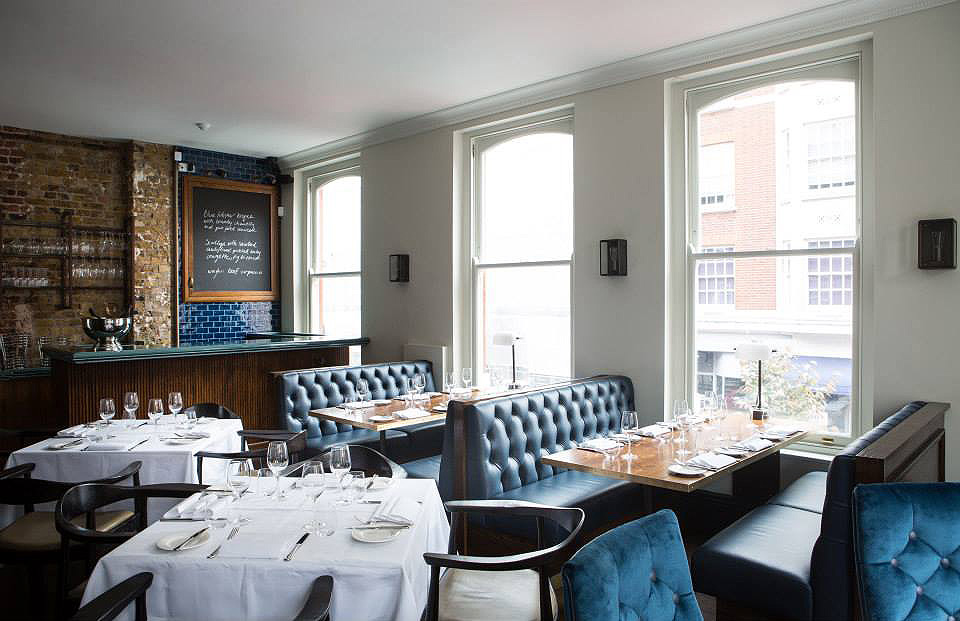 I dine in the upstairs restaurant, which offers a more elegant look that it’s ground floor companion, boasting a slightly more spacious and relaxed atmosphere. After deliberating between the tuna served three ways with avocado and chilli or hand-dived sea scallops, I elect for the former to start whilst my dining companion makes an astute choice selecting hand cut beef Carpaccio.

Both are delicious and nothing less should be expected when the chef presiding over the restaurant is Douglas Santi, who is known as the ‘Daddy of Italian Cooking’. Only appointed as Head Chef of The Cavendish in October this year, Santi previously held the helm at award-winning Mayfair Italian- Babbo, and spent five years under renowned Michelin Star chef Alain Ducasse. Santi brings great pedigree to the corner of New Cavendish Street and it is his meticulous attention to detail that has elevated The Cavendish’s menu into a truly enticing affair.

For that reason, choosing a main course proves as much of a challenge as the starter. It’s nice to have the conundrum as we pore over the menu, weighing up whether to share the rib-eye for two or go our separate ways with the short rib and lobster tagliolini. Other dishes that catch the eye include the 100 layers lasagne and wild sea bass paired with Jerusalem artichoke barigoule. In short, there’s something for the majority of palates within the menu and our eventual winner, the rib-eye for two, was cooked to perfection.

If you can manage it move onto dessert. The cheeseboard with homemade quince jelly is particularly good and you will struggle not to be enticed into another drink. If you’re partial to a cigar you will happily note that The Cavendish also has a fair few for you to chew on. It’s safe to say that you can enjoy a rather decadent evening at this plush restaurant. 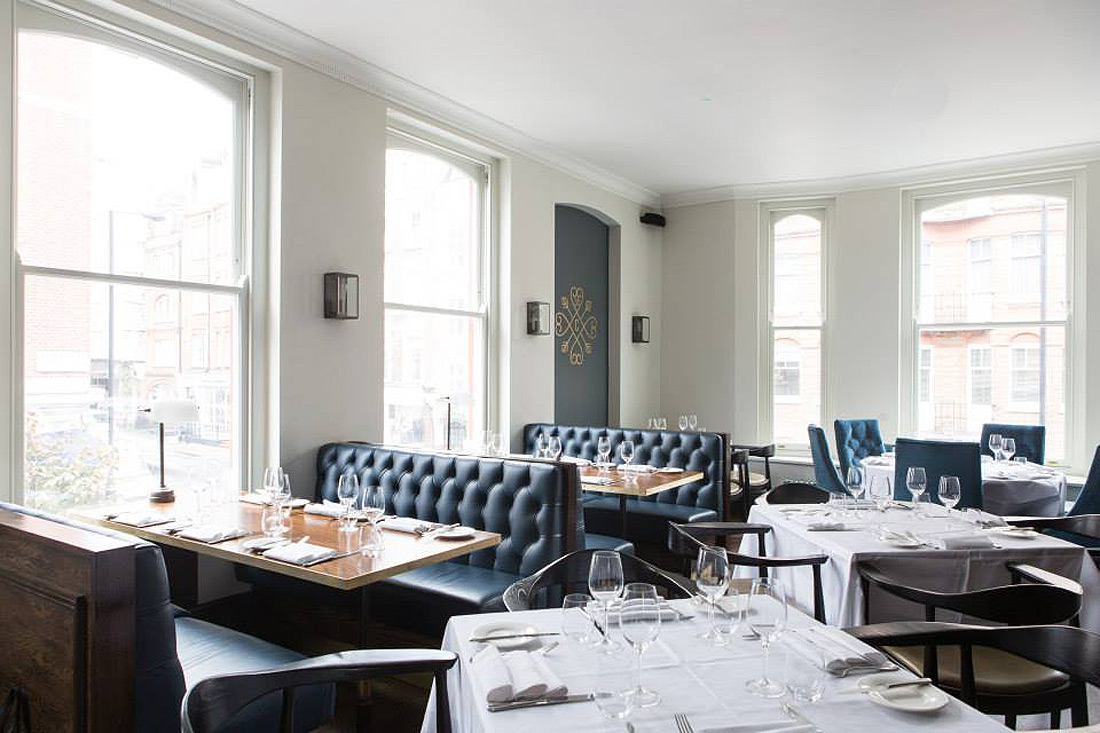 So step into Marylebone and unearth a hidden gem in the form of The Cavendish. Take in the ambience, a few cocktails and savour the menu, then tell your friends you discovered it.

The Cavendish Where & How