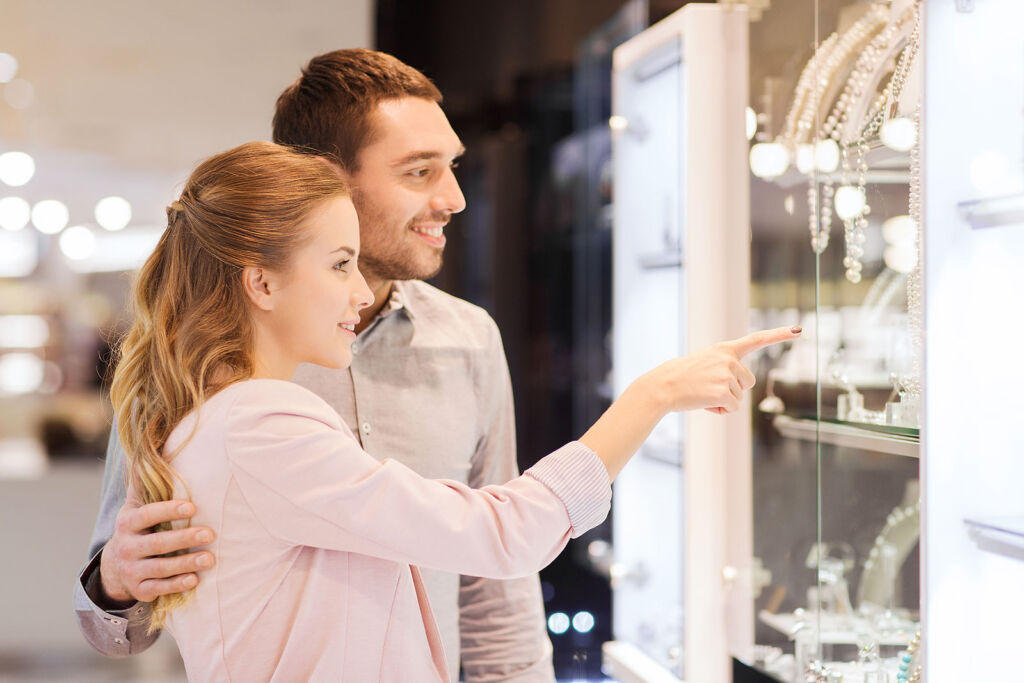 Let’s get straight to the point here… men can 100 per cent pull off diamonds and stand out from the crowd, looking dapper and oozing confidence. Diamonds are certainly not just for women, and recent trends are beginning to reflect this more.

Historically, men have worn more jewellery and often pieces with a bigger price tag than women. Royalty and nobility used jewellery to display social status and wealth rather than for sartorial reasons. In modern times, a lot of men have steered clear of styling themselves with diamond jewellery pieces, with them often being considered more feminine.

For this guide, we’ve relied upon the assistance of diamond ring specialist Neil Dutta of Angelic Diamonds, who’s helping us take a look at seven stylish men blurring the lines of fashion and making their mark when it comes to diamond jewellery.

Lewis Hamilton: The Bling King
Look no further than the seven-time Formula 1 champion Lewis Hamilton if you want a how-to on wearing diamond jewellery confidently. Often cited as the ‘bling king’ of the racing world, Lewis rarely even gets behind the wheel without his signature diamond nose stud.

Off-track, his career isn’t the only thing glittering. Lewis is constantly sporting diamond additions to enhance his personal style – just a glance through a gallery of photos, and it’s easy to spot his affinity for embellishment.

Jack Grealish: The Diamond Geezer
Next up comes limelight newcomer Jack Grealish. Jack’s on-the-pitch style has long been discussed amongst football fans, with his distinctive low-sock look raising eyebrows. But his off-the-pitch style really started to get noticed following a successful Euro tournament with England.

Not shy of an eye-catching – and sometimes garish – pattern, Jack’s style definitely requires a level of confidence to pull off, and whether you love it or hate it, he’s certainly paving the way for the bold. Already labelled a diamond geezer, could Jack’s record-breaking transfer to Manchester City bring even more bling?

ASAP Rocky: Adding an Edwardian Twist
When it comes to diamonds, ASAP Rocky doesn’t do things by halves – but he certainly doesn’t fall into the cliched look that comes with many rappers. Right now, acts like Migos have set the gold standard, so to speak, on what to expect from hip-hop jewellery – but ASAP Rocky’s Edwardian twist to his bling makes him a trailblazer in men’s fashion. Taking something you would expect to find in your grandmother’s jewellery box and making it intriguing to the modern man is simply a breath of fresh air.

Jaden Smith: Ahead of the Game
Jaden Smith is someone who’s always tried to be ahead of the game – challenging gender norms around what is considered stylish for men, long before it became popular to do so. From the age of 17, Jaden was beading his dreads with diamond Cartier love rings. Can you get any more iconic?

Michael B Jordan: Mr Chic & Sauve
For a simpler and more refined look, it has to be People Magazine’s 2020 Sexiest Man Alive – Michael B. Jordan. While many might throw on a tux and call it a day, Michael knows exactly how to complement his outfits with clean, suave additions for that ultimate note of male chicness.

Whether it’s a subtle diamond pinkie ring, a sophisticated brooch, or topping off his ensemble with his classic diamond stud earrings, he knows a little bit of ice can make a big difference.

Lil Nas X: A Sparkling Style Icon
No intention of being subtle? Maybe Lil Nas X should be your style icon of choice. As well as donning bold jewellery, Lil Nas X goes one step further and has even sported a diamond manicure and matching grill – proving that men can sparkle just as much as women!

Harry Styles: Classic, Clashing & Super Feminine
Finally, we can’t forget to mention Harry Styles. Last but certainly not least, his style has always defied traditional gender boundaries – he’s never been afraid to embrace the super-feminine. The fact Harry isn’t afraid to sparkle has inspired confidence in many other men.

As well as his gender-defying outfit silhouettes, Harry loves layering statement rings when performing. He often combines classic signet rings with gold and silver items for a clashing look that stands out from the crowd. 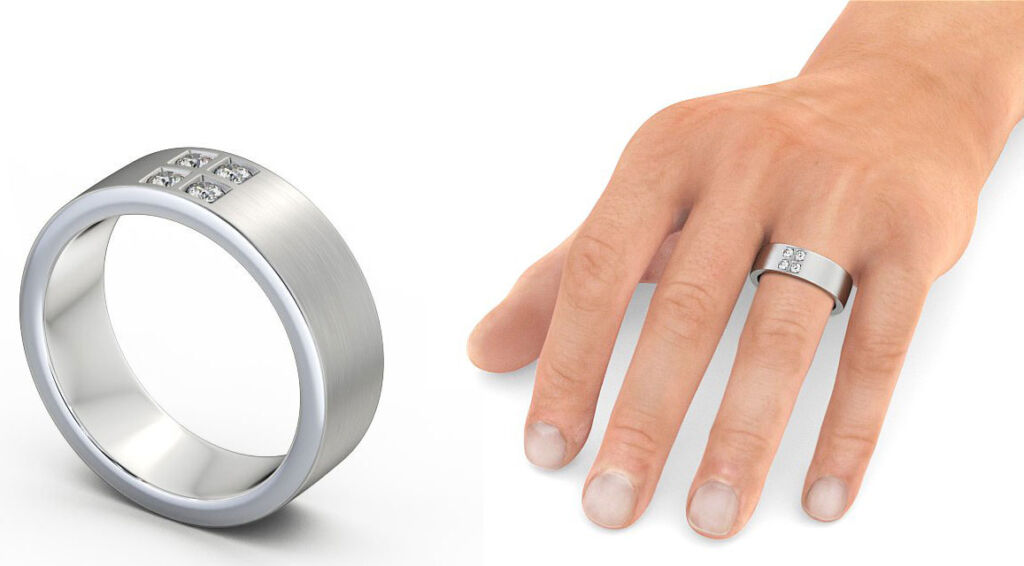 Embracing jewellery is a journey and for those still on the fence, maybe start with an embellished watch before working your way up to men’s diamond rings. Whatever your opinion, men adopting diamonds is a trend that’s here to stay.