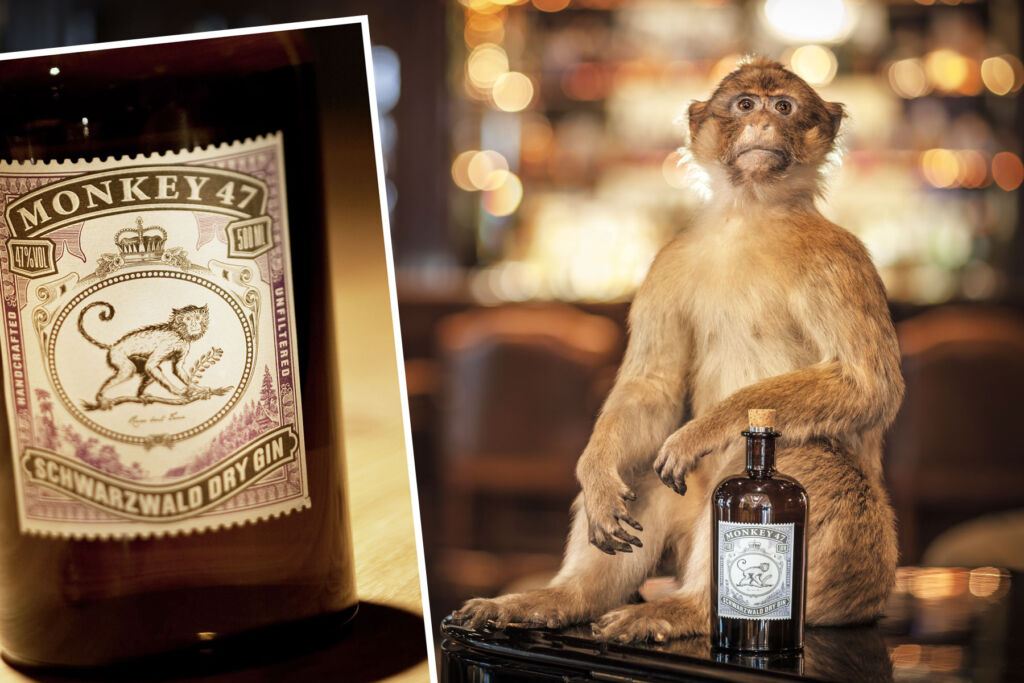 Mention gin, and you are likely to get one of two reactions – those who love it causing their pupils to dilate or those who have no particular interest and give a nonchalant shrug. But the process behind creating a gin and its story normally captures even the pessimistic of people, and Monkey 47 Schwarzwald Dry Gin has a rather interesting story.

Sabi Phagura went along to the distillery in the Black Forest, Germany, to find out. 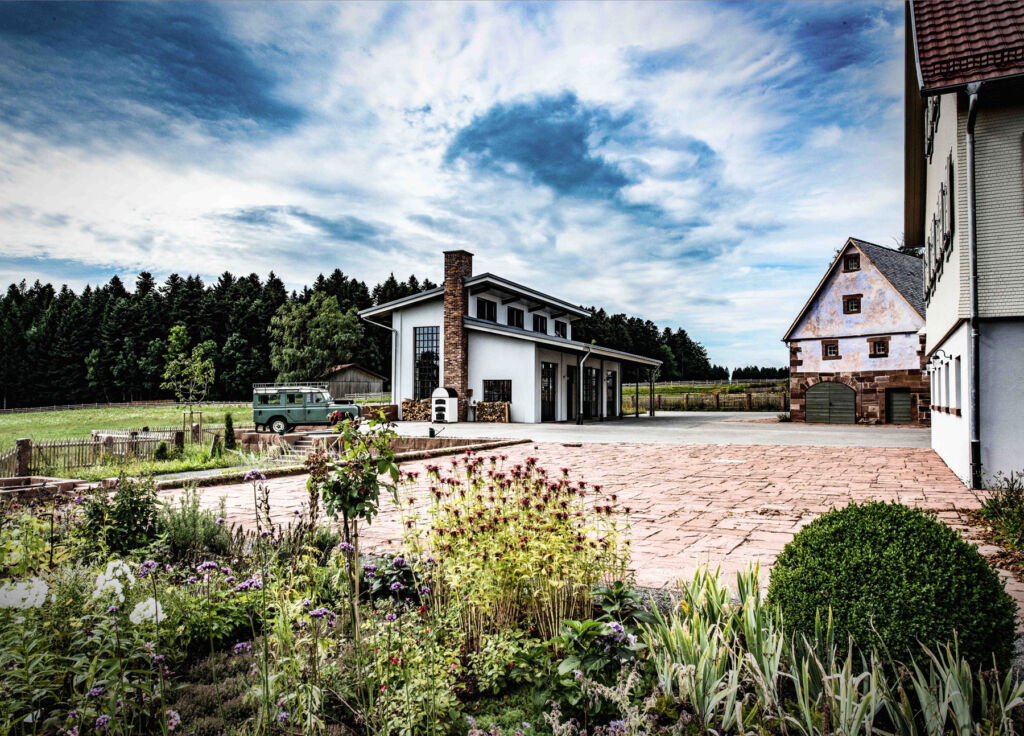 The Black Forest region in southwest Germany will conjure up images of the gateau of its namesake, but there’s lots more to this region than a scrummy dessert. The area attracts thousands of visitors each year thanks to the tranquillity and plenty of hiking and cycling trails. It’s also home to Monkey 47 Schwarzwald Dry Gin.

The world of the juniper-infused spirit is diverse and can and does involve a wide range of botanical ingredients and distilling techniques. And Monkey 47 is up there as one of the unique gins making quite a racket. 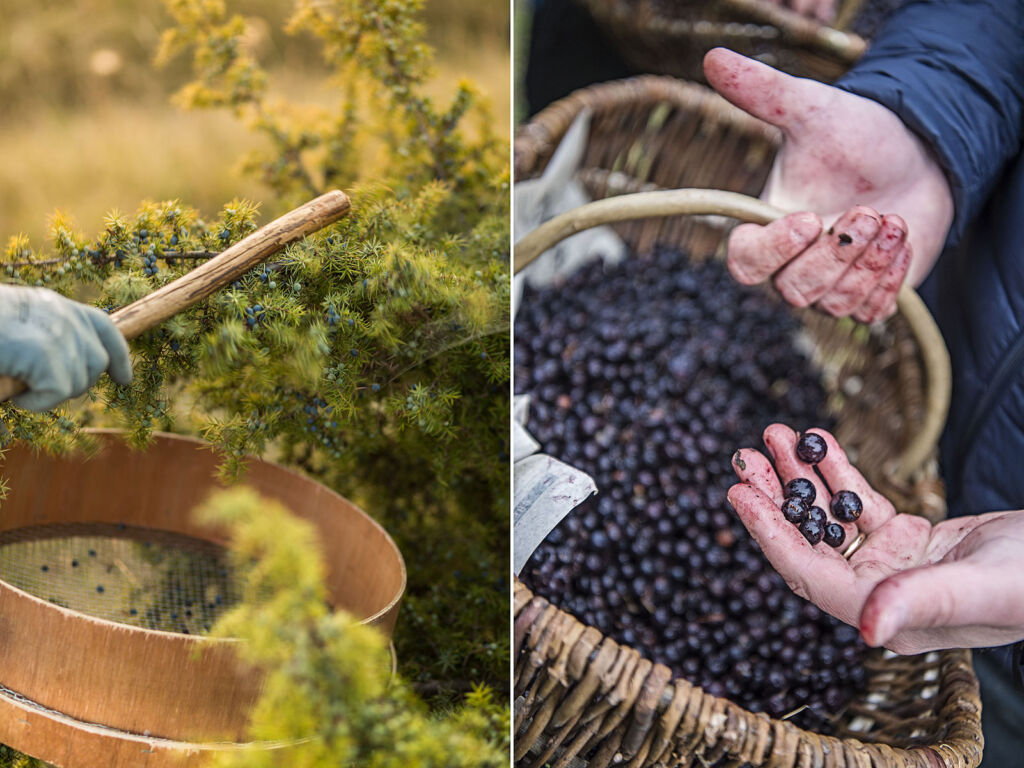 As the name suggests, there are 47 botanicals in the Monkey 47 Schwarzwald Dry Gin, including juniper, lime, lemon, almond, acacia, angelica, sage, sloes, spruce, cloves, lavender, jasmine, nutmeg, cardamom, lingonberries and cinnamon. With so many botanicals, you could be mistaken into believing that the individual flavours would not stand up. But as I discovered with my fellow trippers, it was possible to have a different experience with each sip.

Every time I tried it, I could pick up new flavour notes and aromas. The best way to describe what I experienced is to think of berry fruits, citrus, floral and herbal characteristics. 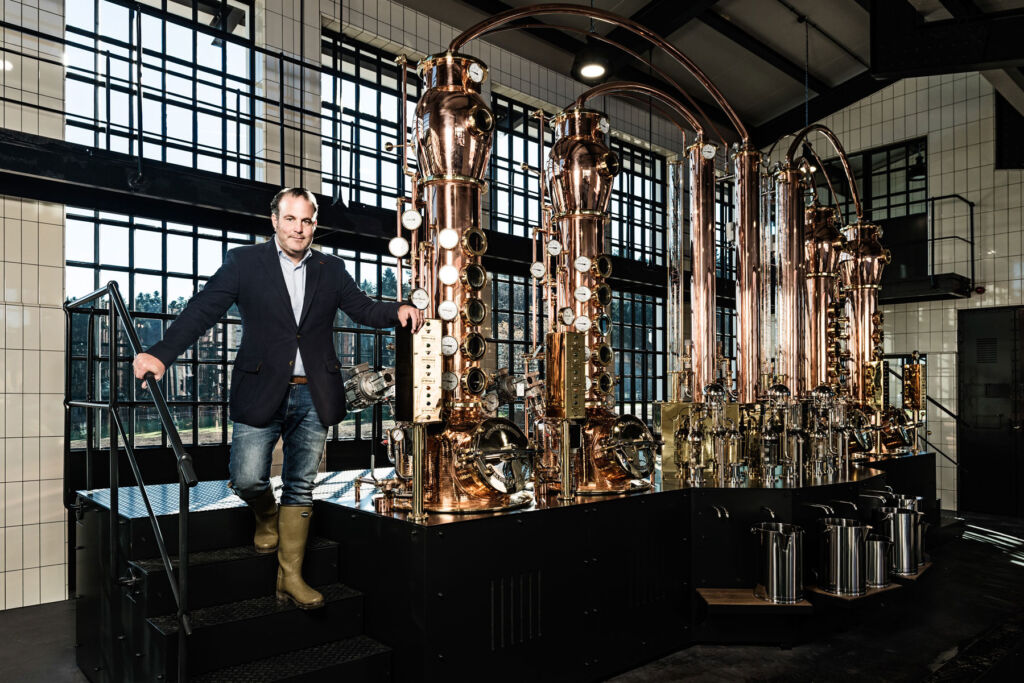 Monkey 47 Schwarzwald Dry Gin is distilled in-house in Germany’s Schwarzwald (Black Forest) region. A popular haunt for outdoor enthusiasts, the distillery has a perfectly tranquil feel to it. You can smell the botanicals as soon as you enter the area.

The journey of Monkey 47 began in the 1940s when British Air Force Commander Montgomery “Monty” Collins helped rebuild Berlin Zoo after the war. He moved to an isolated valley in the Black Forest and began following the tradition of distilling the local fruit and creating his gin. 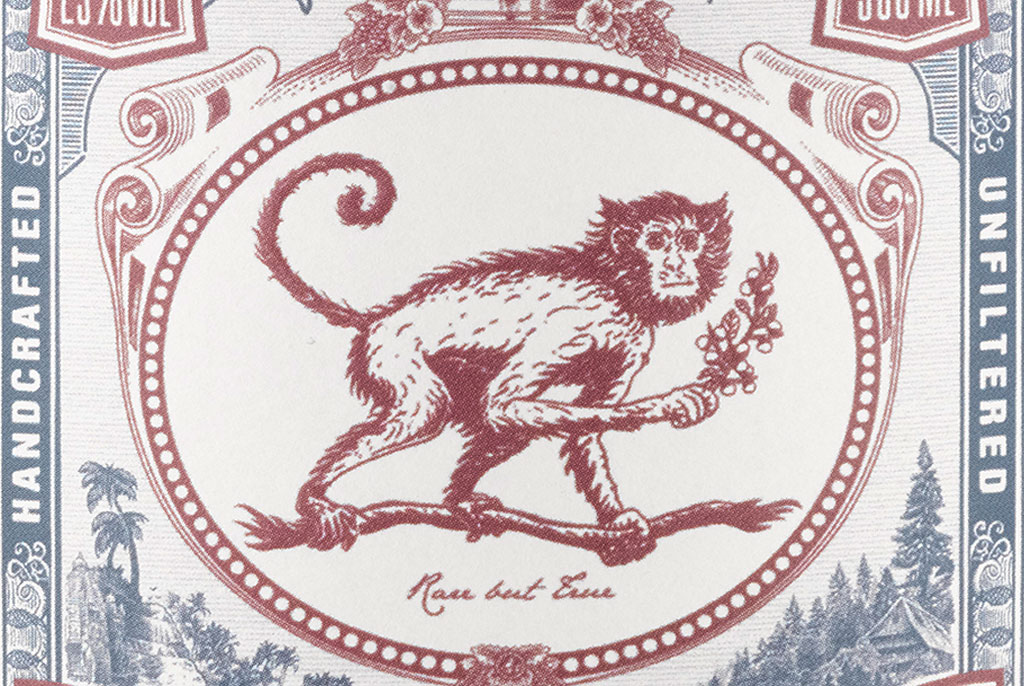 The egret monkey depicted on the label is a reference to one being sponsored by the commander. As well as the ’47 botanicals to create this concoction, the number in the name also comes from the 47% ABV making it rather strong compared to some other gins. So, a little goes a long way. The brand grew further with the opening of a Black Forest guesthouse called ‘The Wild Monkey’ at which he served his gin. 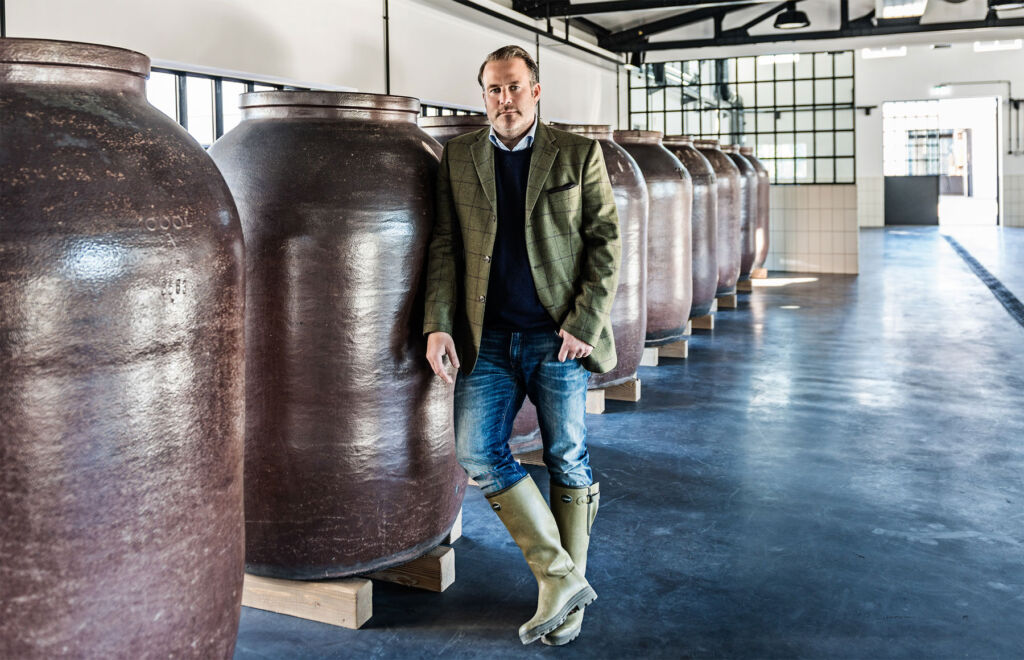 Upon discovering this story, founder Alex Stein (above) was inspired to create a new gin, even using records of the original recipe as inspiration, including lingonberries, cranberries and spruce shoots amongst the botanicals. So, is this just another gin? Plenty of people beg to differ. Bollenhut, turban, and bowler hat certainly make it stand out from the crowded world of gin. It’s a batch-distilled and handcrafted gin that fuses British traditions, the spices of India, and the purity and originality of the Black Forest. 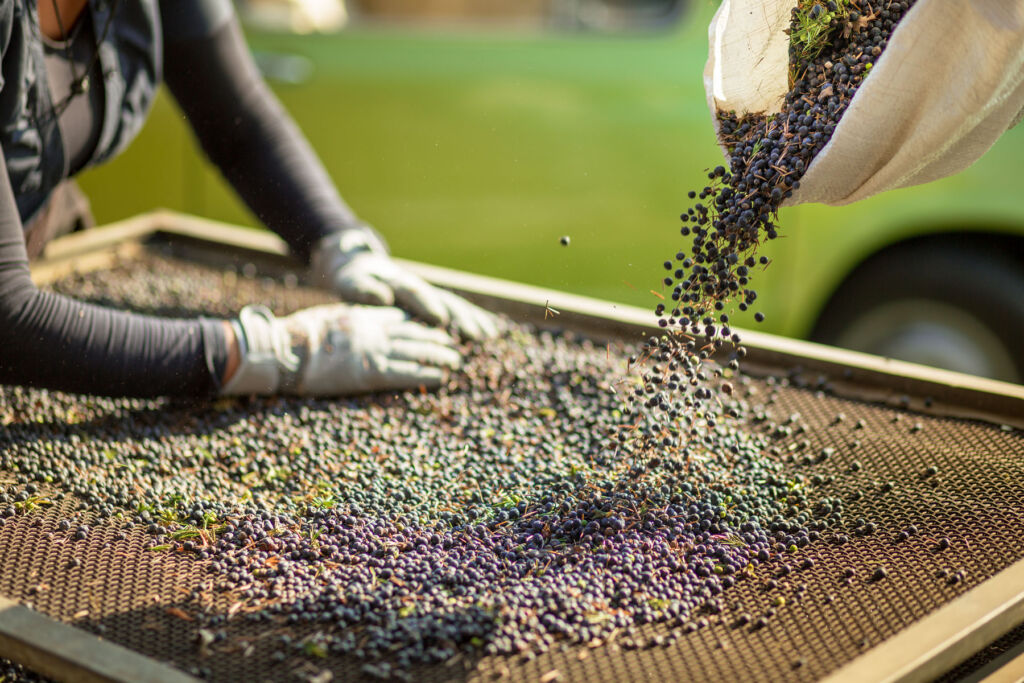 Indeed, a good third of the ingredients for this special gin originate from the region: spruce tips, elderflower, sloes, and blackberry leaves, to name but a few. The handpicked plant ingredients are then prepared in extremely soft spring water from the Black Forest. The distillers say that it’s this vital ingredient that lends Monkey 47 unrivalled complexity and quality.

The pièce de resistance, we were told, was a local “secret weapon” – fresh lingonberries. We even had a chance to mix the ingredients ourselves, including six types of peppers, using a machine which churned the botanicals much quicker than if they were done by hand. Distillation and maturation happen in traditional earthenware containers before the liquid is poured into bottles which have a metal ring to prevent the cork from getting wedged into the bottle. 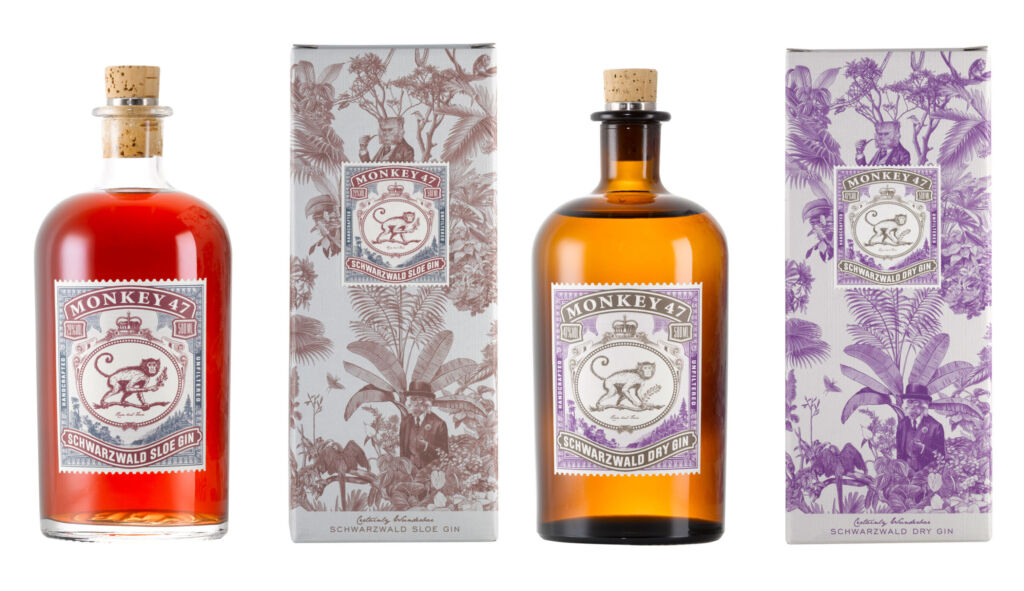 Since being launched in 2010, Monkey 47 has been embarking on a round-the-world journey and has reached over 80 countries on four continents. But a visit to the tranquil Black Forest valley to see this concoction being created is a unique and lovely experience if you’re a distillery enthusiast.

The summer in this area is the perfect time for those keen on hiking and cycling. Numerous long-distance trails can be covered either on day hikes or week-long ones. I certainly used my time wisely and got out in the fresh air as soon as daylight poured into my room at Fritz Hotel Lauterbad. 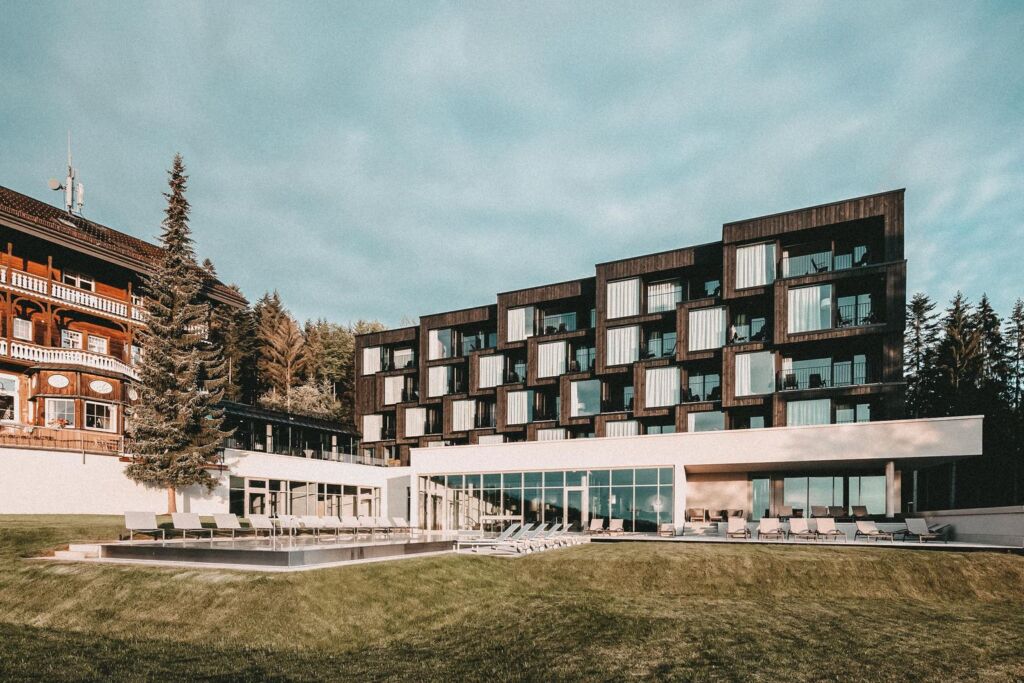 Perfectly located at the foot of a forest trail, I was able to spend a couple of hours in the forest before heading back to lounge around in the hotel spa and outdoor pool.

Fritz Hotel Lauterbad also has a special bond with the distillery, and one of our activities during our stay was to hunt out Apartment 47. Located in a ‘secret’ part of the hotel, Apartment 47 was the result of three rooms being merged into one large apartment.

The vision was inspired by ‘speakeasy clubs” during prohibition times. And in a nod to such places, we did indeed have to work our way through a network of hallways, passageways and a hidden door to enter the apartment. 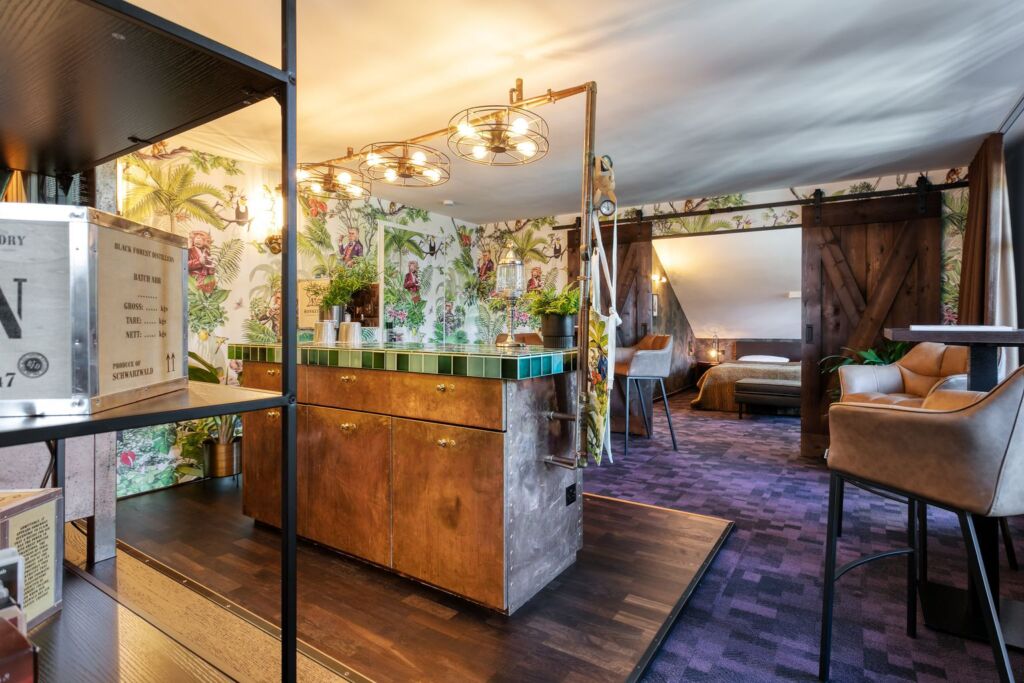 And it was most certainly worth the hunt. Inside, the motto is pretty much ‘back to the roots’ where we found an old TV including VHS cassettes and recorders, a record player with vinyl records, an old typewriter and lots of retro chic.

Devoid of any noise and the constant availability and the permanent online madness, it was great to step back into yesteryear. And as befits Monkey 47, there is a ‘copper bar’ in the centre based on the stills in which the fine juniper schnapps is distilled. The bar is already well-stocked for monkey lovers and can be expanded at will. Fresh ice is delivered at 5:00 pm, and If the GIN runs out, there is even a ‘Call for GIN button’. Now that is what we call service!

Monkey 47 Schwarzwald Dry Gin – Where and How?

The Black Forest has five airports within easy reach. We flew into Stuttgart from Heathrow airport. For more information on the distillery and Monkey 47 Gins or to book a tour, visit https://monkey47.com/distillery-tours.