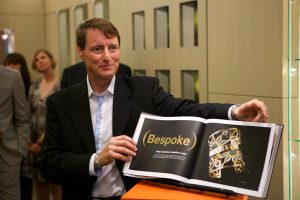 Luxury brand Montblanc supported the Nelson Mandela Foundation with the launch of the 46664 bangle legacy book.

On Thursday, 12th of May 2011, Robert Coutts, the CEO of the 46664 Bangle Initiative unveiled the 46664 Bangle Legacy Book at the Montblanc Bond Street boutique, London. It was a memorable moment for Montblanc and especially Lutz Bethge the CEO Montblanc International, who had the honour to strengthen his support for the cause by writing the foreword of the 46664 bangle legacy book.

About the 46664 Bangle Legacy Book

The 46664 Bangle Legacy Book visually chronicles the 46664 bangle story which began three years ago, when the 46664 Bangle Program was established on the occasion of the 90th birthday of Nelson Mandela in order to raise awareness of HIV / Aids.

Today it continues to work in the area of HIV prevention – especially in South Africa where the 46664 Bangle aims to raise significant funding for HIV / Aids prevention and helps to create jobs for those most affected by this global disease.

Underscoring Nelson Mandela’s inspiring humanitarian legacy and his believe that nobody should be reduced to a number, the Bangle Program is named after his prisoner number. The 46664 bangles represent the organisation’s action to address the broader social injustices of society and to continue Nelson Mandela’s legacy of helping others. At least 60 percent from the sales of the bangles will go directly to the HIV / Aids prevention campaign.

Montblanc in support of the 46664 Bangle Initiative 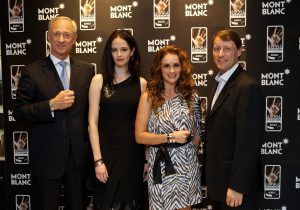