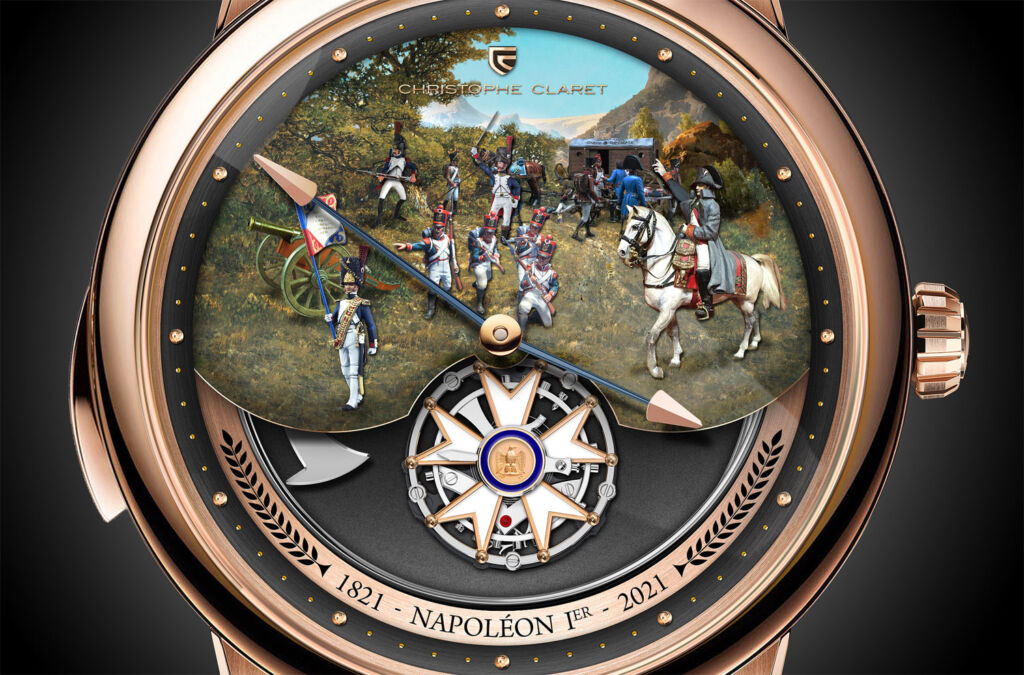 In a celebration of the life of Napoleon Bonaparte, Christophe Claret has created sixteen beautiful pieces of art for your wrist. Each is an exquisite homage to one of the greatest military strategists in history and are far more than simply timepieces.

On the 200th anniversary of Napoleon Bonaparte’s death, Christophe Claret wanted to pay homage to the French Emperor. Claret designed and created sixteen individual and exceptional watches based on his Westminster flying tourbillon minute repeater to honour the man. Each of the exquisite Napoleon Westminster Minute Repeater timepieces has Jaquemart automata featuring Napoleon with his soldiers.

The French Emperor was a genius at military strategy, which won him many victories in memorable battles. Military schools still teach and study his tactics, such was his skill. 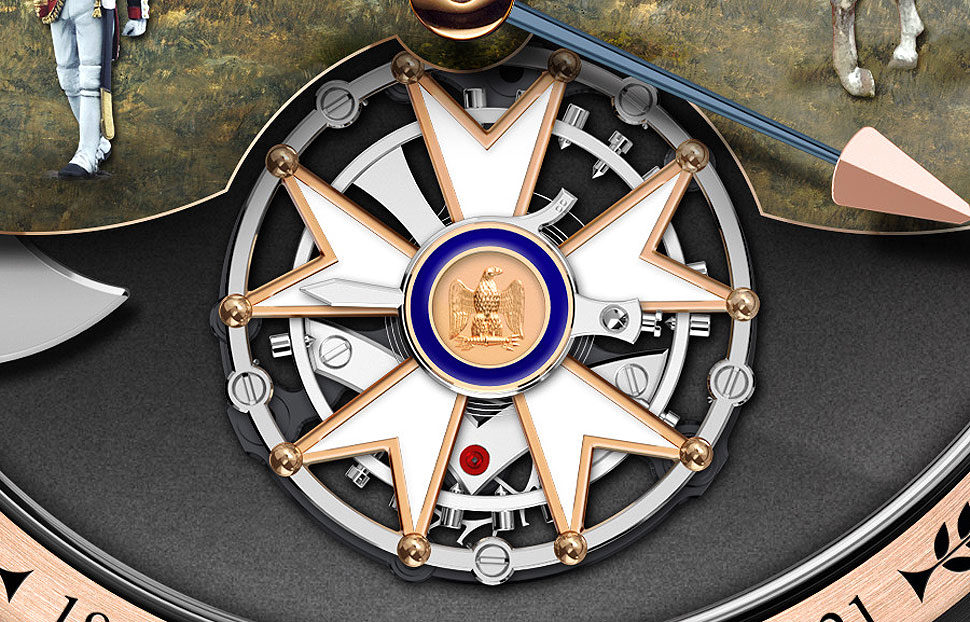 The attention to detail imparted across the Christophe Claret’s Napoleon Westminster Minute Repeater’s is staggering. For example, the Legion of Honour, a medal that was awarded to France’s bravest soldiers and created by Napoleon has been incorporated into the tourbillon cage.

Two variations of the Napoleon Westminster Minute Repeater available, one in Titanium the other in Red Gold. 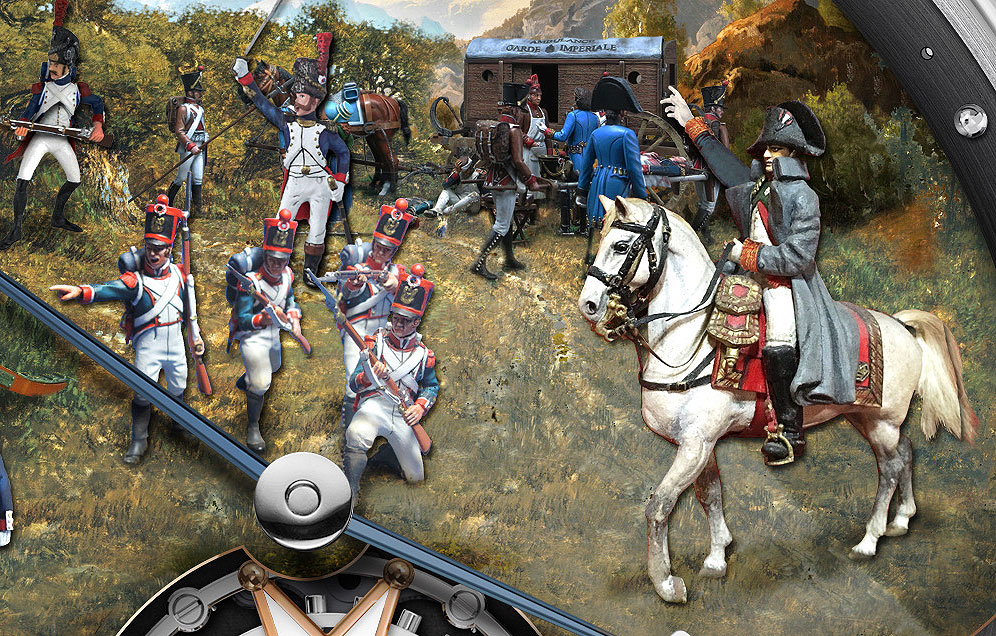 The case is 46mm in diameter, so quite large, enabling you to take in the intricate art within. They are mechanical watches with a sixty-hour power reserve and confirm Christophe Claret as a Master artist-watchmaker.

The minute repeater mechanism of the Westminster allows you to play a musical tune when the quarters ring. Each quarter has a different ringtone, C D E G; G D E C; E G D C.

The ringtones result from a collaboration between Christophe Claret and a virtuoso violinist. They provide notes with optimal quality, while the animation of the stage automatons accompanies this musical tone.

The movement sets the tone in the family of traditional complications watches, the first of the four collections of the Christophe Claret brand. It is inspired by previous creations by the master watchmaker while pushing the limits of what is possible in this area. 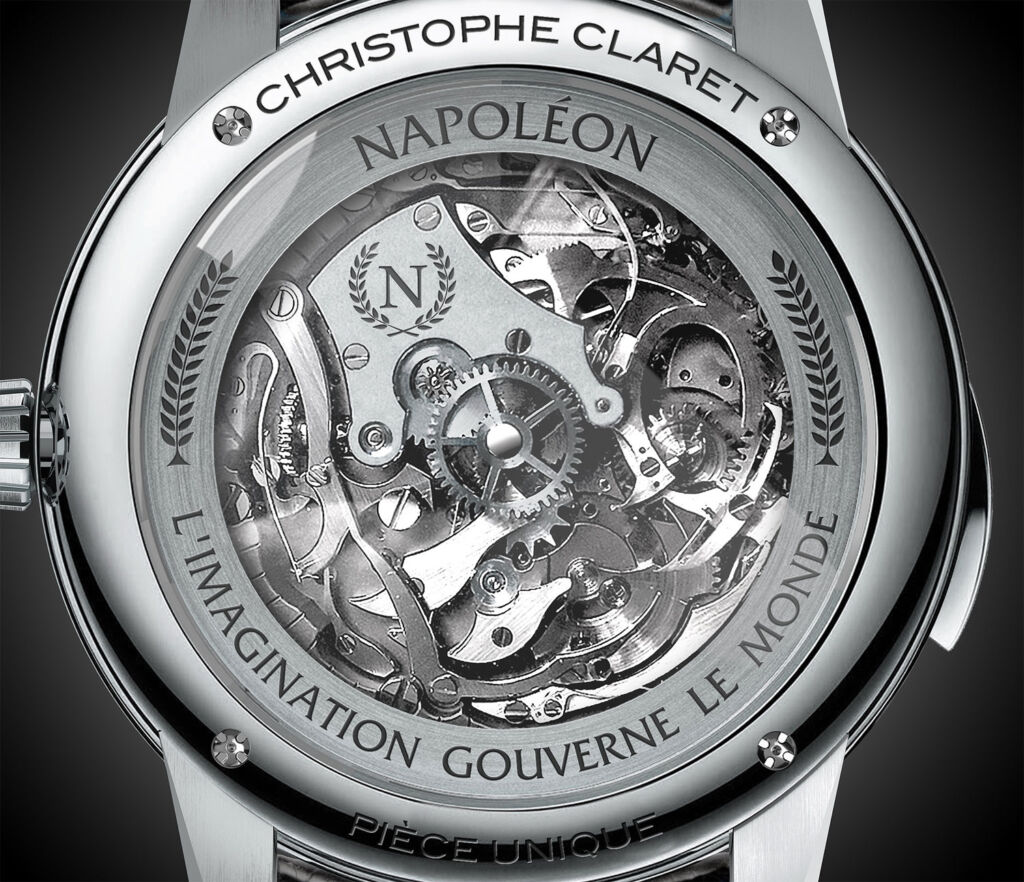 The NBC98 calibre powers the Napoleon Westminster Minute Repeater, working at a frequency of 3 hertz (21,600 vibrations per hour). Employing its flying tourbillon, it comes to life thanks to a single barrel. The request for the minute repeater is traditionally made through a sliding pusher on the left side of the case. It is so pleasing to admire the animation of the Jaquemart automata while listening to the musical sound of time by the Westminster cathedral ringing.

Christophe Claret is the designer of this four-branch balance wheel which offers an inertia/weight ratio close to the ideal balance. Although very complex to manufacture, this aerodynamic balance is easy to adjust and balance.

The Westminster ringing cathedral stamps have been the subject of special care – as always with Christophe Claret. This type of bell has the uniqueness of going around the movement twice to express longer, more precise and more powerful notes. 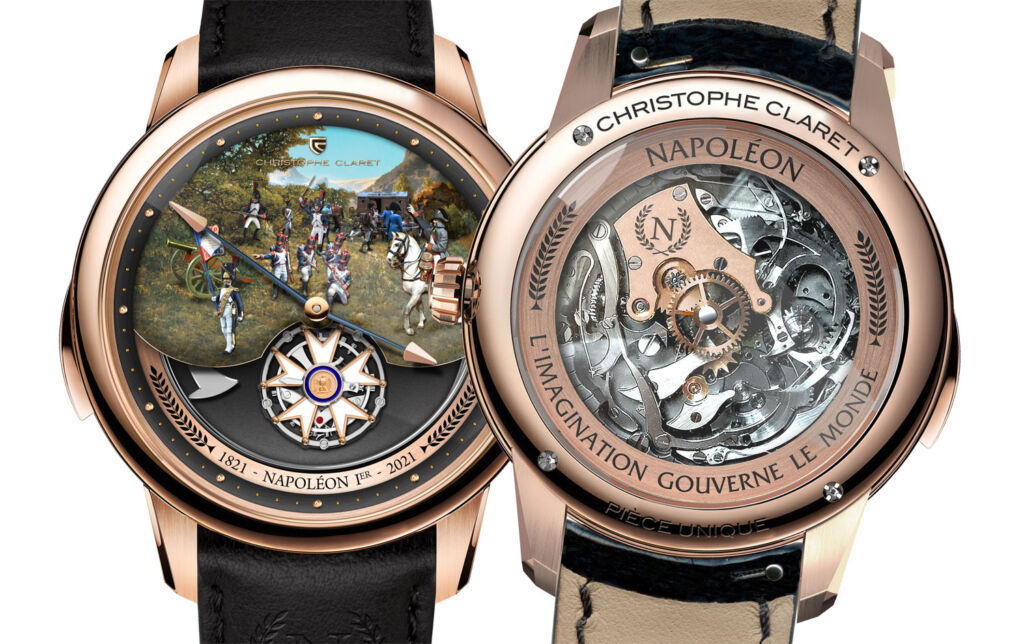 Excellence is required for their manufacture in drawn steel, for their assembly and tuning. They benefit from a patented in-house invention that blocks significant vibrations despite their exceptional lengths and prohibits parasitic noises.

I have a passion for History and have studied the military campaigns during the Napoleonic period. Bonaparte was a great leader and military tactician, so it is appropriate that his death is commemorated.

The gorgeous Napoleon Westminster Minute Repeaters by Christophe Claret supremely capture the Emperor’s conquests in battle and honour him in time. 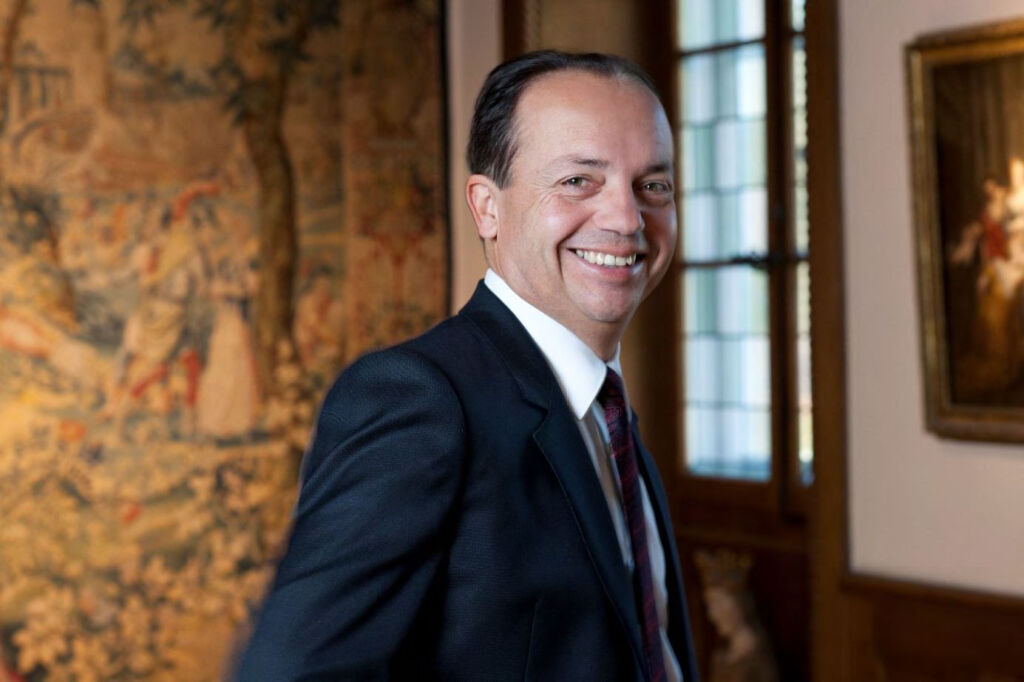 About Christophe Claret
Christophe Claret entered the workshop of a watchmaker-restorer and changed his life. Since that day, he has nourished a passion for complicated timepieces, particularly old pocket watches, often equipped with a locking mechanism.

Claret continuously studies the art of watchmaking, wanting to improve. The first calibre signed by Christophe Claret was a minute repeater and appeared in 1989. A series of watches with evocative names followed: Adagio, Soprano, Allegro, Concertino and today Napoleon, becomes the new flagship of these unique prestigious pieces.

Pricing
The Napoleon timepieces are available in two limited editions each comprising of eight pieces. The choice of base materials is red gold or titanium. Each of the timepieces is unique, differentiated by its decor. Both the rose gold and titanium versions are priced at CHF 590,000 (excluding taxes). For more information, please visit www.christopheclaret.com.