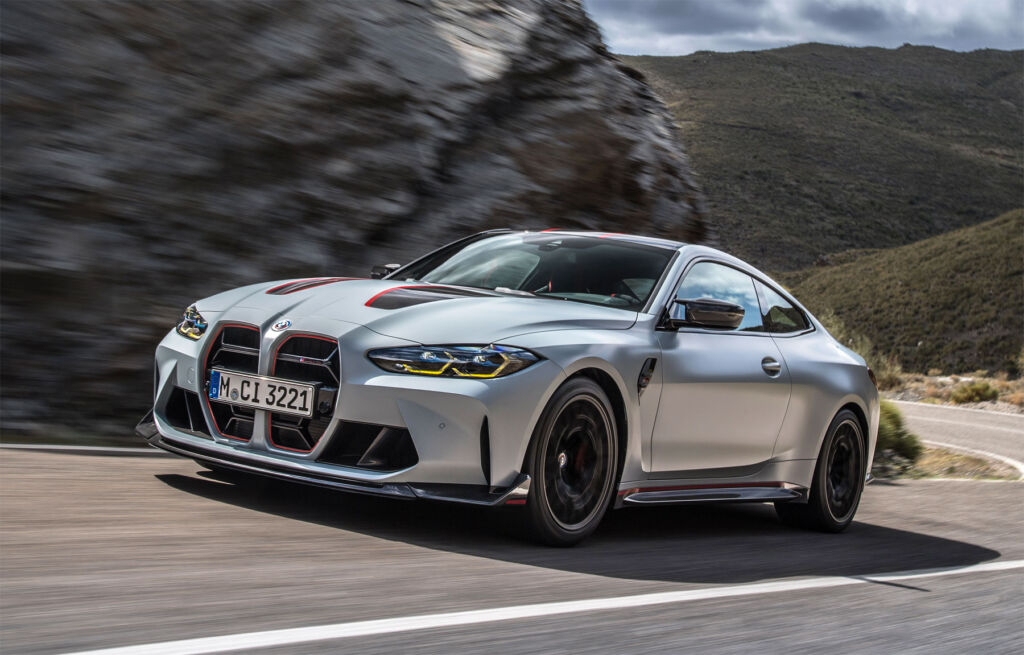 BMW’s new track-honed BMW M4 CSL comes with some highly impressive performance stats and a price reflecting this. The 3.0-litre 550hp car has a top speed limited to 190 mph, a carbon-fibre roof, bonnet and boot lid, and technological wizardry to help you drive faster and better.

Sometimes news pieces pass my desk, and I think to myself, “Is there any need for this?”, and this new car from BMW is one of them. No one can deny that BMW is astonishingly good when it comes to making cars, and its M-series has been winning over motoring fans for decades. However, launching what will undoubtedly be an overly-noisy, fuel-hungry car with a 3.0-litre engine at a time when the world is fixated on electric power makes me wonder who the Bavarian manufacturing powerhouse is targetting? 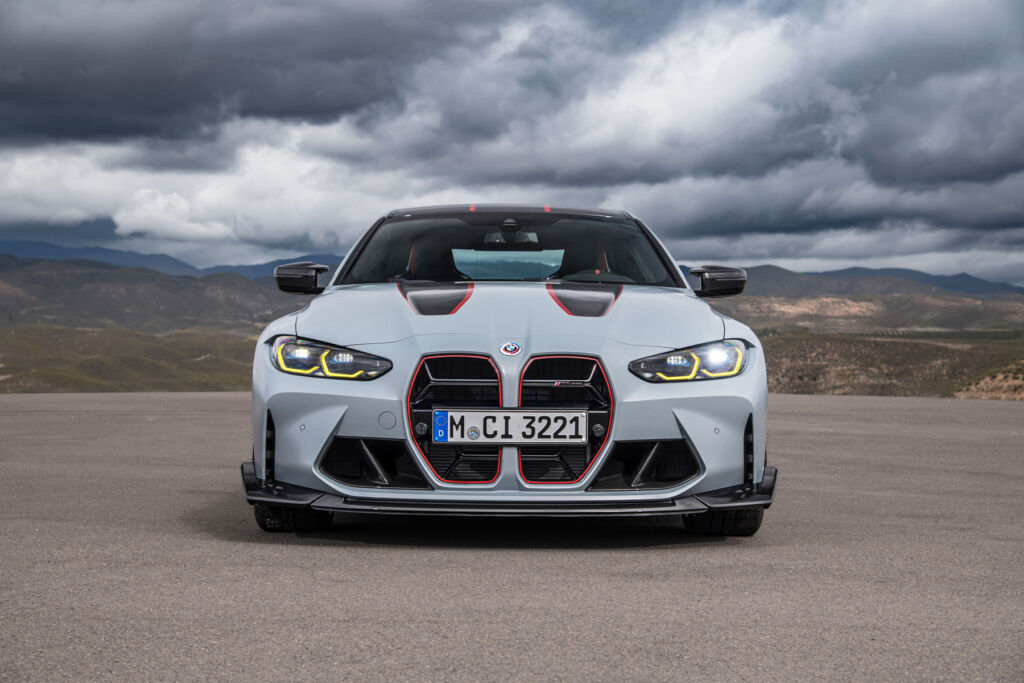 The BMW M4 CSL is not quite as fuel-hungry as I probably made out a moment ago. In fact, it is capable of what is a respectable 28-ish mpg, which isn’t half bad when you consider that the car is electronically limited to 190mph. And, with regards to the noise factor, an area that many manufacturers tend to ignore, oft forgetting that it’s others who are putting up with the audible discomfort, there is something called the M Sound Control, which allows the driver to reduce the noise levels. 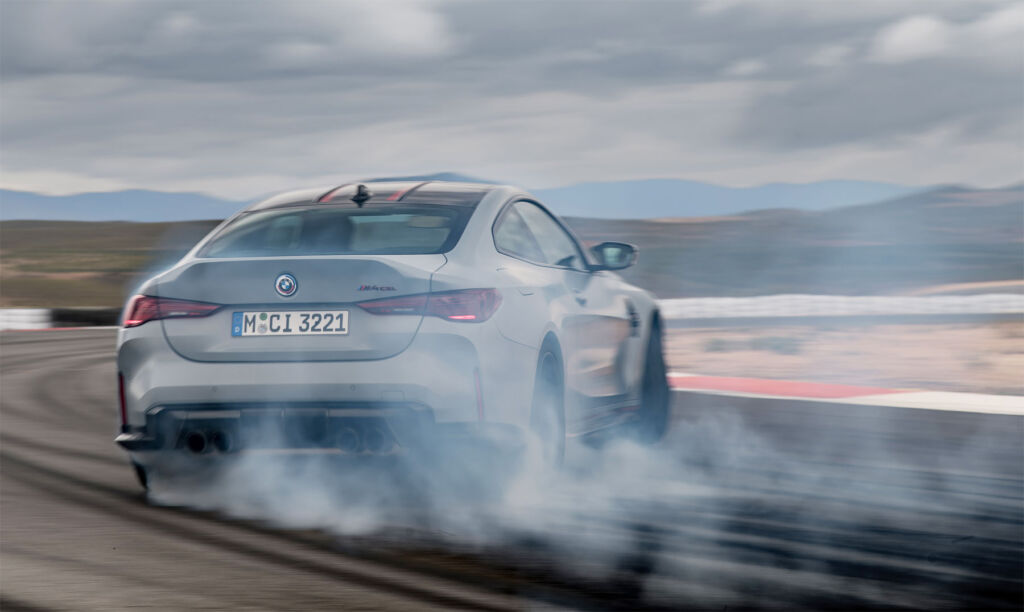 Those things aside, what BMW has launched is a car that will likely bring pleasure to few and annoyance to others when driven on the residential roads. There, I’ve said it. However, that’s just my opinion, and my own views aside, I am sure a few thousand people worldwide will be eager to get their hands on the keys to one.

Let’s look at what it is that will attract them:

The new BMW M4 CSL’s raison d’être is track racing. It is one of the reasons why it only has two seats, and it is on a track where it will be excelling. In tests on the Nürburgring’s Nordschleife circuit, the super-light sports car was able to post a time of 7:15.677 (official notarised time of 7:20.207), which is the best lap time achieved for any series-produced BWM car.

Weight reduction is a vital aspect of the BMW M4 CSL experience. Inside, BMW has installed M Carbon full bucket seats. It also benefits from lightweight M Carbon ceramic brakes, light-allow wheels, springs and struts, a carbon-fibre roof, bonnet and boot lid, and a wide range of other weight-saving measures.

The extreme weight saving program initiated by the BMW designers does equate to some spectacular performance. As mentioned, the car’s top speed has been electronically limited to 190mph, and 62mph comes up in just 3.7 seconds. 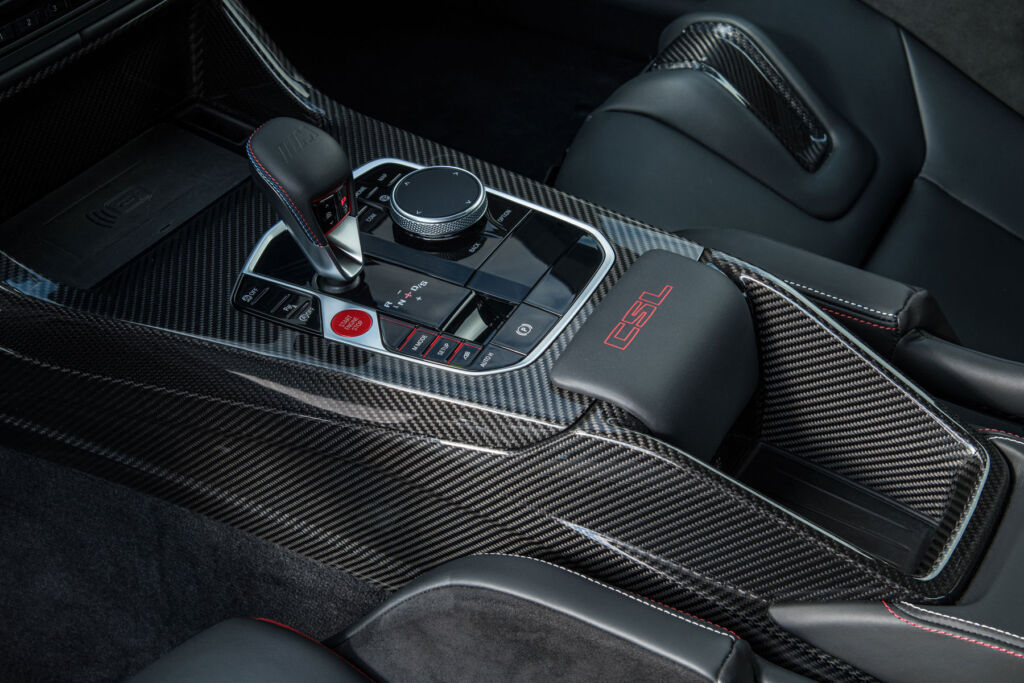 The new BMW M4 CSL is powered by a 3.0-litre straight-six engine that produces 550hp. The engine is mated to n M-specific eight-speed Steptronic transmission with Divelogic features that can be controlled by paddles or a stick. Another thing that fans of the track will appreciate is the M Drive Professional and the various M Modes. These are intelligent aids that will help the driver produce a better lap time. 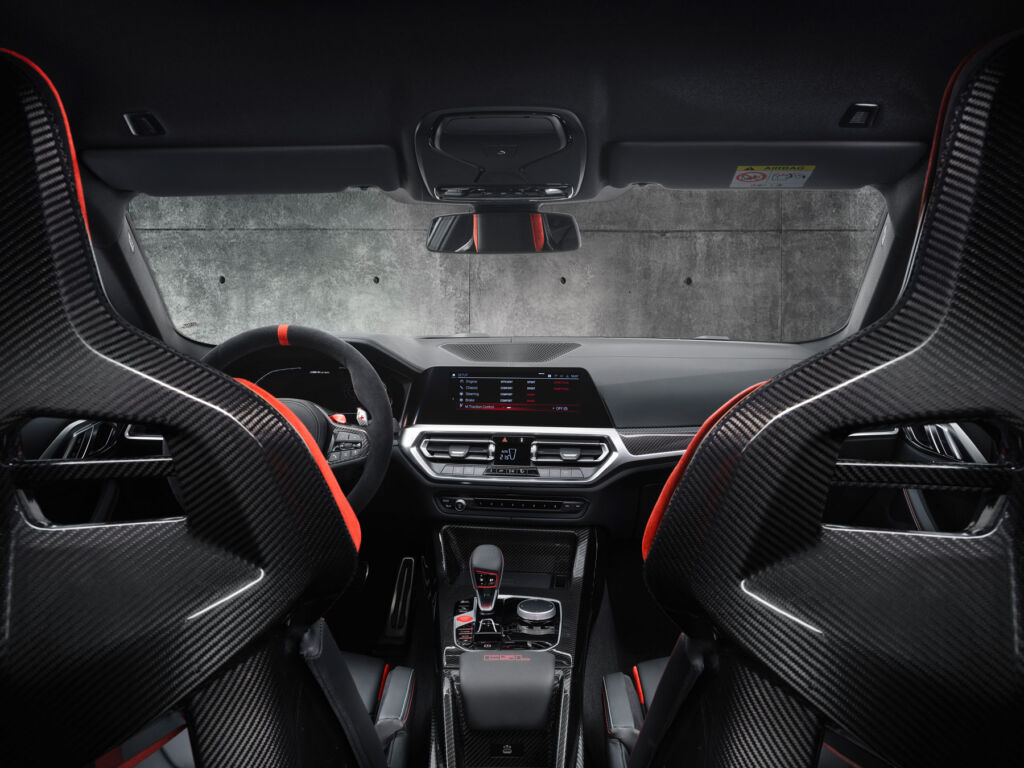 From reading the above, you’d probably be thinking that this is just a stripped out car without any creature comforts; actually, it does have some. The car has a 12.3-inch instrument cluster with a 10.2-inch control display. The display can be operated by touch or voice and allows the driver to access cloud-based navigation, Apple CarPlay and Android Auto, and obviously, telephony.

It also has a Wifi interface and comes with a 10-speaker HiFi system with a 205-watt amplifier, again something the general public and, indeed, neighbours, I am sure, will appreciate (not). 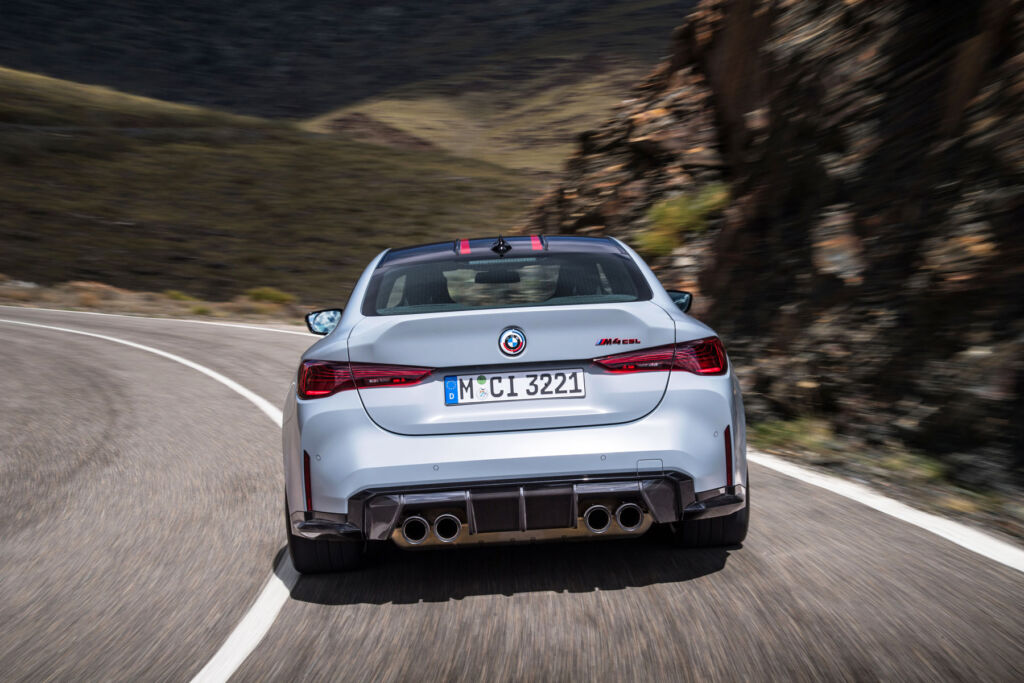 As you can undoubtedly gather, the new BMW M4 CSL is far from the type of car that will “float my boat”. However, I am sure that many people will instantly fall for its undoubted charms. BMW has stated they will only build 1000 BMW M4 CSLs, so you’ll likely need to move quickly to reserve one. You can find more details on this and other vehicles in BMW’s range can be found at www.bmw.com.