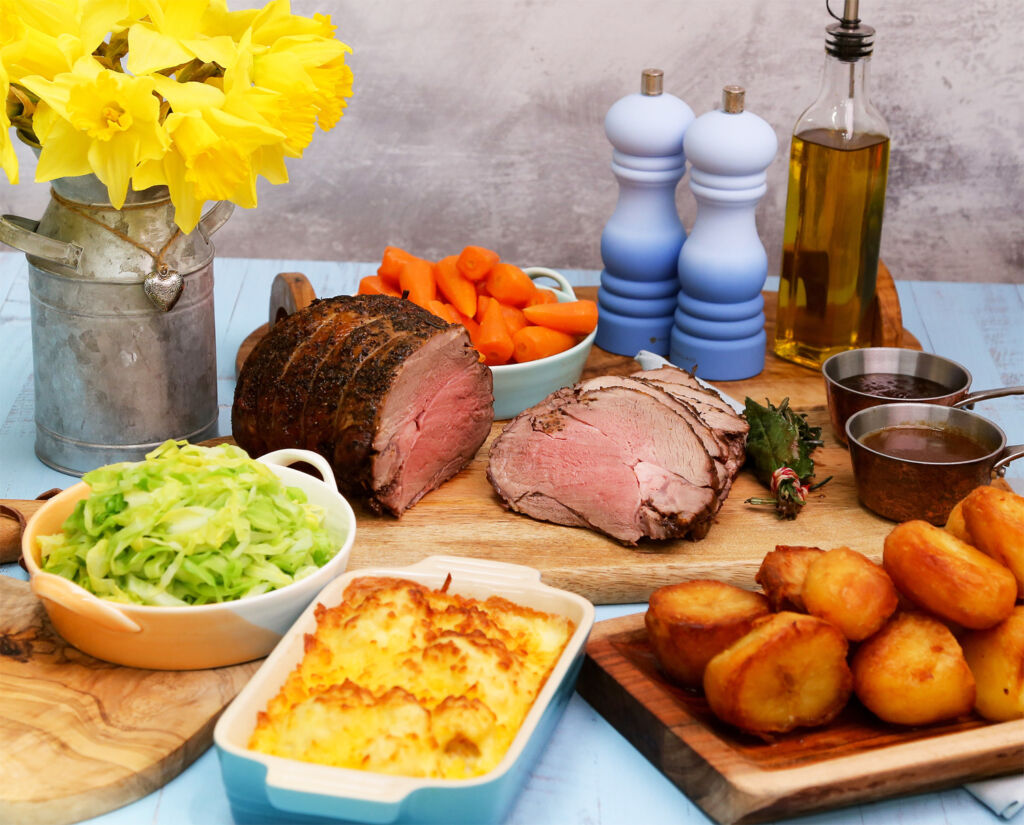 Peter Hayward dusts off his kitchen skills and finds that Easter can be made even more special thanks to a Noble House Prepared at-home meal kit.

Now I don’t know about you, but as I have written before, even with the best of intentions and a detailed step-by-step guide, I am well able to ruin the very best of meals if left to my own devices.

I can do the simple stuff – like a good fried breakfast or the simplest of spaghetti Bolognese – and my bubble and squeak is legendary every Boxing day. But that’s about as far as my culinary expertise reaches.

Why then, you may well ask yourself, have I been given the task of assessing offerings from the fine dining at home market? I’m not quite sure but suffice it to say, if I can accomplish something in the kitchen from a wide-ranging kit of parts, then you too can be a master of cuisine even if you have rarely cooked before. 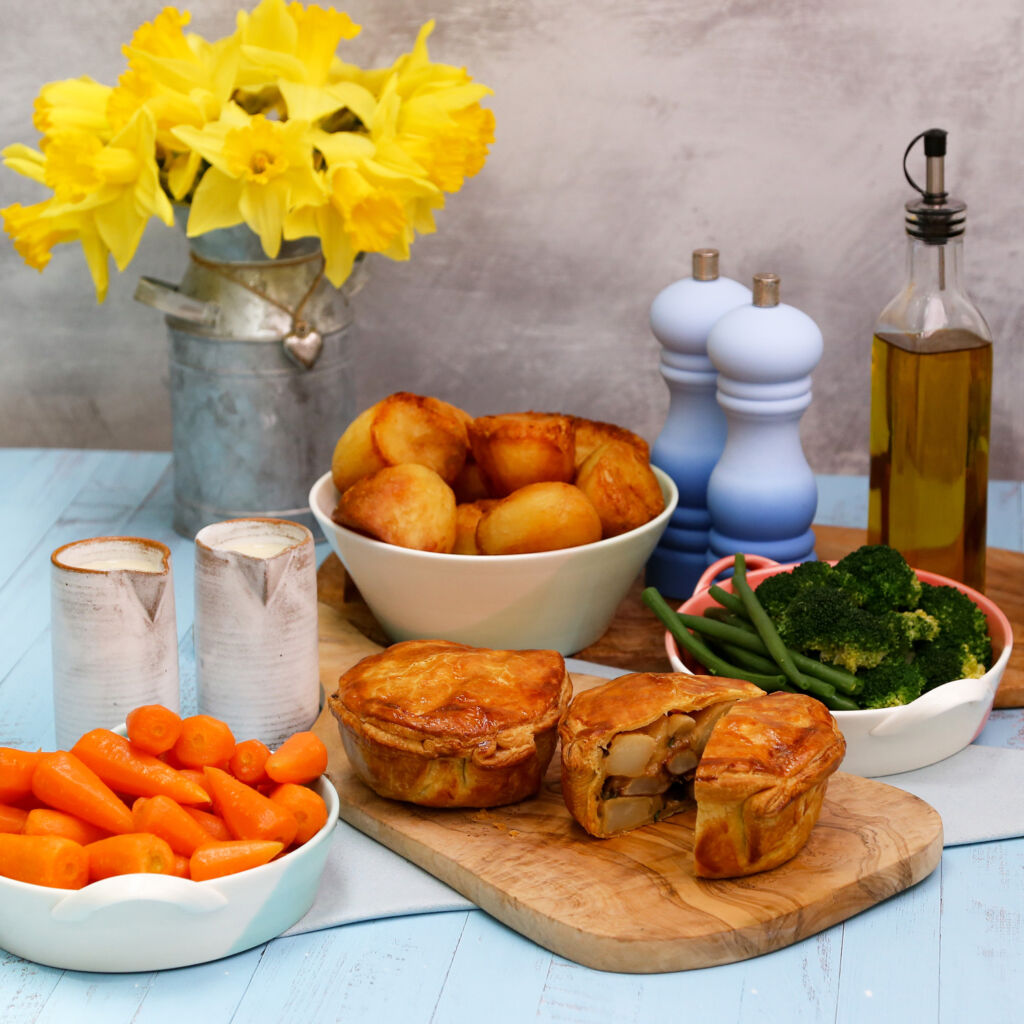 My most recent foray into the realms of restaurant-quality dishes at home came courtesy of Noble House Prepared – a London-based company whose kitchens are led by executive chef Owen Sullivan (below).

He previously worked in the same capacity for Gordon Ramsay and oversaw the opening of many of his restaurants around the world. 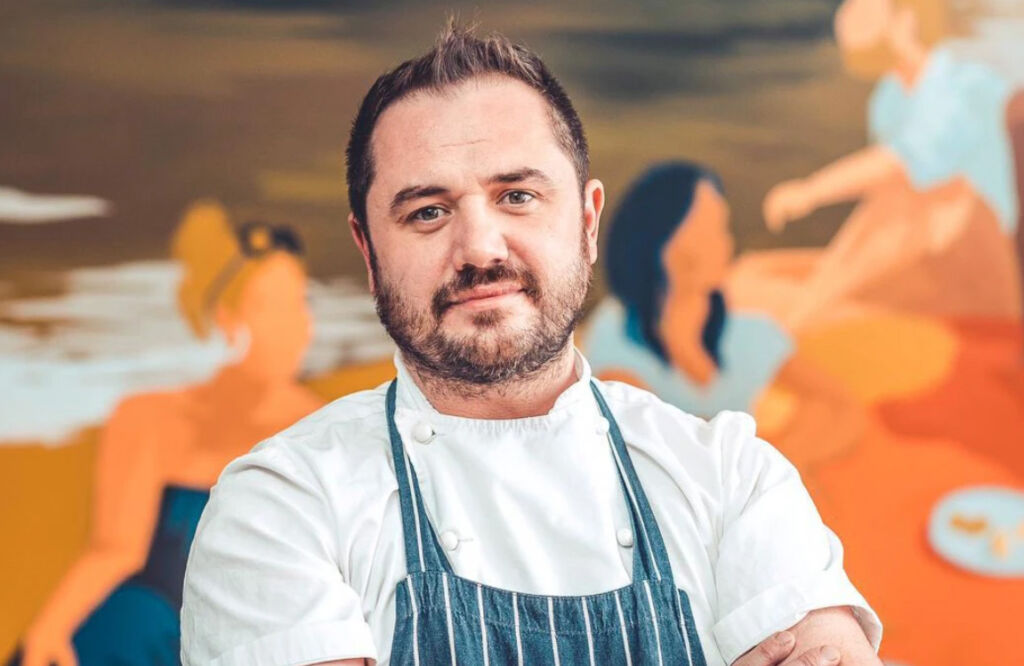 Owen’s 20 years as a food professional have included managing glittering events for A-list celebrities such as Elton John and serving up exceptional culinary feasts to families in the public eye.

Noble House has become synonymous with the best of food and drink after many years of running fine dining events, weddings and high-end catering.

So its staff are no strangers to creating great food, and it must have seemed a natural step to move into the delivery of high quality, fresh restaurant cuisine directly to the home. 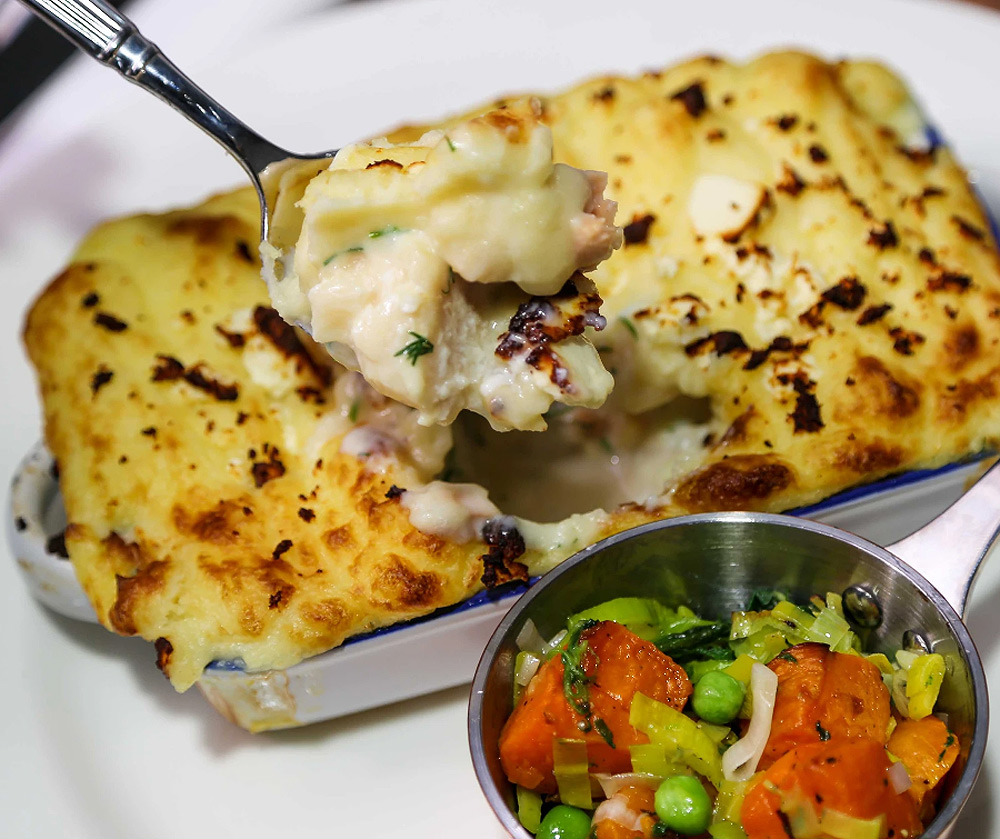 The principle behind the idea is simple – to provide customers with the finest food easily served from their own kitchen. And unlike the previous dining at home providers whose food I have enjoyed, its dishes are frozen to maximise flavour and taste and to lock in freshness.

In fact, in line with its restaurant calibre ethos, it can also complement your meal with an impressive array of quality wines from around the world and a superb selection of coffee beans and pods ethically sourced from the very best growers.

For Easter, Noble House came up with something traditionally British and totally perfect for a couple or a family – west country cushion of lamb in a rosemary, garlic, parsley and mint marinade. It sounds succulent – and it most certainly was. It tasted divine.

But our taste is for only slightly pink meat, so we had to cook it for longer than the instructions suggested, and it was also not particularly straightforward to prepare the meal in another way.

Both the lamb and the potatoes had to be cooked in the oven for fairly long periods – but at different temperatures! This made for a little juggling to try and get everything ready at the same time.

Also, while most of the items on the menu could be cooked from frozen – either in the microwave or the oven, the lamb had to be defrosted in the fridge for 24 hours before roasting. I do not make this a criticism, but simply as a further complication to the preparation of the complete meal. 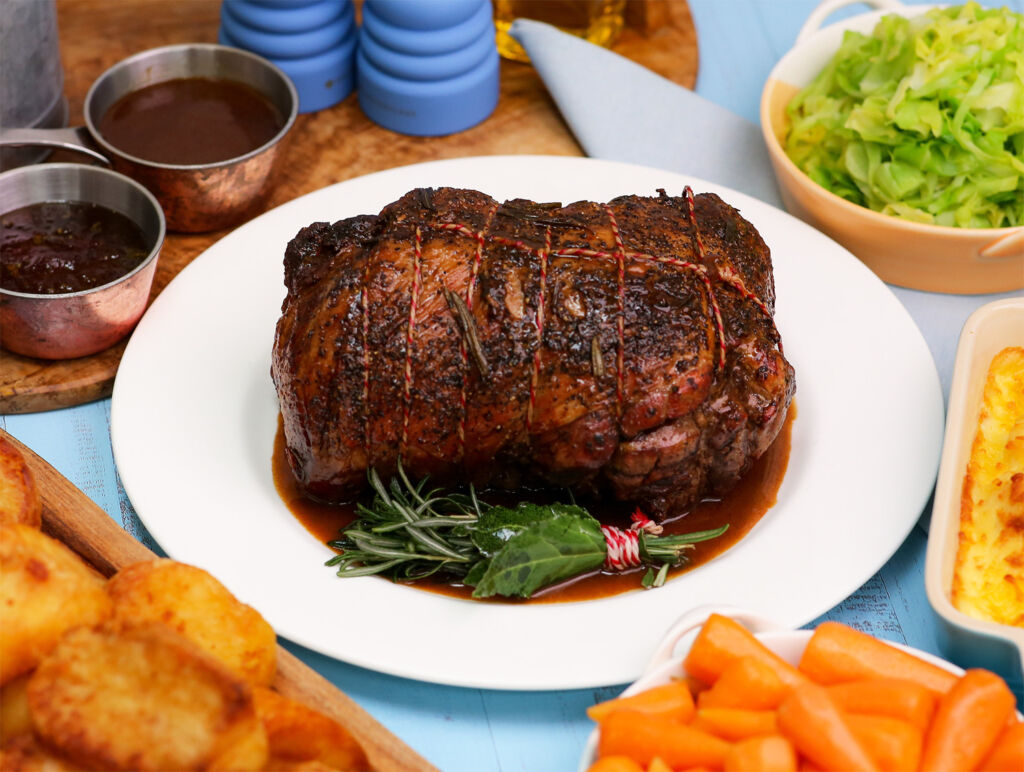 The lamb, which was succulent and delightful, was accompanied by the most delicious rich red wine and lamb gravy and served with gorgeous Hispi cabbage, the crispy outside and floury inside roast potatoes I have already mentioned, a very tasty cauliflower and spinach cheese bake and Chantenay carrots. 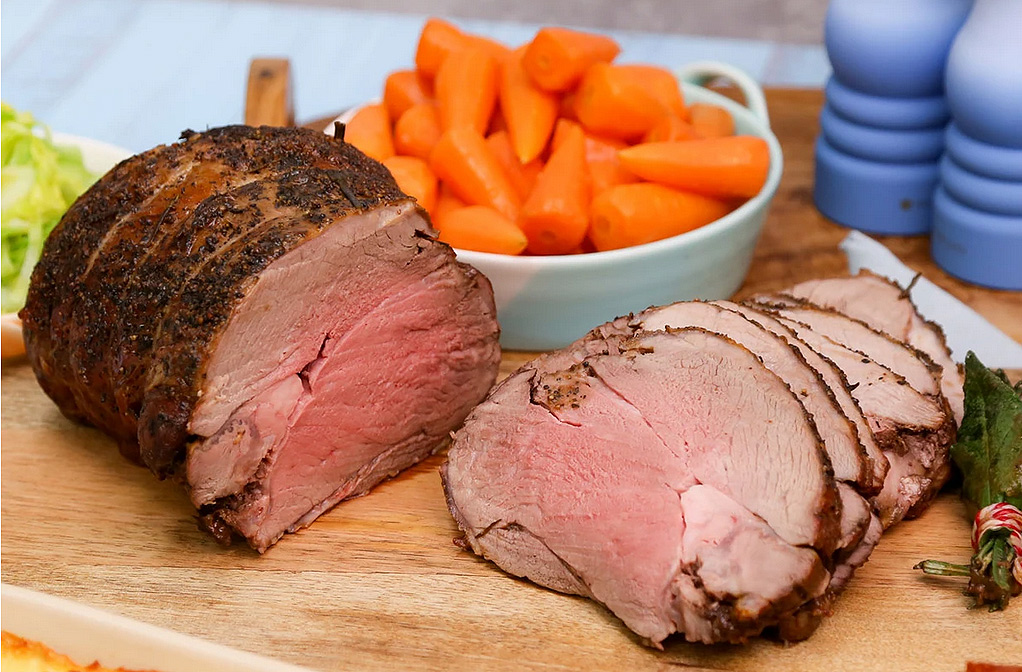 I almost had everything ready to eat at the same time too, much to my – and my wife’s – amazement, considering that the cauliflower bake and carrots had to be cooked in the oven – at the same temperature as the potatoes thank goodness, while the cabbage and the gravy had to go in a small microwave, which was not big enough for both! 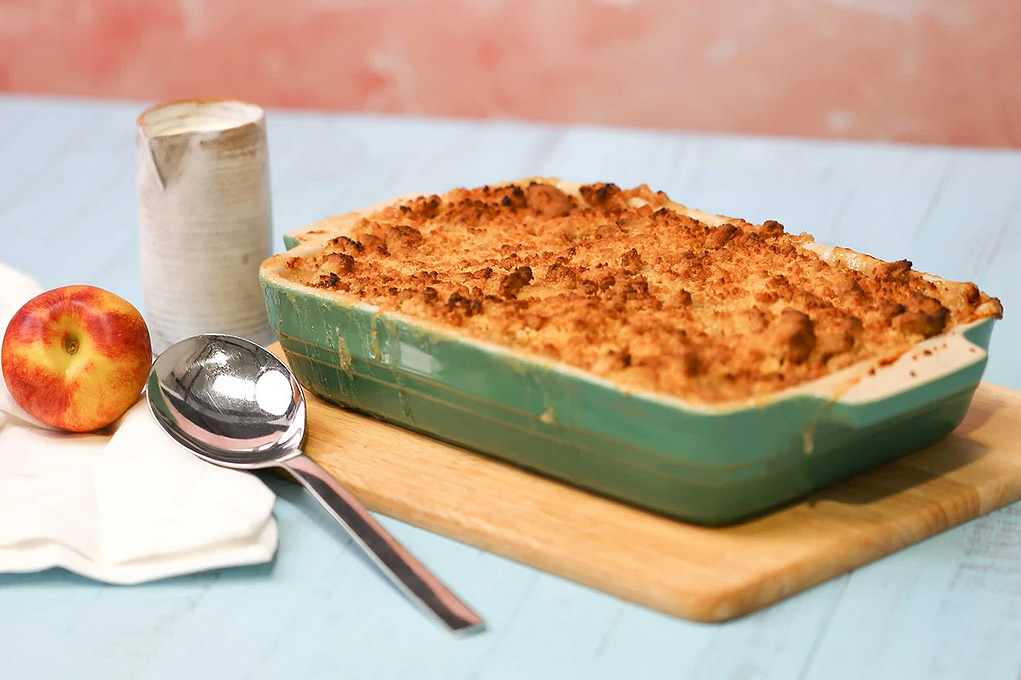 For dessert, we tried a sumptuous apple crumble and also the most delicious salted caramel and chocolate cheesecake – a perfect end to a marvellous meal.

By going down the well packaged frozen road, to coin a phrase, Noble House gives us the chance to choose the day on which to cook, whereas if the meal ingredients are fresh and chilled, they have to be consumed within two days.

There has never been so much choice to serve restaurant-quality meals at home, and that choice is yours.

Noble House Prepared – Where and how?

Delivery of Noble House meals is nationwide, excluding the Scottish Highlands, Northern Ireland and all the UK Islands. Visit www.noblehouseprepared.com for more details and current pricing.

The review of Noble House Prepared was performed and written by Peter Hayward.