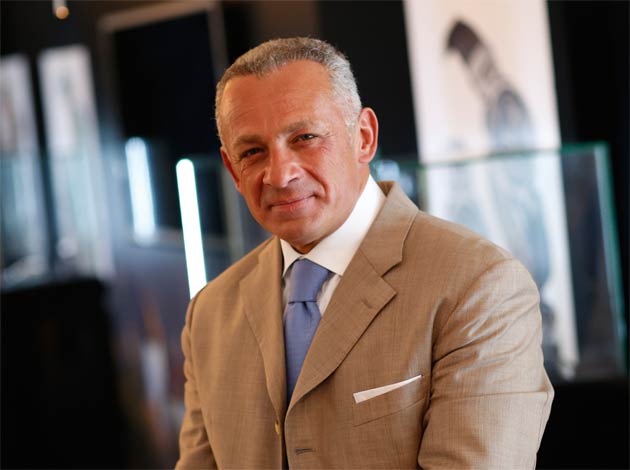 Pascal Raffy, the lawyer turned watchmaker drops into town to meet watch lovers and collectors of his brand Bovet and manages to charm them all in the process.

Ong Chin Huat has lunch with the Renaissance Man and discovers the qualities which mark the most outstanding watch in Bovet’s collection.

Charming with a magnetic presence, Pascal Raffy discovered the fascinating world of Haute Horlogerie during his childhood when Sundays were spent with his grandfather a watch connoisseur who used to show him the timepieces from his collection. He would review the specific features of each, along with their history or their influence on the technical or artistic evolution of fine watchmaking. That was enough to ignite an ongoing passion for Haute Horlogerie and even more importantly instil the human values and awareness of authentic luxury thus passed on to Pascal Raffy. These qualities now represent the pillars upon which the House of BOVET has built its success. The Raffy‘s, originally hailing from the French Ardennes region and a family line originally named Raffin until the 17th century, settled briefly in Switzerland before Pascal Raffy – eager for independence at the age of 18 – set off for Paris where he studied law. It was during this period that he met his wife and acquired the first timepieces in his collection. 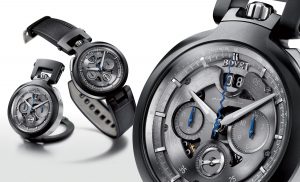 At the dawn of the 21st century, while taking a break in his career to focus on his children, Pascal Raffy he was introduced to the House of BOVET. This sleeping beauty needed an investor to awaken it and restore it to its legendary former glory. The prestigious history of the House dating back to 1822 along with its iconic timepieces, distinguished by their crown at 12 o’clock and their classic bow, immediately appealed to Pascal Raffy, who soon became the unique owner of BOVET in 2001.

At the time, he already had a precise long-term plan of the destiny he envisioned for the company. Perpetuating the peerless expertise of the in-house artisans, achieving vertical integration and the return of movements made entirely in-house were the main springboards to success that Pascal Raffy wished to instate at BOVET 1822.

2006 was a year brimming with positive developments for BOVET 1822 and Pascal Raffy. Within a fewmonths, he successively added DIMIER 1738 Manufacture de Cadrans, DIMIER 1783 Manufacture de Haute Horlogerie, as well as the Château de Môtiers to the Bovet House. These acquisitions ensured the complete independence of the house and positioned it to raise its quality standards even further. Ever since, collectors, specialists and keen observers of the watch industry have annually saluted the technical advancements introduced by Bovet, while remaining in complete harmony with the tradition of watchmaking arts that have made the House so successful for almost two centuries.

Alongside his rigorously organized and methodical nature, Pascal Raffy is a highly intuitive individual and this intuition undeniably guides him to the right choices – a fact that has led him to be widely considered a modern day visionary. He is the kind of man whose innate charisma immediately wins over an entire audience. Remarkably gifted speaker, he expresses himself with equal ease through each of the five languages in which he is fluent. Whether he is addressing one person or a large auditorium, everyone has a sense of receiving an individual message. While Pascal Raffy is undoubtedly a man skilled with words, he is also and above all else a man of his word. Endowed with the ability to get the best out of everyone and every situation, he manages to orchestrate the cohabitation of numerous paradoxes within an astonishing harmonious whole.

Thus, just as state-of-the-art technologies rub shoulders with time-honoured artisan-style gestures in the Manufactures DIMIER, Pascal Raffy guides the house by using modern management techniques along with the kind of paternalistic approach typical of the great 20th century leaders. His tremendous energy, paired with a long-term strategy and vision, have enabled Pascal Raffy to raise the House of BOVET to the pinnacle of the watchmaking arts.
Contemporary horology notably owes him the introduction of the Amadeo® system enabling the conversion of a timepiece into a table clock, a pocket watch or a reversible wristwatch – and to do so without any tools. This combination of roles is all the more legitimate for one of the most prestigious tourbillon movement manufacturers, given that the tourbillon was invented in the age of pocket watches to counter the effects of gravity when timepieces are in a vertical position. With Pascal Raffy at the helm, the innovative future of the House of Bovet and all its parts is firmly grounded on a coherent attitude together with full respect for its prestigious and legendary history. 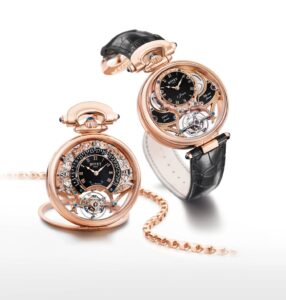 The first stage in the process of developing a BOVET timepiece is to define its functions and aesthetic qualities. Straight away the timepiece is conceived as an entity by a body of watchmakers, designers and different watchmakers specialist (case-makers, dial-makers). Much more than the sum of their parts, BOVET 1822 timepieces are developed as a seamless and coherent whole, both technically and aesthetically.

The first validation of a new project focuses on the functions of the movement, the visual impact of exterior parts, and how and where the different indications will be displayed. The designers will seek the solutions and the blueprint required once a drawing has integrated all preferred functions according to a chosen aesthetic composition. It is a process which, from the very outset, places creativity on a par with technical considerations. The specification given by Pascal Raffy to his teams for the development of this new grand complication referred to a tourbillon movement associated with a perpetual calendar, with one of the main conditions being the unimpeded view and transparency of the tourbillon cage. Moreover legibility, often the Achilles’ heel of perpetual calendars, needed to be optimal. 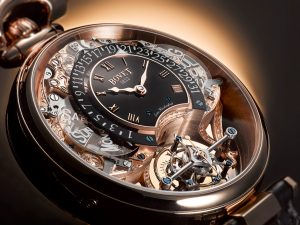 Once the main outlines of the timepiece were determined, the choice of a retrograde perpetual calendar inclined naturally towards one which would allow the tourbillon cage to remain visible at all times. The design of Manufacture DIMIER 1738 then found an effective solution to the problem of legibility. Traditionally, calendar information is positioned centrally on the dial, leaving hours and minutes to be displayed on the perimeter. The choice made by Pascal Raffy consisted quite simply in doing the opposite. Hours and minutes are therefore displayed on a central dial. Since the human eye is accustomed intuitively to interpreting this type of analogue display, reading the hours and minutes poses no problem despite the reduction in size.

This left the periphery of the dial free to accommodate the day and month indicators. Their exceptional size and diametrically opposed position allowed for the use of larger inscriptions. To further enhance legibility, the names of the days and months were printed in white or black (depending on the colour
of the dial) on sapphire discs. This transparency allows the subtleties of the mechanism to be admired without taking up excessive space. In place of plain apertures, black or white plates now distinctly reveal the name of the current day and month.

The calendar display, placed outside the hours and minutes dial, was positioned concentrically to the latter. Its specific dial covers an arc of 240°, leaving visible the location of the tourbillon cage.