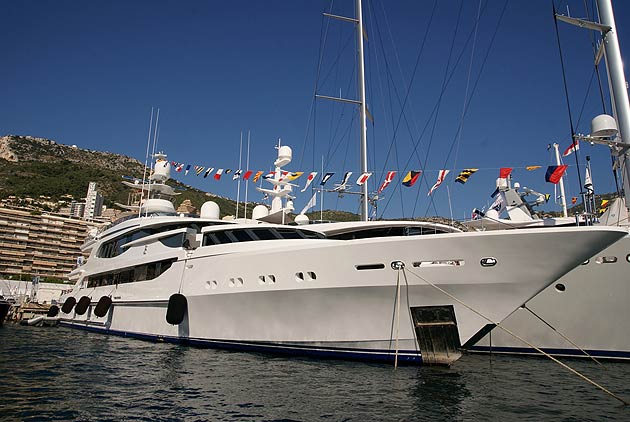 Peering out at the Mediterranean Sea the evening before this year’s Monaco Yacht Show, we were presented with an arresting sight. Scattered across the ocean, a seemingly endless array of some of the world’s most beautiful luxury vessels sat in waiting for the following day’s grand opening.

At first glance it may have resembled something from a World War II movie, but this was no display of military might; rather of sheer financial muscle. Indeed, as we walked around Monaco’s Port Hercule the following day, taking in the palpable atmosphere of positivity, it was hard to believe that this is industry that has endured a tumultuous few years. But if the air of optimism was not evidence enough, the numbers betray the indisputable truth. Revenues of £460 million, up 4% on last year, has rejuvenated a sector that was once presumed to be recession proof, but was hit like a sledgehammer by the global economic downturn. The resurgence is being driven primarily by increased demand  amongst developing nations – most notably Russia and the Middle East – and speaking to some of the biggest players in the industry at the show, it was clear that there is little sign of a slowdown.

Mauricio Weiszberger of US-based yacht builders Palmer Johnson believes that one of the main trends in evidence this year is clients wanting to create something a little out of the ordinary. “I think there’s been a real take-off again. For the big sizes from 50 metres onwards, the clients are still interested. We’re offering a new line and people are increasingly looking for different things nowadays.”

Victor Caminada, Marketing Director of Dutch shipyard Amels, also spoke in positive terms during the show, which featured one of the stand-out launches of 2013, the 60-metre motoryacht ‘Event’. “Monaco Yacht Show is always the peak of shows,” he said. “This year we had ‘Event’ making her world premiere, and that really was a very positive showcase for us. We’ve been busy non-stop, a lot of appointments every hour and a lot of positive feedback.”

Another active shipyard this year is Hampshire-based naval architects Dubois, whose work-load includes the construction of a giant 101-metre sloop boasting a 125-metre mast that will be taller than the Statue of Liberty. In addition to the plethora of lavish vessels on display, the Monaco Yacht Show is also an opportunity for many of the world’s biggest luxury brands to align themselves with the ultra-elite world of superyachts. For the watch world in particular, it is a special occasion and every other year the principality plays host to Only Watch, a prestigious charity auction that raises money for research into Duchenne Muscular Dystrophy. For the auction, many of the world’s best known watch brands create one-off timepieces, with all proceeds going to the charity. With His Serene Highness Prince Albert II of Monaco as its main ambassador, the event gains a vast amount of global attention. Taking place at Monaco’s beautiful Hotel Hermitage, this year’s instalment was its most successful ever, yielding a hugely impressive €5 million. It was fitting that at a time when the superyacht industry is proving that extravagant displays of wealth are still alive and well, the world of luxury also showed that helping others less fortunate is also as important as ever.