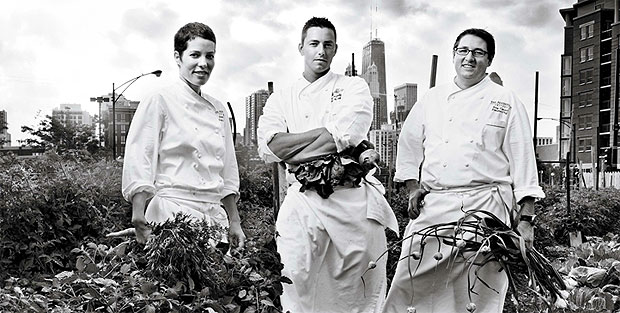 Have you ever been tempted by hot dogs and pretzels on a New York street corner or dim sum on the bustling streets of Hong Kong? Perhaps the thought of buying “street food” held you back? The Peninsula Hotels puts a new spin on some old street food favorites with the addition of “Snacks & The City.” Now Peninsula guests can savour similar local street foods creatively interpreted by The Peninsula Hotels’ chefs and available on each hotel’s 24-hour à la carte in-room menu.

The Peninsula Hotels’ “Snacks & The City” menu offers tempting bites of local, foreign flavour that one finds while exploring the city. The menus make it easy to try favourite local snack foods prepared in pristine conditions by the hotels’ chefs and served in the comfort of a guest’s hotel room.
“In the network of streets in these major cities, street vendors selling local urban eats is a common theme,” commented Peter C. Borer, Chief Operating Officer, The Peninsula Hotels. “The hawker stalls and food pushcarts are characteristic figures all over Asia and America, offering home-made, traditional specialities. Our chefs have taken those traditions and added a Peninsula touch, while keeping in line the traditional flavours and foods that each city is known for.”

“Snacks & The City” Menu at The Peninsula Hong Kong:
Hong Kong residents live to eat – and most conversations involve food. A browse through the town during mealtime shows dai pai dong, or street stalls, packed with people waiting to savour local dishes. The Peninsula Hong Kong’s Executive Chef Florian Trento and his team have prepared a range of popular items, such as:

“Snacks & The City” Menu at The Peninsula Shanghai
Wu Jiang Road, once world-famous for a wide array of authentic snacks, was a must-see place for visitors both local and overseas. Wu Jiang “Snack Street” has now become part of the city’s history but The Peninsula Shanghai brings it to lif, and guests can sample the most authentic flavours with home-made tea eggs, Shanghai dumplings and Yangzhou-style fried rice with fresh shrimps in the comfort of their room, all prepared by Executive Chef Terrence Crandall and his team.

“Snacks & The City” Menu at The Peninsula Tokyo
Fresh fish from Tsukji’s fish market, Japanese beef on steaming white rice and healthy buckwheat noodles can be enjoyed from in-room dining tables with views of the Imperial Palace Gardens, Hibiya Park or Tokyo’s skyline. The ideal way to sample the best of Japanese comfort foods. “Snacks & The City” created by Japanese Chef de Cuisine, Teruyuki Kojima include:

“Snacks & The City” Menu at The Peninsula Beverly Hills:
In the entertainment capital of the world, The Peninsula Beverly Hills creates its own take on street food with unique nibbles for the fashionably hip. Guests will find themselves enjoying these menu items from Executive Chef James Overbaugh in the comfort of their room while enjoying a movie or while preparing for a walk down the red carpet. Hollywood’s streets inspire the following menu items:

Snacks & The City Menu at The Peninsula Bangkok:
Thai cuisine is both delicate and explosive. Its rod ken or food carts serve a variety of street fare and are packed with locals, who direct just how much chili and lime juice they may want in their dish. It is a classic experience enjoyed by both locals and visitors alike. At The Peninsula Bangkok, guests have the chance to savour the following dishes from Chamnan Thepchana, Thiptara Chef de Cuisine:

Snacks & The City Menu at The Peninsula Manila:
Turo-turo is a slang expression for eateries or food stalls found in public markets or street corners in Manila, where customers point to the dish they want to order. Trying turo-turo is a quick and easy way to taste your way through a wonderful variety of dishes. For a quick treat at The Peninsula Manila, Executive Chef Patrick Boucher suggests the following snacks: