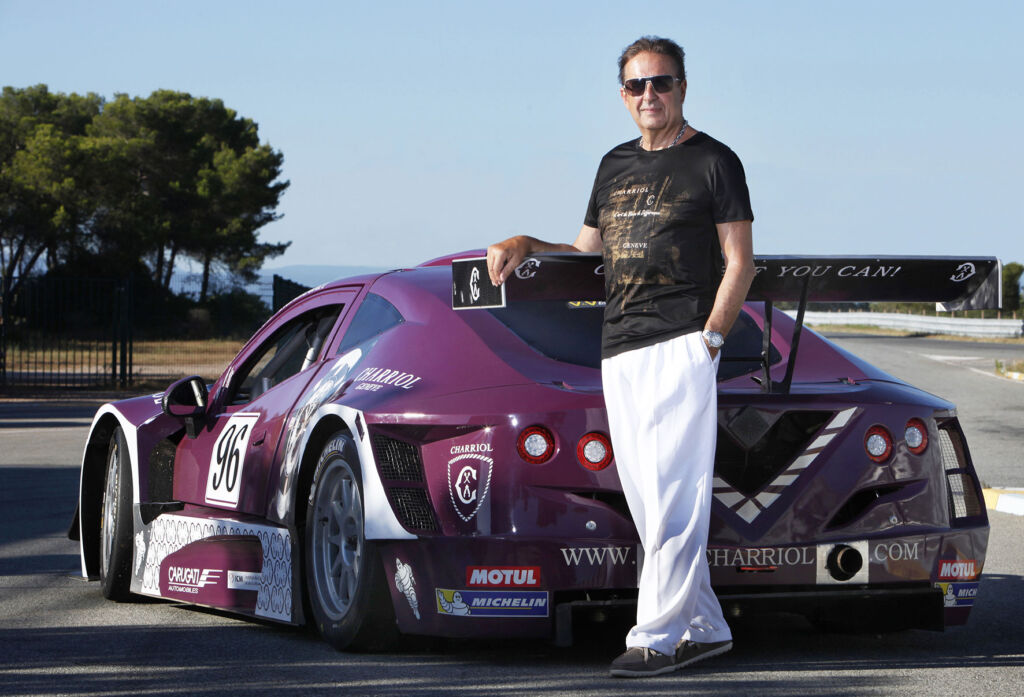 Philippe Charriol (1942-2019), the founder of the eponymous Swiss luxury goods brand, CHARRIOL, has tragically died on whilst piloting his race car on the Circuit Paul Ricard, home of the 2018 French Grand Prix Formula 1.

A man of many passions – both professional and personal – Philippe Charriol cultivated “l’Art de Vivre la Différence” at all times, pursuing his business and his passions at full speed, to the end.

Forever a trailblazer, determined and charismatic, Philippe Charriol broke out on his own in 1983, founding Charriol as a multi-product brand making Swiss watches, jewellery, accessories, fragrance, optical, eventually ready-to-wear, and even fine Bordeaux wine.

He headquartered the Swiss watchmaking manufacturer in Geneva, but the Marseilles-born entrepreneur created and developed innovative distribution concepts that offered his brand an exceptional, dense and identity-based international network.

In the 1980s, when the nexus of Swiss watchmakers was the Place Vendôme in Paris, Philippe Charriol instead focused his efforts on the “Far East”, laying the foundations for what would grow into a luxury goods empire across the Middle East, Europe and the Americas.

As a result, the Charriol brand from its inception has been both a genuine Swiss watchmaker, and a truly international brand, genuinely rooted in Asia from day one, as opposed to migrating to Asia in the early 2000s like so many European brands later did.

This culminated in Charriol’s 2011 event inside the Forbidden City for 500 celebrities and dignitaries from around the world – one of only 3 luxury groups ever allowed to celebrate their brand inside this historic enclosure.

Prior to founding his own brand, Philippe Charriol was a leader inside the Maison of Cartier for 15 years, holding various positions including General Manager, and then as Brand President for the Asian market, based in Hong Kong. But his entrepreneurial spirit, bold and fresh vision, and extraordinary sense of independence led him to seek his fortune outside of the safety and comfort of this perch atop the established jewellery brand.

Upon leaving Cartier, it took seven years of bootstrapping before he opened the first stand-alone Charriol boutique in Hong Kong in 1990, but there the pace accelerated throughout the 1990s as he opened strategic locations from Singapore, to Hong Kong Prince’s Building and Times Square, new outlets in Bangkok, Tokyo, Doha and Riyadh followed by Geneva, Beijing, Shanghai, Dubai, Mumbai, Las Vegas and many more.

Philippe Charriol also pioneered online sales, being the first Swiss watch and jewellery brand to emphasize its own e-commerce platform starting in 2008.

It’s thirty years since he founded the marque and he has left behind a legacy including of a Swiss watch manufacturer headquartered in Geneva and a flourishing jewellery, accessories and multi-product brand which is now present on every continent.

Philippe Charriol’s business and personal lives were intertwined, and he operated at full speed every day, even up to his final day. He pursued his entrepreneurial dreams as well as his personal passions at an almost professional level for the past 25 years. He was a true epicurean, fascinated by more refined pursuits including architecture, culture, and arts – the latter being of particular interest to him, as he created the Philippe Charriol Art Foundation in Hong Kong which for more than 20 years gave annual awards to young artists to pursue their education in the arts. 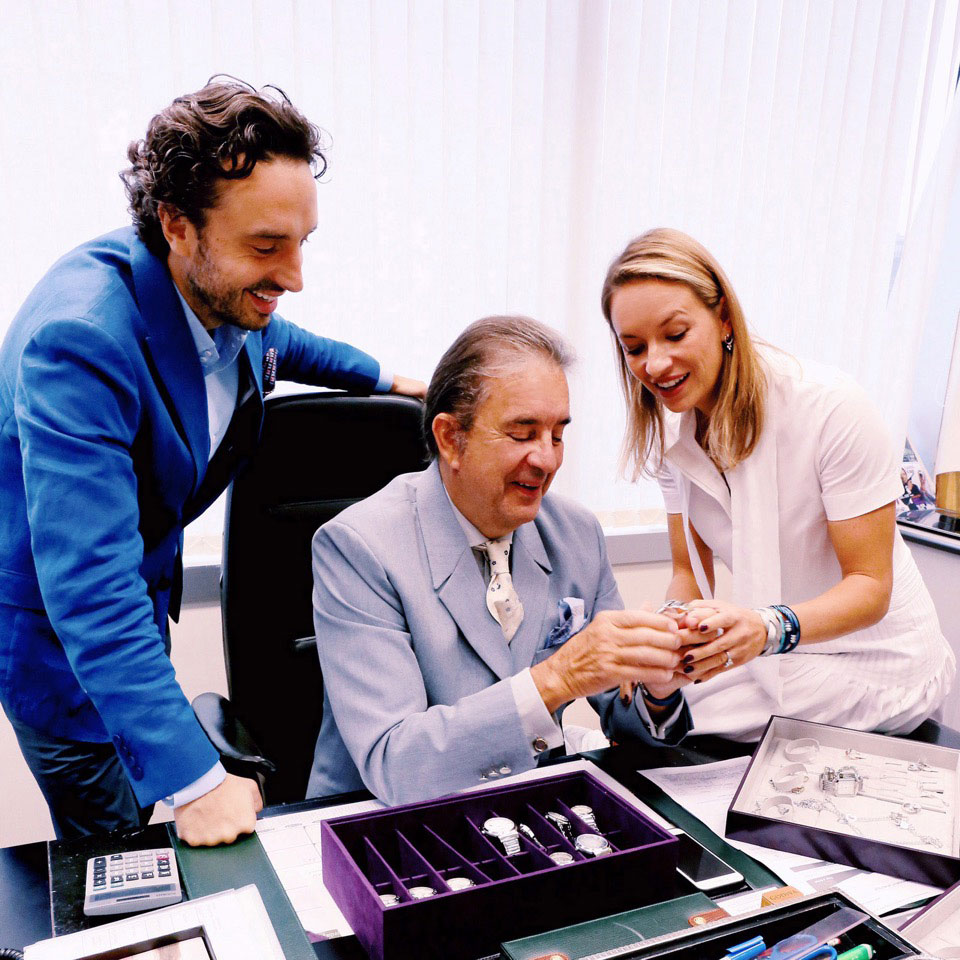 Philippe Charriol, with his incredible lust for life and audacious spirit, embodied “l’Art de Vivre la difference” – a fitting signature for an exuberant founder. His many accomplishments and the success of his brand are a testament to the destiny that can be achieved by following one’s heart.

He is survived by his children, Coralie (Creative Director), Alexandre (Visual Director), and Laetitia, and his spouse Marie-Olga Charriol (PR Director), who supports the Charriol management team. 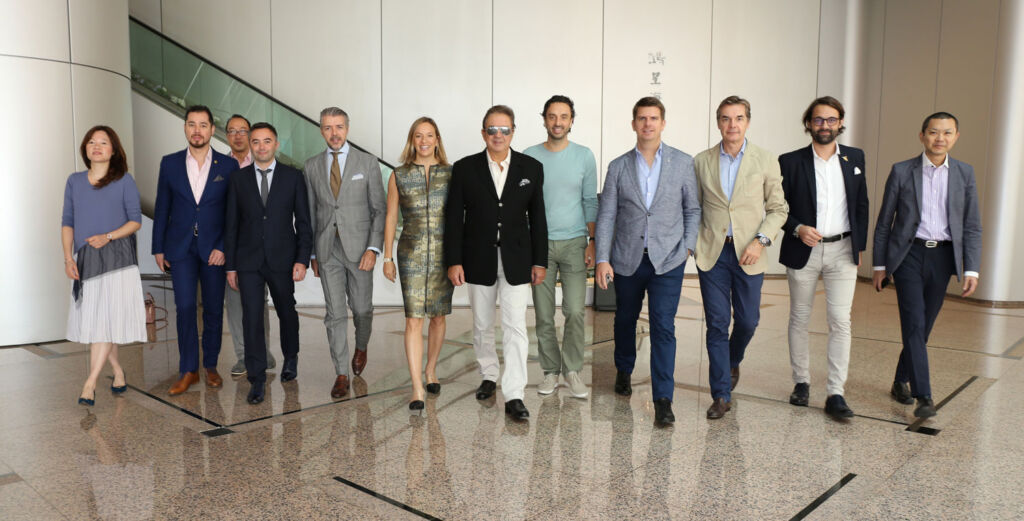