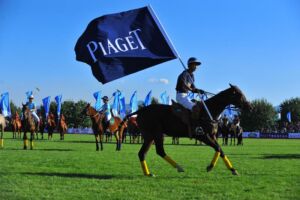 Piaget is proud to become the official timekeeper at Second Beijing International Polo Open Tournament to be held on 23 September 2010, at the Beijing Sunny Times Polo Club. As the largest and most authoritative government-hosted International polo match in China, the BJPM is hailed as the index of the sport’s progress and development in China.

Aside from being the official timekeeper of this year’s match, Piaget will also be the sponsor of the Chinese team as it competes for the gold against visiting teams from Australia, Chile and New Zealand.

Piaget and POLO a timeless destiny
PIAGET’s long-standing history with the sport of polo dates back to the early 80’s, when its fourth generation heir, Mr. Yves G. Piaget, fell in love with the sport and hence committed the brand to its development and promotion. Supporting the Palm Beach matches from the onset, Piaget also later supported the World Cup as well as the renowned USPA Gold Cup, which is today named after it.
A landmark achievement came when PIAGET’s polo ambassador– Argentina polo superstar Marcos Heguy, led the PIAGET polo team to a sensational victory at the English Opens. 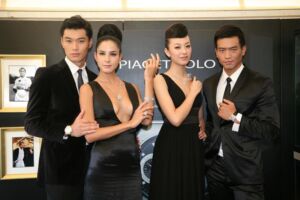 In Support of the sport of Polo in China
The equestrian game of polo was originally “invented” in China in the Han Dynasty, and flourished in the Tang and Sung dynasties. It later “immigrated” to India, where it was adopted and brought back to England to become a favorite pastime of the British, and since, the entire world. In 2004, with the support of the Beijing Athletics Bureau along with the Yan-Qing County government, the game of polo was again revived. In celebration of The Second Annual Beijing International Polo Match, PIAGET not only extends its love and support to the home team, but also takes the opportunity to present a gift of its Polo FortyFive watch, from Piaget President Asia Pacific Administration CEO Mr. Dimitri Gouten, to Mr. Yang Xia, the Executive Director of Polo Committee of Chinese Equestrian Association, as a token of honor and recognition for his contribution towards the promotion and development of the sport in China.