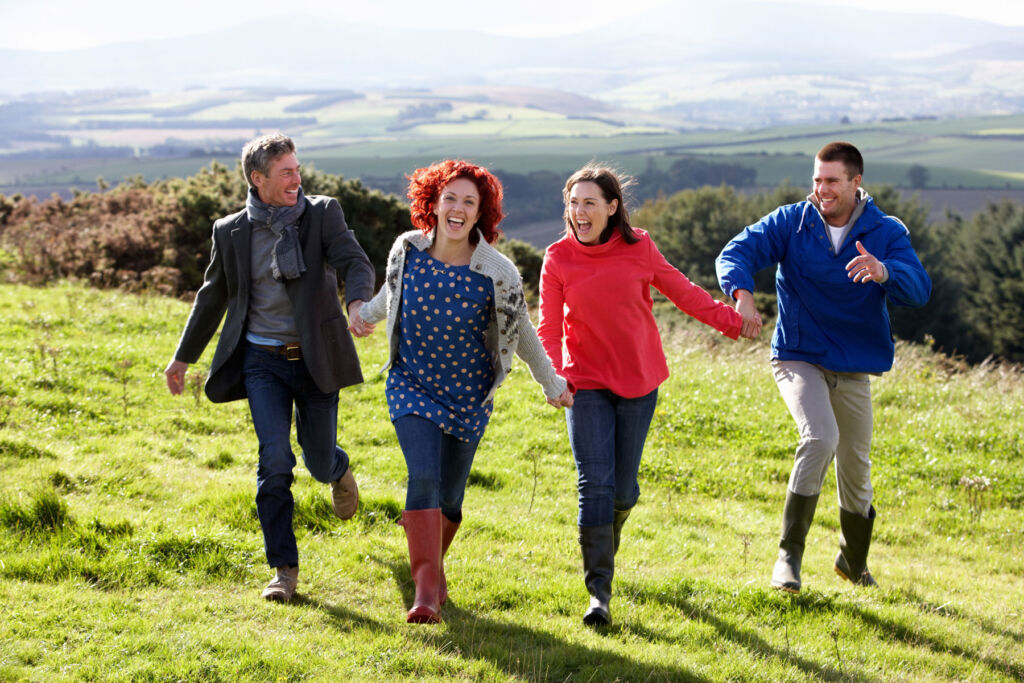 Heading outdoors into the fresh air is something we advocate frequently. Usually, we discuss hiking, but there are other ways to enjoy autumnal nature and find inspiration, such as filling your mind with history and incredible natural beauty by following the ancient pilgrim routes in Ireland or Wales.

The Celtic Routes are rich in spirituality and Celtic faith, and their geographies are crisscrossed with hundreds of ancient pilgrimage routes that have defined millennia. From the charming story of friendship and faith between St David and St Aidan and their links to Pembrokeshire and Wexford to the centuries-old Cistercian monk routes through Carmarthenshire and the wonder of St Kevin’s Way in the idyllic Wicklow Mountains, discover the ancient pilgrim routes scattered across some of Wales and Ireland’s most beautiful landscapes. 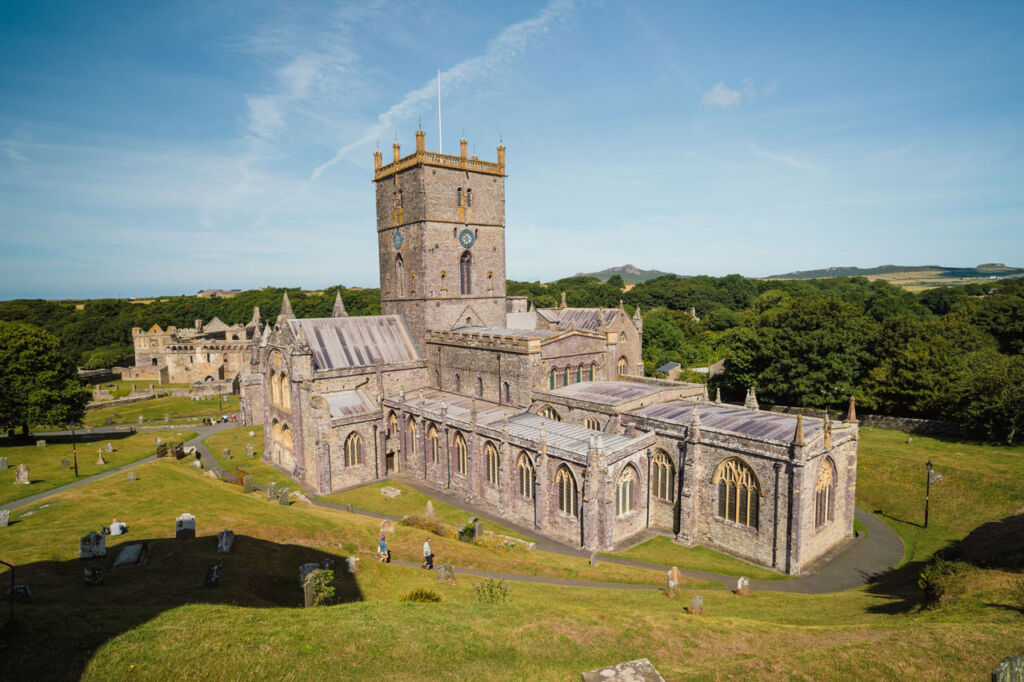 In medieval times, the Christian pilgrimage route to St David’s was as important a destination as the Camino in Spain. This 60-mile route from Pembroke Dock to St David’s Cathedral follows the routes taken by the saints who brought Christianity to these parts of the world in the 4th and 5th centuries. 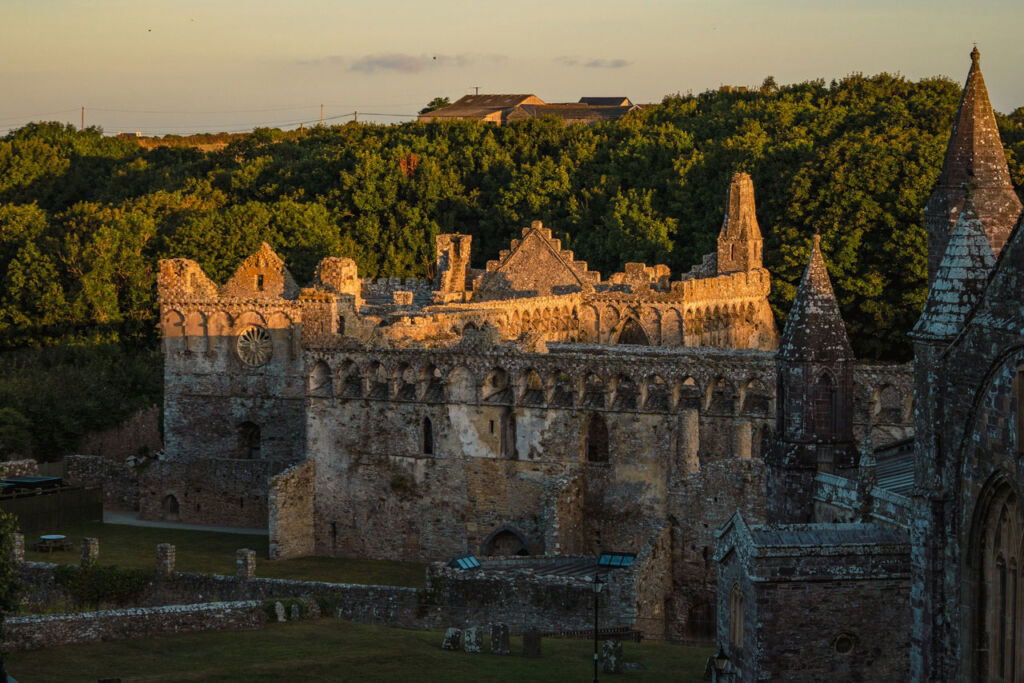 Experience the beauty of the Welsh coastline and the Irish sea, from Marloes and Gelliswick Bay to the awe-inspiring heritage of St Non’s Chapel and the small historic city of St David’s. You may even see Pembrokeshire’s famous Atlantic grey seals on your travels. You can experience this route alone or via guided Pilgrimage with organisations like Journeying, a Christian pilgrimage events community.

Cistercian Way, Carmarthenshire
The Cistercian Way is a 650-mile immersive route running throughout Wales, covering approximately 19 miles of Carmarthenshire from Carmarthen to St Clears. Explore the great abbeys of the Cistercian order, the churches of the Welsh hills, amazing geology and picturesque landscapes, and the industrial heritage of the nineteenth and twentieth centuries. 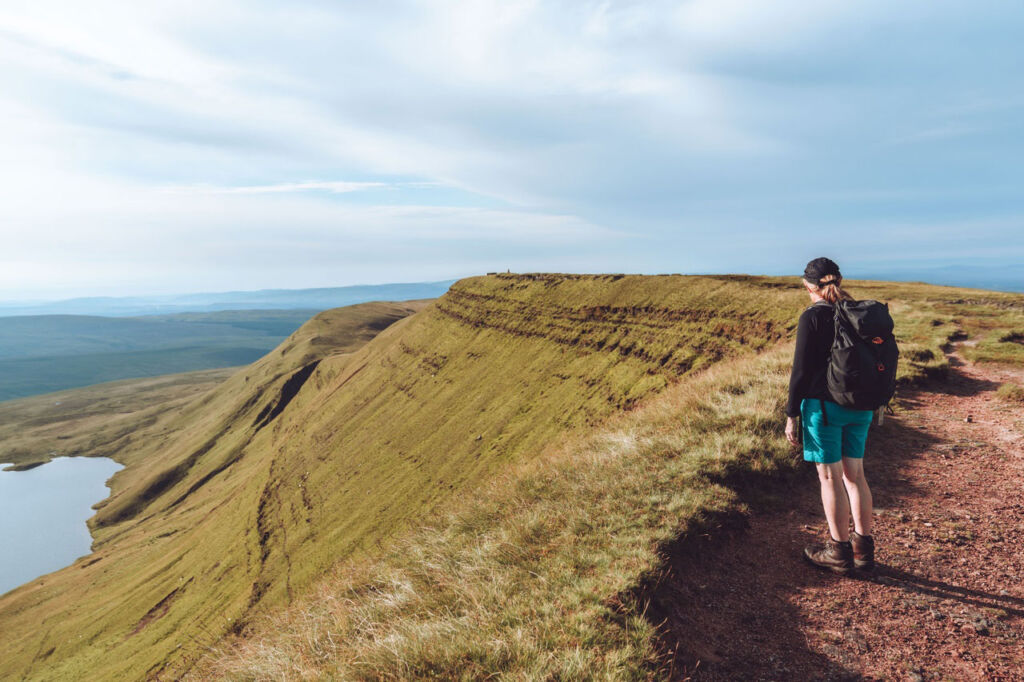 Meandering through the Carmarthenshire hills and past geological and historical landmarks like the commanding Black Mountains and Llyn Y Fan Fach, St Teilo’s at Llandeilo and the stunning Carmarthenshire Coast Path, the Carmarthenshire stretch of the Cistercian Way is a rugged and rural escape into the spiritual Celtic heart of Wales. 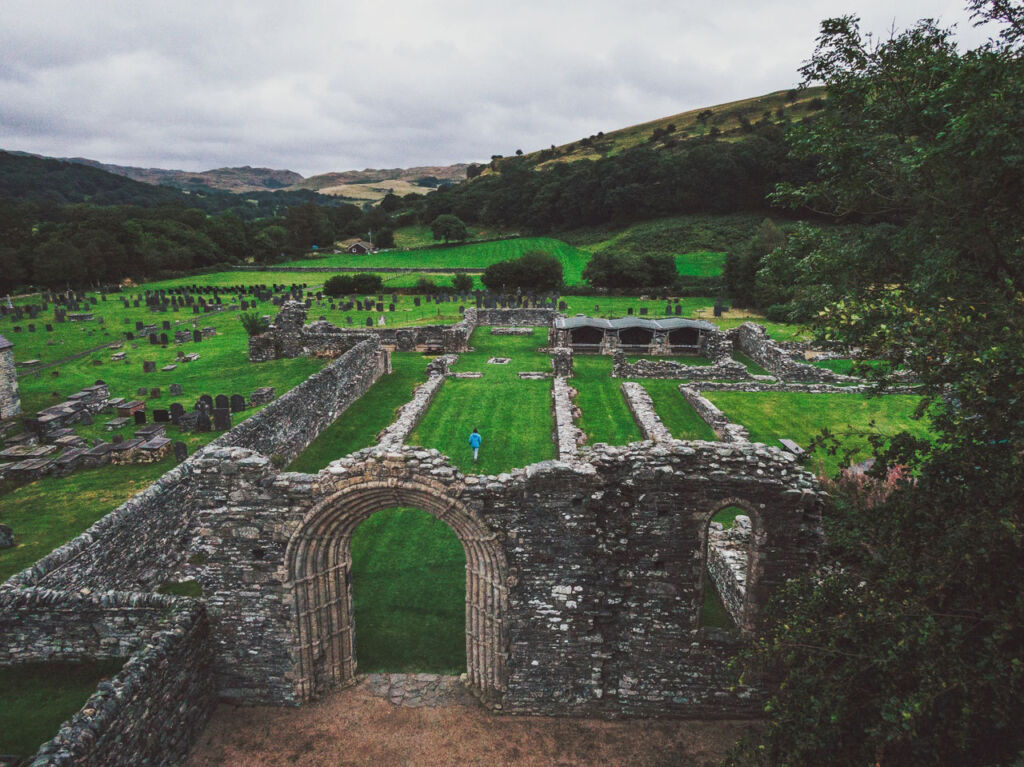 The abbey of Strata Florida, Latin for ‘Vale of Flowers’ or ‘Ystrad Fflur’, has stood near the banks of the river Teifi since it was consecrated in 1201. Established by Cistercian monks, it’s one of the most famous ruined churches in Wales and has been a keystone of Welsh culture as this is where the ancient tales of Wales were recorded and copied by the monks.

Lands gifted to the abbey by Welsh princes stretched across almost 400 square kilometres of central Wales from the Cardigan Bay coast to the remote Cambrian Mountains lakes that are the source of the river Teifi. Guided Pilgrimage offers a selection of guided walks along the Teifi and Aeron valleys towards Strata, Florida, which truly immerse explorers in the heritage and nature of this ancient landscape. 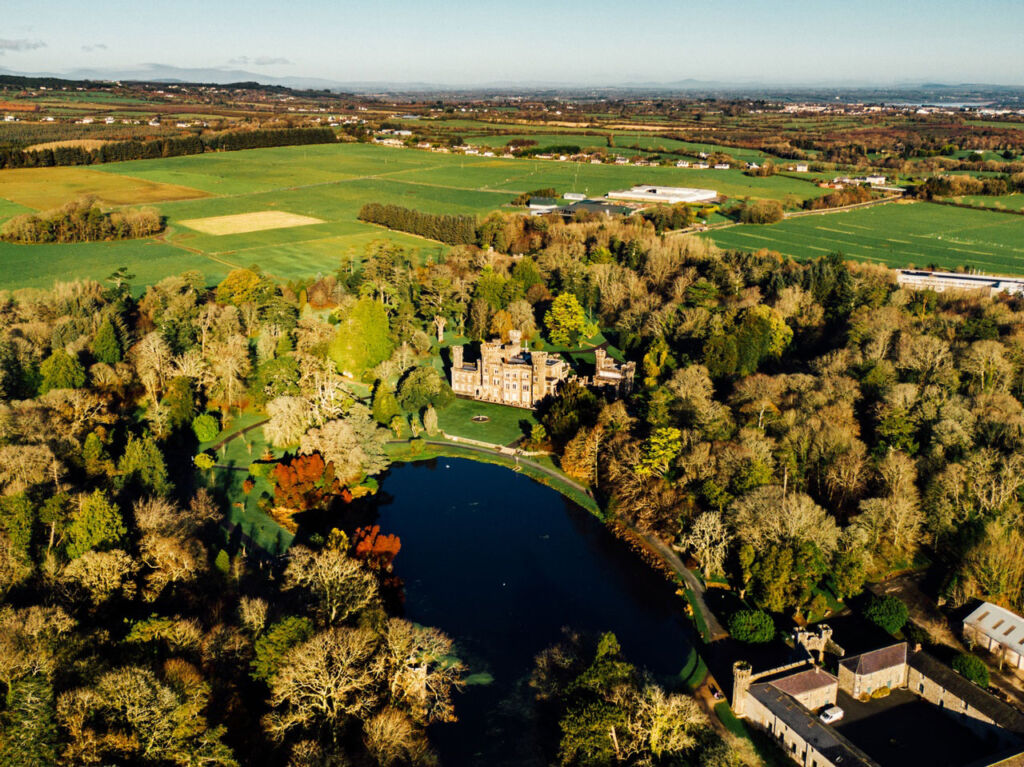 St Aidan’s Way is the Irish leg of the Wexford-Pembrokeshire Pilgrim Way, an ancient route outlining the friendship between St David and St Aidan. When Aidan visited Wales as a student of St David, he looked after the beehives at St David’s monastery. Legend suggests that when St Aidan tried to return to Ireland, the bees tried to follow him. St David realised that the bees and St Aidan had created a special bond and let the bees leave with him.

Telling the story of St Aidan and the bee’s journey back through Ireland’s Ancient East is a pilgrimage route attracting thousands of explorers every year. It takes you through the heart of Wexford and classic landmarks such as Our Lady’s Island, Johnstown Castle, St David’s Holy Well, and ending at Fern’s Castle. 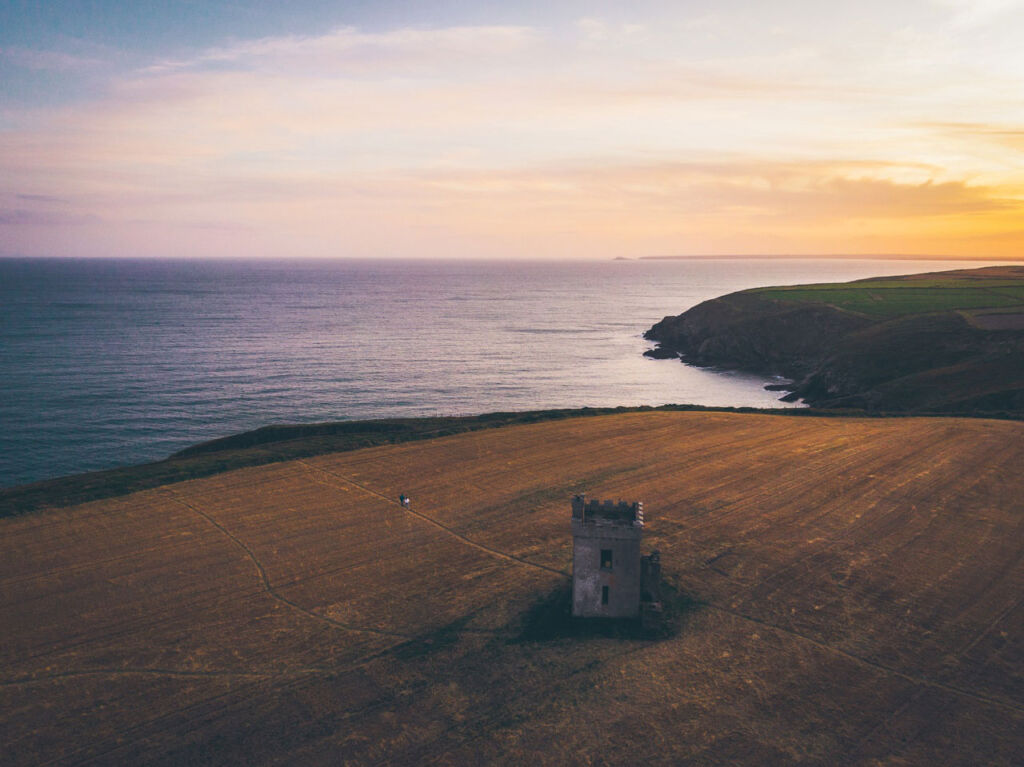 St Declan’s Way is a pilgrim walking route linking Cashel in County Tipperary and Ardmore in County Waterford. It follows the route that Declan took when going to Cashel to meet Saint Patrick in the fifth century.

Take the rugged and untouched 4km cliff walk that starts and ends in the village of Ardmore, and witness St Declan’s Well, where pilgrims have paid tribute for hundreds of years every 24th July, the saint’s feast day, set against the breath-taking backdrop of the Irish Sea. Waterford Camino offers immersive walks along St Declan’s Way, offering visitors insight into the beauty, history and heritage they pass along this signature trail. 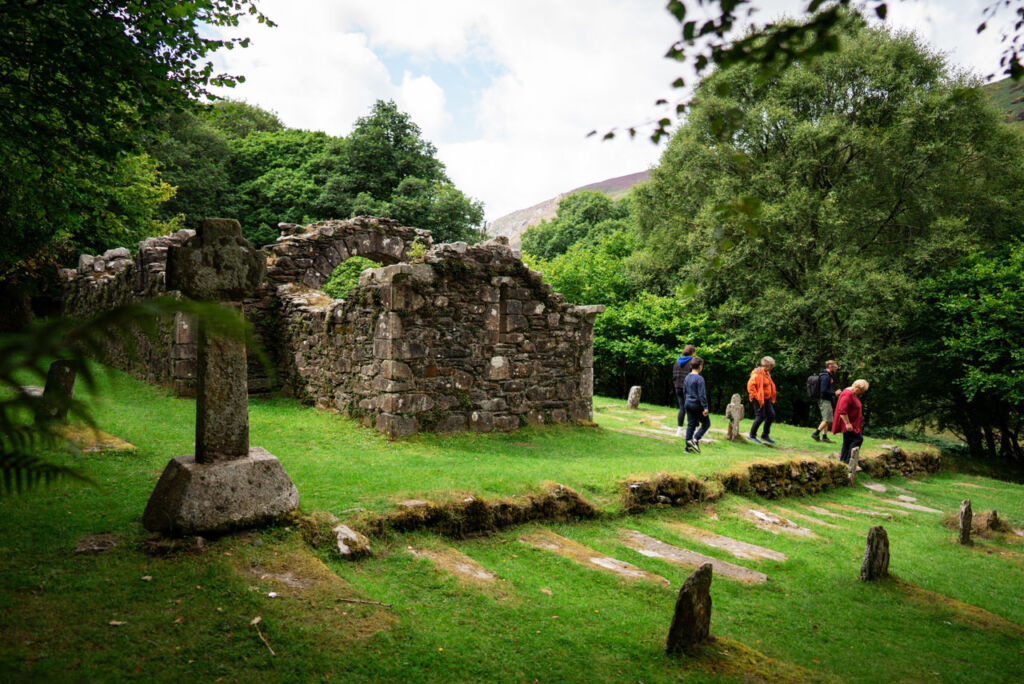 The unfiltered beauty and heavenly tranquillity of Glendalough in County Wicklow are what attract almost three-quarters of a million visitors each year. It also brought St Kevin here in the 6th century to spend seven years in isolation before founding his monastery. 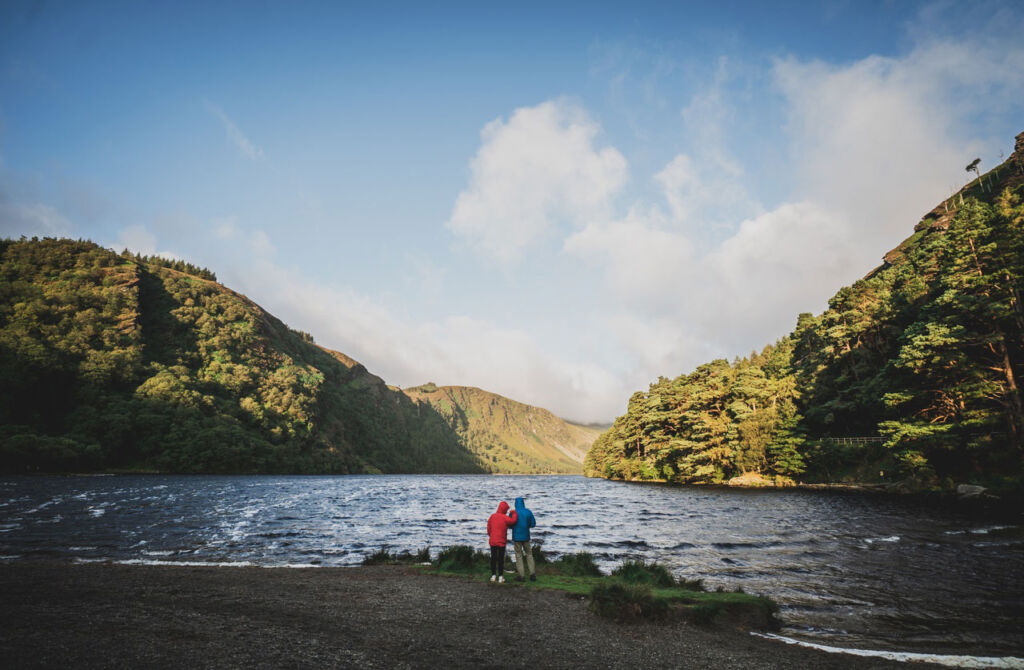 The 30 km pilgrim path that is St Kevin’s Way goes from Hollywood in west Wicklow, up over the Wicklow Gap and down to the unspoilt lakes and valleys of Glendalough. Pilgrims have travelled to Glendalough in search of healing after the death of St Kevin led to the monastery becoming a place to celebrate his life and dedication to Christianity. The Pilgrimage originally became well known as an alternative to travelling to Rome, but nowadays, it is regarded as an alternative to the well-known Camino de Santiago.

For more information about Celtic Routes and the different locations across West Wales and East Ireland, visit www.celticroutes.info. 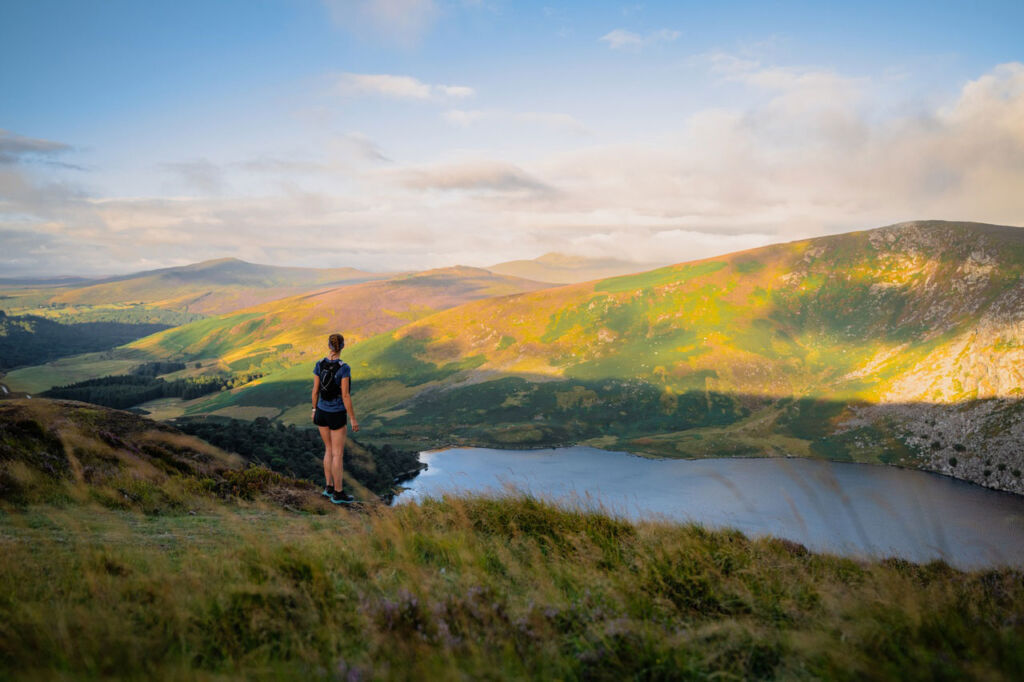