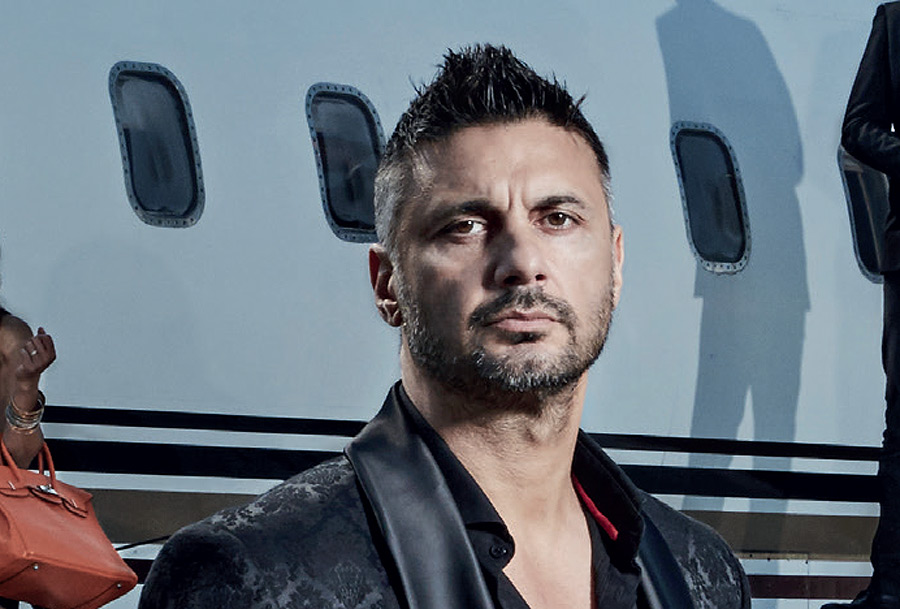 There was a time when pawn-broking would never have been mentioned in polite society. The family silver might well have been sold off discreetly and the diamonds in the tiaras replaced with paste, but the very thought of using a pawnbroker was beyond the pale.

At the other end of the social scale, the local pawnbroker was referred to euphemistically as Uncle, and working people routinely pawned their Sunday Best during the week and hoped to scrape together enough money to redeem it in time for church at the weekend.

James Constantinou knows all about that, because that’s what his grandfather had to do in the days when the East End of London was known for its poverty rather than bankers’ bonuses and Canary Wharf. But his grandfather would be astonished today if he were to see what James has done to the world of pawnbroking. Because, somewhat appropriately, James has redeemed the pawnbroking industry.

The stigma, the shame, the furtiveness that some might have associated with using a pawnbroker has been banished to the past – and, instead, James has given it a new respectability that has seen people falling over themselves to pawn their Bentleys, helicopters, old masters and family jewels with him.

His clients include rock stars, celebrities and household-name politicians as well as business people who’ve found their bank managers’ doors closed to them.

And, unlike traditional pawnbrokers who tended to work from shabby backstreet premises that nobody wanted to be seen entering or leaving, some of his clients are more than happy to pawn their treasures on national television.

For James is the star of Channel 4’s Posh Pawn, an uplifting reality TV series in which he gets to play with the Ferraris, the helicopters, and even a mini-submarine that his clients want to borrow against.

I make my way past a glorious suit of armour in the foyer of his Hatton Garden branch, edging very carefully past some priceless items on display, and finally get to meet him in his office.

He is charismatic, charming, and a highly astute businessman. More importantly, he’s a disruptor who wasn’t afraid to target a tired old industry, pick it up like a snowstorm paperweight, and give it a damned good shaking. And while the traditional players in the pawnbroking industry were contemptuous of him at first, frowning on him and predicting his business to him for advice and inspiration and have no choice but to recognise that he’s the only pawnbroker that most people have ever heard of.

If they don’t know already, here’s how he did it.

“The idea started to evolve in late 2008 after the property crash,” he says. “I was one of the fortunate ones to have some funds available at that time because most of my friends who were involved in property had the rugs pulled from under them by the banks.”

“They had fairly opulent lifestyles but almost overnight didn’t have access to funds. They were asset rich, cash poor. I was fortunate because we’d dumped out of a couple of fairly large property developments in Surrey, and we’d had Chelsea footballers looking around them. It was only a matter of months after we sold them that the crash happened. Before that, a decent plot was as rare as hen’s teeth, but after that no-one was really buying.”

“I was wondering what to do next and found myself sitting outside Café Rouge having a cup of coffee one Sunday morning. I thought this is all well and good but what am I going to do, because this can’t last forever? I can’t sit here for five to 10 years waiting for the market to recover. All the bank shares were crashing. Everything was in turmoil. So it was a matter of wondering where I could go in a downturn because I was used to making money in fairly good times. I was looking at an article on asset lending and thought the pawnbroking sector was interesting and quite staid in what it did. So I started looking at the main players and realised quite quickly that their approach to the market was stagnant and stale.”

“Their websites could have been written a hundred years ago, to be quite honest, judging by the images they were using and the market they were aiming at.”

“I didn’t really understand why they weren’t aiming higher. There were some pawnbrokers offering loans against art and so on, but there weren’t really any just targeting the top end of the market. I guessed it was because they couldn’t appraise the assets. That was my gut feeling. So I started looking into it. I thought what a wonderful industry. For me it was perfect. I didn’t really see it as a job and I thought it could be a lot of fun.”

I realised I could do wine because my family knows about it. I’ve got friends in the art market, I can cover classic cars, and between family and friends we’ve got all the high-end assets you could think of, really. I started realising it could be a good thing because all my friends were driving around in Ferraris and Bentleys but didn’t have any money.”