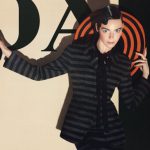 Some of the world’s leading names in the world fashion, luxury goods and services will visit the Reuters news bureaus for the Global Luxury and Fashion Summit in Paris, London, New York and Hong Kong from May 23-25 to discuss the outlook for the luxury gooods sector in a series of exclusives interviews.

The luxury goods industry has had a vigorous rebound far stronger than many luxury goods analysts expected after the sharp spending downturn of 2009. 2011 is expected to to be another record year, particularly for watchmakers, luxury hotels, fashion and leather goods groups.

Much of the stimulus as expected is coming from China, however strong tourist inflows into Europe and the United States are also boosting the market.  This month, U.S. consultancy Bain raised its 2011 growth forecast for luxury sales to 8 percent, up from a previous target of 3-5 percent at constant currencies.  The upbeat outlook is all the more surprising as many luxury executives expected Japan’s earthquakes and nuclear crisis to impact their global sales.

As a result of stronger than expected demand, luxury goods makers are grappling with materials and  staff shortages – issues which will be discussed at Reuters’ third edition of the Global Luxury and Fashion Summit. Other themes include the challenges of doing business in China, rising raw material prices, ageing models selling the eternal youth message, Brazil the next big engine of growth after China, the changing face of the men’s luxury goods market and how many outlet stores are too much for luxury retailers.

Guests speaking at  Reuters Global Luxury and Fashion Summit include: