The English Village Pub In A Michelin Star Constellation 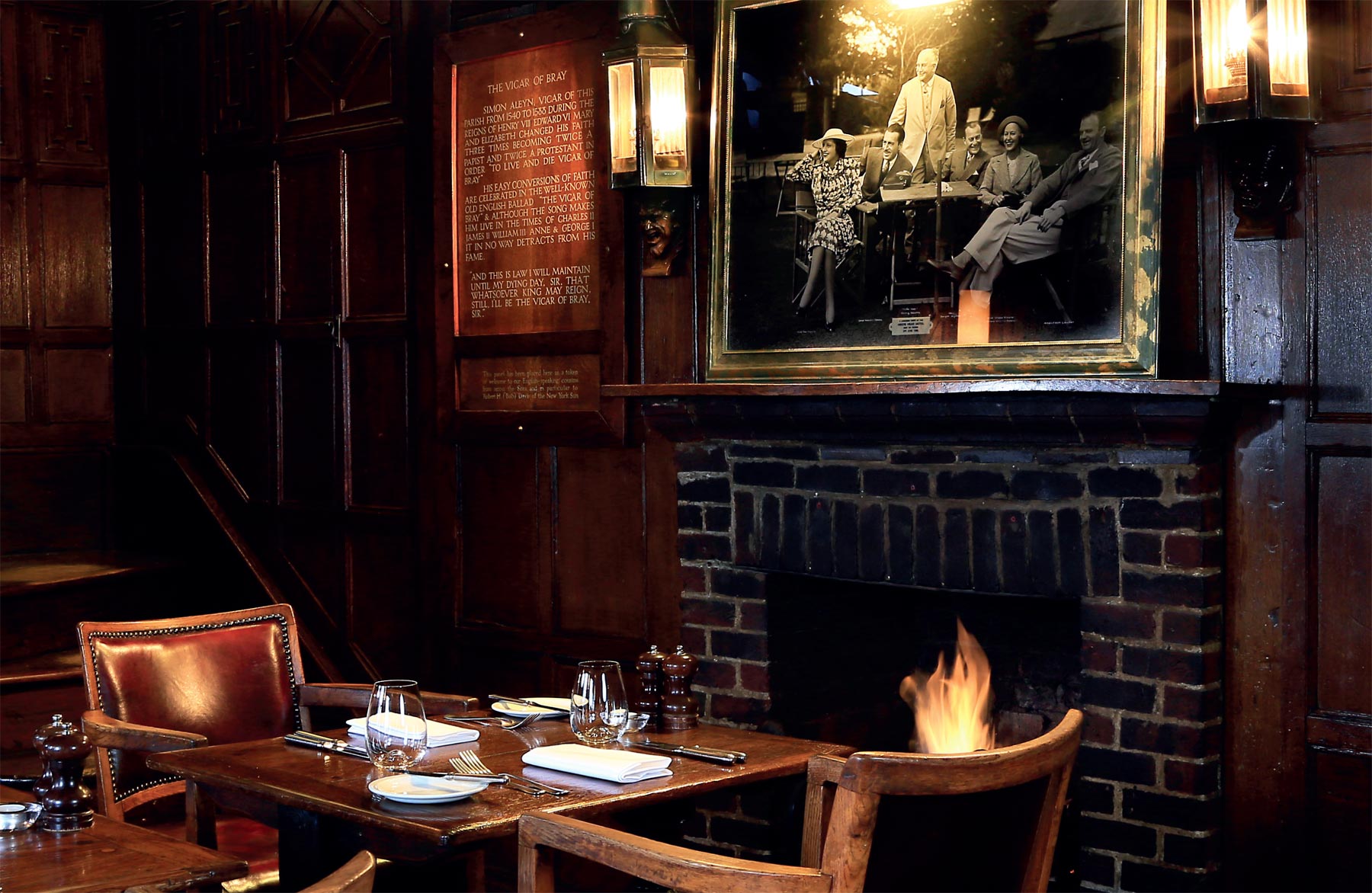 Seven Michelin stars in one village? Our man Henry McIntosh took his appetite along to Heston Blumenthal’s Hinds Head to find out 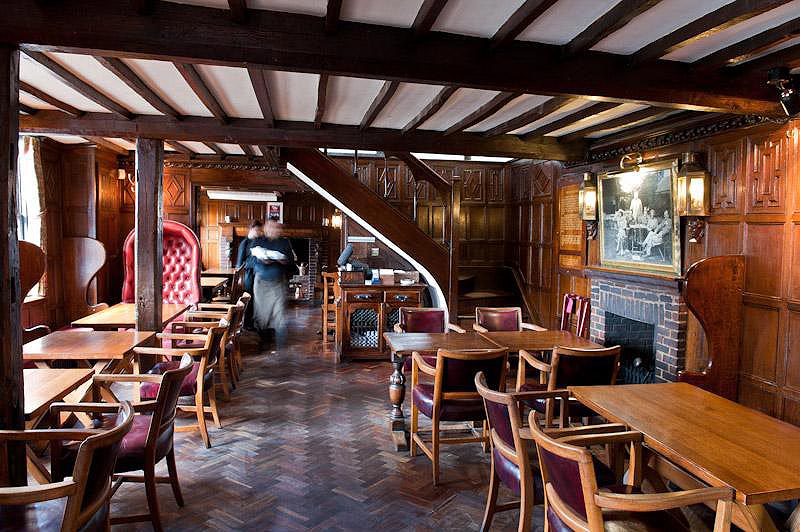 Bray is so tiny a place that to stroll through it wouldn’t burn off half a canapé, let alone an extravagant taster menu. Yet within the confines of this quaint little English village lay three of the finest restaurants you will find.

The proximity of such greatness is mainly thanks to avant-garde restaurateur and culinary genius Heston Blumenthal’s predilection for revamping village pubs into something altogether more exciting. Namely, Michelin-starred restaurants.

So far, Heston has transformed two of the village’s pubs into just that. His flagship restaurant, The Fat Duck, commands three Michelin stars and his other innovation, The Hinds Head, boasts one.

The tiny village, only five minutes from Maidenhead in Berkshire, also hosts the three-Michelin-starred Roux-owned Waterside Inn, not to mention another enticing entity in the form of Heston’s The Crown, which he’s rather sportingly left as a pub.

The Crown is not a bad place to start in Bray.

It’s evocative of the village as a whole; twee, oh so English and fine.

The walk from its door to The Hinds Head is less than a minute long and actually takes you past The Fat Duck. Were it not pointed out for me, I would still be none the wiser to its location, thanks to an amorphous exterior which gives little inkling as to the artistry inside.

The Hinds Head is similarly unassuming from the outside and, if it weren’t for the supercars lining the drive, you could be forgiven for passing it off as a traditional English country pub. 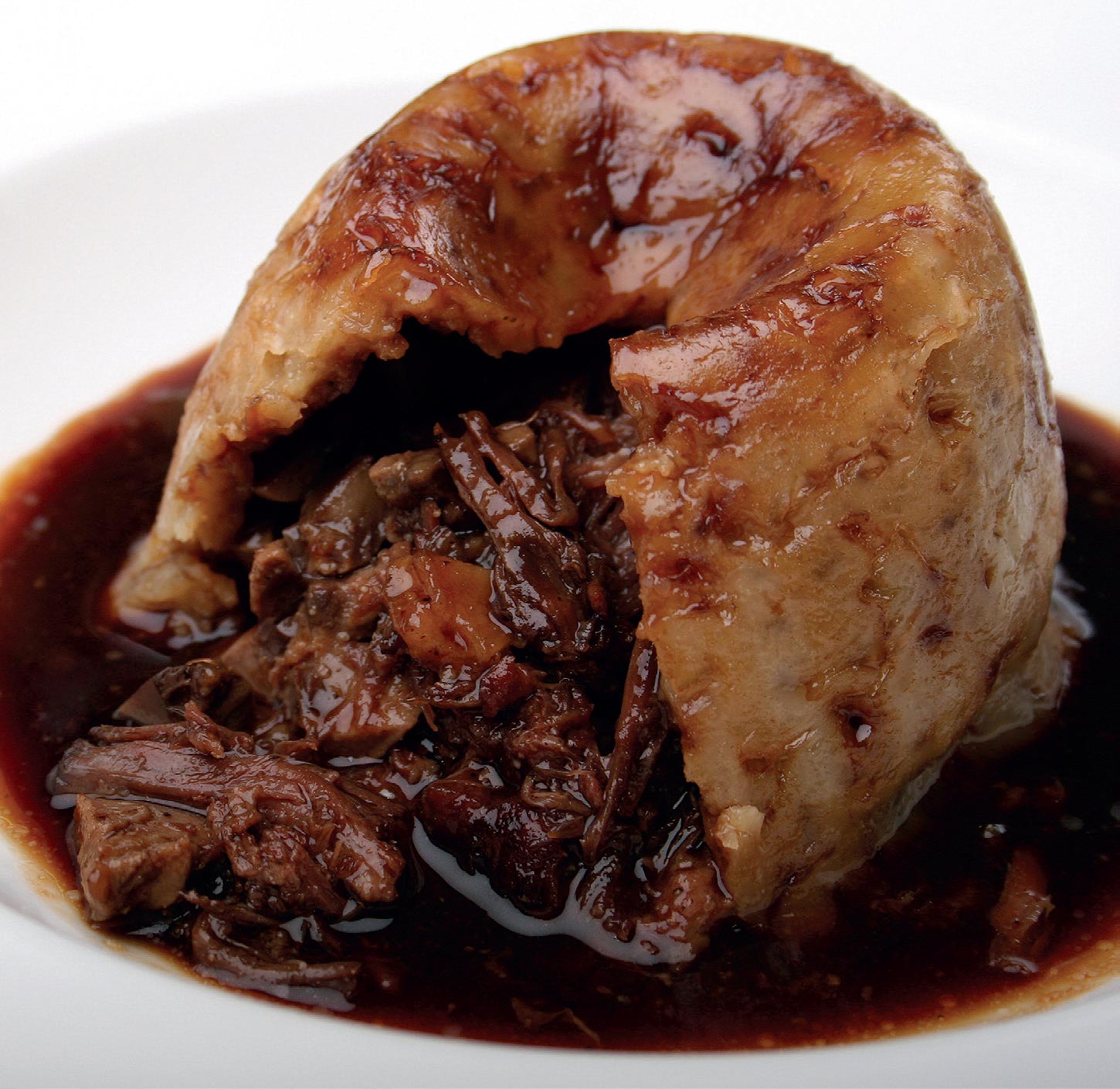 The Englishness of the exterior may appear somewhat modest, but the preserve of a 16th Century interior belies the pub’s status as a different beast entirely. Grand oak beams, large open fireplaces and wood-panelled walls give the place a delightfully English presence.

The menu is also synonymous with Englishness.

Yet again, however, there is at once a familiarity and a discrepancy to the patriotism. Take the pub’s renowned Scotch Eggs. The traditionally uninspiring dish has had a reputation beleaguered by supermarket and pub snack imitations, but not any more! It may sound absurd to say, but the delicacy that is the Hinds Head Scotch Egg is perhaps the dish that best encapsulates the pub’s ethos.

At first glance you could be forgiven for viewing it as a menu of intriguing simplicity, given the restaurant’s Michelin-star status, but it’s the elevation of classic English dishes into a whole new dimension that sets the Hinds Head apart.

From the thin crumb and generosity of sausage meat, to how each egg splits its yoke perfectly on the plate, the Hinds Head has succeeded in elevating the mundane into the extraordinary.

Fortunately, this trend is replicated throughout the menu with Scotch Eggs and Devils On Horseback followed by delicious Tea-Infused Smoked Salmon Upon Sour Cream Butter And Soda Bread.

The Pea And Ham Soup also impressed the palette before I went slightly off-piste with my main course by electing for the Crab And Cod Lasagne which came paired with a crispy leaf salad bolstered by anchovies and a dash of lemon.

Sometimes it’s nice to wander off the beaten track and this “new” dish was particularly sublime for a balmy Summer evening.

One man who can take great credit for the menu, especially the overwhelming transcendence of plain British dishes into something altogether more compelling, is the Hinds Head’s Hungarian Head Chef, Janos Veres (pictured left).

The excellent lasagne is just one of many examples of his extensive influence, as is the Saddle Of Lamb In Scotch Broth. It’s good enough for Royalty, and I don’t just say that, because Saddle Of Lamb was on the menu when Queen Elizabeth II visited the pub in 1963.

Garnished with barley and asparagus, it’s a dish that was painstakingly developed by Veres and his team.

A day in the life of Veres incorporates an 8am start to a 12pm finish, which he suggests flies by. It’s a feeling I got dining at The Hinds Head too; I didn’t quite feel like I was at work. It’s a good job too, because by the time dessert arrived I had rather indulged.

Sticking to The Hinds Head mantra of “Challenge Everything”, we proceeded to tuck into Banana Caramel And Milk Chocolate Cake paired with Lime Ice-Cream – at once refreshing and rich – and a deconstructed Raspberry Cheesecake accompanied by Biscuit Ice-Cream and a golden raspberry for good measure.

As gluttonous as this all sounds, the delectable delights of The Hinds Head will ensure you will crave a taste of every dish on the menu too.

Writing now, it’s hard not to wonder how good the Hinds Head’s Oxtail And Kidney Pudding really is, or whether the Quaking Pudding deserves the legendary status it has attained.

For the time being I’ll be content wagering that the rest of the dishes are just as delectable as the majority of the menu.

While this may be my last article that focuses so heavily on a Scotch Egg, I’ll endeavour to ensure it’s not my last visit to The Hinds Head.