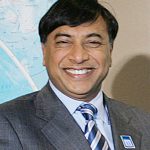 For the seventh consecutive year, the Sunday Times Rich List 2011 announces that Asian Steel Magnate Lakshmi Mittal and Family is the richest Asian person in Britain. Although his fortune has become smaller (by 5 Billion GBP) due to fluctuating share valuations, he also has the fastest growing fortune on the Times Top 1000 Rich List.

2. Gopi and Sri Hinduja – Estimated wealth : £6 Billion
Gopi and Sri Hindjua are the owners of the Hinduja Group. The Group is involved in many sectors including Oil, Vehicle Manufacturing, Defence, Banking, Casting and Information Technology. The Company was originally founded by their father Parmanand Deepchand Hinduja in 1914.

3. Ravi Ruia – Estimated wealth : £4.9 Billion
Ravi Ruia is Vice-Chairman of Essar Group a multi-national corporation involved in communications, steel, energy, power, logistics and shipping. Ravi’s brother Shashi has the role of Chairman of the company. In 200o the Ruia brothers earned $6.3 billion when they sold their 33% stake in Hutchison-Essar to Vodafone.

4. Anil Agarwal – Estimated wealth : £3.81 Billion
Is the founder of UK based company Vedanta Resources Corporation. He currently lives in London with his wife and two children. Vedanta Resources is a global mining and resources company with operations  in India, Australia and Zambia. The company has been listed on the London Stock Exchange is is one of the FTSE 100 companies.

5. Sri Prakash Lohia – Estimated wealth : £1.31 Billion
Is the Chairman of Indorama ventures, he is one of three brothers that run the company that is involved in the plastics and polymers industry.

6. Ajay Kalsi and family – Estimated wealth : £1.14 Billion
Is a self-made Billionaire and founder of Oil and Gas exploration company Indus Gas. He is also an active member of the World Economic Forum.

Other Notable Asians on the Sunday Times Rich List 2011 include:

The richest asians in the UK 2011 are predominantly made up from Indian decent.