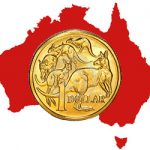 Following on from our article on the UK’s Richest People and the Richest Asians in the UK in 2011, we now present the Richest people in Australia 2011.

This years list has witnessed a huge jump in wealth for entries involved within the mining sectors. Australia now has 20 billionaires, up from 13 the previous year. Georgina Rinehart heads the lists and is the first woman to be named as the richest person in Australia. Her wealth is expected to continue rising due to new coal projects and her continued development of Hancock Prospectings undeveloped mines.

The top five Richest people in Australia 2011 are:

1. Georgina Rinehart and is number one on the list of Richest people in Australia 2011

Estimated net worth: A$9 billion
About Georgina Rinehart
56 year old Georgina ‘Gina’ Hope Rinehart, a mother of four inherited her wealth from her father, mining magnate Lang Hancock. Her fortune grew by a staggering A$7 billion up from the previous year due to increased exports and demands from China. Gina inherited her fathers mining company after a prolonged legal battle with her stepmother. Georgina is currently the Chairman of Hancock Prospecting, a Western Australian mining company. Over the past few years, she has continued to develop Hancock Prospectings undeveloped deposits, turning them into operating mines.

2. Andrew Forrest
Estimated net worth: A$6.9 billion
About Andrew Forrest
50 Year Old Andrew ‘Twiggy’ Forrest, is like Georgina Rinehart, a Western Australian mining magnate that has seen his wealth rocket over the recent past due to increased demand. He is the current currently CEO and the major shareholder of Fortescue Metals Group (FMG) Ltd. Andrew is married with three children and is a renowned Philanthropist.

3. James Packer
Estimated net worth: A$4.4 billion
About James Packer
James Andrew Packer is a 43 year old Sydney born businessman. He is the son of the late media tycoon Kerry Packer, his business interests encompass publishing, broadcasting, telecoms and gambling. Twice married Packer has a son and a daughter and currently resides in Bellevue Hill in Sydney.

4. Frank Lowy
Estimated net worth: A$4.3 billion
About Frank Lowy
Czech born Lowy is the co-founder of the Westfied Group that operates over 100 Malls in the United States, United Kingdom, New Zealand and Australia. He is married with three children and has been credited with resurrecting football in Australia.

5. Harry Triguboff
Estimated new worth: A$3.4 billion
About Harry Triguboff
Harry Oscar Triguboff also known as ‘High-Rise Harry’ was born in China in 1933. He became an Australian citizen in 1961, and is currently chairman and managing director of Meriton Apartments Pty Ltd. His company has been credited with building over 50,000 apartments and it is said that the company develop over 1000 properties each year. Harry lives in Sydney with his wife and two daughters.