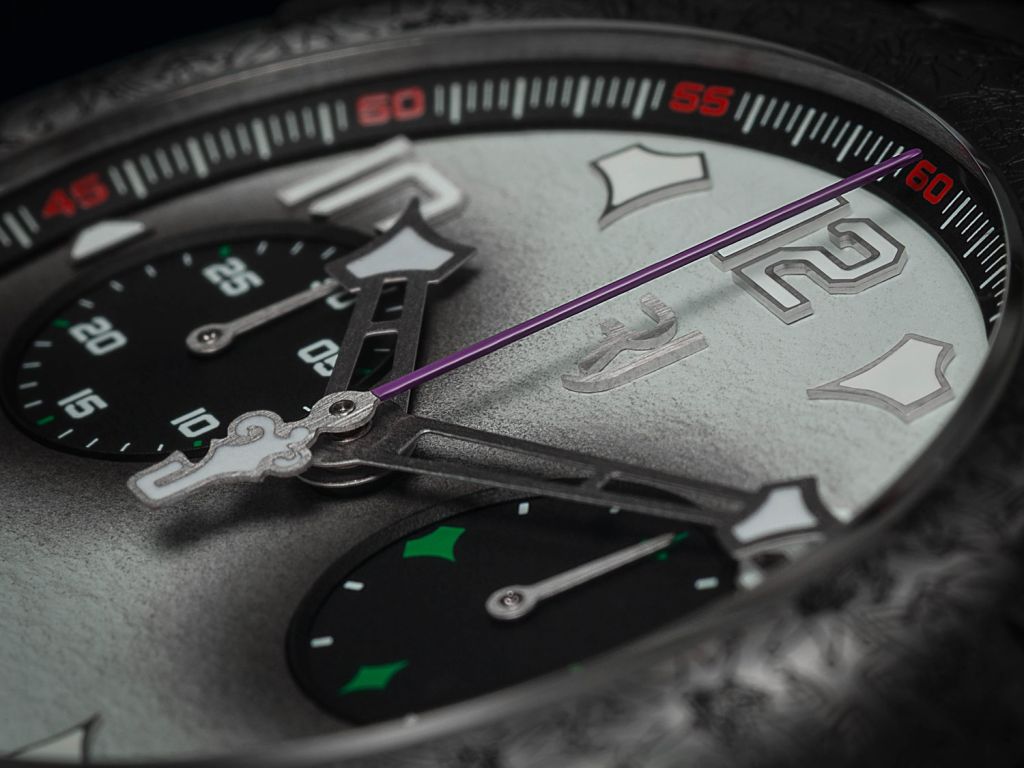 The RJ Villains edition builds on the success of earlier Batman collaborations, marking the first use of the Arraw signature collection as a base for the Joke chronograph and Two-Face Skeleton models.

RJ watches are at it again, producing quite unexpected timepieces with a twist. In their latest collaboration, they’ve joined forces with Warner Bros. Consumer Products, on behalf of DC Entertainment. 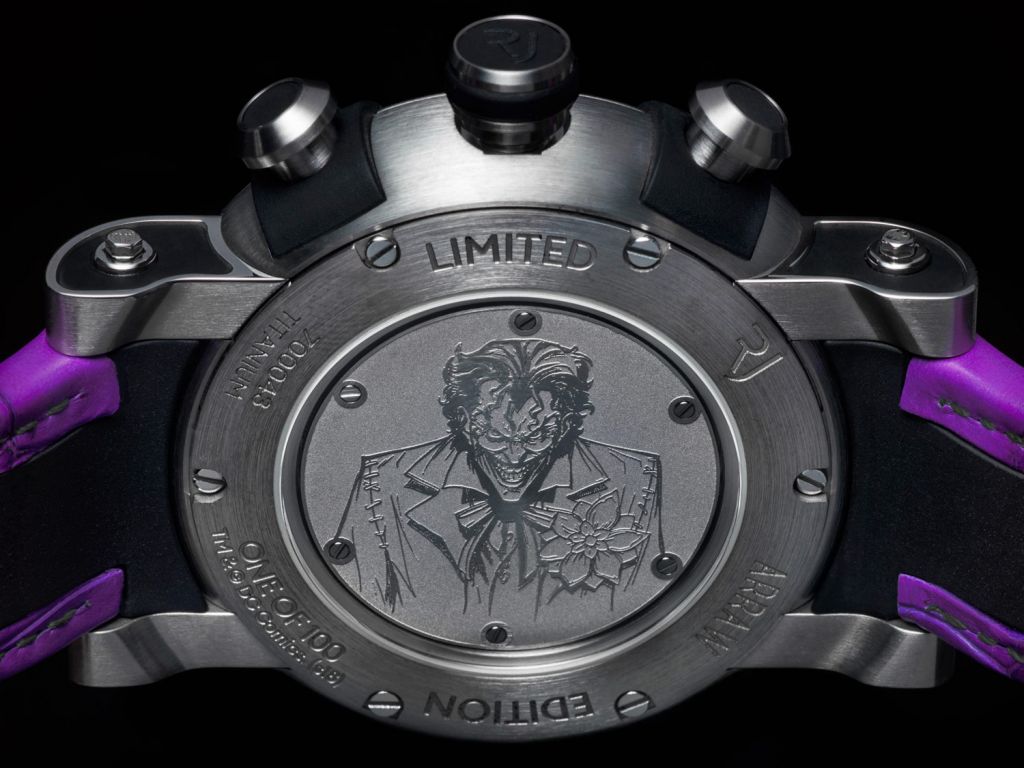 For these two new limited edition collections, RJ has channelled its dark side by unveiling DC Comics-based watches inspired by two of Batman’s biggest enemies: The Joker and Two-Face.

Each watch comes in a limited edition of only 100 pieces, and both The Joker and Two-Face versions will be the first collaborations to be presented in RJ’s all-new ARRAW watch case, the base for RJ’s signature collection. The Joker will be a self-winding chronograph, and the Two-Face watch has a manual winding movement in striking skeleton format. 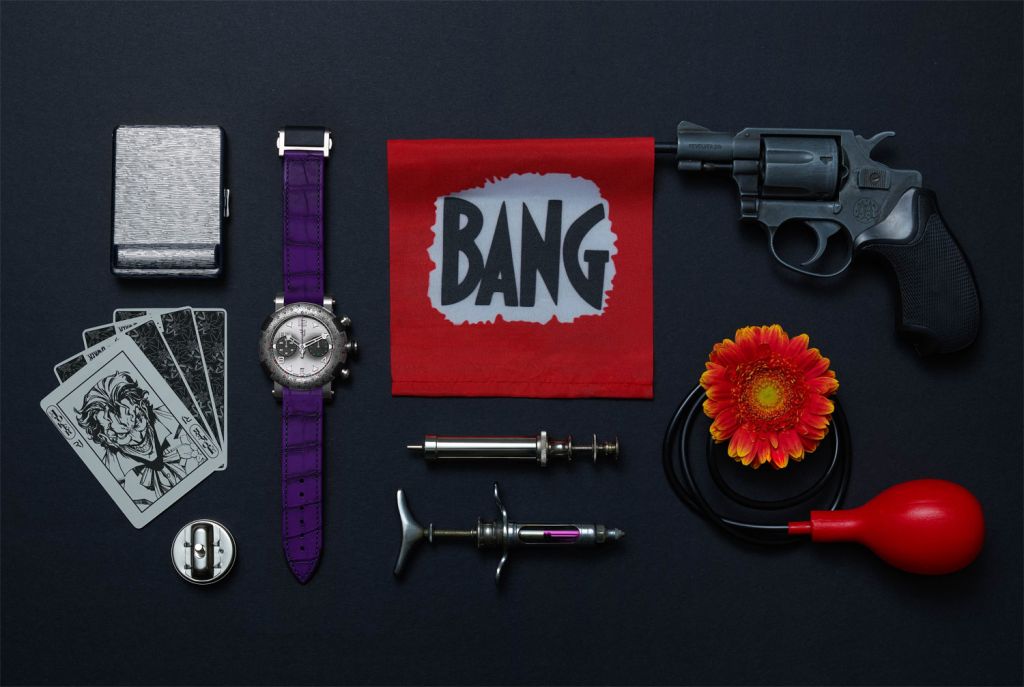 RJ Watches CEO Marco Tedeschi said: “It is a statement of confidence in RJ’s place in both popular culture and watchmaking that Warner Bros and DC Entertainment have collaborated with us to bring their most infamous villains to life as rare, limited edition collectors’ watches.

The villains of the DC Comics universe have always appealed to audiences around the world for their evil brilliance and ability to shock and thrill in equal measure. We believe that our first two DC Comics Villains watches will be a fitting tribute to their spirit of anarchy and disruption.” 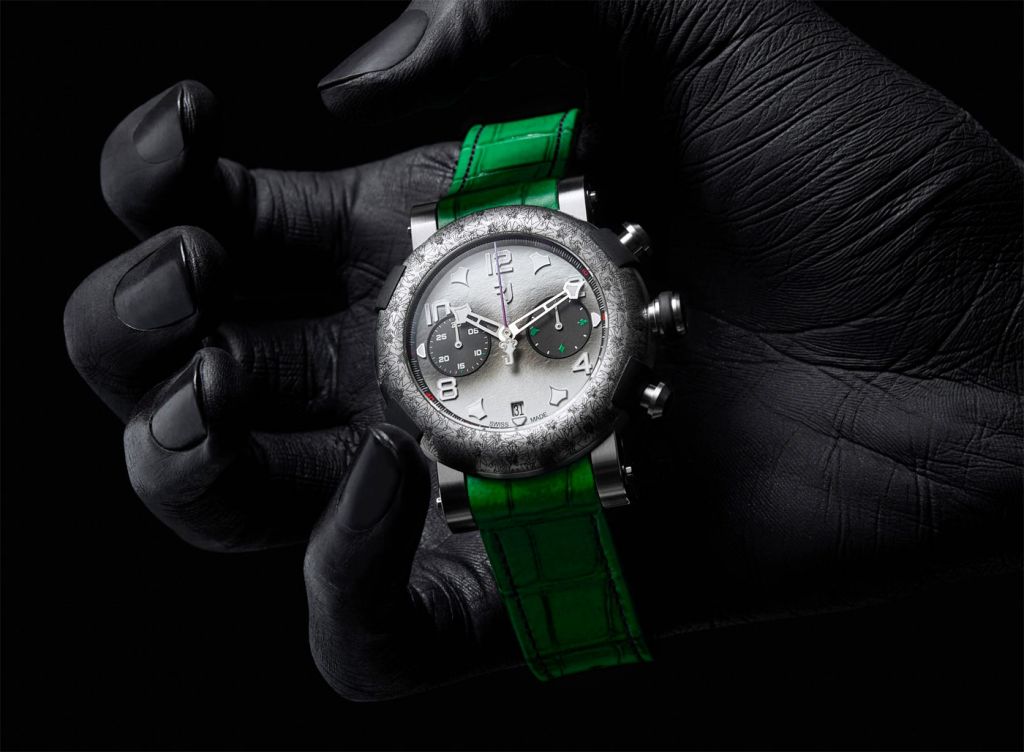 The RJ JOKER watch – Guaranteed to put a smile on your face
Batman’s most notorious nemesis, The Joker, has been causing mischief for Gotham City’s renowned crimefighter since the very first edition of the DC comic in 1940. A criminal mastermind with a warped and sadistic sense of humour, he is the very antithesis of the Dark Knight, in both looks and attitude.

The new RJ Joker watch was inspired by this cunning criminal and perfectly reproduced the aesthetic of the comic strip villain. Design cues from his flamboyant character appear throughout the watch, from his lethal razor-tipped playing cards to his striking facial make-up.

“The Joker watch is the perfect example of an RJ collaboration,” says Marco Tedeschi. “Like every RJ creation, it is first and foremost a statement in horology, combining Swiss Made craftsmanship with the latest RJ ARRAW designs. It is also a bold statement in creativity and pop culture, taking its inspiration from one of DC Comics’ most flamboyant villains to create a watch that possesses the same flair and character.”

The Joker chronograph comes in a circular satin-brushed 45mm titanium version of RJ’s new ARRAW case. Noticeable for its four iconic rubber bumpers, beautifully shaped lugs and arrow-shaped hands, the ARRAW watch case is crowned by a titanium bezel that is laser engraved with an intentionally chaotic Joker motif. 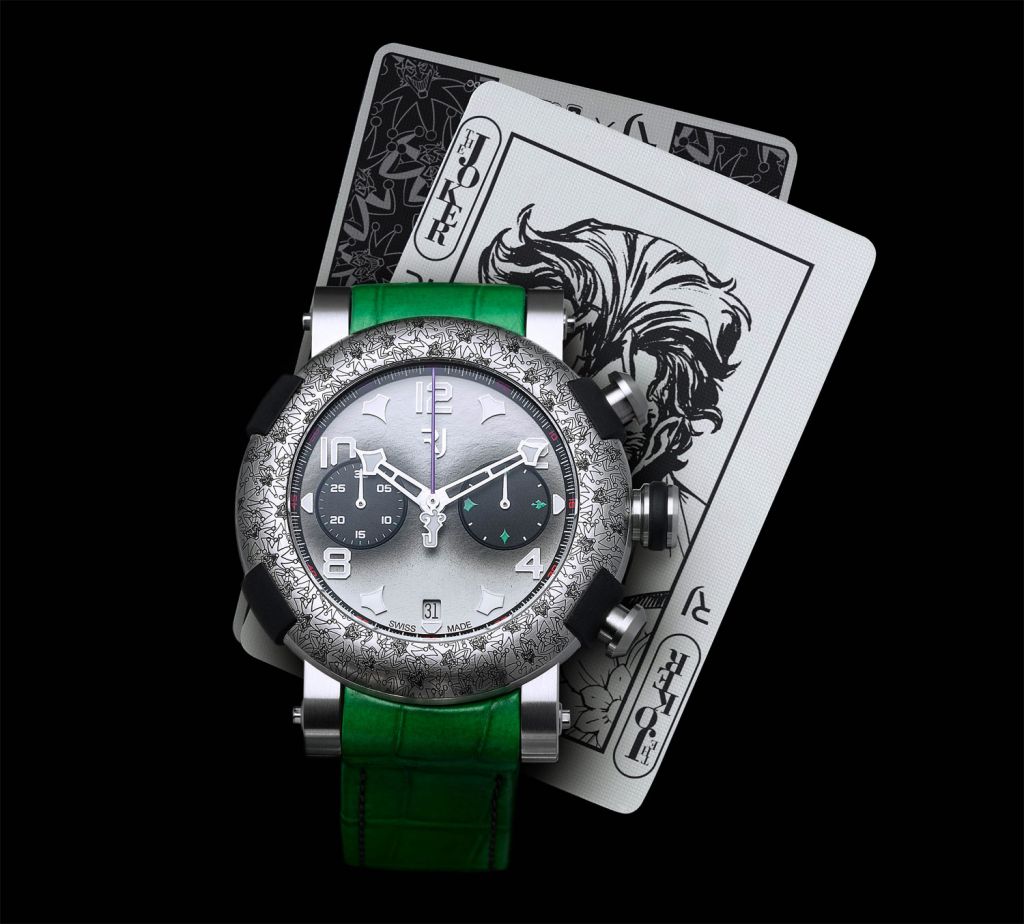 Beneath the anti-reflective sapphire glass, each Joker dial in the 100-piece limited edition is individually hand-painted, meaning no two Joker watches will have the exact same make-up. The watch dial is a stylistic interpretation of the Joker’s own face. It has an intricately airbrushed finish to evoke the make-up of the Gotham villain: two black eyes sit at the centre of the dial which fades to white at the edges to reflect the Joker’s striking skin tones.

The ARRAW hands on the Joker watch are also uniquely stylised with playing card ‘Aces’ at their tips. The same ‘Aces’ are used as dial markers while the chronograph’s second hand is finished in Joker Purple with a stylised ‘J’ at its base.

The reverse of the titanium case features a bold laser-engraved portrait of the Joker himself, and each watch in the edition is individually numbered as a ‘One of 100 Limited Edition’.

Every RJ Joker watch comes with three interchangeable straps. Colourful alligator skin versions in bright green or purple with contrast stitching match the Joker’s hair and clothing and can be easily swapped by simply pressing the Batman logo release screw on the watch lugs. Each leather strap is lined in hard-wearing rubber, while a third full-rubber black strap is also provided. The strap is fastened using a titanium deployment buckle clasp.

As part of the collectors’ edition, each watch comes with an exclusive deck of Joker playing cards.

BATMAN and all related characters and elements © & ™ DC Comics.

Read more articles on watches and jewellery in our dedicated section here.