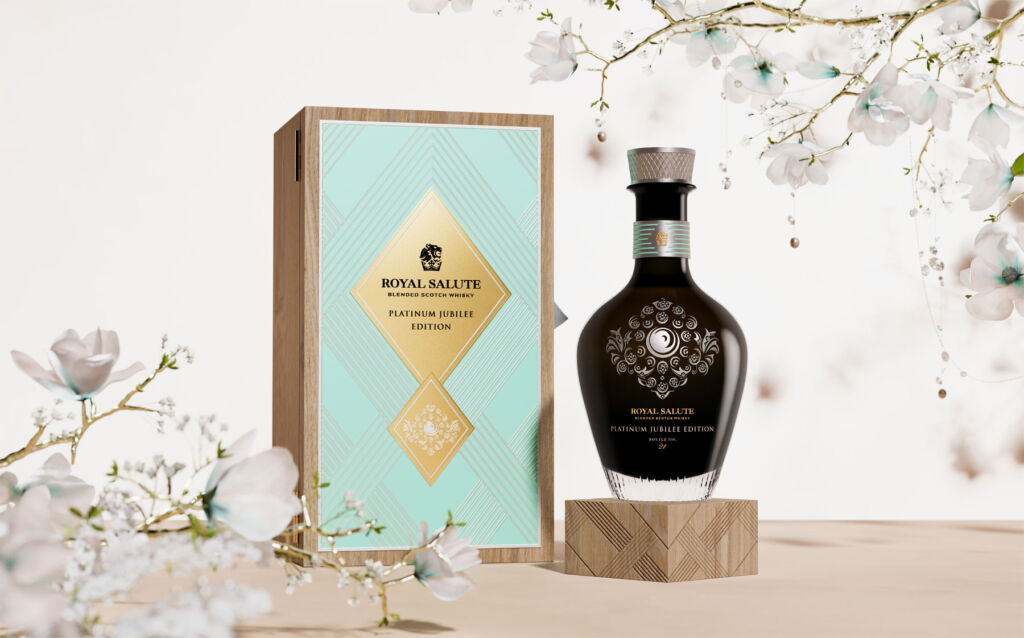 If there is one year above all others that requires a very special royal salute, it’s 2022. This year marks Queen Elizabeth II’s Platinum Jubilee, and Royal Salute is marking the occasion with 147 limited edition crystal decanters, which they have called their Platinum Jubilee Edition.

The Queen’s Platinum Jubilee has seen many businesses capitalise on this special and rare occasion by releasing commemorative products and collectables to recognise Her Majesty’s seventy-year reign. 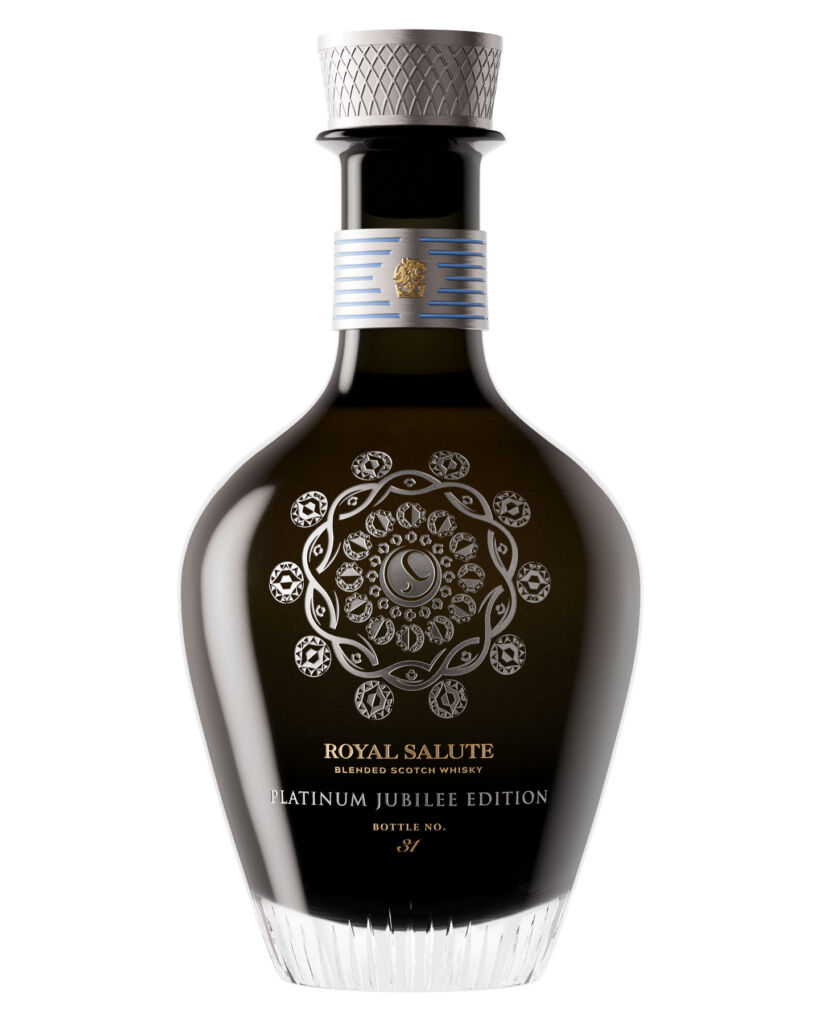 This remarkable achievement makes her the third longest-serving monarch in history, bettered by only Louis XIV (72 years and 110 days), and Bhumibol Adulyadej of Thailand (70 years and 126 days).

However, as the name suggests, Royal Salute, the master of exceptionally aged Scotch whisky, has a close association with Queen Elizabeth II, as the first Royal Salute flagons were created in 1953 as a gift on Her Majesty’s Coronation Day. Therefore, it is very fitting that the brand has unveiled its new Platinum Jubilee Edition to mark the Queen’s seven decades on the throne – a collection of only 147 individually-numbered decanters priced at US$20,000 (around £16,000) each.

The expression is a blend finished for over two years in Tawny Port casks – a wine served during a Coronation Banquet in 1953, and includes some exceptionally high-aged whiskies from no fewer than seven silent stills, each now lost to time.

Those who are fortunate enough to try Royal Salute’s Platinum Jubilee Edition will enjoy the red apple notes of the Inverleven Distillery, and savour the once-in-a-lifetime blackcurrant vibrancy of Lochside and rich toffee of Caperdonich. The result – the work of Royal Salute’s Master Blender Sandy Hyslop, is a perfectly balanced expression with a distinct flavour profile. 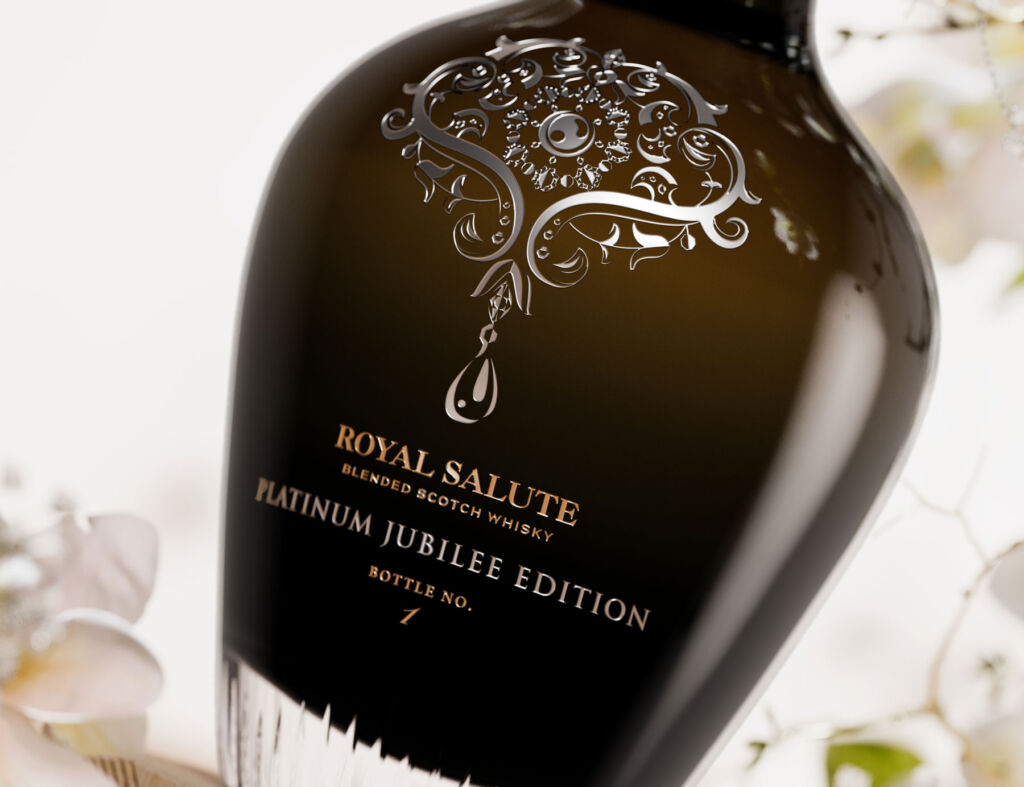 The whisky is encased in a beautiful hand-blown Dartington crystal decanter, which has been inspired by the seven iconic brooches from Her Majesty’s personal collection, the designs of which have been engraved on seven different decanters and boxes, with a colour palette reflective of her famous wardrobe. The light wood box housing the precious decanter, features seven embossed lines, representing the seven decades of Queen Elizabeth II’s time on the throne. 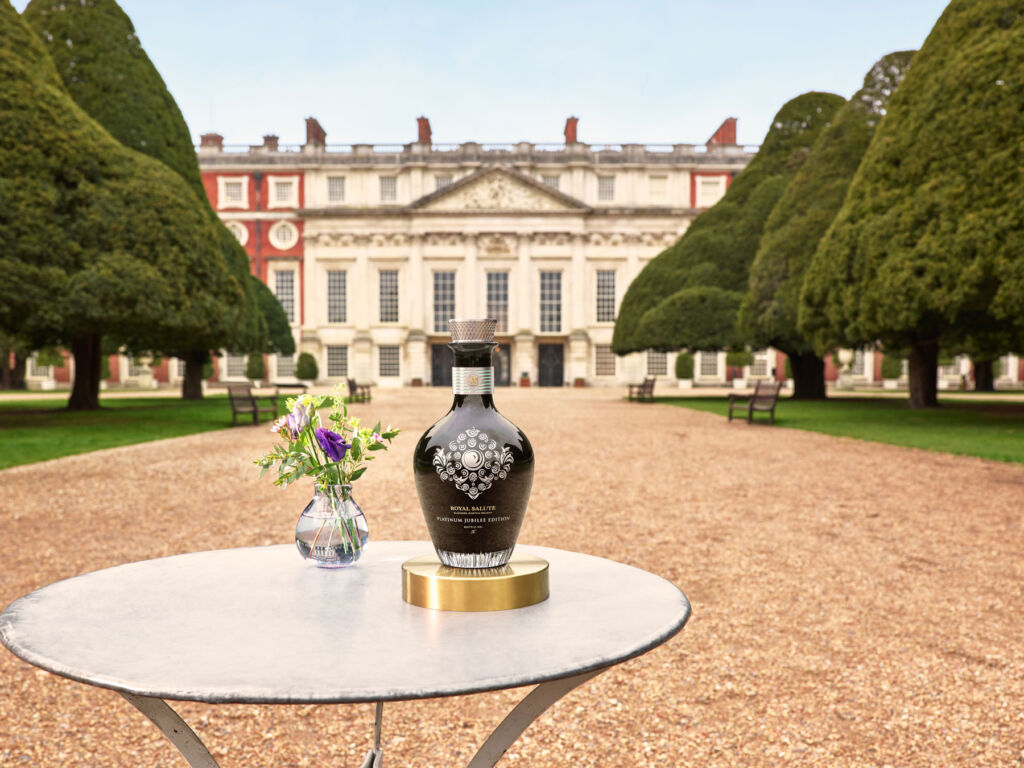 Commenting on the unveiling of the Royal Salute Platinum Jubilee Edition, Sandy Hyslop explained that his objective was to create a blend that captured Royal Salute’s unique heritage, while honouring the Queen’s seven decades of reign. He went on to say that it was a privilege to have played a role in marking this memorable historical moment; an occasion that gave rise to the opportunity to create a prestigious whisky and a collector’s item for whisky lovers to cherish.

As well as launching the new expression, Royal Salute has partnered with Bentley + Skinner, the London-based jewellers, to create a unique brooch made of 18ct yellow gold, platinum, and set with 70 diamonds. It will accompany a single crystal decanter and wooden box depicting the bespoke design. This one-off example will be going under the hammer at Christie’s on 8th June 2022, with profits donated to the Queen’s Commonwealth Trust, a charity that supports the new generation of leaders who are transforming their communities. 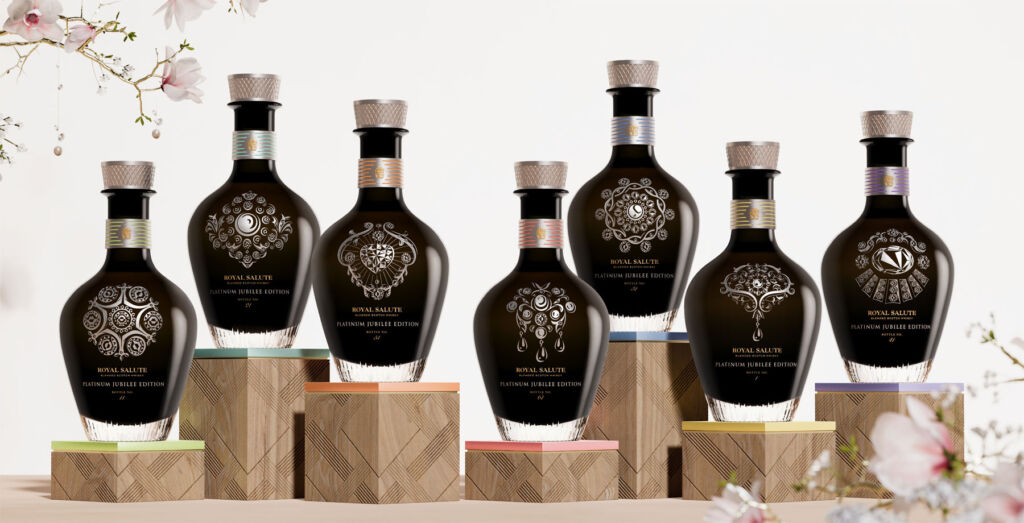 The Royal Salute Platinum Jubilee Edition – Where and How?

The Royal Salute Platinum Jubilee Edition will be available for purchase at selected specialist retailers with an RRP of $20,000 USD. For more information, visit royalsalute.com. 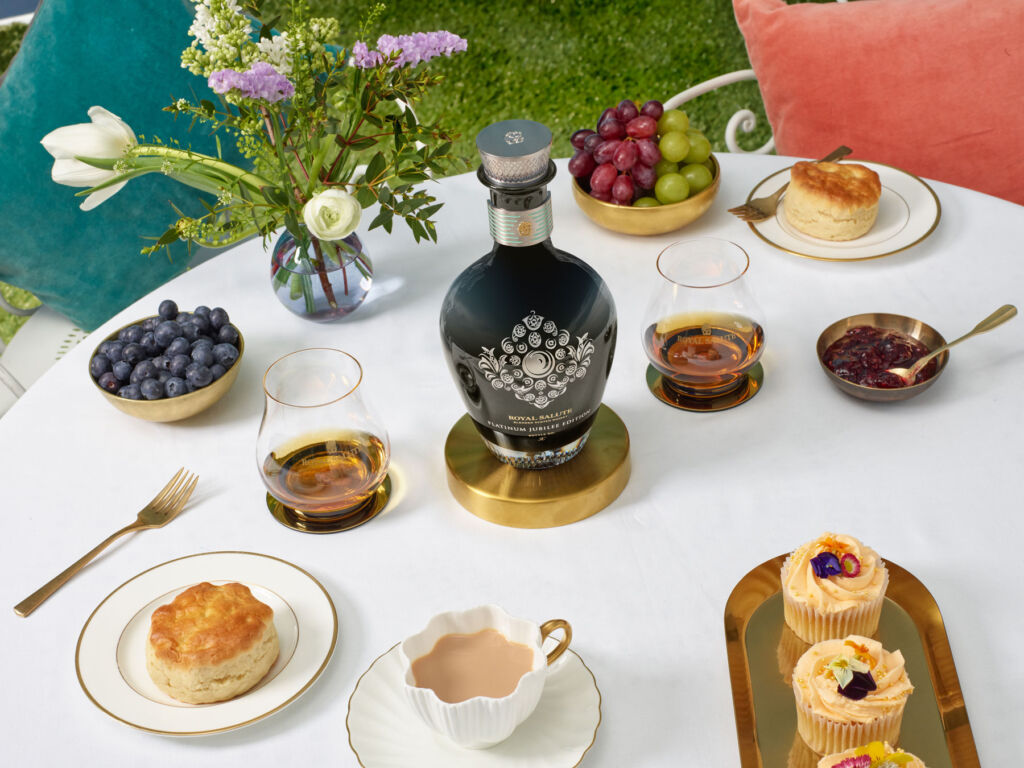