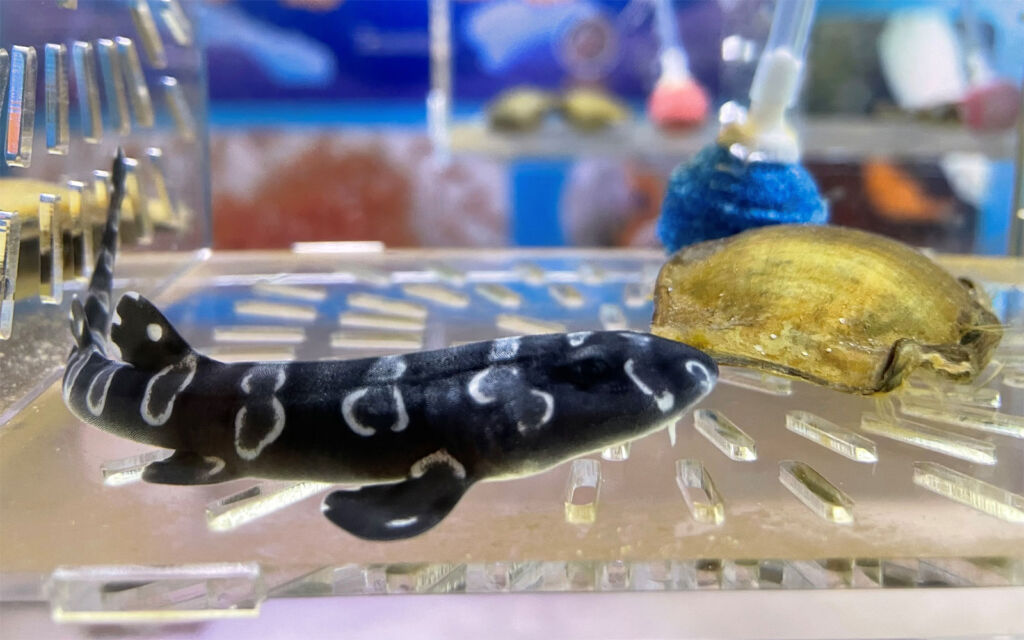 Thailand is a beautiful country that is known for the friendliness of its people and its extraordinary biodiversity. One of the Gulf of Thailand’s native species is the ‘Vulnerable’ Bamboo Shark. Although efforts to help the species is ongoing, more help is needed, which is why S Hotels & Resorts and Phuket Marine Biological Center have chosen to collaborate to help the species recover.

Bamboo Sharks are a native species to Thailand. These small, striped, slow-moving bottom-dwellers live for up to 25 years and are classified as vulnerable. Unlike some other sharks, the Bamboo Shark is harmless to humans, and although they do have teeth, their preference is for shrimps and other crustacea.

Over recent years, there’s been some excellent work in the country to help save the species, but more assistance is needed, which is why S Hotels and Resorts PCL has launched a new collaboration with Phuket Marine Biological Center to breed, care for and release bamboo sharks in southern Thailand. 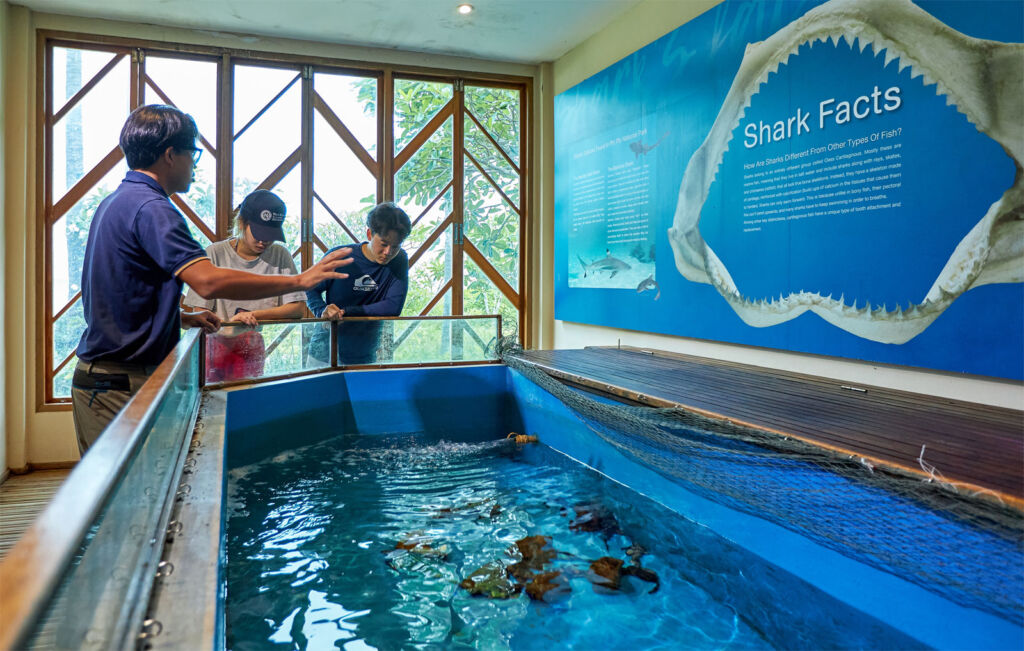 The programme has been named SOS (Save Our Sharks) and will be hosted by the Marine Discovery Centre at SAii Phi Phi Island Village, the free-spirited lifestyle resort on the idyllic island of Koh Phi Phi. The SOS (Save Our Sharks) programme will see S Hotels & Resorts working closely with Phuket Marine Biological Center experts. Together, they will oversee every stage of the bamboo sharks’ development, from incubating eggs and nurturing them at the resort’s Shark Nursery Pond to releasing the juveniles back into their natural environment. 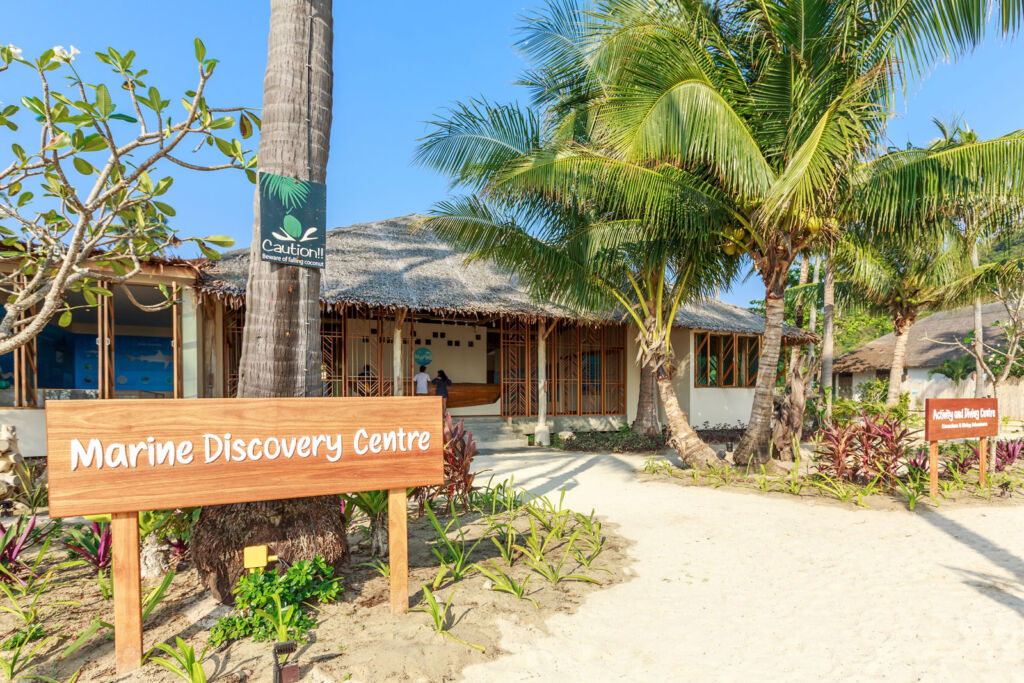 The efforts to help the Bamboo Sharks is the latest in a series of campaigns led by the Marine Discovery Centre. This innovative facility serves as the nerve centre of SAii Phi Phi Island Village’s environmental efforts. This interactive hub houses indoor and outdoor exhibition areas, video rooms and aquariums, presenting a fascinating window into the underwater world and driving key projects such as coral propagation, mangrove planting, and breeding and release programmes for native fauna.

Dr Kongkiat Kittiwatanawong, Director of the Phuket Marine Biological Centre, said, “Our centre has trusted in the capability and expertise of Singha Estate in terms of marine life conservations considering the company’s experiences from the past projects. Besides, the company has employed many marine scientists and staff at Marine Discovery Centre, who have the capabilities to take care of Bamboo shark eggs until they become juveniles.” 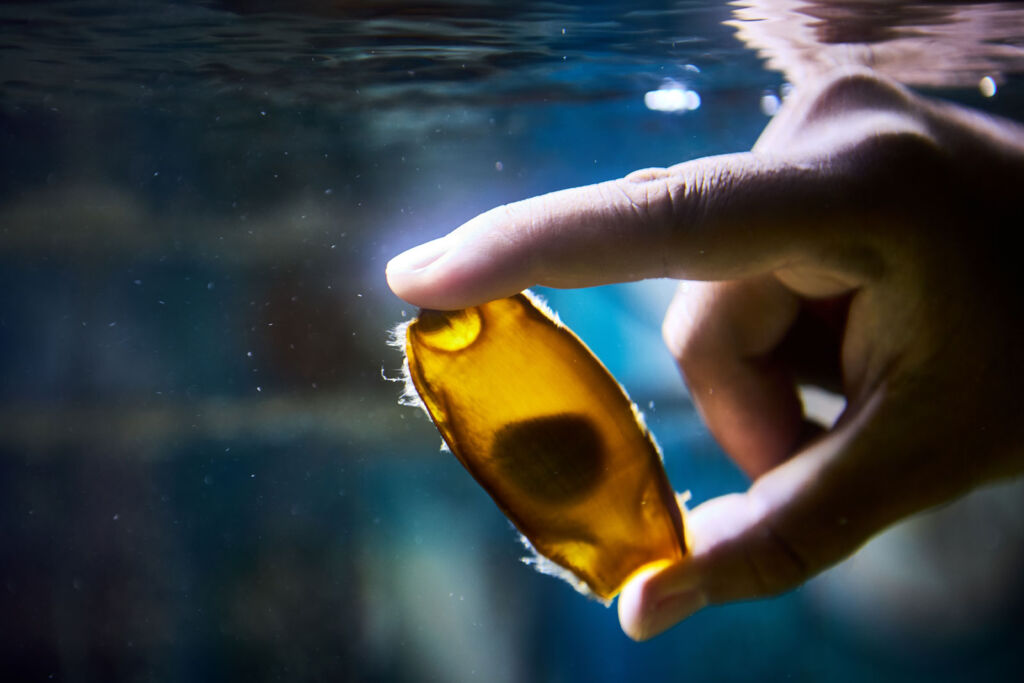 S Hotels & Resorts and Singha Estate are no strangers when it comes to marine conservation. The two have collaborated on numerous conservation campaigns, including the “Phi Phi Is Changing” project, designed to address coral bleaching, and the “Toh Wai Wai” programme, focused on planting mangrove trees propagating coral and releasing clownfish. In addition to this, they have formed a partnership with Kasetsart University that uses drones to monitor and photograph reefs in the local area.

The hospitality group is not only focusing its efforts on Thailand, they are also active with their conservation efforts in the Maldives. Their Marine Discovery Centre team at SAii Lagoon Maldives has helped the local reef expand ten-fold, and they’ve also been active in helping marine life by returning hawksbill sea turtles, bottlenose wedge fish and scalloped hammerhead sharks to the area.

These ongoing efforts are paying dividends as in 2020, a pregnant Olive Ridley sea turtle was found nesting on the beach. This is so extraordinary because it was the first time one of the species has been recorded nesting in the country.

Other ongoing green initiatives by the group
Many hotels and groups in the hospitality sector constantly state their green credentials and how environmentally friendly they are, but with some, the claims lack substance. It isn’t the case with Singha Estate PCL. As you can clearly see with their ongoing efforts detailed above, the hospitality group really is putting its money where its mouth is.

Singha Estate PCL deserves to be lauded for what they are doing, and their hard work isn’t only focused on the sea. The group has also committed to abolishing single-use plastic, champions biodegradable and sustainable products, and recycles waste and water. Their efforts have not gone unnoticed, and in recent years they’ve picked up numerous awards, including the “Green Leadership” title at the Asia Responsible Enterprise Awards 2020.

In addition to being named a ‘Green Leader’, the group’s SAii Phi Phi Island Village was named the winner of the “Marine & Nature” category at the Tourism Authority of Thailand (TAT) UK Responsible Thailand Awards. And in 2020, Santiburi Koh Samui became the only property in Samui to be awarded the “Gold Level” at the 2021 Green Hotel Awards.

It’s always a pleasure for us to write about companies from the luxury industry going above and beyond to help the environment. We do hope that others follow the excellent example being set by S Hotels & Resorts and its parent company.