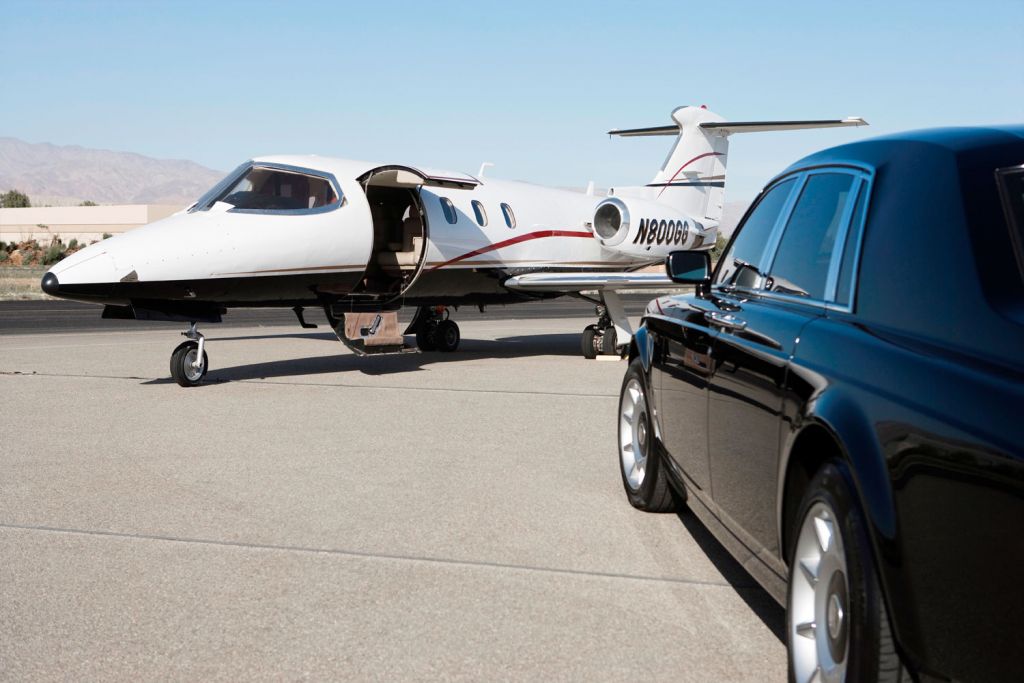 Analysis of industry data by Colibri Aircraft reveals that 152 pre-owned private jets were bought in Europe in 2019 – a drop of 21% when compared to 2018 when there were 192 sales.

In total, Colibri Aircraft estimates that the value of the 152 pre-owned jets sold in Europe last year was over $900 million.

Oliver Stone, Managing Director, Colibri Aircraft said: “Everyone will adopt a ‘wait and see’ approach while they figure out if the panic is a one-off hysteria removed from economic fundamentals, or if it will turn into a severe economic recession. As a result, I don’t expect to see many aircraft hit the market, nor do I expect to see enquiries coming in or sales happening.

After a few weeks, I believe we will start to see whether or not the market panics will affect people’s businesses. This, more than any other factor, will determine the effects to the aircraft markets. At this stage, if there is an effect on businesses, I believe that we will see a large increase in aircraft coming to the market. However, I don’t think it will yet affect prices while everyone tries to capitalise on past pricing trends.

Unfortunately, if this scenario comes to fruition there will be few buyers out there and so increases in supply will, after a short delay of some weeks while owners adjust to new market paradigms, lead to significant price declines to attract buyers.

If the virus-related mass-sell off turns out to be removed from economic fundamentals, then I believe we will see a sharp return to people buying aircraft, and the freeze will be removed quickly as people fill their previous demand.”

2019 European sale of pre-owned private aircraft
Last year, of the key markets in Europe for pre-owned private jet sales, the UK saw the biggest drop. Just five were bought compared to 17 in 2018. However, if you combine sales in the Isle of Man (9) and Guernsey (4), it became the second-largest market. 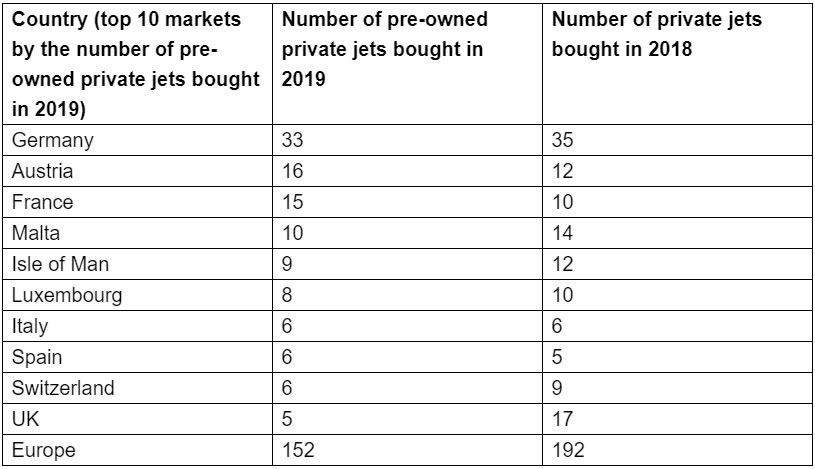