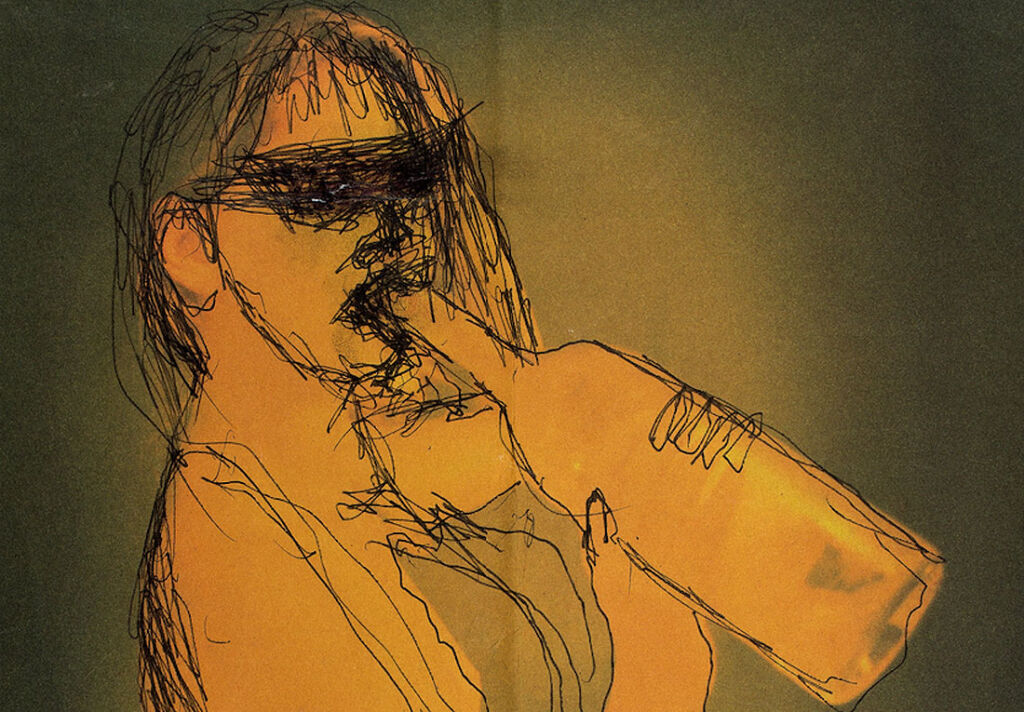 Shane MacGowan, the former frontman for the popular musical group the Pogues, who has been called the ‘Jackson Pollock of the biro’, has announced his first art exhibition, The Eternal Buzz and the Crock of Gold, which will open in London on October 12th, 2022.

Whether he likes it or not, Shane MacGowan holds a special place in British hearts, mainly due to the song he co-wrote, titled Fairytale of New York. What will be news to many inside his fanbase is his artistic talents extend further than laying down his distinctive vocals onto a track, and The Eternal Buzz and the Crock of Gold exhibition has been created to show this.

MacGowan’s work has been described by the art critic Waldemar Januszczak as possessing a “demented, wild, fascinating, scabrous kind of energy, ” which will be seen in the twenty small-scale drawings mostly dating from the 1980s at the forthcoming exhibition.

Dubbed by Januszczak as the ‘Jackson Pollock of the biro’, this survey, which has been curated by the artist’s wife, Victoria Mary Clarke, is drawn from a body of work that has never been shown in public before.

The works are executed in a variety of media, predominantly coloured felt tips and biro. The highly distinctive and sometimes disturbing drawings are scrawled and scribbled onto sheets of paper torn from foolscap jotter pads, hotel stationery and aeroplane sick bags and were created largely whilst he toured the world with The Pogues. 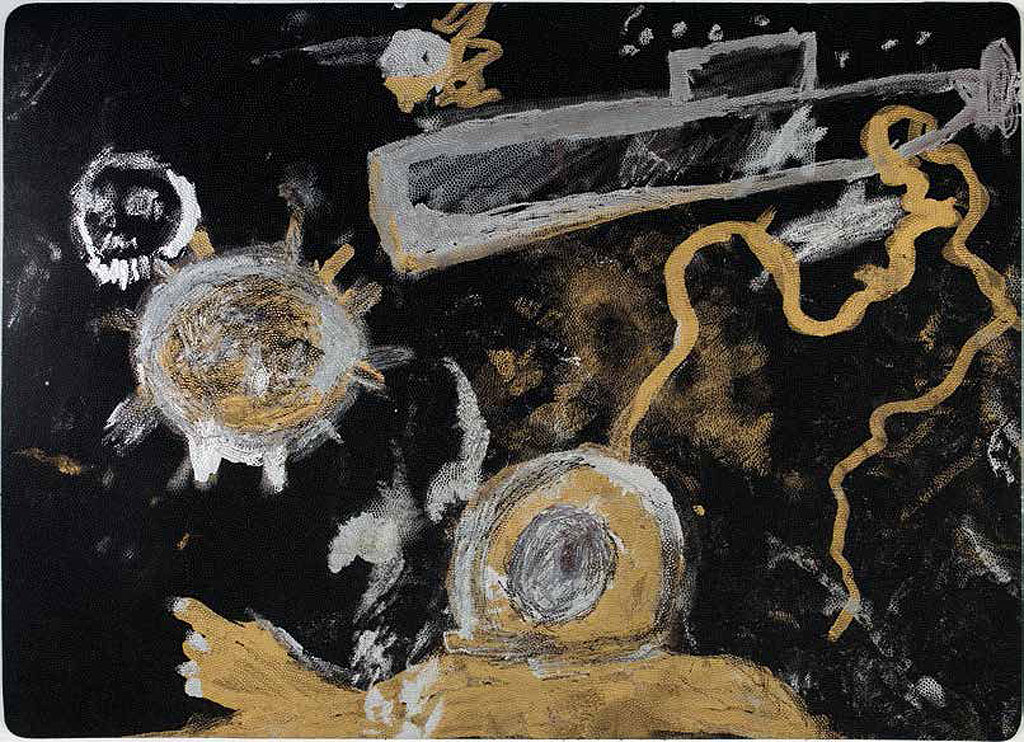 Das Boat depicts a figure in a deep sea diver’s suit floating in inky black water in front of a submarine and spiked sea mine. A note of danger is struck by the airline, having become detached from the oxygen supply to the diver’s helmet. This sets the tone for the majority of the featured works, many of which were produced while MacGowan was intoxicated or under the influence of drugs, stimulants that lend a wild unpredictability to the artist’s hand.

Some drawings directly refer to Pogues songs, such as Hell’s Ditch, the name of the band’s 1990 best-selling album. New York City Sky brings to mind the poetic Christmas ballad, Fairytale of New York, and Thai Boxers and Thai Teenybop, the band’s single, Summer in Siam. Anger is an Energy, a refrain from the PiL song, Rise, appears to ape the circular marks made by a Spirograph, albeit more irregularly.

Another, Bono Drinking Guinness, is a portrait of the lead singer of the band U2, a long-time friend of MacGowan, and Grace, a rendering of the model and singer, Grace Jones.

Amongst these are bawdier offerings, including drawings containing phalluses with spiralling testicles entering the mouths of purple-haired and befringed females. The word ‘GLORCH!’ appears around each of their heads, and these Basquitesque flourishes appear in many of the works. The show also includes portraits: Lady Victoria features a pair of pale pink lips surrounded by hundreds of interlocking bubbles. Within this are love hearts, a ringed planet, and a solitary crucifix can be found.

Carolan sees the Angel possibly refers to Turlough O’ Carolan, the 17th-century blind Celtic harpist and has echoes of the German Expressionists. The Measure of my Dreams and Woman with Bottle are softer works in which MacGowan employs watercolour washes, picking out the subjects’ figures in black ink.

Of MacGowan’s artwork, the actor and musician Johnny Depp said, ‘Shane’s visions will speak for themselves. Sometimes they will invoke wonder; sometimes, they might appear decidedly threatening, but, regardless of medium, his work will always be full of poetry.’

MacGowan’s artworks have been brought together in a 502-page, limited edition monograph titled The Eternal Buzz and The Crock of Gold. It includes a critical essay written by the Sunday Times art critic Waldemar Januszczak, along with contributions by Victoria Mary Clarke, Johnny Depp and Shane himself, as well as unpublished lyrics by the singer and photographs and essays by MacGowan written while he was a schoolboy. For more information, please click here.