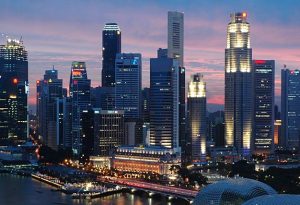 Singapore has jumped three places to become the 6th most expensive city, and 3rd most expensive country in Asia, according to ECA International, the world’s leader in the development and provision of solutions for the management and assignment of employees around the world.

The continued strength of the Singapore dollar against major currencies has also catapulted the city up the global ranking, rising from 68th to 36th position in the space of a year. It is now more expensive for international assignees than Hong Kong, New York, Amsterdam, Frankfurt and Shanghai. Goods and services commonly purchased by international assignees now cost almost 3% more in Singapore than in Hong Kong. Just a year ago, they cost 5% more in Hong Kong than Singapore.

“While we are seeing price increases in a number of Asian locations, the main reason for Singapore’s rise in our ranking over the past 12 months is the strength of the currency,” says Lee Quane, Regional Director, Asia for ECA International. “The Singapore dollar has risen by more than 10% against the greenback between surveys, for example, and allowances paid to protect the purchasing power of employees on long-term assignment in the city are now higher than those paid to international executives posted to many other financial centres including Hong Kong, London and New York.”

Living costs for assignees are affected by inflation, availability of goods and exchange rates, all of which can have a significant impact on assignee remuneration packages. To help multinational companies calculate assignment salaries, ECA carries out a Cost of Living Survey twice a year comparing a basket of consumer goods and services commonly purchased by assignees in 400 locations worldwide.