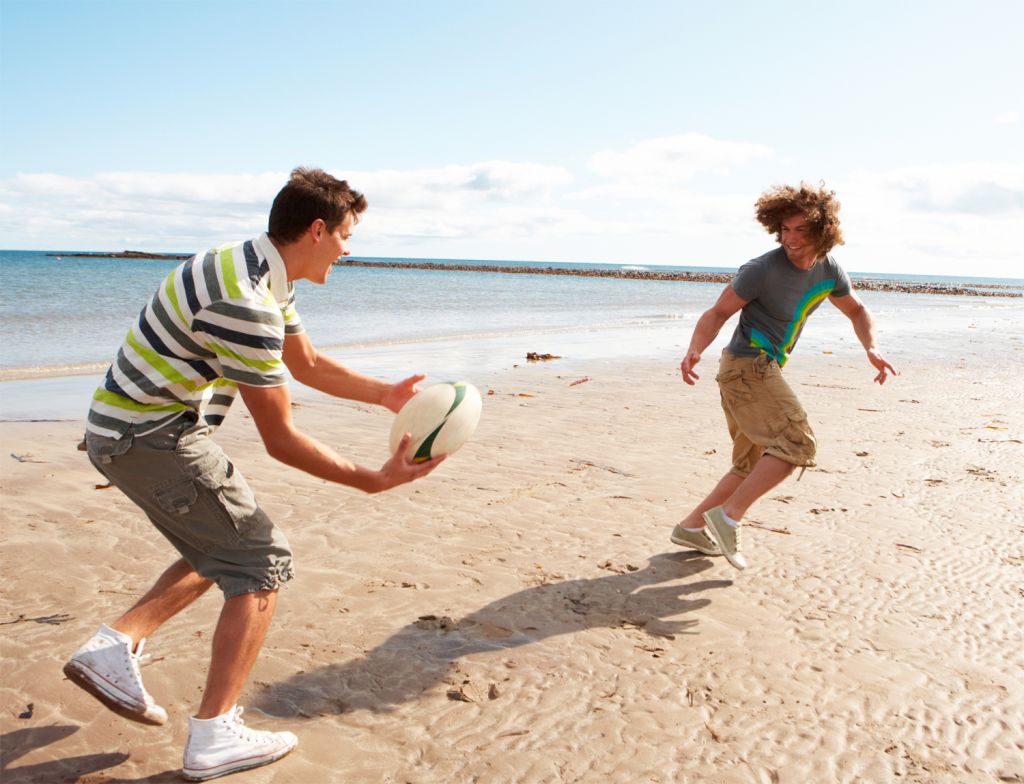 The rugby Six Nations Championship, which kicks off on Saturday, is one of the worst offenders when it comes to sport’s gender pay gap.

At the Six Nations Championship, the men’s winning team takes home £5million prize money — while the women’s champions get nothing – if this is not a gender pay gap we don’t know what is!

In direct comparison, the Australian Open tennis, which finishes this weekend, sees both women and men winners get the same prize cheque of more than £2million.

Football and snooker are also among the worst culprits in Work180’s research of sporting gender pay gaps, both hosting events where women win prize money that is 100 times lower than their male colleagues receive.

The men’s football team that lifts this season’s FA Cup will get a whopping £3.6million, while the women’s squad will get just £25,000 — just 0.7% of their male colleagues’ winnings.

Superficially, tennis looks like it has its house in order, with all four Grand Slam events paying equal prize money, but at smaller events like the Cincinnati Masters, the women winner gets just £385,695, less than half (45%) the £856,120 prize for the men.

The unequal prizes offered to darts players came to light recently when Fallon Sherrock pulled out of January’s BDO Women’s World Championship shortly after it was revealed that the prize money would be just £10,000, compared to the men’s prize of £23,000.

Ms Sherrock earned £25,000 for making it to the third round of the PDC World Championship in December, soon after becoming the first woman to win a match at the event.

Cricket is making strides towards parity by increasing the women’s prize for winning the 2021 World Cup to £2.8million from the £1.6million offered in 2017, but this is still some way behind the £3.1million the England men’s team got for lifting the trophy last year. 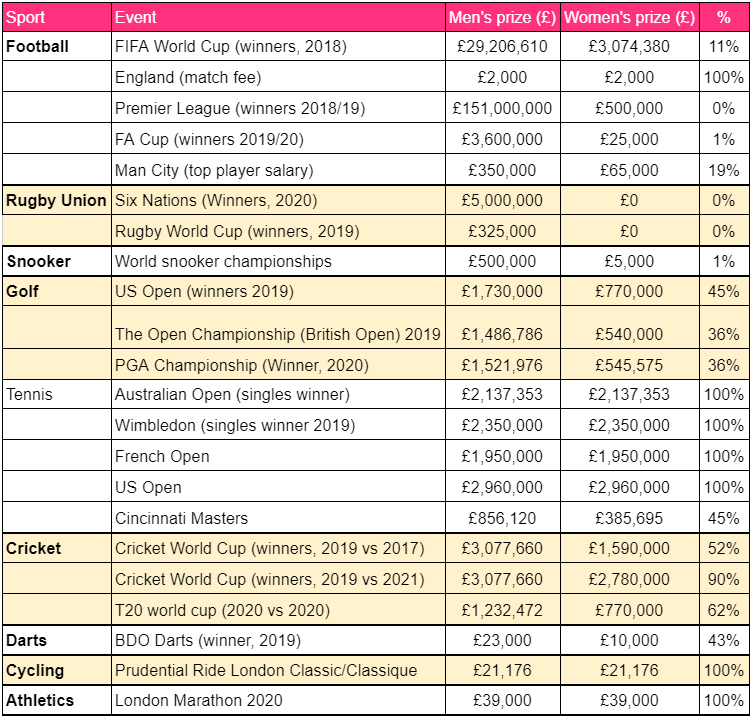 Gemma Lloyd, Co-CEO and founder of workplace equality champion Work180, said: “Anyone who tries to argue that the rewards in some sports, such as women’s football, are lower because of viewing figures will be scoring an own goal.

“In many sports, such as tennis, women are already achieving pay parity because national bodies got behind women in sport and are investing in promoting them properly.

“Audiences can only vote with their feet if they are offered the choice. This has a massive effect on pay and prize money, and some sports are clearly lagging well behind others.

“Some sports are to be congratulated on the advances they have made in closing the gender gap, but others are stuck in the dark ages.

“How can it be right that New Zealand’s women don’t get anything for lifting the rugby world cup, while South Africa’s men pocket £350,000?

“Our women sports stars play the same games as the men, run on the same pitches and make the same sacrifices for their careers.

“It’s time that sports’ governing bodies look at their pay structures and ask what are they doing to give men and women equal pay.”

About Work180
Work180 pre-screens employers to see how well they support women’s careers. We provide job applicants with a transparent directory of Endorsed Employers who support diversity, inclusion and equality.