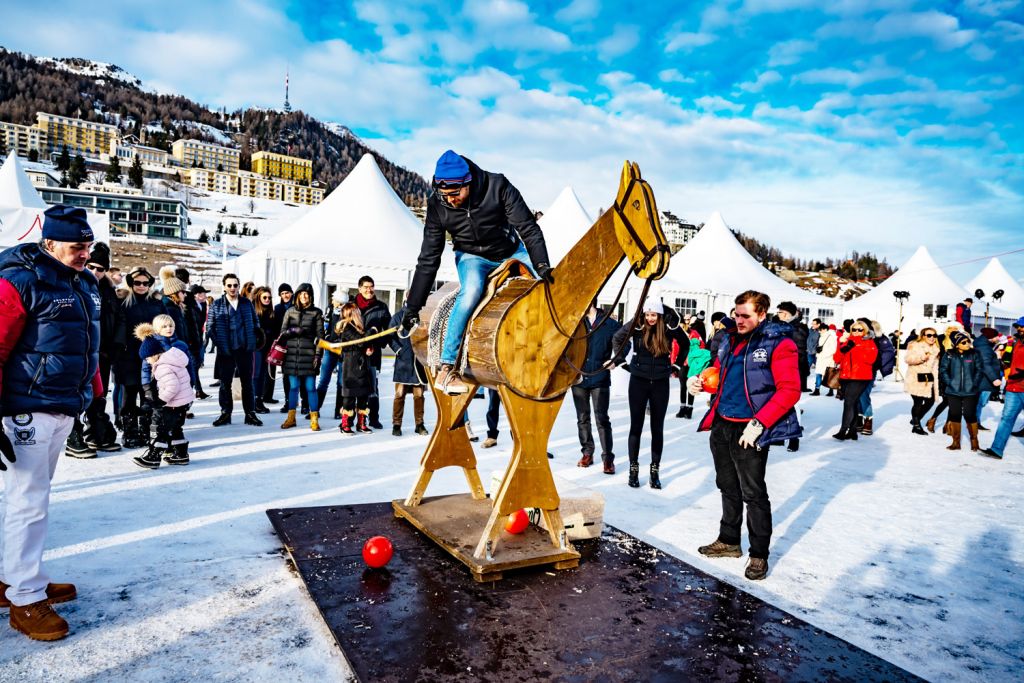 If you had to imagine the perfect day, being bathed in the warm sunshine of St. Moritz, in packed grandstands with friends watching the best snow polo in the birthplace of the sport itself is hard to beat. 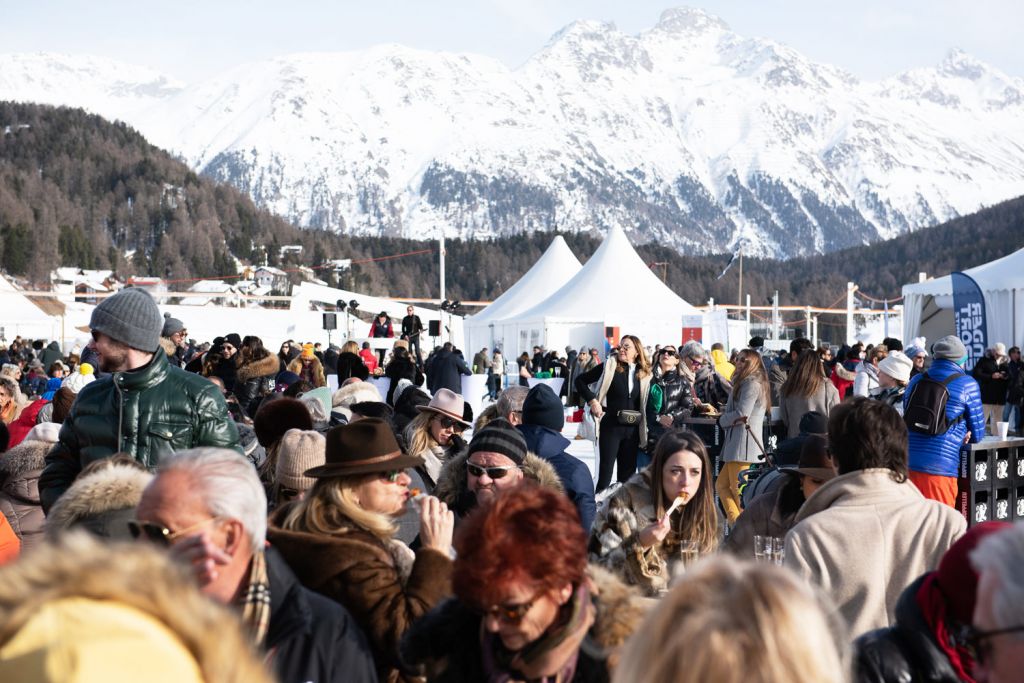 On the second day of competition, the thousands of spectators and the world’s media were not going to be disappointed based on yesterday’s performance. Lining up for the first match were the two strongest teams in the tournament, all set for the throw-in under the midday sun.

The St. Moritz Brits of Max Charlton and Nacho Gonzalez strode majestically decked out in their gleaming red shirts. Buoyed with confidence from their victory over Maserati yesterday, they were undoubtedly the team to watch. But Team Azerbaijan – Land of Fire was not going to make things easy with their talent and jackal like attacks.

Yesterday’s match against Badrutt’s Palace had seen them make short work of their opposition. Badrutt’s failed to show the extent of their immense talent while Azerbaijan had. This resulted in a clear win and high hopes for today’s Semi-Final for the La Martina Cup.

Max Charlton is the UK’s only ten goal arena polo player. He brings (in the words of Liam Neeson in Taken) a “Particular Set of Skills” to the snow polo arena. With the support of fellow Brit and snow polo maestro extraordinaire, Nacho Gonzalez, both playing with finesse and using consistent and aggressive use of the sideboards, the result was a spectacular display of polo.

Today was undoubtedly Charlton’s day, as he flew up and down the field, managing to score five out of his team’s final tally of six goals. 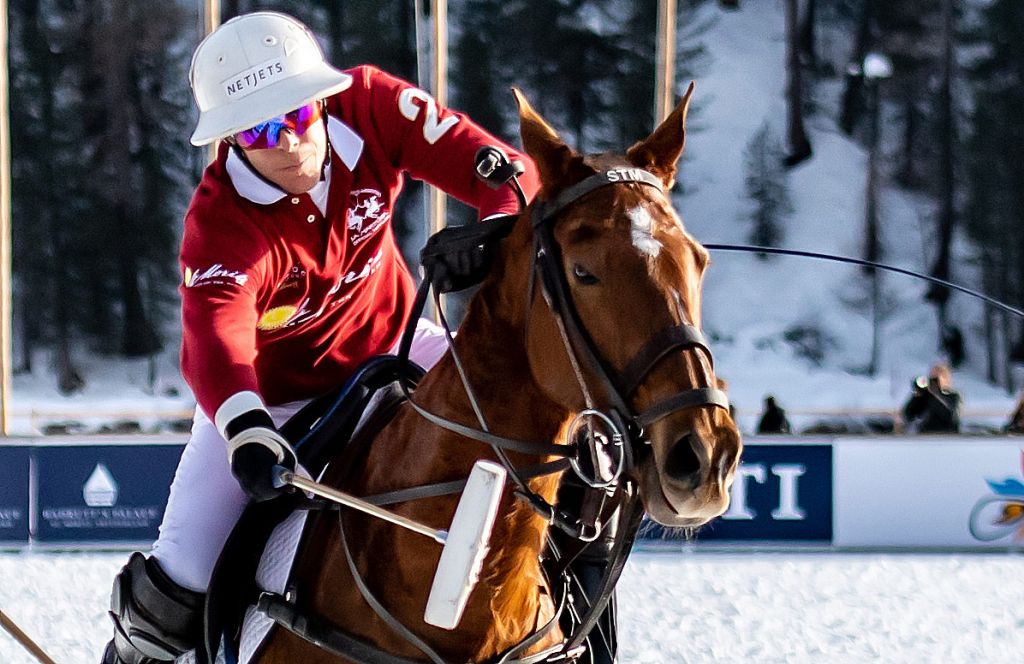 Starting with a half goal advantage, Azerbaijan initially looked strong with their Captain Elchin Jamalli storming straight out of the line-up and scoring. But St. Moritz was not intimidated and set about dampening the flame of attack from Azerbaijan Land of Fire.

It was a truly spectacular game, with fantastically close marking, clean and fluid play with very little whistling from the two mounted umpires.

The commentator, Jan-Erik Franck quite rightly called it, “High-class polo” and how right he was. The red shirts of the St. Moritz team worked well, dominating the play and stamping their authority with the half-time score reflecting their dominance at 3-1½. 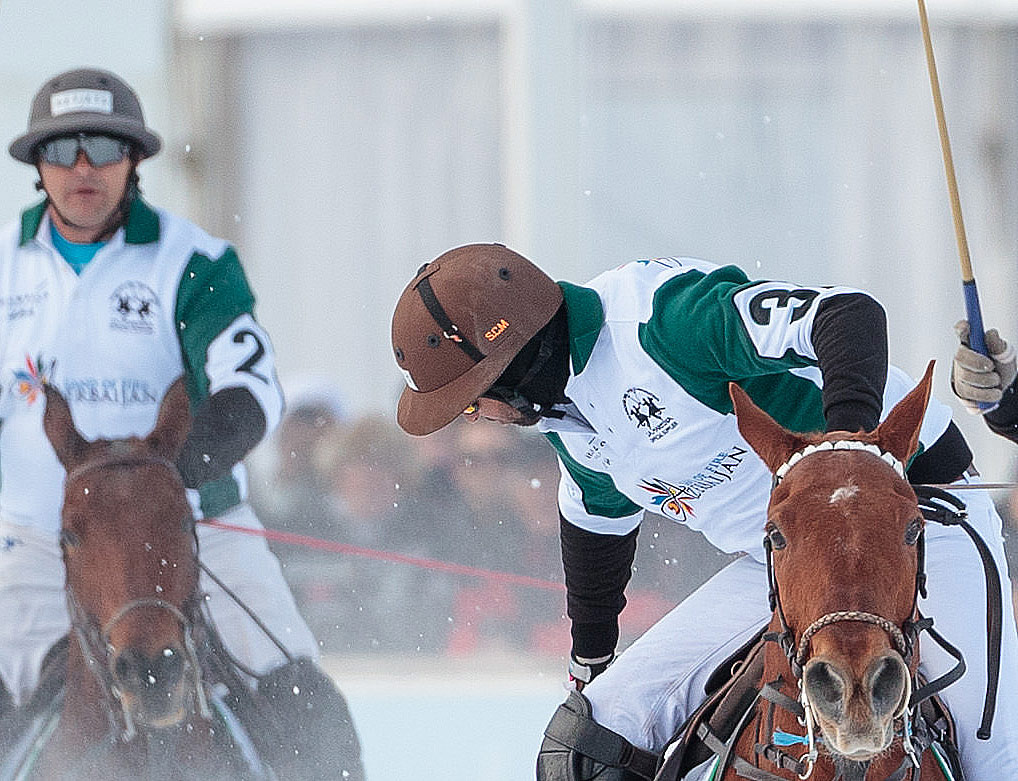 Truly remarkable polo and end-to-end-action
After a half-time talk and regroup, the Azerbaijan line-up were more productive, with Agustin Kronhaus making himself useful alongside the flashy skills of Pato Bolanteiro. The result was some remarkable polo. Time flew by, as a goal answered a goal as the Azeri team clawed themselves back into contention.

It was end-to-end action as Kronhaus and Jamalli chipped away at the St. Moritz lead. But with Charlton seeming to have stolen their fire it was not enough and the red shirts of St. Moritz claimed the first slot in tomorrow’s Final with a score of 6-5½.

Speaking to Gonzalez after the match he said: “We were worried going into the game today, the first chukka they were strong, but then we got a couple of goals, and it all changed from there!”

However, having beaten Badrutt’s Palace yesterday, Azerbaijan – Land of Fire are still in with a chance – making the second match of today, all to play for.

Due to the goal differences in the matches yesterday and the complex calculations of points awarded and goals conceded some maths came into play. In a somewhat unexpected turn of events, Azerbaijan Land of Fire had lost the first Semi-Final game by such a small amount it meant that in the second match of the day, either Badrutt’s Palace or Maserati had to win by a margin of at least four goals to secure a place in Sunday’s Final. 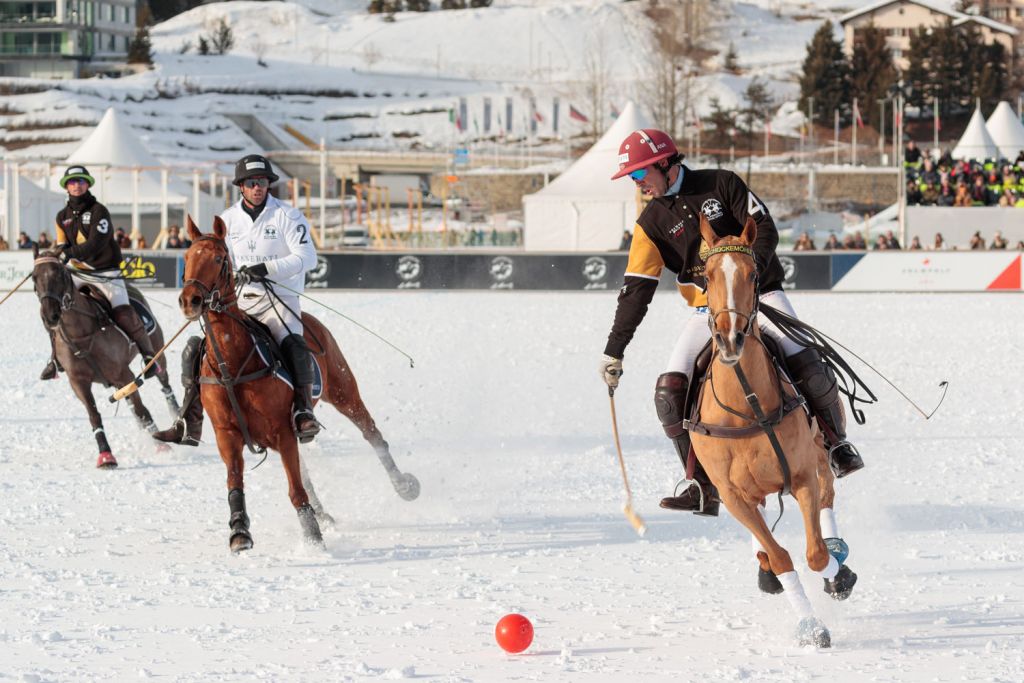 So, it was with steely-determination to make tomorrow’s big event that both teams came out all with all guns blazing, aiming for a place in the Final. In a last-minute change of line-up, Badrutt’s Palace decided to replace Juan Bautista Peluso for Marc for the game today. Maserati has a 2½ goal advantage due to the difference in handicaps and this proved to be the difference. They held on to this lead throughout the game due in no small part to their strong, solid play. 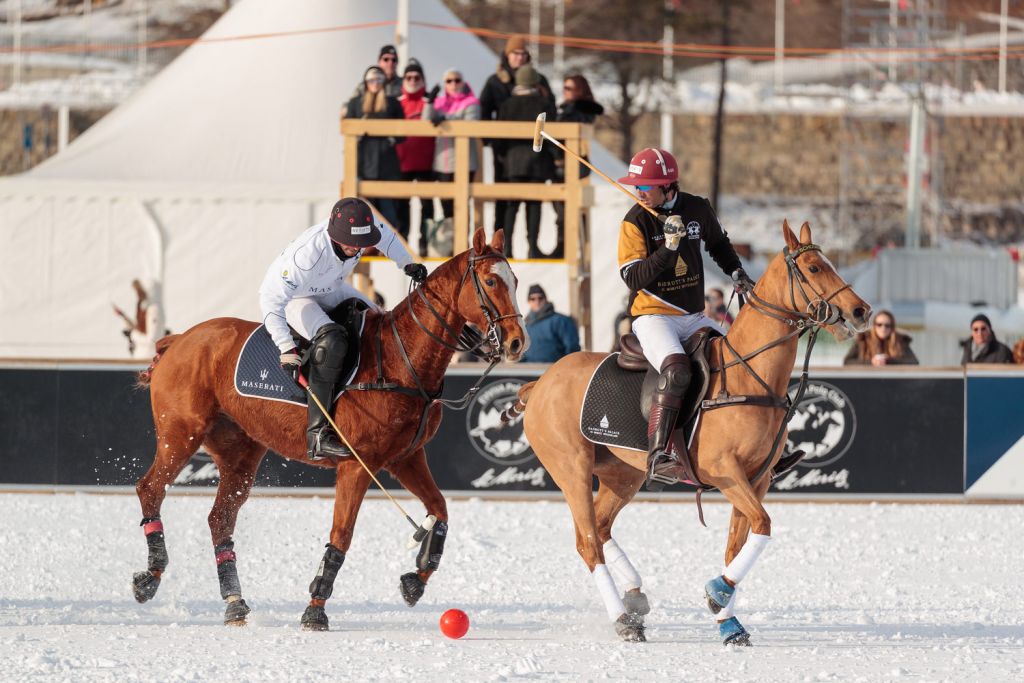 It was still anybody’s game with a score of 3½-1 at half-time. Both team captains played well, with Kutlay Yaprak and Melissa Ganzi both slotting home penalties for their sides in the second half. Despite the eight-goal magic of American International Nic Roldan. And the best goal of the tournament so far from Alejandro Novillo Astrada, it was not to be Badrutt’s Palace’s day, and it was a case of, a too little too late.

So the polo gods had spoken, and Maserati defeated 2019 champions Badrutt’s Palace 4½-3 for the Deutsche Bank Wealth Management Challenge.

However, despite their best endeavours to get as many goals on their total tally as possible, the final score difference was not enough to secure Maserati a place in tomorrow’s Final. So now, all attention turns to the Final tomorrow which will be a rematch of the first game today between Azerbaijan Land of Fire and St. Moritz.

“If today’s performance is anything to go by, everybody at the event or joining the 500,000 streaming online, will be in for a rare treat of polo gold.”