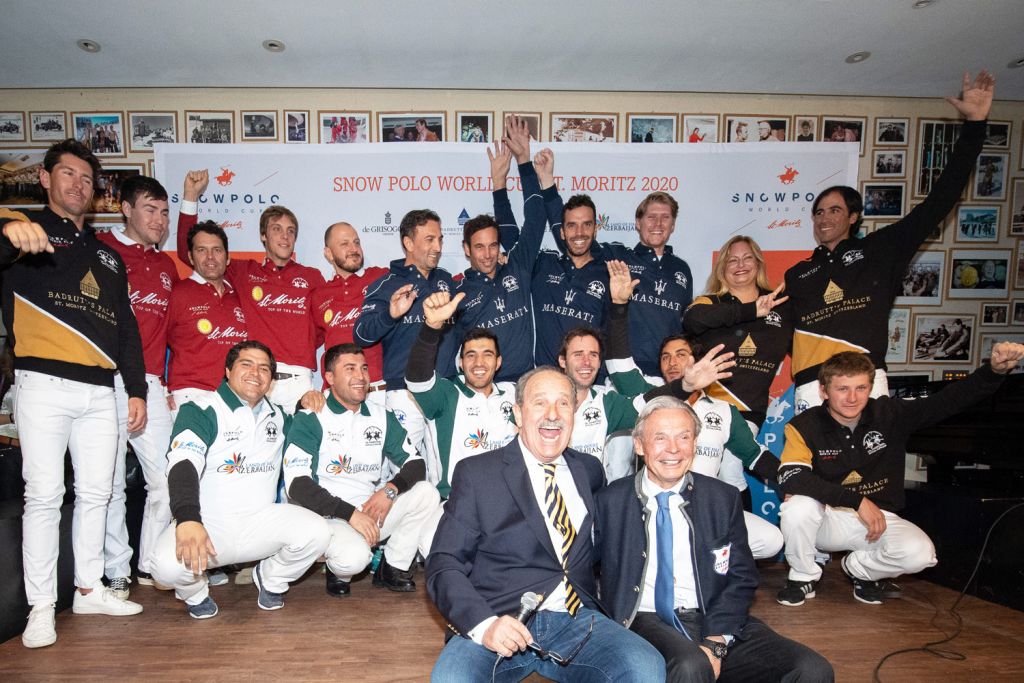 The annual Snow Polo World Cup St. Moritz is here and if Kitzbühel was anything to go by, should be a cracking competition.

St. Moritz is the oldest and most extravagant snow polo event in the world. Now in its 36th year, the annual event draws thousands of spectators and world-class polo players from all around the globe to the uber glamorous resort in the heart of the Engadin Valley. 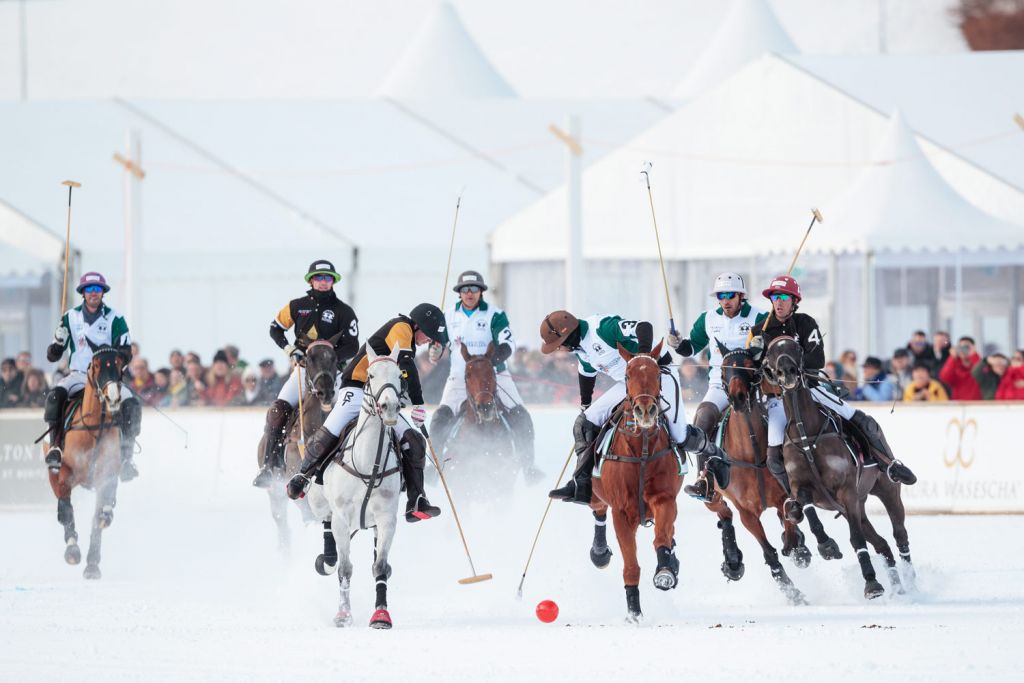 Badrutt’s Palace, returning to St. Moritz as defending champions with the irrepressible Melissa Ganzi at the helm – the only woman to win the tournament in its history – were hotly anticipated on the frozen lake as they lined up against Azerbaijan Land of Fire for The President’s Trophy; the inaugural trophy of the tournament.

Playing again for Badrutt’s was eight-goal powerhouse Alejandro Novillo Astrada whose snow polo experience combined with St. Moritz first-timer Nic Roldan’s renowned flair and extravagant play; alongside the young and talented Juan Bautista Peluso seemed on paper to be a winning formula for Badrutt’s. However, Azerbaijan Land of Fire had other ideas and intelligently and efficiently shut down the black-shirted Badrutt’s team from the first throw-in. 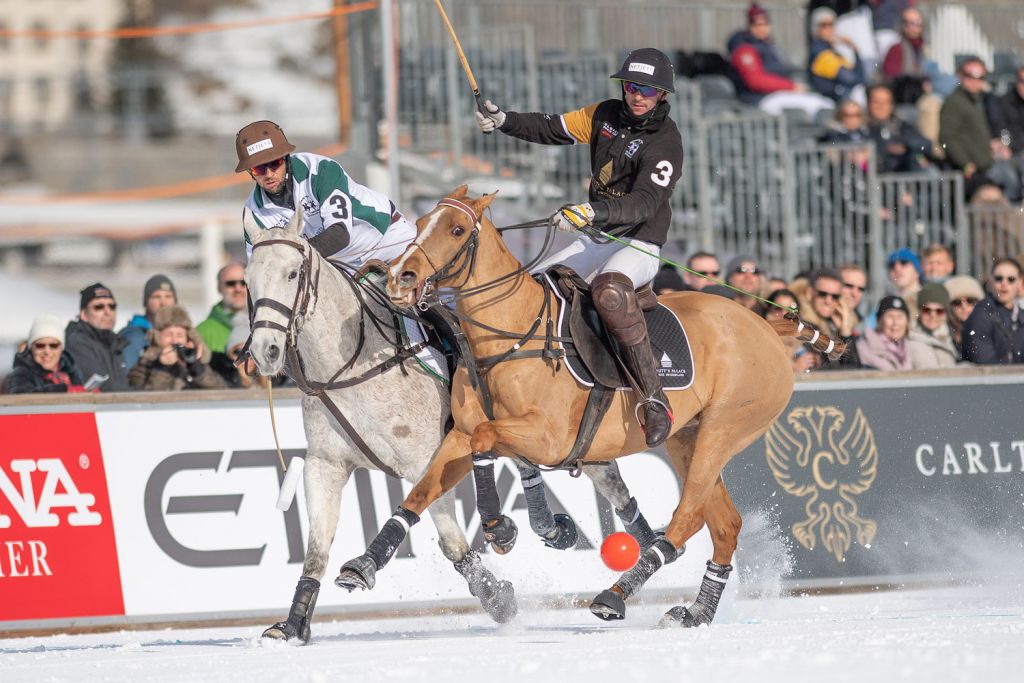 Capitalising on their initial two-goal handicap advantage, they remained undaunted notching up a further four goals with only one in reply, form their opponents at half-time. In the second half, Badrutt’s Palace regained their composure, rallied and scored three goals to Azerbaijan’s two, but it was a case of too little, too late and with only four chukkas and no more time, they could not catch Elchin Jamalli and his white-shirted fire starters. 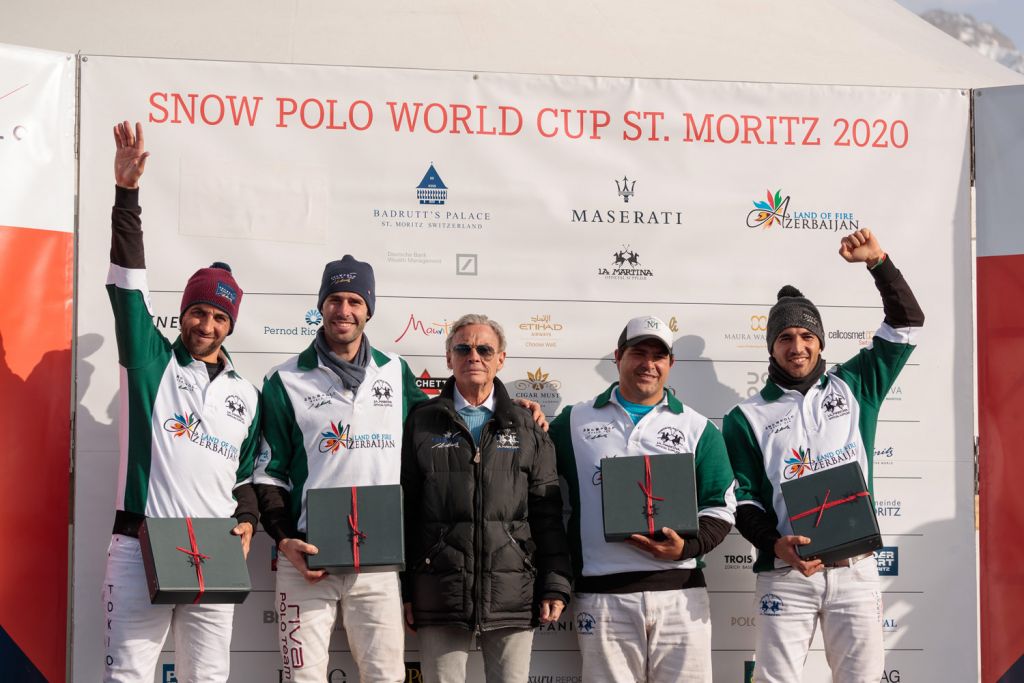 The final score was a decisive 8-4 victory to Azerbaijan Land of Fire, who have firmly marked their arrival on The Snow Polo World Cup St Moritz.

“This is the best playing surface we have ever seen at the event”
Reto Gaudenzi, the Vice President and CEO of the event celebrated his birthday today, and the sun gods rewarded him with the perfect warm, sunny day, providing ideal conditions for the live streaming of the event to over 500,000 viewers and to the delight of the world’s media and photographers who flock to this event every year.

Reto told us, “This is the best playing surface we have ever seen at the event, it means we are seeing fast, open play which is fantastic for the players and spectators too”. 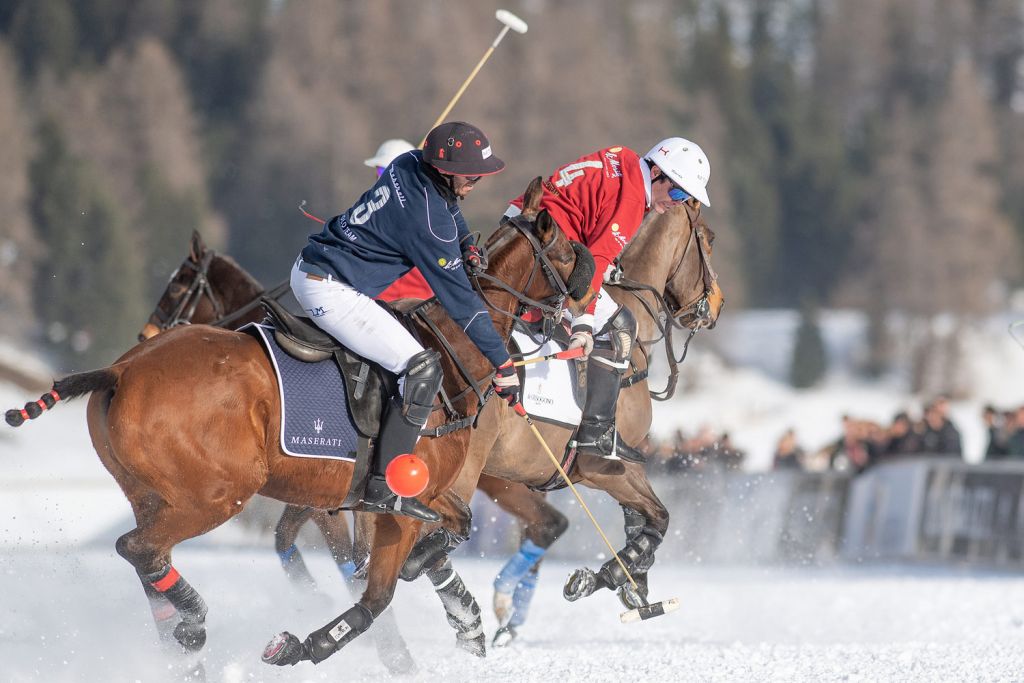 The fun in the sun continued with the second match of the day between team St. Moritz and the horsepower of Maserati for The Hatecke Challenge. Four-time winner of the event and English arena maestro Nacho Gonzalez was on flying form, perfectly complimenting the impressive skill of fellow countryman Max Charlton for the red shirts of St. Moritz.

The dynamic British duo worked well together, effectively closing down the best endeavours of their opposition. The result was that Valentin Novillo Astrada, (who was carefully marked by Robert Strom) and Adrian Laplacette Jnr collectively did not really have a chance to display their open style of polo.

However, this did not result in anything other than thrilling play; the match was a close run affair throughout with outstanding action in particular from Fabio Meier who had swapped to the Number 4 position and excelled – effectively ‘shutting the back door’ in defence, as well as seizing opportunities in attack. The spectators in the packed stands were rewarded with a close ‘all to play for’ score of 2-2½ at half-time. 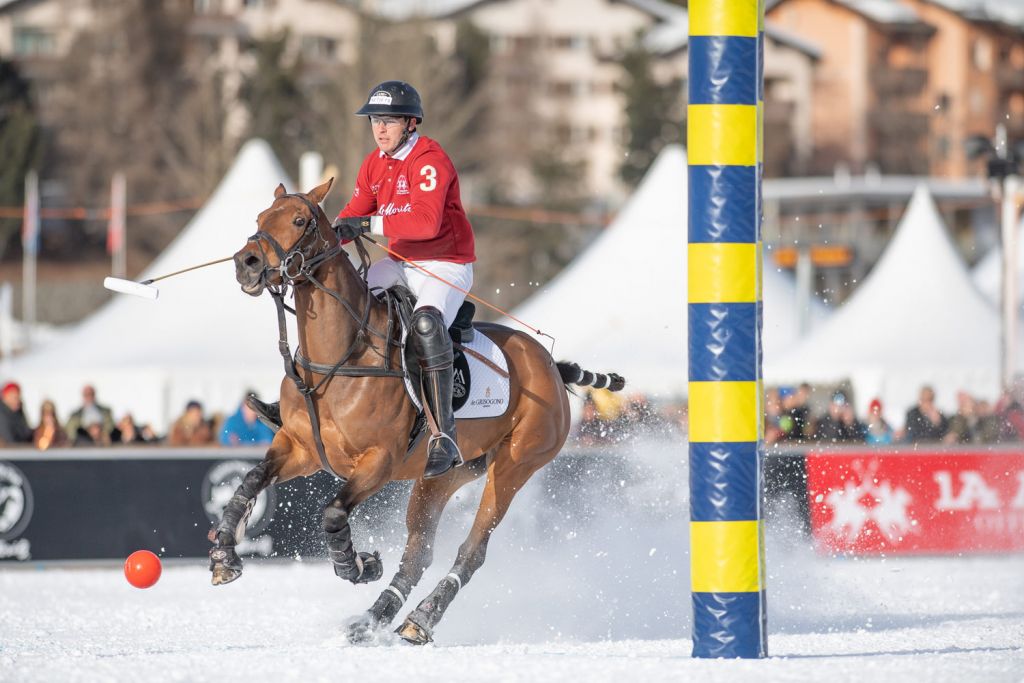 The second half was much of the same with 2019 finalist Valery Mishchenko working hard to close down Kutlay Yaprak, playing in his first-ever match in St. Moritz. Maserati was trying hard to make an impact, but it was not enough to stop the combined firepower of Charlton and Gonzalez really take effect in the second half, with the final score resting at 6-2½. 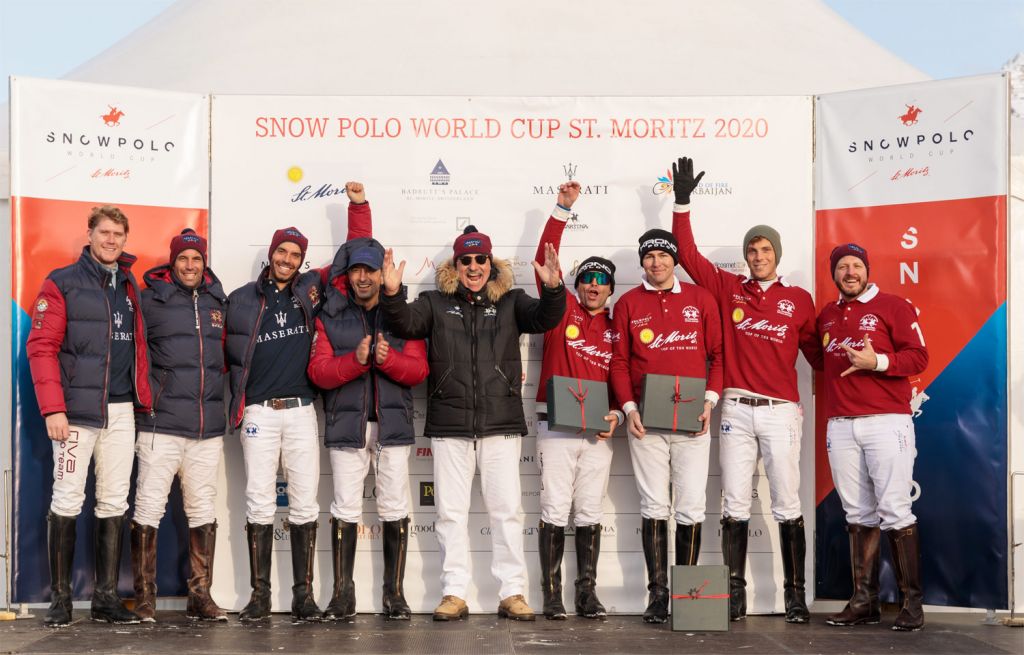 Impressively, Charlton scored five out of his team’s six goals. The polo action continues tomorrow with Azerbaijan Land of Fire playing against St. Moritz at 12.00 pm local time and then at 2.15 pm Maserati versus Badrutt’s Palace to decide the line-up for Finals’ Day on Sunday.