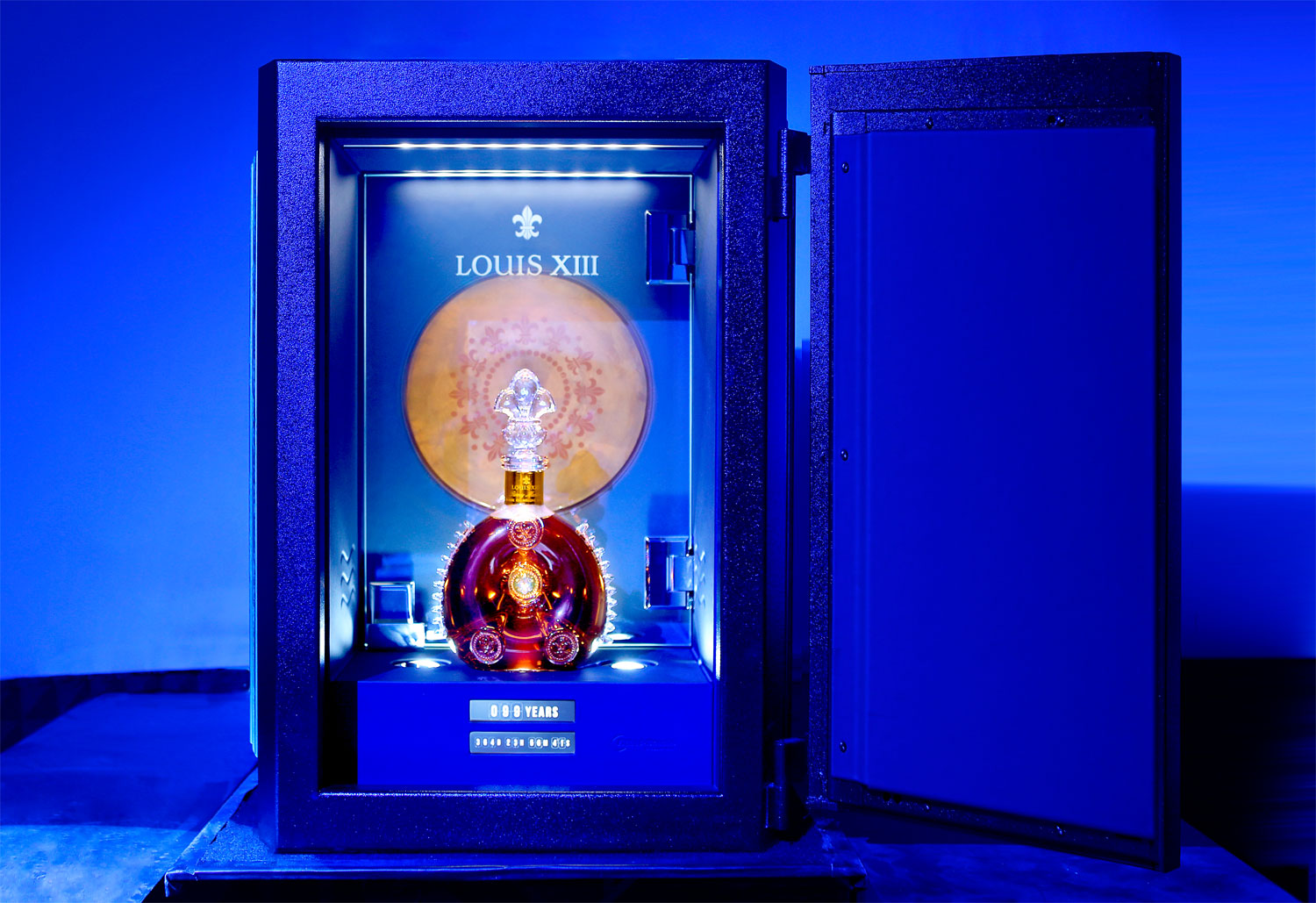 Collaborating with musician Pharrell Williams, King of Cognacs Louis XIII recently premiered “100 Years” – The Song We’ll Only Hear If We Care at a private party in Shanghai.

This most unique and original project by Louis XIII and Pharrell Williams isn’t just a song which will be locked away in a vault and then revealed in the year 2117. 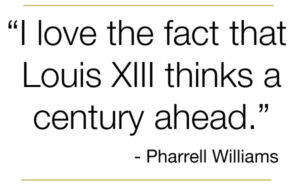 It has an environmental message which plays an intrinsic part in the very core of its creation.

This specially written song was recorded on a disc made from clay taken from the soil at Cognac. It is now stored in the cellars of Louis XIII in a state-of-the-art safe specially designed by Fichet-Bauche that is only destructible when submerged in water. 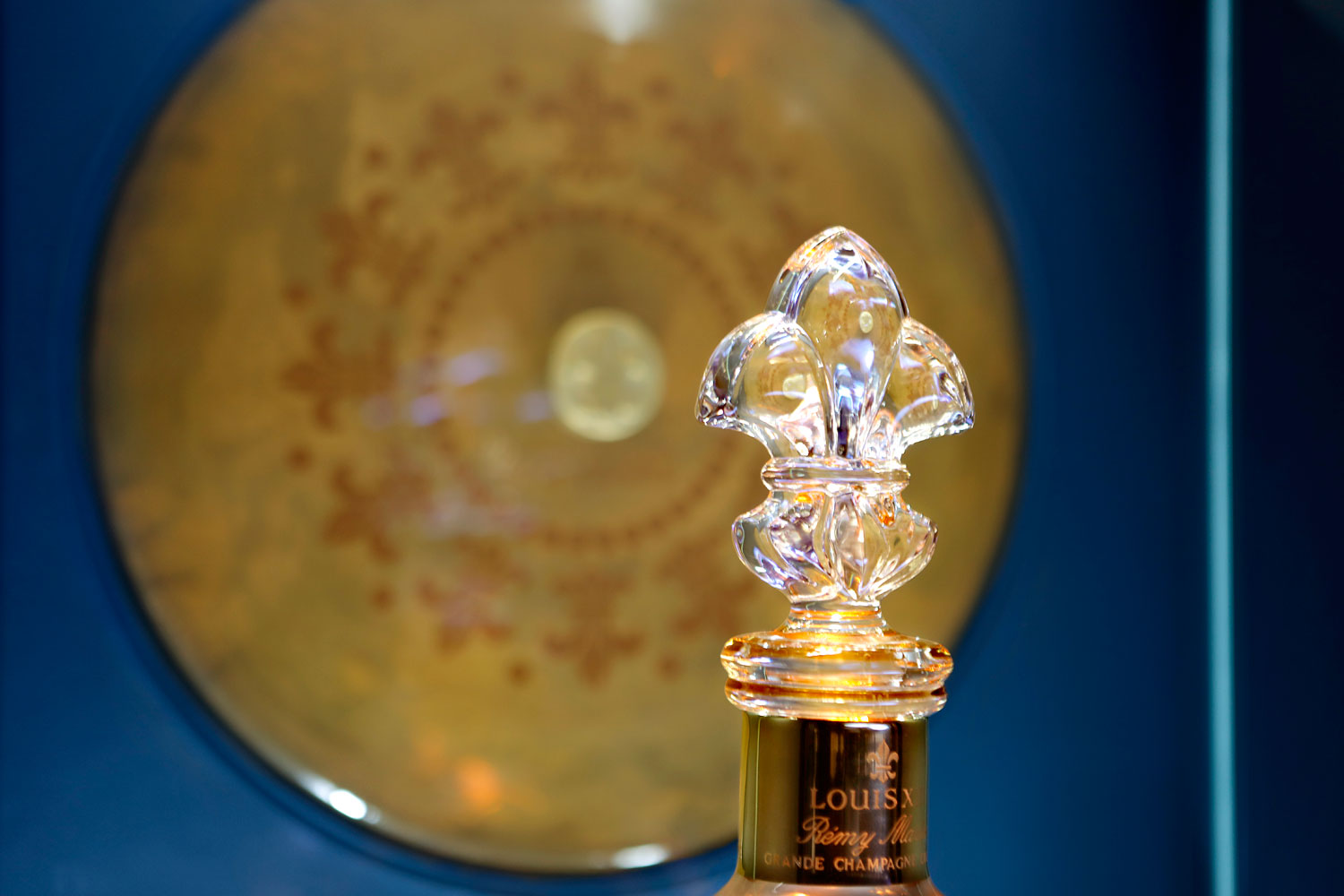 The rationale behind this is simple yet brilliant – if the sea levels continue to rise at its currently alarming rate caused by climate change, environmentalist and scientists have predicted that in a century, a large portion of the world will be submerged underwater.

And if this happens, then Pharrell’s single will be destroyed by water and will never be heard in 2117.However, if humankind manages to arrest the deterioration of climate change and in effect global warming, then this clay record will survive and future generations who open the safe will be able to listen to this song.

“I love the fact that Louis XIII thinks a century ahead”, said Pharrell Williams. “We should all do the same for the planet. We have a common interest in preserving nature for the future. Each bottle is the life achievement of generations of men and women. It’s all about legacy and transmission.” Pharrell has long been passionate about preserving our environment and how important human action is to addressing climate change.

A project conceptualized to inspire as much as to effect change, Pharrell and Louis XIII hopes that this will motivate people to reduce their carbon footprint, protect the environment and stem global warming. 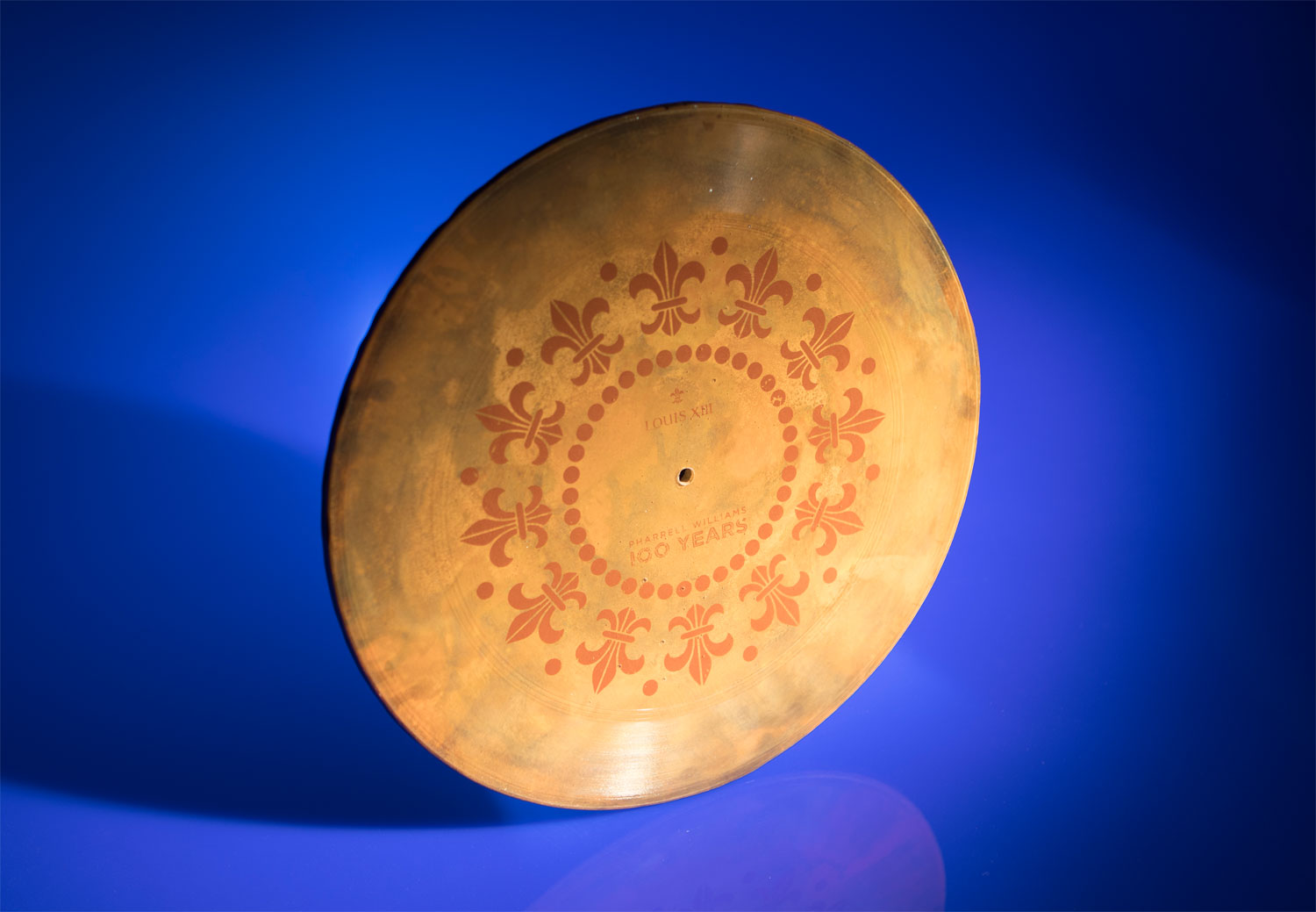 “We are incredibly proud of this innovative project,” said Ludovic du Plessis, Global Executive Director of Louis XIII. “Nature and time are at the heart of what we do. If the environment is unstable, even the greatest Cellar Master would not be able to compose the exceptional blend that is LOUIS XIII. Global Warming is one of the most important issues of the 21st century; with 100 Years – The Song We’ll Only Hear If We Care, we hope to inspire people around the world to take action.”

This project has similarity with the 2015 project when Louis XIII partnered with renowned actor and creative visionary John Malkovich to create “100 Years: The Movie You Will Never See,” a thought-provoking artistic work that explores the relationship of past, present, and future in a movie which will only be seen in 100 years’ time.

Appropriately, 100 years is also a timeframe which is important for the Louis XIII cognac. Each decanter of this King of Cognacs represents the life achievement of generations of cellar masters and therefore Louis XIII must always plan ahead.

Since 1874, each generation of cellar masters has selected from the cellars of Louis XIII the oldest and most precious Eaux-de-vie as a legacy to his successor for the coming century.

Louis XIII is composed of a blend of up to 1,200 Eaux-de-vie which comes from Grande Champagne, the first cru of the Cognac region. Evoking aromas of myrrh, honey, dried roses, plum, honeysuckle, cigar box, leather, figs and passion fruit, Louis XIII represents the best life has to offer and crème de la crème of cognacs and is bottled in a beautiful crystal decanter which is mouth-blown by the most skilled master craftsmen. 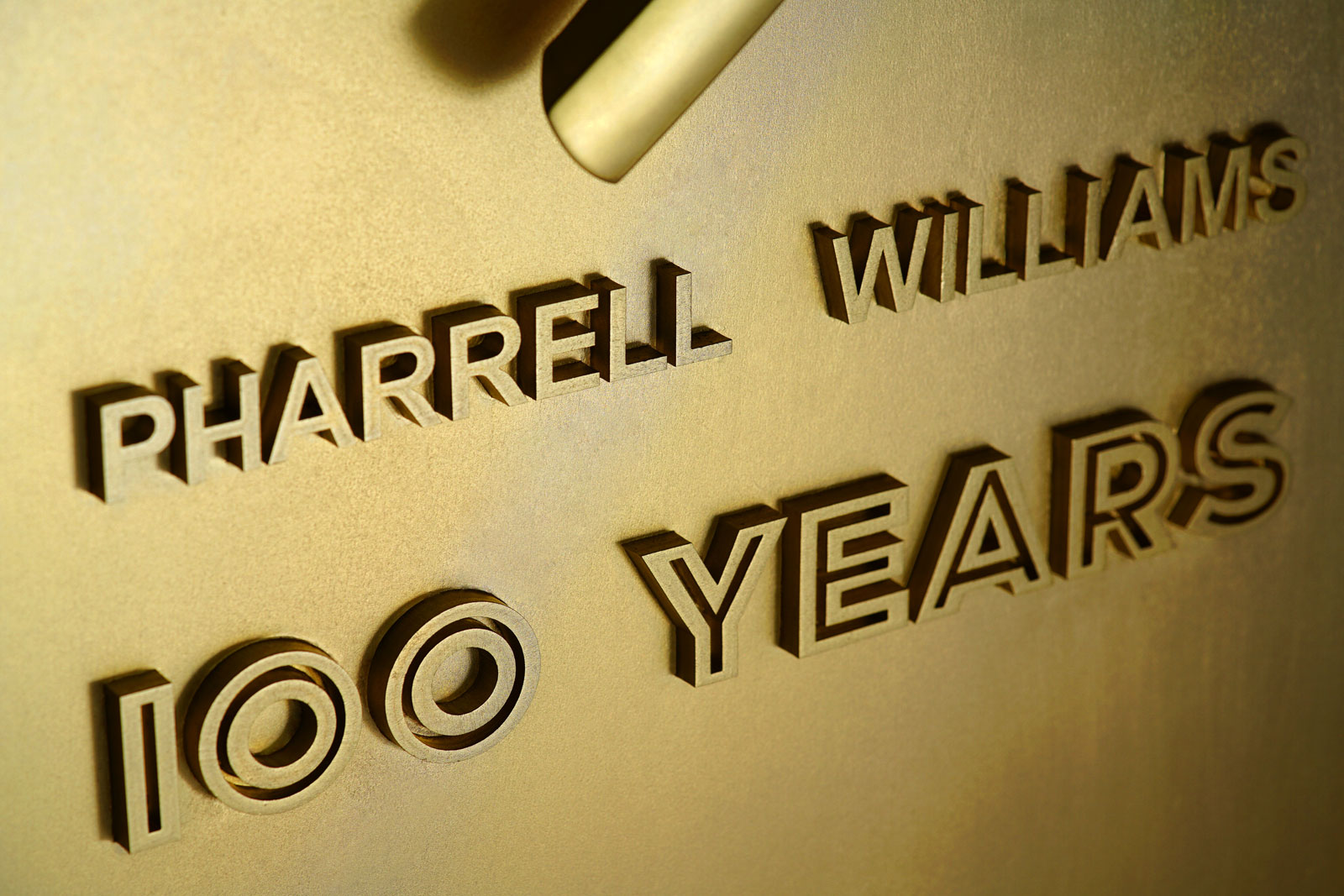