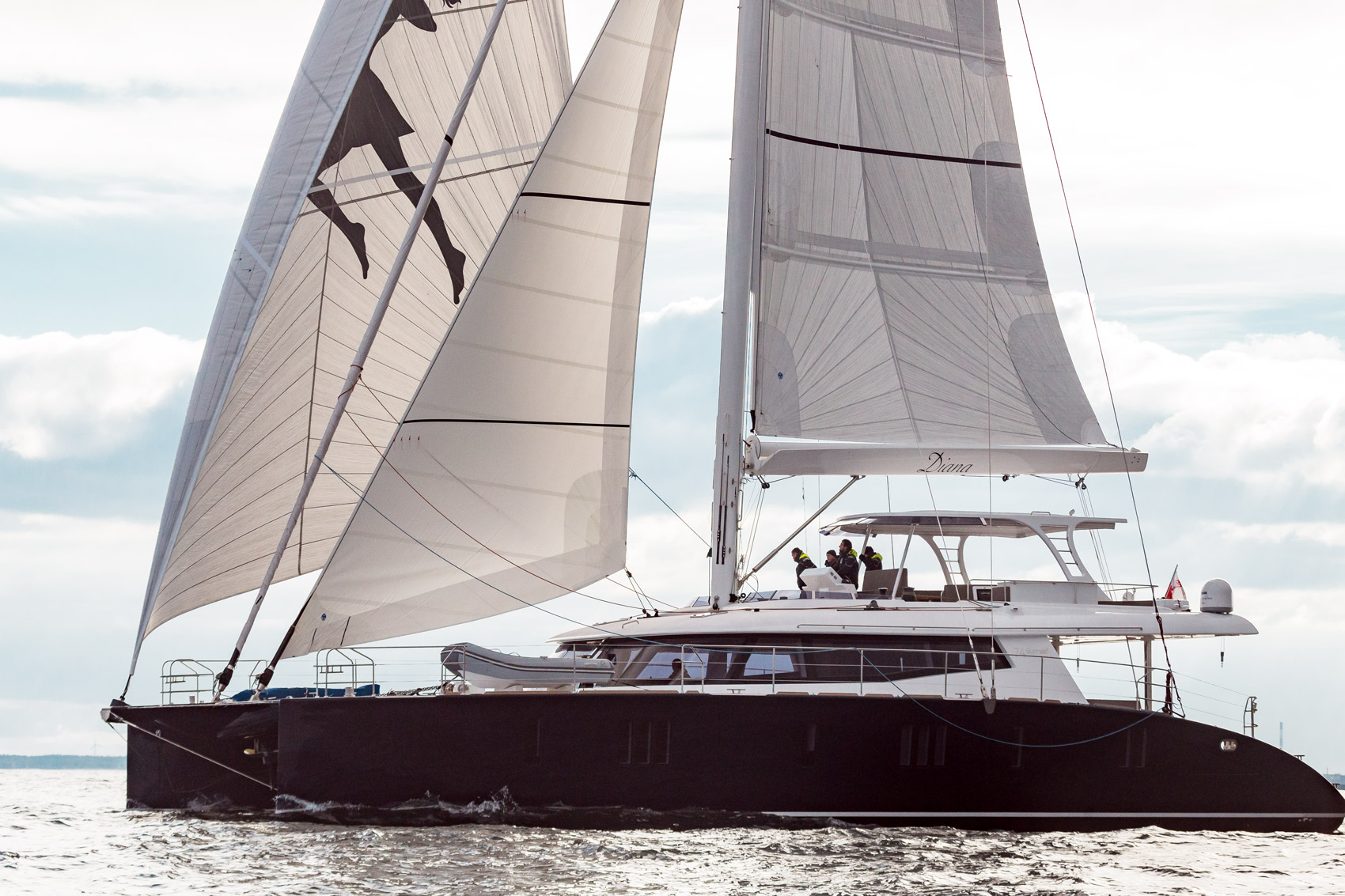 After spectacular launches of five fully customised units from the Sunreef 74 line, Sunreef Yachts introduces Diana, the most technically advanced edition of this model

With carbon bodywork elements and cutting edge rig, the yacht named Diana is a stately sail catamaran offering all the luxury and comfort one could wish for, without compromising the performance.

A Story of Memory and Ambition
Sunreef Yachts is famous for designing and manufacturing bespoke multihulls with over 60 ft in length. Every launch tells a different, captivating story. When a new catamaran sees the day at the company’s shipyard, it always reflects a specific vision and expresses her Owner’s personality. Diana was ordered by a retired Californian businessman – Dr George Lopez – founder of a billion dollar company, successful with many significant medical inventions. 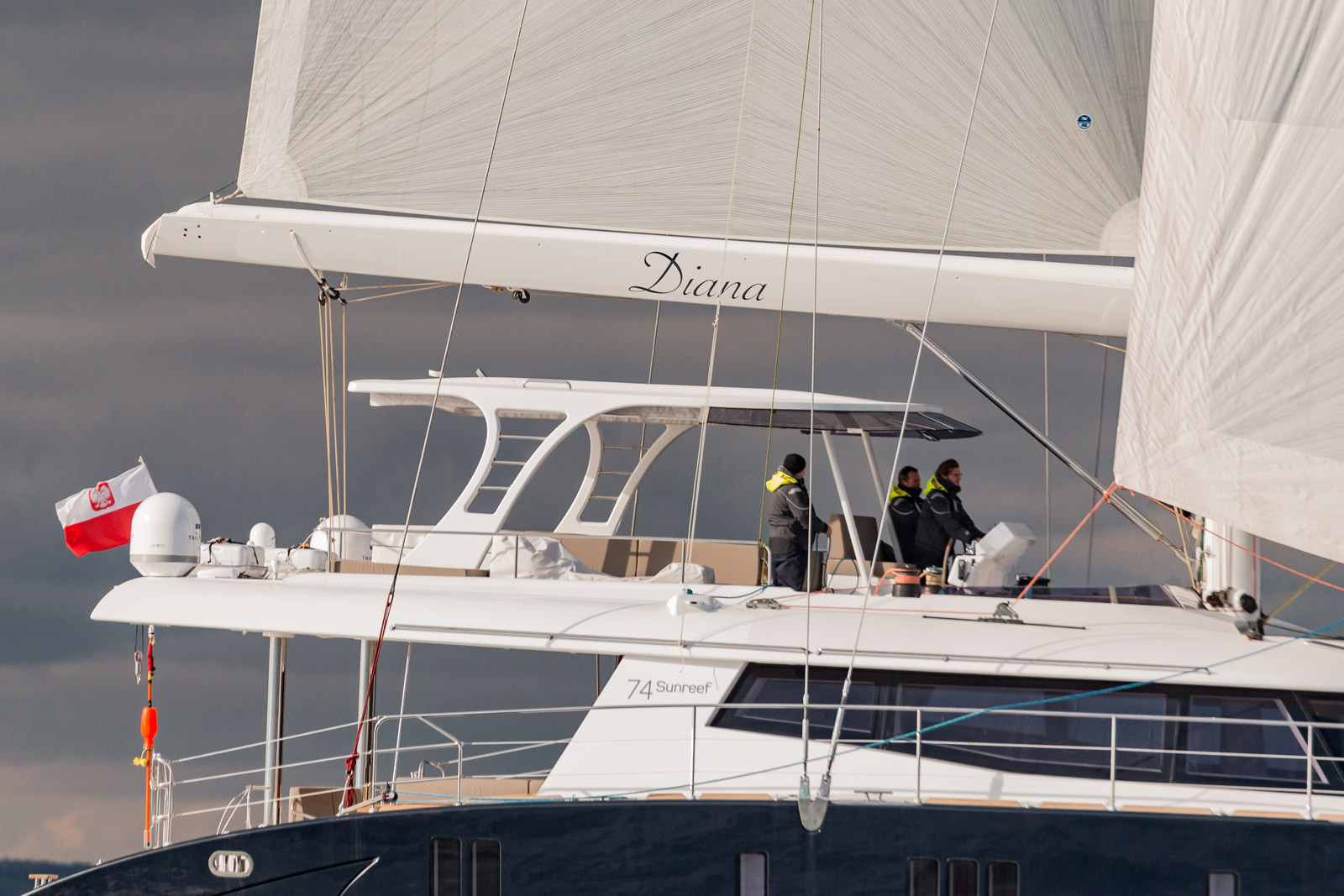 When Dr Lopez started to think about switching from his 62ft monohull to a bigger yacht, he engaged in numerous discussions with his family members and Ian McIntosh – skipper sailing with the Lopez family since the 90’s. As the family grew up, the limitations of a 62 ft monohull became increasingly apparent and on every trip, the family conversations turned to the topic of a bigger yacht. Initially, we were focused on monohulls in the 120-foot range, but Doc (Doctor Lopez) insisted that he wished to stay with a shallow draft yacht capable of being managed by a small crew, so we started talking seriously about building a catamaran. (…) I even remember saying in a meeting years ago that “it would be even better if it had a fly-bridge.” A short search on the internet brought me to the realisation that a gentleman by the name of Francis Lapp had explored the exact same concept and was in fact, building fly-bridge catamarans in Gdansk, Poland.

Thus started our relationship with Sunreef Yachts. We were patient, waiting out the 70 series until Sunreef designed a yacht that combined true sailing performance with the comfortable living conditions that catamarans are renowned for. – recalls Ian McIntosh, who later managed the Diana project on the Owner’s behalf. 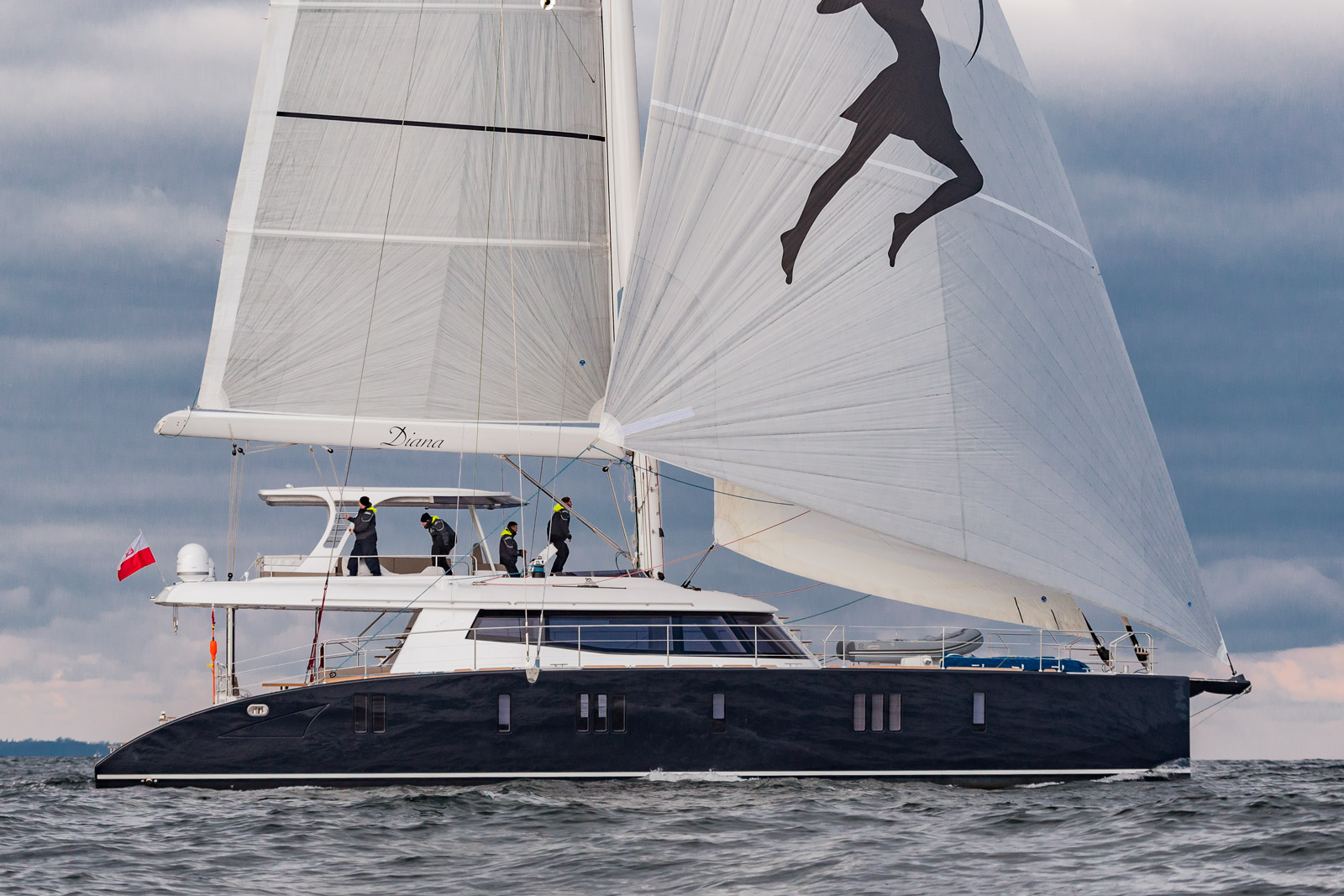 Dr Lopez decided to name the yacht Diana in memory of his late wife, who was a
doctor of Polish descent and passed away from cancer in 2006. With the ambition
to build a safe and seaworthy home away from home for his family to pursue
adventures around the world, he embarked on a unique catamaran build project.

Carbon Fibre – a Key to Balance Luxury and Performance
From the very beginning, the project had specific build requirements and a complex specification list. The extensive use of carbon fibre allowed not only to compensate for the weight of the yacht’s long list of equipment (including two tenders and a Jacuzzi) but also increased Diana’s performance. The yacht was given a carbon deck, flybridge, bulkheads and superstructure. As explains Piotr Czyz – Sunreef Yachts in-house project manager – The use of carbon fibre was our way to adapt the Sunreef 74 to the Owner’s navigation plans. The shipyard has significant experience in working with carbon – for instance, we produce our own carbon masts and have launched an 80ft carbon sailing catamaran – the Sunreef 80 Carbon Line Levante. 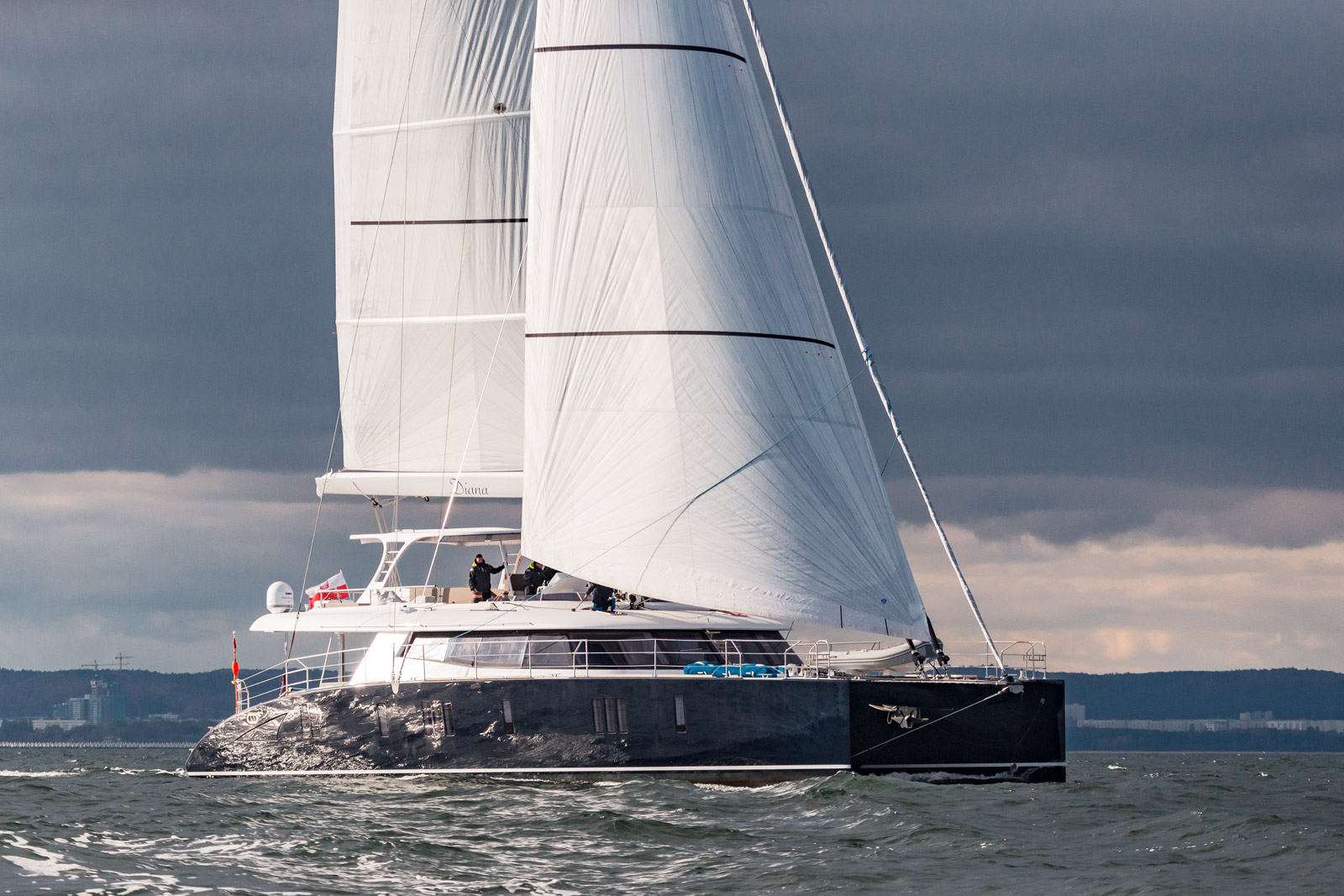