Sydney is now more expensive to live in than many other major cities including Paris, Manhattan and Hong Kong as well as London.

Sydney is now among the top 20 most expensive cities worldwide according to ECA International, the world’s leader in the development and provision of solutions for the management and assignment of employees around the world. 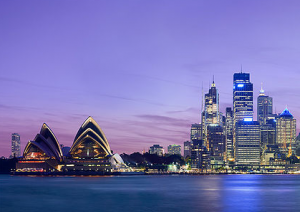 Food price increases of 5.2% in Sydney coupled with the impact of the strong Australian dollar have seen the city shoot up ECA’s ranking looking at cost of living around the world for international assignees.

Sydney is now more expensive for international assignees than Paris, Manhattan and Hong Kong as well as London.  A year ago, goods and services in Sydney were 3% more expensive than when purchased in Hong Kong. Now they are 17% more costly.

“The strong Australian dollar which hit parity with the US dollar last November, and has strengthened further since, has been a significant factor behind the continued rise of Australian locations up the global ranking,” said Anna Michielsen, General Manager, Australia, New Zealand & Pacific for ECA International.

“While price increases have impacted on the purchasing power of Australians at home, international assignees coming into the country have seen their purchasing power affected by the stronger Australian dollar.   For businesses, the progressively stronger dollar means that companies sending people to Australia from many locations will need to continue to pay or even increase allowances in order for employees to maintain their purchasing power while on assignment.  Conversely, many locations previously considered expensive for international assignees moving overseas from Australia now seem surprisingly reasonable in terms of cost of living.”

Sydney has overtaken Canberra, which has jumped from 26th to 18th position year on year, as the most expensive Australian city.  Sydney and Canberra are followed by Brisbane (21st), Melbourne (25th), Perth (26th) and Adelaide (28th) – all these major Australian cities are now in the global top 30.

Living costs for assignees are affected by inflation, availability of goods and exchange rates, all of which can have a significant impact on assignee remuneration packages. To help multinational companies calculate assignment salaries, ECA carries out a Cost of Living Survey twice a year comparing a basket of consumer goods and services commonly purchased by assignees in 400 locations worldwide.

Price inflation is being witnessed around the world as the cost of food, oil and other commodities rise. In Asia Pacific, the prices of ECA’s basket of goods and services in local currencies have increased by around 4.8% on average. Prices have increased on average by 2.7% overall in Australia. Papua New Guinea (9.7%), Bangladesh (7%), Vietnam (6.2%), Indonesia (5.8%) and Hong Kong (5.5%) are among the Asia Pacific economies that have seen the highest rates of price inflation.

However, currency movements still have the biggest influence on rankings.  In Asia Pacific the Australian dollar appreciated most over the twelve months between surveys, followed by the New Zealand dollar.

In some cases, the combination of both strong currencies and inflation have contributed to a country’s rise up the ranking.  As well as Sydney this is happening in Singapore, Ulaan Baatar, Bangkok and Kuala Lumpur – these locations have risen by 32, 23, 20 and 16 places respectively.  Other locations have fallen in the ranking despite major increases in local prices. Hong Kong and Vietnam are examples of this – the weakening of their currencies has more than counterbalanced the impact of price inflation.

Tokyo remains the most expensive location in Asia Pacific – and globally – for international assignees. Although Japan is the only Asian country surveyed where the actual cost of goods in the ECA basket of goods has fallen, a strong currency and already higher costs for goods mean that cost of living for assignees is significantly more expensive than in other locations in the top ten.

Little change has been seen in China but Hong Kong’s drop in the ranking from  33rd to 45th means it is currently only marginally more expensive for international assignees than Beijing, ranked 46th and Shanghai in 47th position. Xi’an is the cheapest mainland Chinese city featured in the survey, ranked 126 places behind Beijing in 172nd.

Hanoi is the Asian location that has fallen most in the ranking from 200 to 224 while Karachi (at 240) remains the cheapest location in Asia and globally.